The restaurant is set to build on its musical heritage with the launch of a late-night DJ residency at its Langham Place, Oxford Circus pizzeria and bar.

Paul Weller’s daughter Leah will be hosting the residency every first Thursday of the month at the sociable pizzeria with a soulful set of deep grooves, R&B, funk and pop.

The ‘Langham Lates’ nights have been launched in celebration of the newly-opened venue, and this new residency allows guests to get closer to the artists they love.

It builds on the existing PizzaExpress: Live venues, which include the iconic jazz club venue in Dean Street, Soho along with The Pheasantry in Chelsea and pizzerias in Maidstone and Birmingham.

The pizzeria chain has a long musical heritage, hosting its first ticketed show back in 1976.

It now presents more than 2,000 shows each year across its venues, with acts such as Gregory Porter, Laura Mvula, Van Morrison and the late, great Amy Winehouse taking to the stage. 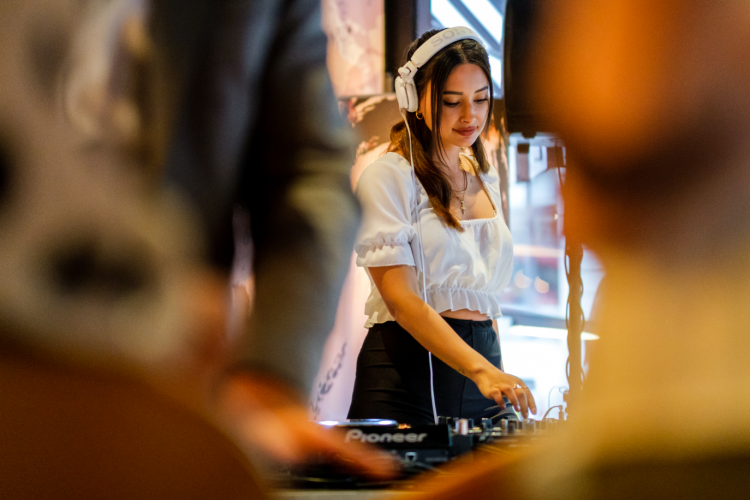 The first ‘Langham Lates’ DJ residency was kicked off this month with Leah Weller delivering a three-hour set to a packed audience of music-loving pizza fans.

Leah was joined on the evening by her talented chart-topping mother – British Soul, R&B and pop singer of “Wham!” fame, Dee C Lee, along with Leah’s striking husband, the model, and artist, Tomo Kurata.

Music artist, Jack Remmington, of X-Factor, ‘Jack and Joel’ fame, was also spotted among the crowd, showing his true-love for the iconic pizzeria by wearing a black and white striped tee.

The ‘Langham Lates’ residency will be running for six months on every first Thursday, from 7.30pm ‘til late.

You can also catch the talented singer, songwriter perform her own material at PizzaExpress: Live Holborn, later this year on Thursday, 12 September. Tickets go on sale early this week.