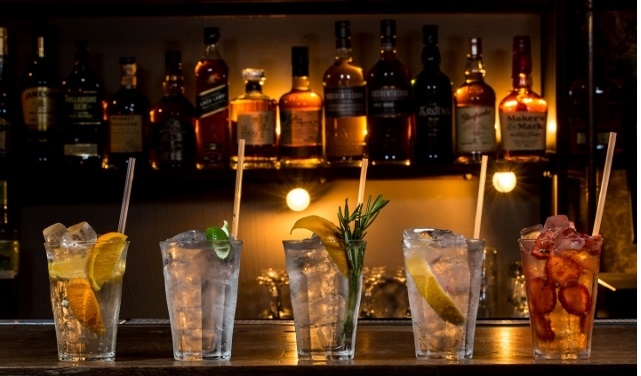 I learnt something quite extraordinary in the bowels of Ask for Janice in Farringdon last week. In the past few years as a food journo and chef, I’ve had the pleasure of trying everything from snake soup to Kopi Luwak. I’ve cooked at one, two and three Michelin star level, and even shared a scotch egg with Marco Pierre White.

But in the City of London that night, sat at a table at the Graphic Bar pop-up, I was told a truth about gin that practically took my head off.

Graphic Bar itself is arguably London’s premier gin destination, and this is a city that really loves its gin. Found slap bang in the middle of Soho, with one of the UK’s largest selections of different gins (currently standing at 305 variations); Graphic Bar have, this autumn, invaded the basement of Ask for Janice on the corner of Smithfields for an authoritative three months of booze-soaked frivolity.

And, with cocktails on the classic and house creation menus ranging from between £8-£10 and original G&T’s coming in at £9-£12, Graphic Bar is certainly decent value for moolah. They also hold a monthly “Gin Social” – a free gin workshop for those curious/aficionados/high functioning alcoholics looking to get to grips with lesser known distilleries, small batch productions and/or premium brands. 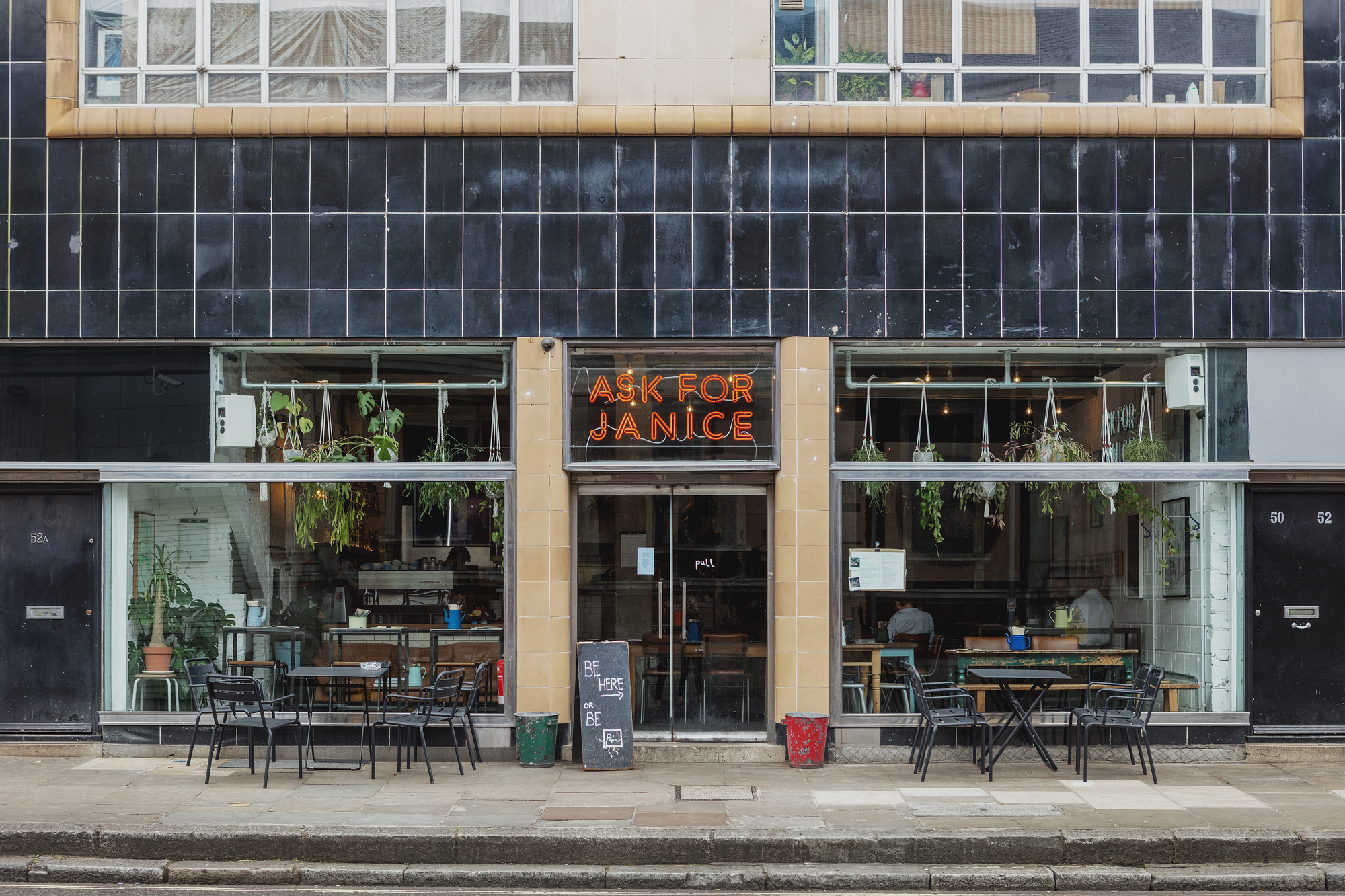 It is quite a bizarre setup, having one totally separate bar housed inside another, but I can’t deny that it’s pretty hip. And it was not my first time in this ever-changing basement, having spent a whacky evening at the Cocktail Trading Company pop-up a couple of years back. Back then, the basement was full speakeasy, but now it’s been completely stripped back, closer to an underground car-park than anything.

Now, I was sat at one of the tables in the Graphic popup with my companion Mjölnir, who had arrived a little before me and was picking at a pot of Amfissa olives and nursing a Beastie lager before the start of our gin odyssey. With my eyes lighting up at the different gin options on the menu, she turned to me and said:

“You know, the funny thing about gin is that it’s essentially flavoured vodka.”

Thinking I’d been lumbered with a rather troglodytic drinking buddy, I shot her my best middle class smile and ordered away a Rumple Pumkin – a mix of the East LDN Liquor Company’s Batch #2 gin, Cocchi Torino, Aperol, pumpkin, rosemary and salt.

Sporting a hearty branch of rosemary, the Rumple Pumkin was wonderfully Christmassy and all kinds of supple. The very real taste of pumpkin, blended with exquisite gin from East London’s very first distillery, had me even more convinced that my companion’s statement of a vodka/gin similarity was nothing but outlandish blubber. 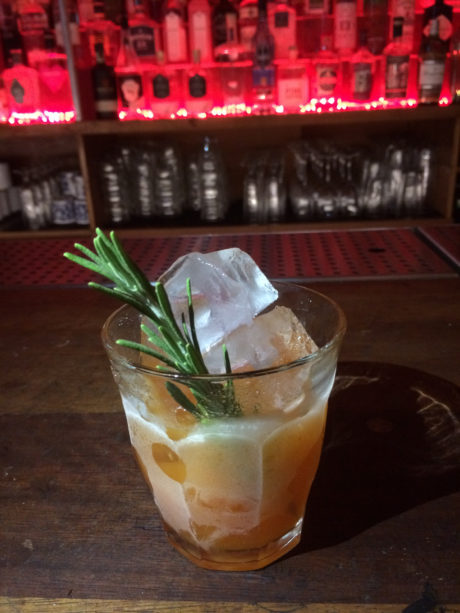 Mjölnir herself had now also started on the gin. Graphic Bar are famous for their paint tin punches, with three different varieties making their way over from the West End for the residency. She attempted the green tin – Hayman’s London Dry Gin, cucumber, mint and cloudy apple juice.

Graphic Bar certainly live up to their reputation as gin giants of London, with the basement slowly filling up with all sorts of capital-dwelling creatures. And they’re backed up by a really solid food menu from their upstairs landlords.

With focus on seasonal British, Ask for Janice’s sixteen dish-strong list of sharing plates is impressive viewing and certainly adventurous, with chargrilled courgettes with goats curd and black garlic one of the three options we couldn’t resist.

But I did find it odd, I have to say, to have been sat in what looked like an uber-urban squat while pouring over a gorgeous Soho Soda – Hayman’s gin, mixed berries, Cocchi Torino, bitters, prosecco and soda – and forking delicate spiced lamb shoulder with summer beans, feta and pomegranate. But that’s what you get when you combine minimalist free space, upmarket gin and creative British bar/restaurant. An amalgamation of all things London – but who was I to complain, really.

And my slightly jarred feeling was soon totally swamped by my shock of discovering that my companion’s outrageous gin statement was, in essence, true.

Basically, gin, explained one of the Graphic barmen, is a botanically infused neutral spirit with juniper often its most prominent flavour. Vodka is, by definition, a neutral based spirit, which means that gin is basically botanical vodka. 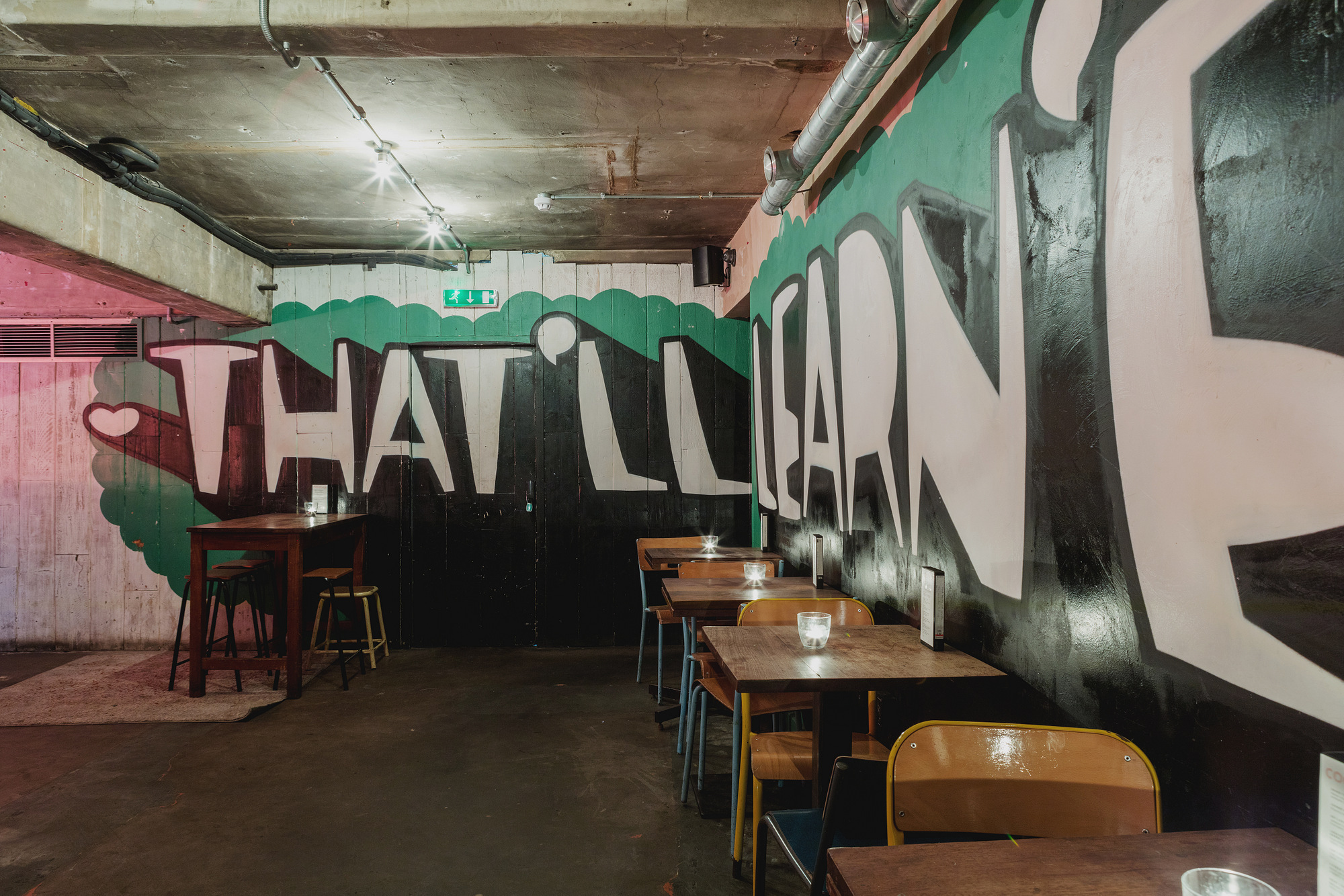