I have to say date night is one of my favourite nights and what more of a beautiful place to visit other than The Courthouse, Knutsford, Cheshire. The Courthouse is actually the sister hotel and restaurant to the Vicarage, Holmes Chapel. 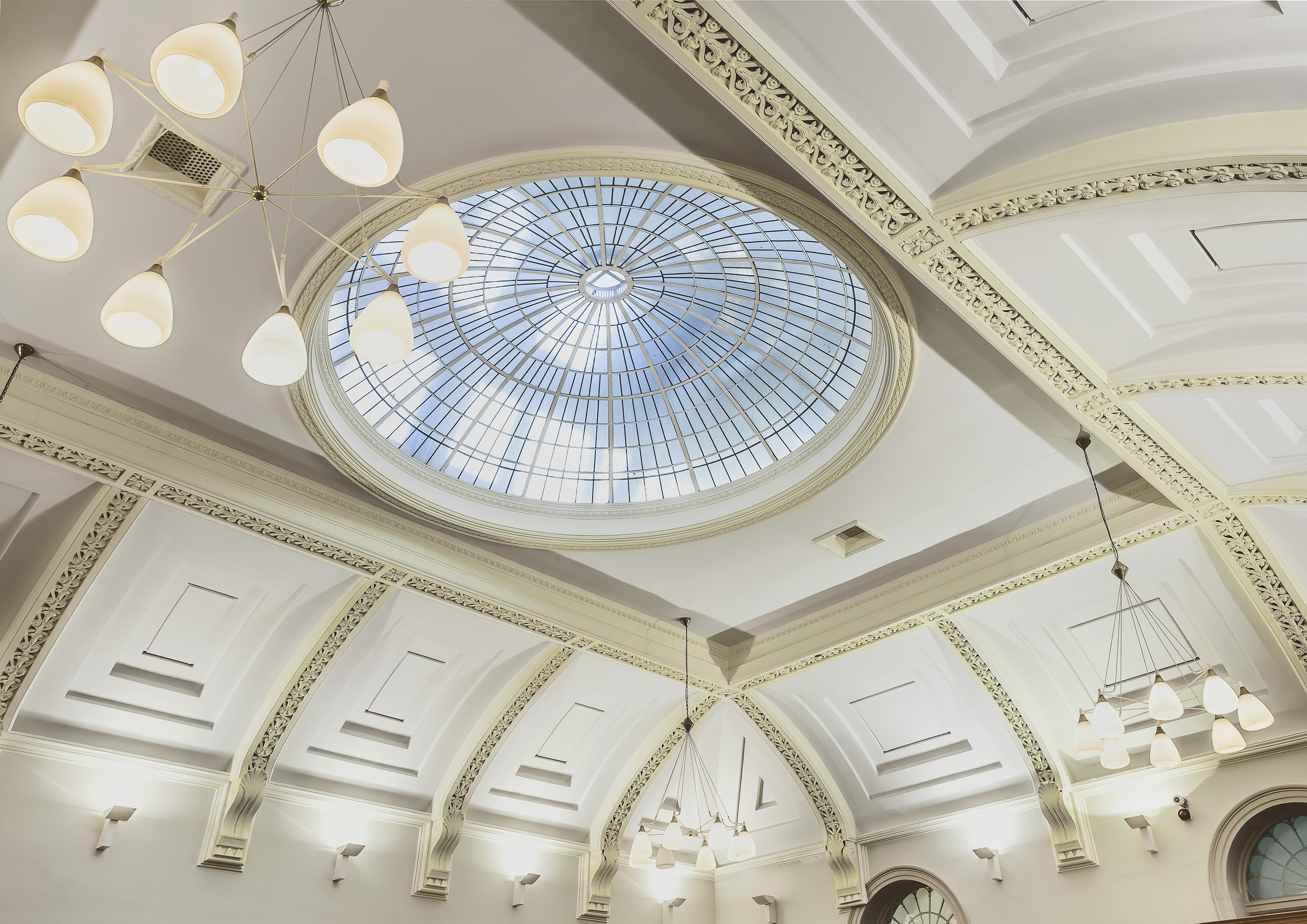 Cheshire-based hotel group, Flat Cap Hotels, has lunched The Courthouse and is actually the second property in its portfolio. It is one of the towns more iconic buildings and is now a Barristers restaurant and bar. They serve lunch, afternoon tea and an evening menu from 11am every day.

In 2010, the Ministry of Justice closed the Sessions House and moved local judicial proceedings to Crewe, leaving the magnificent Georgian building empty which is such a shame as it is a beautiful site. 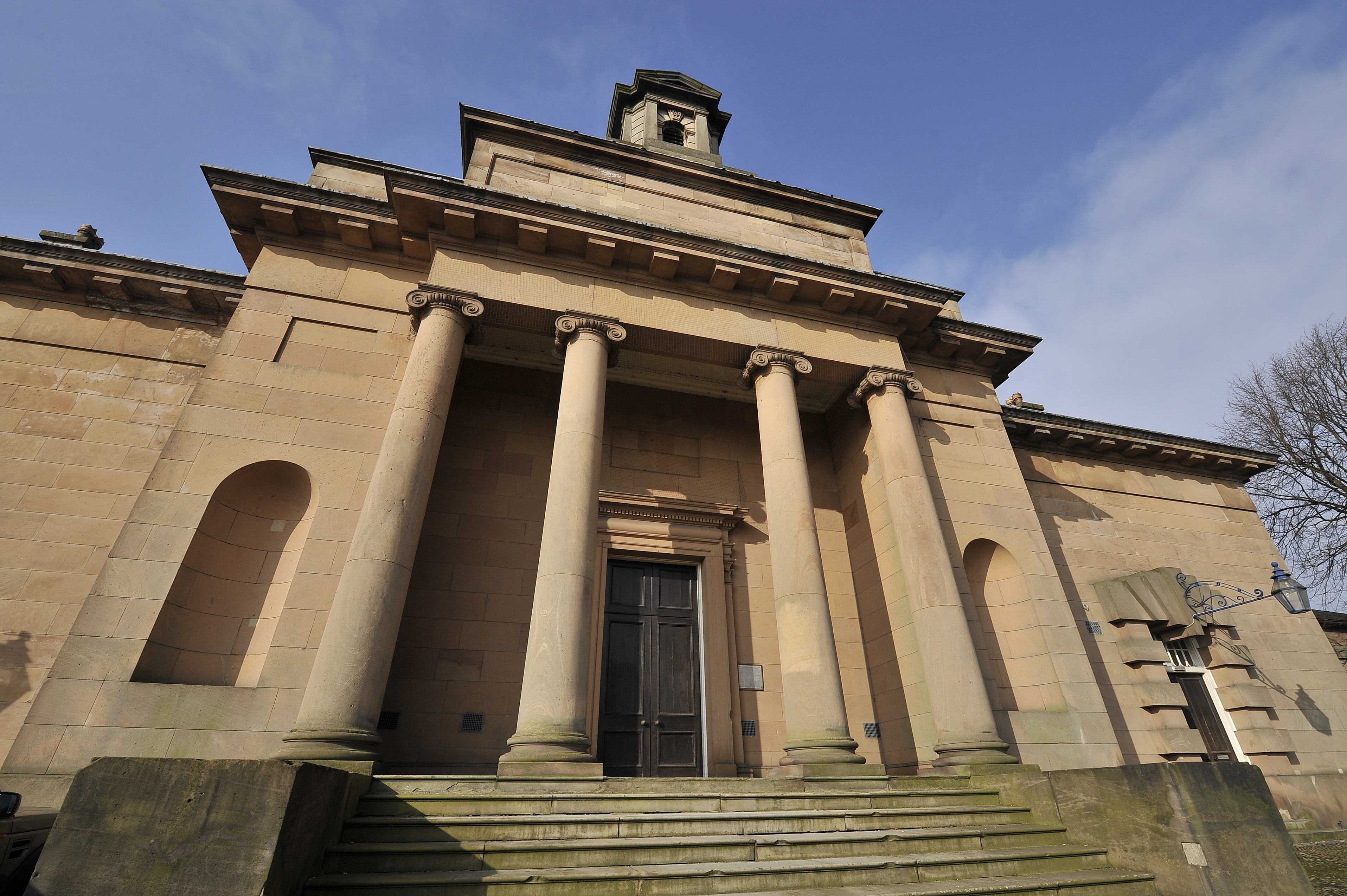 However following the success of the refurbishment of The Vicarage and having secured the site in Knutsford, Flat Cap Hotels embarked on its most ambitious and unique project yet. Which would be restoring the majestic property to its former glory and reinstating it back into the community.

As you walk up to the building you are blow away with the architecture. The building was built in 1818 and designed by renowned architect, George Moneypenny. Whilst restoring the grade II listed Session building they kept all the original features and architecture which was a brilliant idea as it keeps the huge presence that the building has. 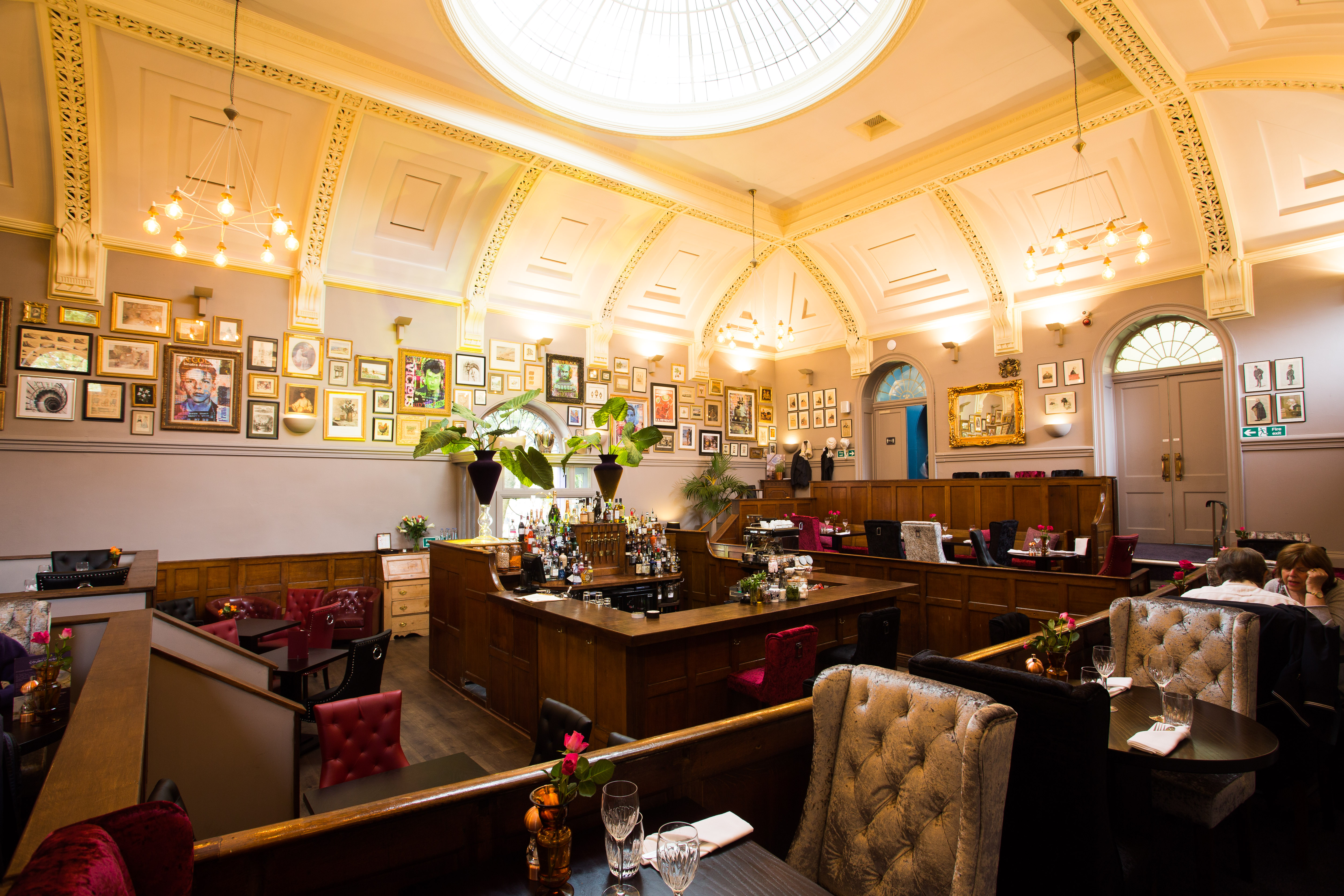 Me and my other half were seated just up some little steps. It was as if you were in the gallery of the court room, you could see everything from up there with the bar being the centre stage in the middle of the quaint room with imposing features.

he walls were filled with hundreds of mirrors and different pieces of art work. Flat Cap Hotels commissioned Vermilion Studios based in Knutsford, to produce eight pieces of artwork for the restaurant. The artwork was d
esigned by local artist James Blankhorn who created portraits of famous past convicts. Their opulent room now plays host to Marilyn Monroe, Steve McQueen, Sirius Black and Elvis Presley.

The staff were very attentive as they were always asking wether we needed more drinks and were happy with the food. They also told us more about the place from start to finish. 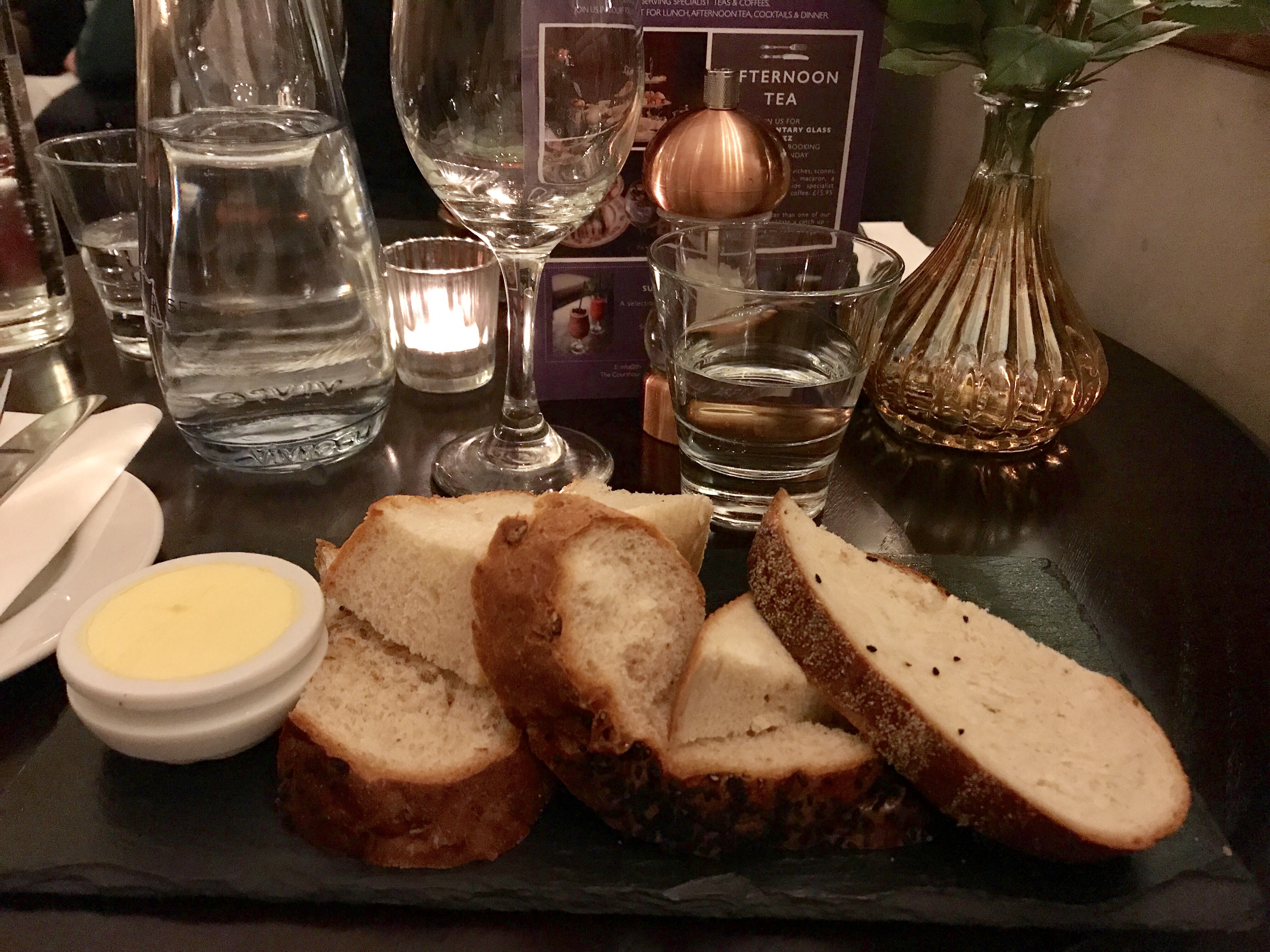 We had a look through the menu and thought we would try a couple of Titbits to share. We deiced to go for the House Bread, flavoured butter and the Padron peppers. The slices of bread was served warm which was a lovely touch and the butter was in a cute little cup and served soft which made it so much easier to spread. The Padron peppers were delicious. They had been deep-fried with sea salt around them. We weren’t  so sure about them when they came as they looked spicy but once we had tried them they were the tastiest thing we’ve tried in a long time! 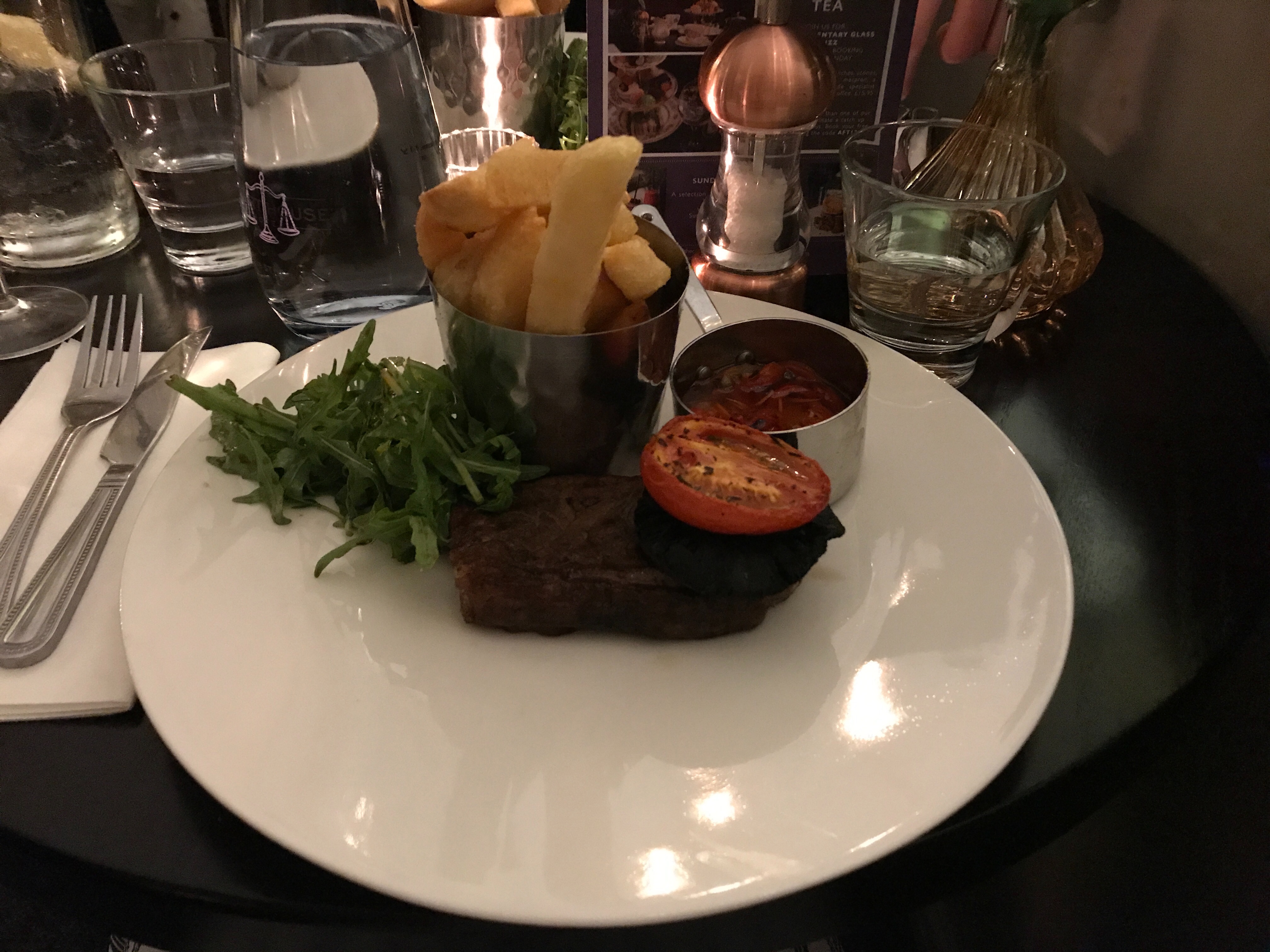 Main course was the hardest decision from Open lasagne and Herefordshire beef fillet to the steaks it sure did take us a while to deiced but we couldn’t resist the sound of the mouth watering steak. Accompanied by the Peperonata sauce (which is also suitable for dairy allergy sufferers) and chips. There are no words that could descried how delicious it was. The sauce was more of an oil with chopped chilli, garlic and other herbs and spices included, it was divine! The steak was cooked to perfection, people would usually say you ruin a steak by having it well done but it was still tender and cut like butter possibly one of the best steaks I’ve ever had! 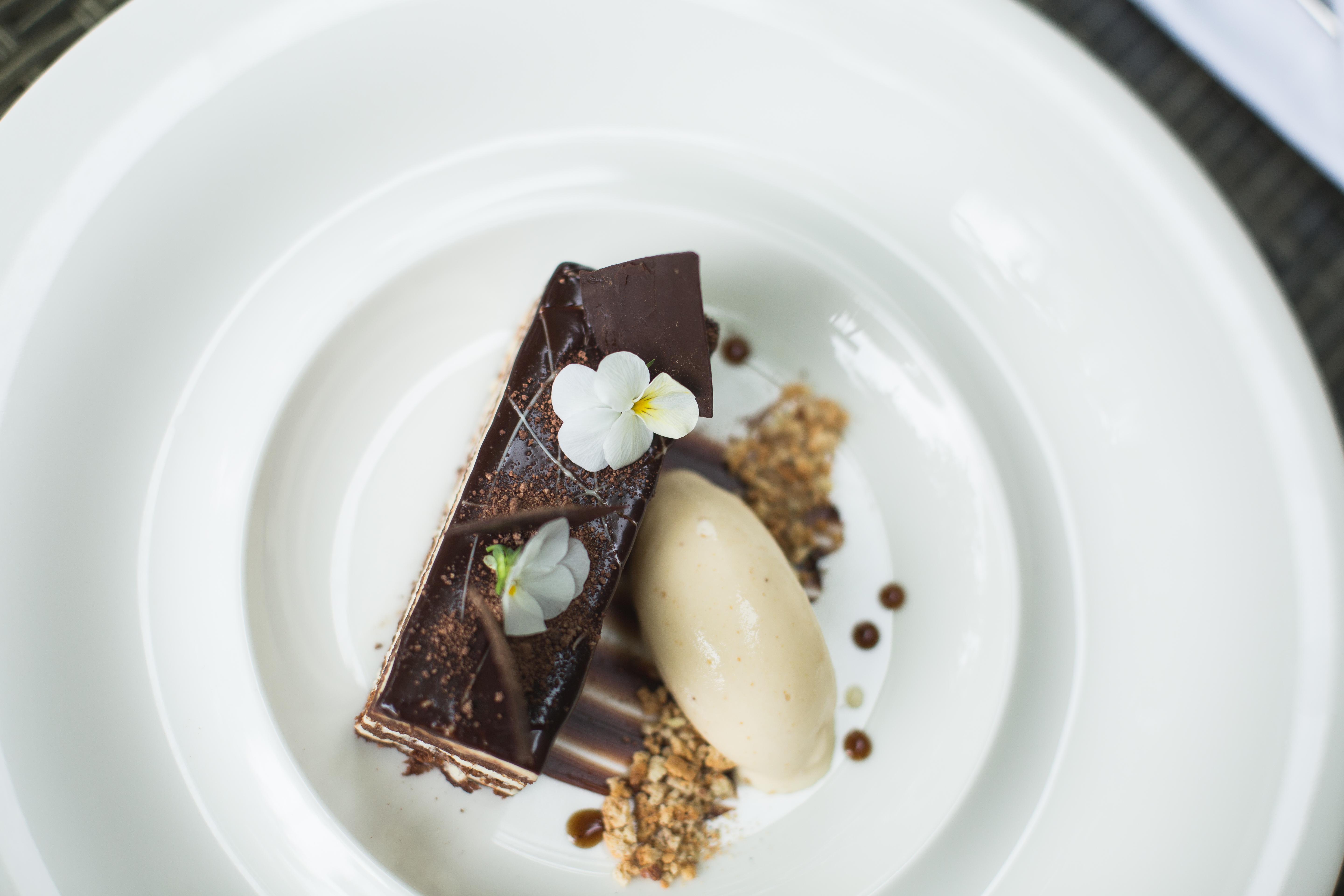 With merely any room left we were so stuffed but we couldn’t pass up the opportunity to taste these elegant sounding desserts. The Tatin really caught my eye but for my chocolate enthusiast of a boyfriend he had to go for the Chocolate Tart. Wow is the word I would use to describe them. The Tatin pastry was crips and didn’t have a soggy bottom (very impressed) and the pineapple was caramelised to perfection with just the right amount of tart to it. I would one hundred percent recommend! 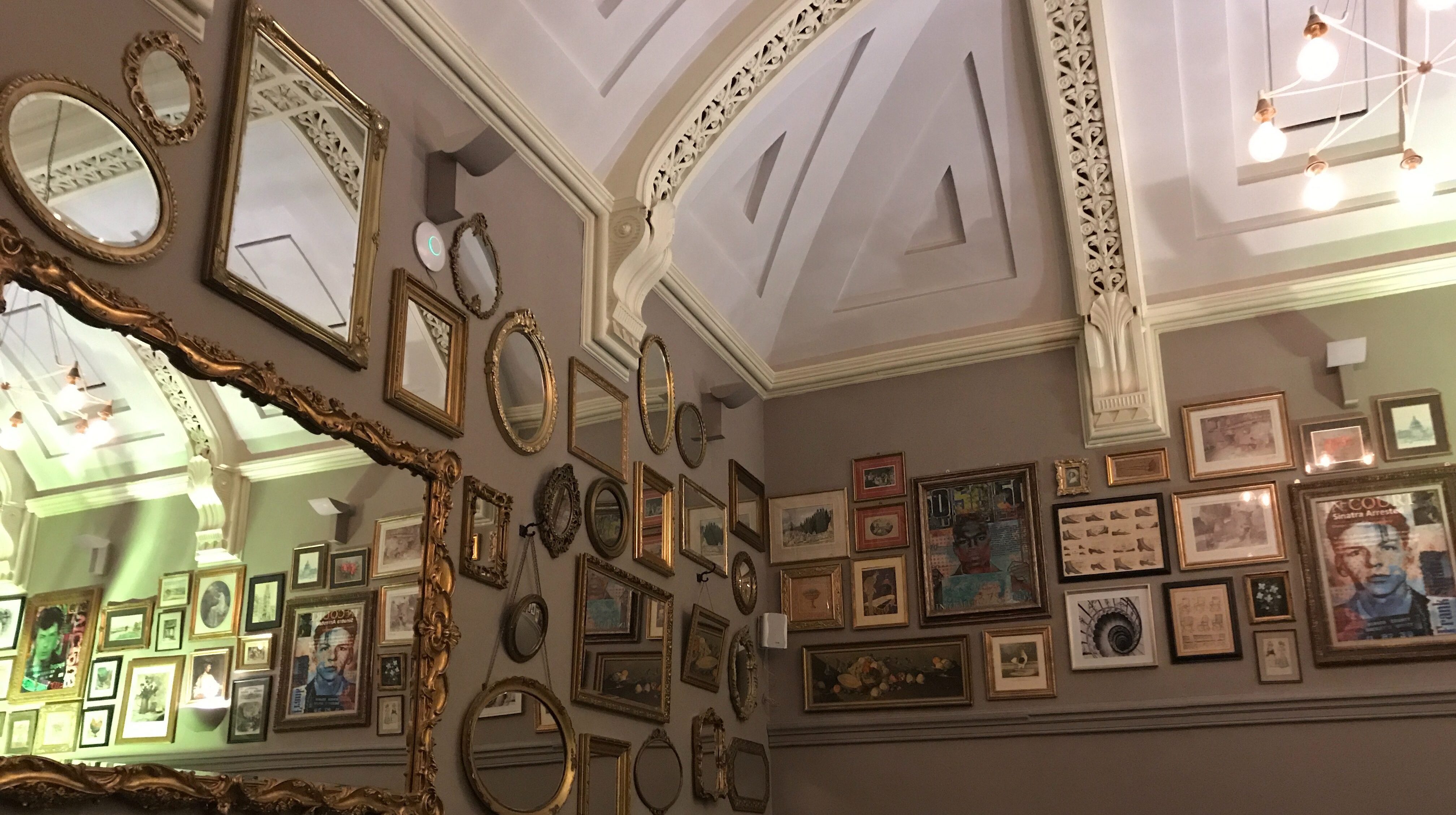 In addition to the main Court Room, there is the Moneypenny Suite, with the capacity of 100 for exhibitions, privet dinners and events. As well as six other flexible meeting rooms which can accommodate 10-100 guests.

If you are looking for a wedding venue the Courthouse Hotel is ideally located opposite the towns beautiful St John’s Church and within walking distance of Knutsford Methodist Church and Brook Street Chapel. 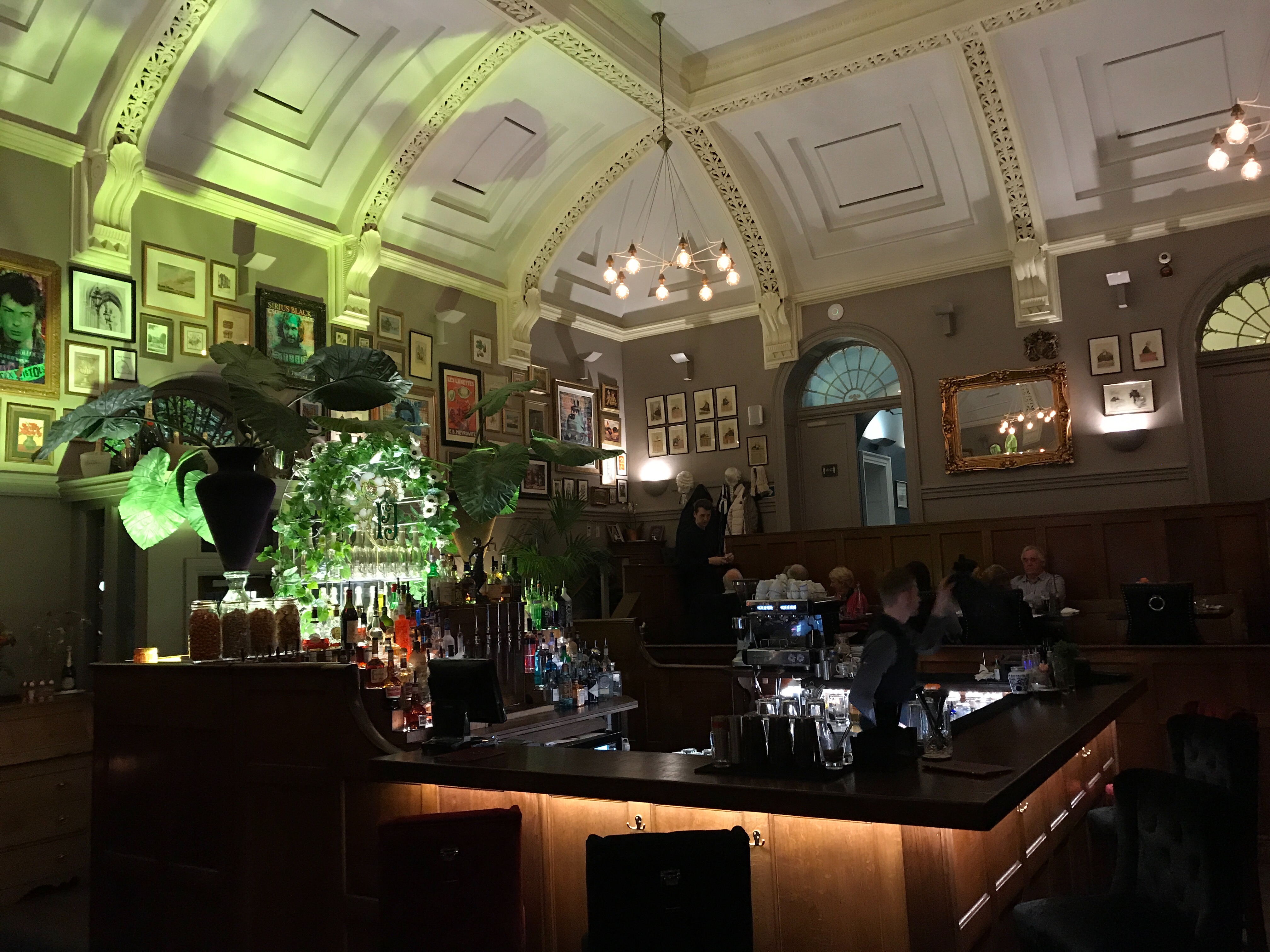 Before the end of the year it is set that 10 luxury bedrooms will be available in the wings of the stunning building, with a further 40 being added at the rear of the site in 2018, so keep a look out.

Nestled in the heart of Cheshire, The Courthouse Hotel is also very easily accessible by car, just 2 miles from junction 19 of the M6 motorway and 20 minuets from Manchester Airport. The hotel is also located opposite Knutsford train station, which has direct links to Manchester and Chester and two minutes’ walk from Knutsford Bus Station.

I would give my meal and experience at the CourtHouse Barrister Restaurant and Bar 5 stars!