REVIEW: An Evening with The Kaiser Chiefs at Aintree Racecourse

Last night the Kaiser Chiefs took to the stage at Aintree Racecourse, for an evening of smash hits and new music, to kick start the Jockey Club Live summer season.

After a day of racing, the crowds piled into the racecourse’s atmospheric Red Rum Garden Amphitheatre, eagerly awaiting the bands arrival. Following an evening of betting, and washed down with a drink or two, everyone was already in high spirits so it didn’t take much from frontman Ricky Wilson to get the crowd going.

He greeted the readily anticipated crowd with, “right, Aintree Racecourse how you doing?” before bouncing around the stage to one of their top 10 hits, Everyday I Love You Less and Less. 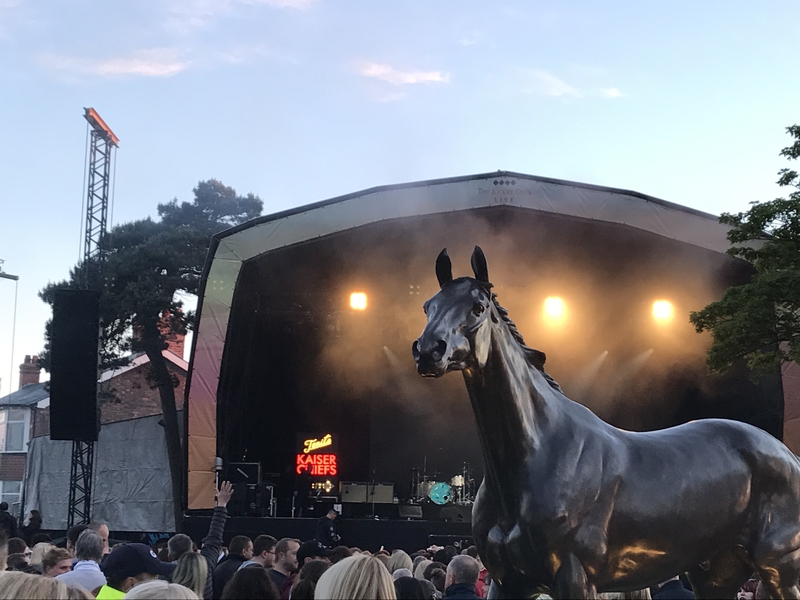 Ricky is known for his crazy antics whilst on stage, so it was no surprise when he noticed the bronze statue of historic Grand National Winner Red Rum, (pictured above) out in the middle of the crowd. Ricky points and says “that horse looks rather…tempting” prompting a laugh and a massive cheer from the audience, as they waited hesitantly to see what the lead singer would do. (It turns out that maybe bronze horse statues aren’t so “tempting” after all)

The rest of the set list for the night alternated between the bands classic hits and new music, from their sixth studio album Stay Together. But it was obvious that their old songs were the biggest hit, as the open-air concert quickly turned into one big Karaoke session, when the introduction of Ruby played we were suddenly transported back to 2007.

Ricky Wilson is a showman through and through and still shines as brightly as ever as the bands frontman. Even after 17 years of being in the band, he still ensures that the crowd are having a good time and “gives them what they came here for”.  Bouncing around the stage for the entirety of the set, it’s clear that he’s still enthralled in his music and his passion for the band still shows.

After nearly two decades of being in the band, Ricky assured the fans that they’re not going anywhere, “we’re still a band, we’re still a group, if you want us here we’ll keep coming back!” Quickly prompting a huge cheer from the crowd. 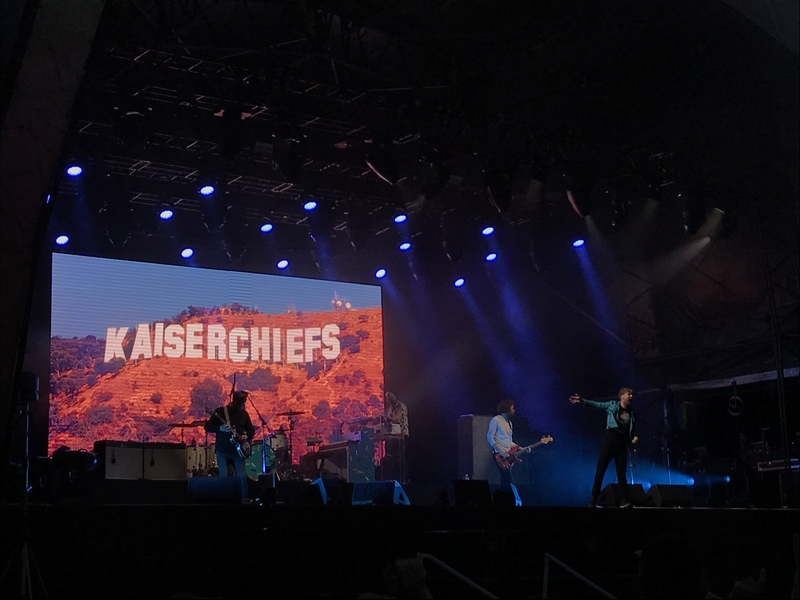 Surprisingly though, the group didn’t end the show with their 2005 breakthrough hit I Predict A Riot. Instead the indie-pop band finished the concert with an encore of the equally catchy smash-hit Oh My God, which still left the crowd cheering and wanting more long after the band had left the stage.

Overall, VIVA ‘predicted a riot’ and that’s certainly what they delivered. It was a night of reminiscing whilst getting a taste of their new sound. We were excited to watch the Kaiser Chiefs back in action, doing what they do best, and we certainly haven’t seen the last of them yet.