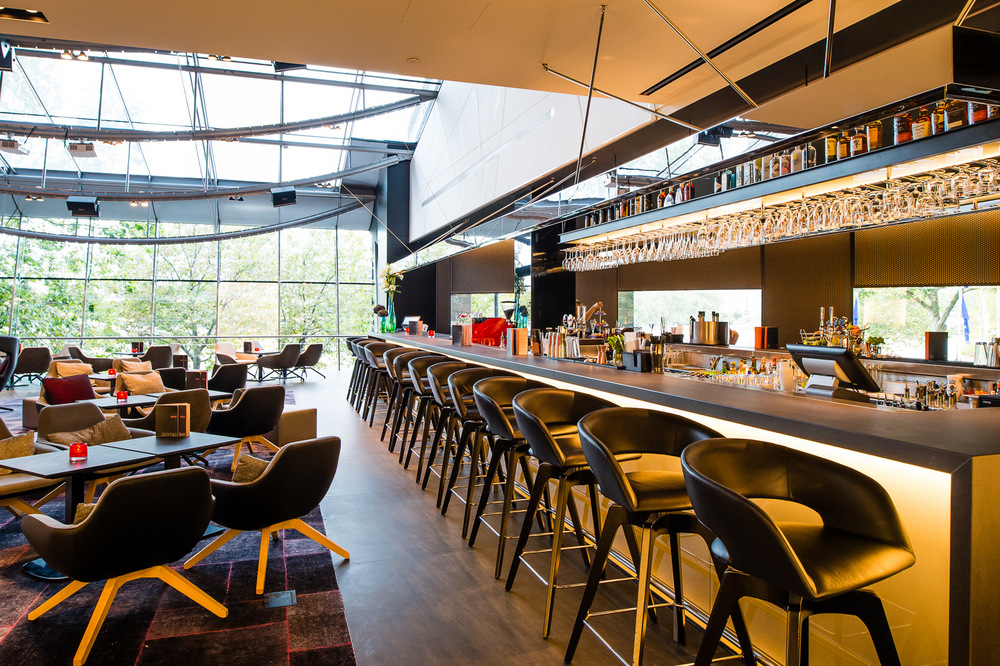 “Give a four year old a portion of lobster tempura. Then you’ll see a sorry mess!”

The restaurant manager of Chino Latino on the Lambeth riverbank fell quiet and gazed off into the middle distance, clearly not-so-fondly remembering that night of endless crumbs and chaos. My dinner guest, the head chef of The Graffton in Kentish Town, looked relieved that his apology had been brushed aside by a brief horror story.

He’d made a bit of a mess of the Wagyu beef taquitos, spilling them down his front and onto our dark wood table. It’s a little known fact that chefs are, generally, appalling eaters. They don’t eat well, and when they do, it’s normally for sustenance rather than enjoyment, which quite often makes a mess.

But tonight, we had a chef who was eating for pure pleasure and who felt that he needed to validate this version of a chef’s messiness, and the taquitos, made with aji panca, red onion and jalapeno avocado, was the first of many delightful morsels on the top floor of the Park Plaza Hotel to be haphazardly gobbled up. 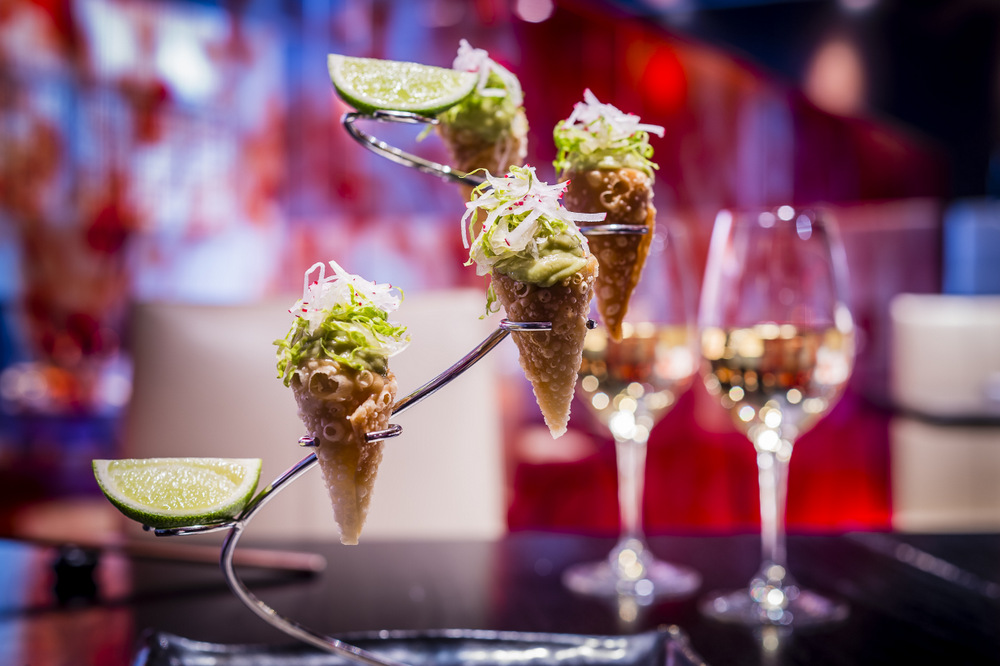 A pan-Asian restaurant, namely a Japanese/South American mix; Chino Latino had an extensive revamp at the turn of the year, with the menu also benefiting from a shakeup. I hadn’t had the pleasure of visiting the restaurant pre-vamp, but what I found when our coats were whisked away was a restaurant split into three, with private dining quarters up high and arthouse films spliced across either side of the wide main area. Everything was very black and red, with the River Thames arching across outside through huge, slanted windows at the front of the hotel.

I thought myself in a modern theatre lounge when we took our seats by the windows, such was the eclectic vibe and live slow jazz that had just started up in the section to our right. That thought went out into the Thames upon the arrival of my cocktail.

Belaying the lures of the sake menu, I opted for a Mezcarita (£9.25), a simple but potent mix of Monte Alban Mezcal, Cointreau and fresh lime. The simplest looking thing, with a half rim of salt. The standout feature (that isn’t on the menu)? Two mezcal marinated worms floating on the top.

If anything says South America, it’s a couple of limbless things in a drink. 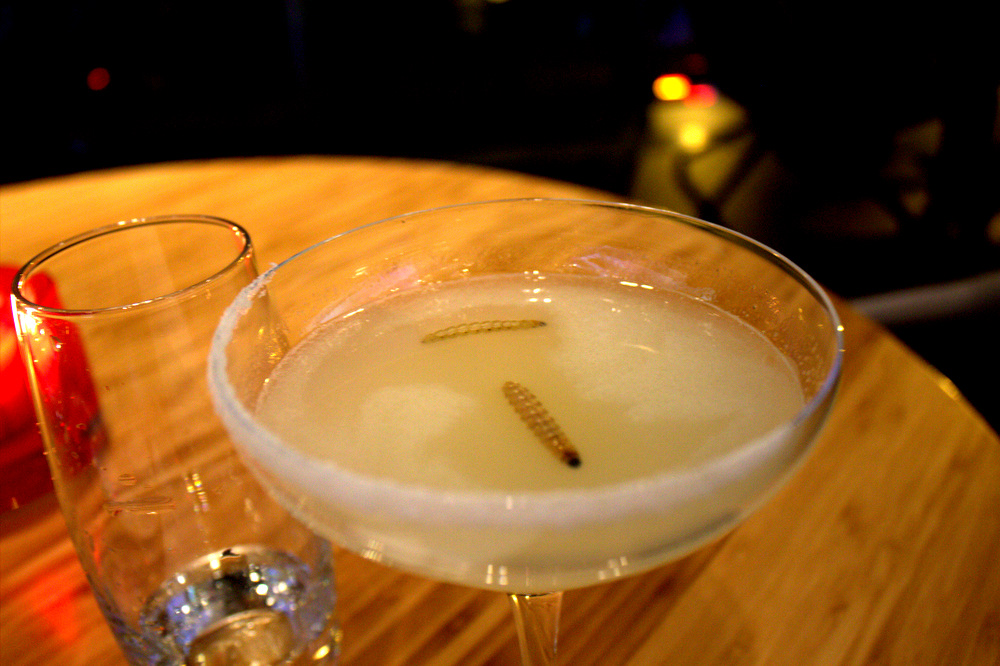 My chef companion grimaced. They’re not for everybody, the worms, but I insisted that he have one. I once had the chance to sample calves brains in the kitchen of Chamberlain’s of London in Leadenhall Market, made by the executive chef Andrew Jones himself, the 2004 Roux Scholar, as a potential new addition to the menu there. Three quarters of the brigade politely refused but I thought this nonsense and accepted. I’d not had calves brains before and it was quite the experience, especially as the time had just ticked over to 9:01am.

And so, with a look of reluctance thrown my way, chef popped one away. I did the same and found them to be quite hard, hollow and filled to the brim with mezcal. An amazing alcoholic candy sweet, if you will.

Soft shell crab is a real favourite of mine, ever since I spent an evening in the Hong Kong heat devouring them in a back alley restaurant a few years back, and in this simple five piece sushi roll with avocado and cucumber, they were on top form. The seared tuna nigiri unusually sported crispy rice, but it was certainly a positive, while the gyozas took an early gong for being the best thing out of the blocks, bar the worms.

Chef loves duck, and so, serenaded by the aforementioned jazz, out came a made up aji amarillo miso marinated duck breast with majoram and lime (£21.50) for his main. An extraordinary thing, perched on a dried leaf on top of a mysterious stone slab straight from the warehouse at the end of Raiders of the Lost Ark.

His summation was that it was cooked medium, which was quite mad, but that the flavours were exceptional. He had a side of cassava chips (£4) which he had never tried before, but considered them to be surely the future of healthy versions of the classic chip. 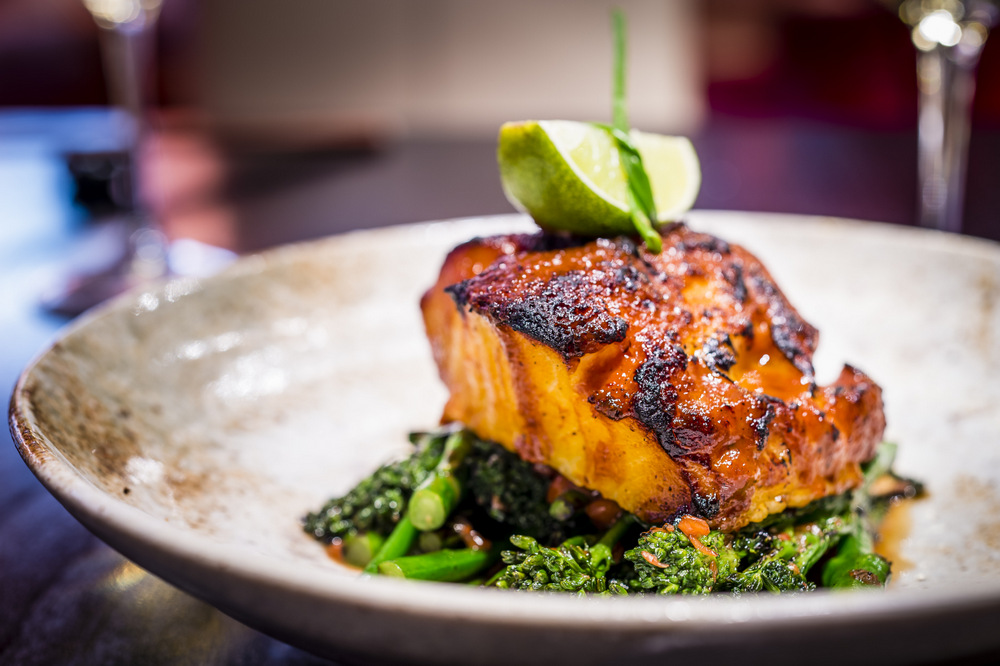 My main was a Chilean sea bass in a smoked chipotle miso and tenderstem broccoli (£32.50). A theme of Chino Latino is their willingness to let the ingredients speak for themselves, hence the simple but expert construction of many of their dishes. My main was just two, the fish and the broccoli, with a little wrapped lime guarding the pair.

Yet, it was the best fish dish I’ve had this year. So delicate was the fish that it practically collapsed upon penetration, sliding down the plate with a sparkle. A beautifully warm and smokey flavour and calming texture, it demanded to be eaten slowly and with small mouthfuls.

I made such a fuss over it that the chef there gave me a pot of the marinade.

And so, with my miso doggybag by my side, chef and I left graciously departed and sidled over the road to the adjacent boat bar on the river where we discussed the pitfalls of astriates and the pros of cured horse meat. Many of the pirates aboard looked curiously through the windows of Chino Latino opposite. Theirs was quite the performance.

For those curious about their brilliant aji amarillo sauce, check out the below video. Chino Latino will walk you through not only the sauce, but also their superb vegetable gyoza, from start to finish!