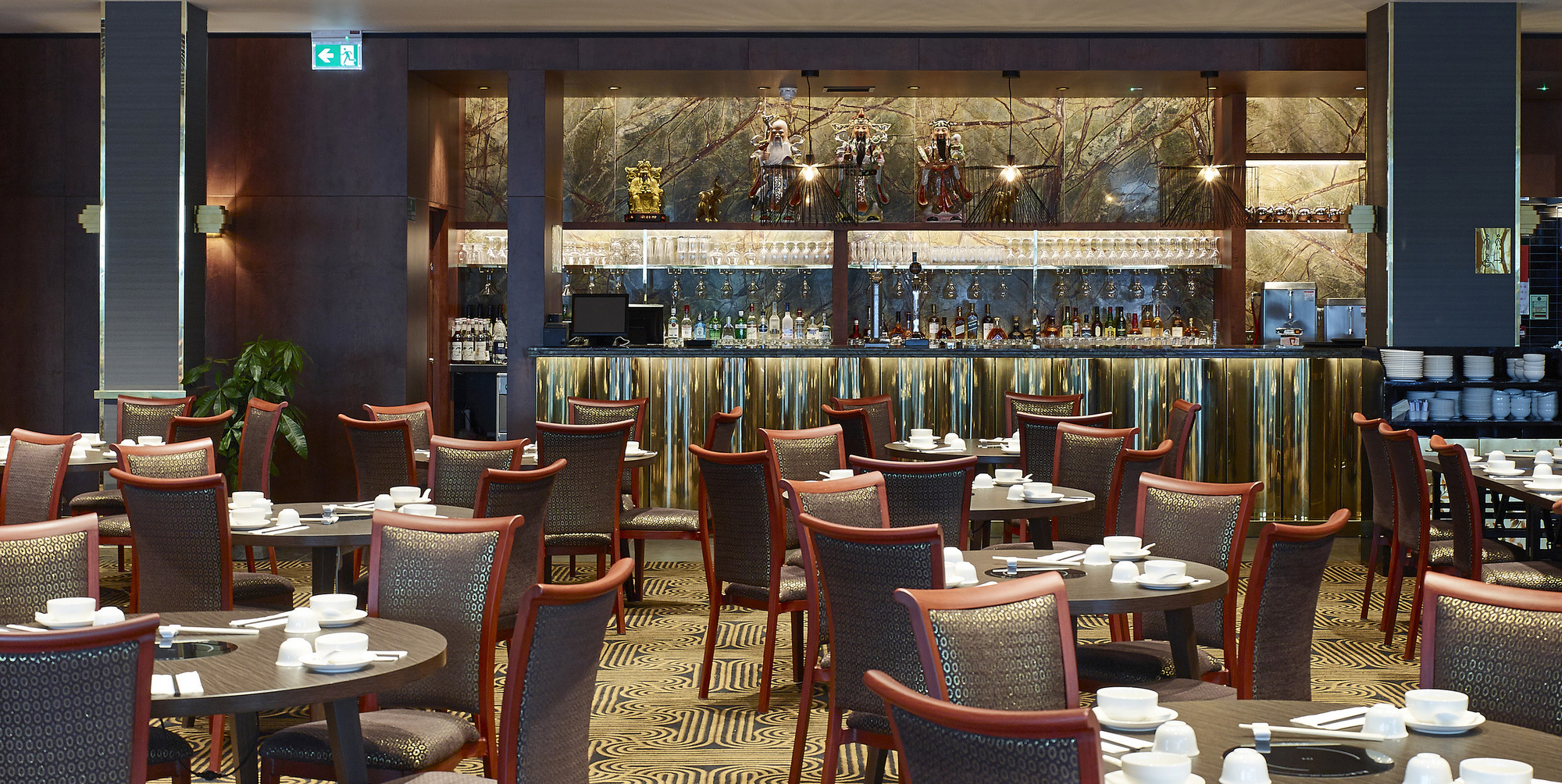 “So I have chopsticks at home,” began Cyprus, my companion for the evening, looking timidly at the pair just placed in front of her by our impeccably dressed waiter, “but I just use them for tying back my hair.”

Granted, the concept of peer pressure when graced with chopsticks is a bit old hat these days, what with a trusty fork on hand even in the most antiquated of Chinese restaurants. But considering the number of traditional Cantonese dishes on the packed menu of Golden Dragon in Colindale, I insisted that she give them a try. She could always pop the fork in like an afro comb in the meantime.

Like Tolkien’s Smaug nestled in the centre of a swirling cavern of gold and wonder, but not really, Golden Dragon is a 300-cover restaurant in the style of a Hong Kong banqueting hall inhabiting the entirety of the ground floor at the newly opened Bang Bang Oriental Food Hall – London’s biggest Asian menagerie which hosts thirty-three individual kiosks of Chinese, Korean, Japanese, Indian, Vietnamese, Singaporean, Taiwanese and Malaysian cuisine. Talk about getting pan-lost! 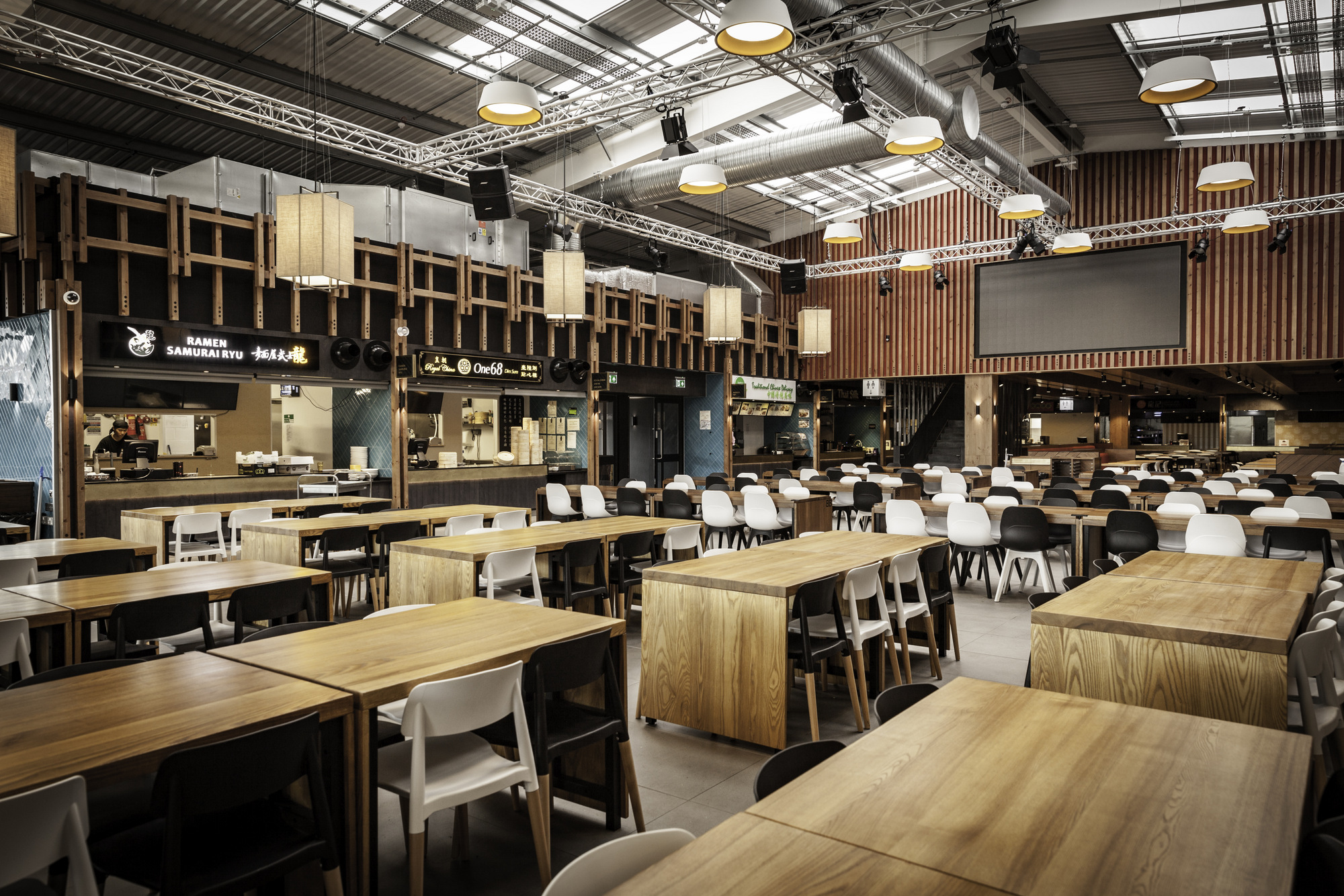 Part of the lavish Royal China Group, Bang Bang Oriental is looking to become the new hub of pan-Asian food market culture, with Chinese massage and herbal medicine also found among the vast array of eateries over two floors. Bang Bang will also be holding community events, cooking classes and cultural displays such as lion dancing.

And Golden Dragon is the jewel in the crown, the cherry on the cake, the egg on the tart. But does it oolong the oolong?

Simple answer, yes. It does. I’m known for banging on about my time living in Hong Kong, but really, it has to be the most lavish of praise to be so traditional a restaurant as to evoke memories of my glorious year in Kowloon living right next to a traditional food court.

And the moment I fell in love with Golden Dragon was on my way to the toilets. 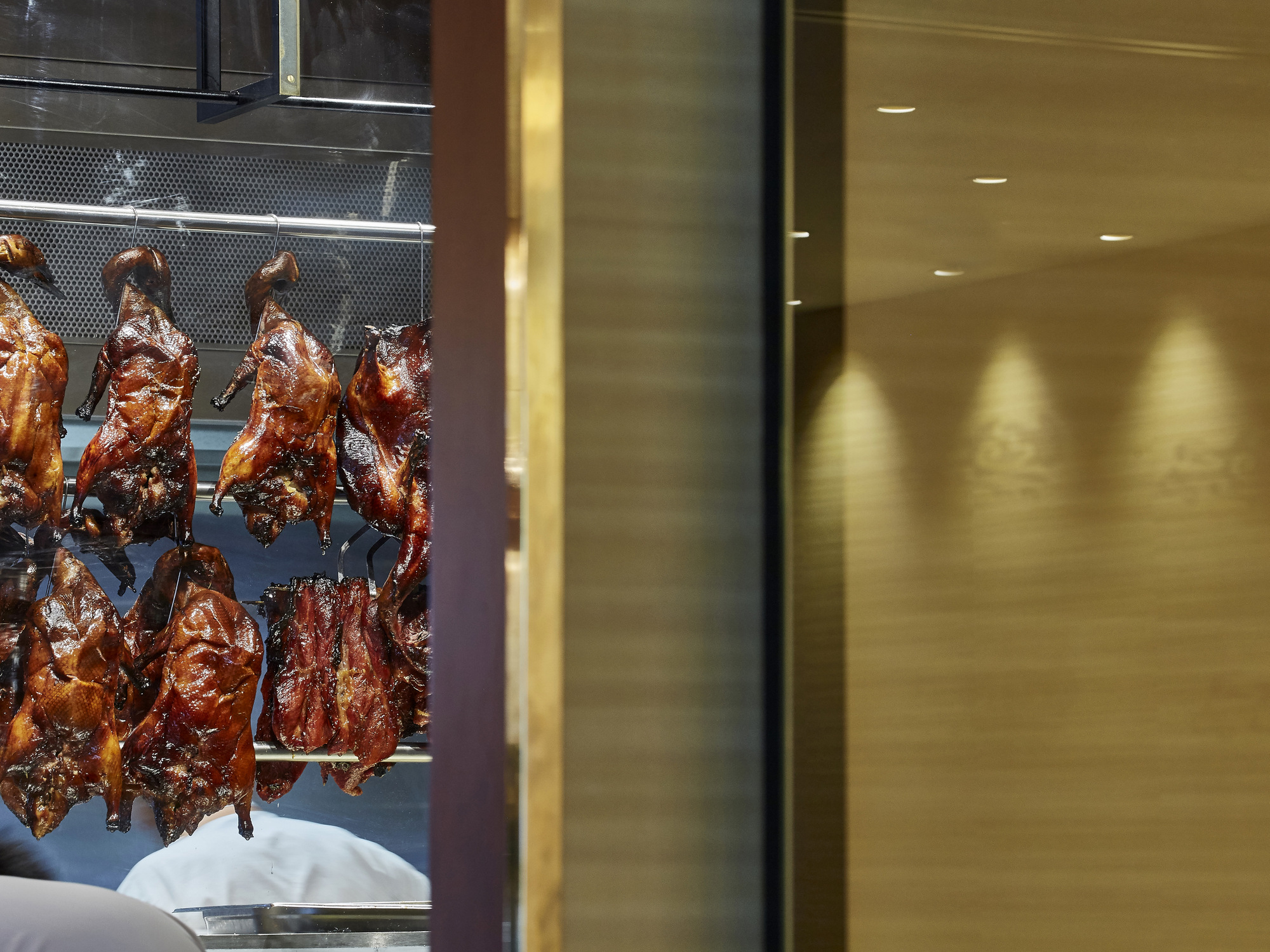 To the sound of poor Korean pop, the hanging char siu pork and roasted duck swung ever so gently on the edge of the kitchen, emitting a sweet smell amidst the brightly lit black and gold décor that really took me back, giving me even more to think about when I returned to our table to pour over the menu.

The specials first took my fancy. Appetizers here cost around £5-£6 each and, unable to resist a peculiar dish, the tofu with fermented eggs and the wasabi fungus were first up, along with a portion of the seaweed and their pork gyozas.

I heard our waiter mention something about spice, but thought little of it – much to my discomfort as I took a large bite of the tofu. Drenched in Szechuan spices, this was a dangerously potent concoction, full of flavour but with enough power to blow the ears off a mushroom. Our mushrooms – the fungus on the menu – were lathered up with a wasabi dressing, cold after having been boiled and soaked. Not for everyone, sure – but for those looking for unabashed authenticity, spot on. 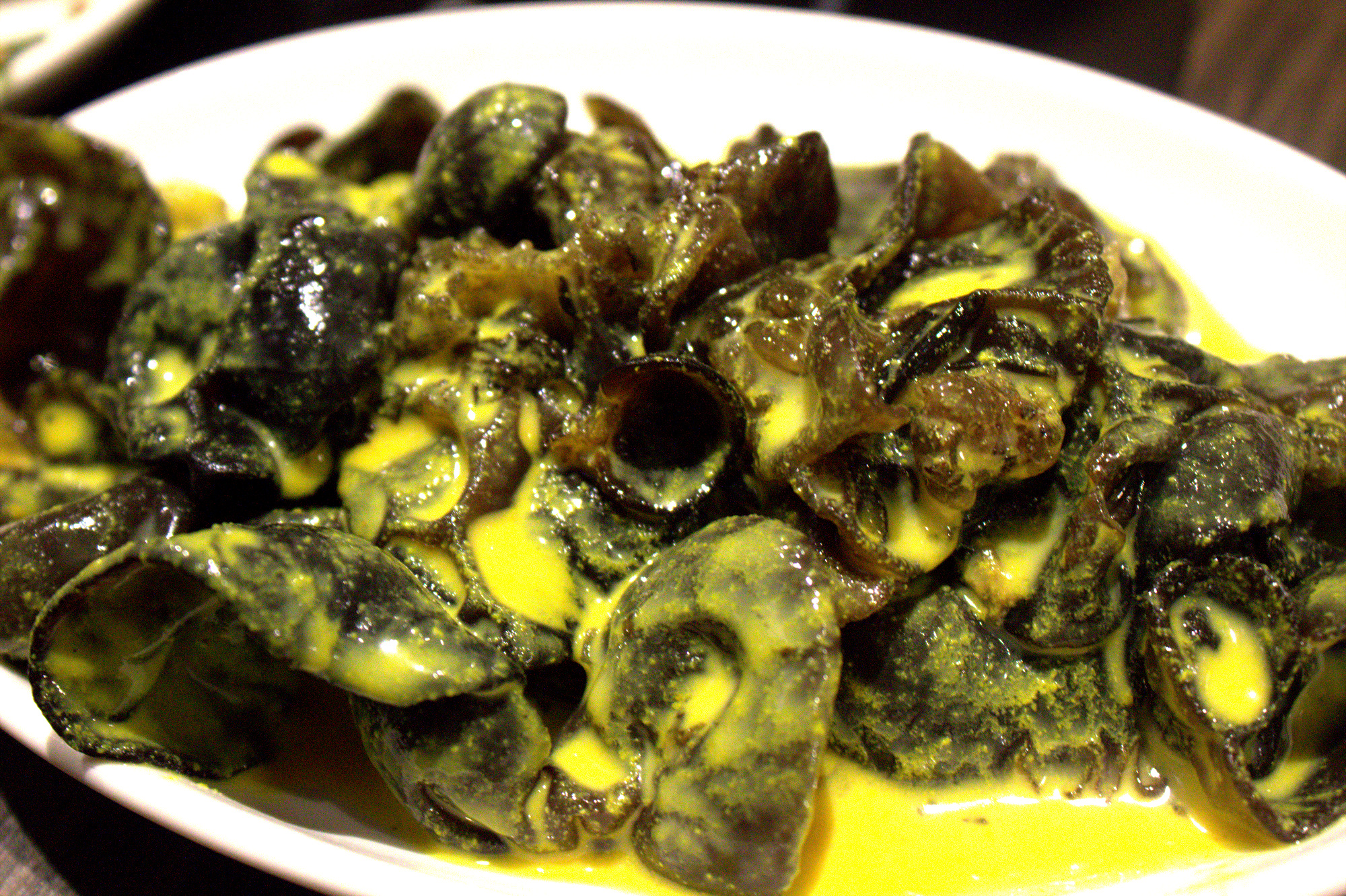 Creating our own larger Dim Sum smorgasbord, we soon took on beef ho fun, sweet and sour chicken, honey barbecue pork, special fried rice and a portion of the kai lan. Large plates come in at around £10 a pop, with fresh fish and other delicacies climbing deeper into your wallet.

I later discovered that Golden Dragon is actually the new flagship of the identically named Chinatown restaurant just off Piccadilly Square. To give that a bit more oomph, of all the Chinese restaurants on the famous strip down Gerrard Street, this was the place that my previous girlfriend’s family consistently dined at. Hailing from China, and restaurateurs the lot of them; they told me that Golden Dragon is by far the best.

And they have certainly translated well over in Colindale, despite it being a little out of the way. This really is Greater London, just the right side of Edgware. Londoners may know it as one of those stops you wake up at ‘par accident’ after a ‘petite snooze’ on the night tube. But it’s worth the trip.

Like star moles with no food filter, we tore into our food, managing to pause momentarily to praise the beef ho fun – classic stir fried beef among waves of soft, flat noodles, spring onion and bean sprouts. 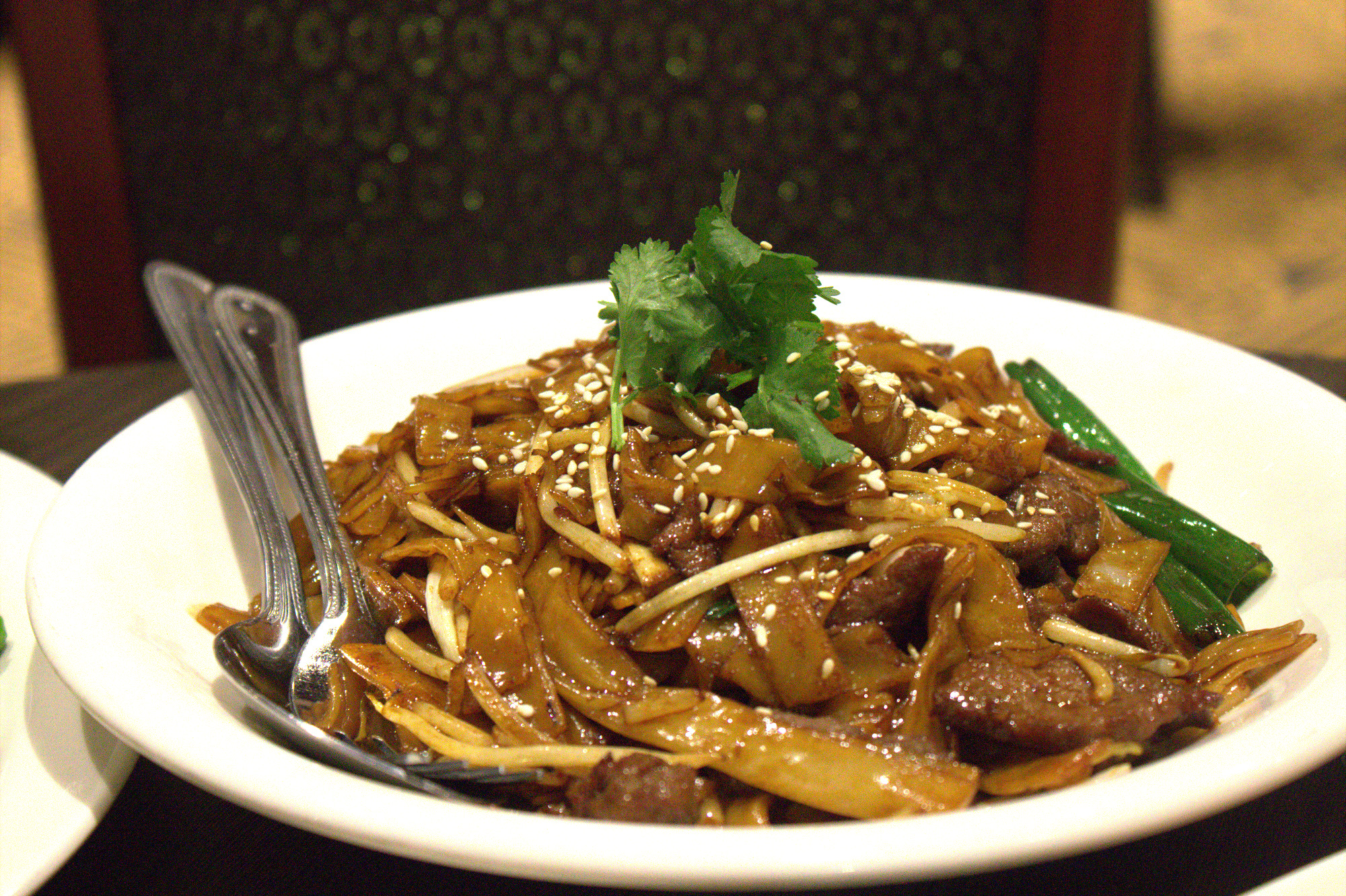 The meal through, my companion, Cyprus, busied herself in attempting to chopstick the seaweed, which was an incredibly amusing sight. A bit like my driving to Edinburgh and back straight after passing my driving test.

She did marvellously, as did the wait staff who, having bid farewell to the majority of the dining room as the night ticked closer, began to collect the staff food from the kitchen and prepare one of the private dining areas for a debrief and chow down.

We were among the last to leave as I considered the number of different staff foods I had enjoyed working in kitchens the last few years. I couldn’t fathom any topping the glistening Peking duck that sat invitingly in the temporary staff room. Perhaps Claude Bosi’s fresh octopus at the now closed Hibiscus? 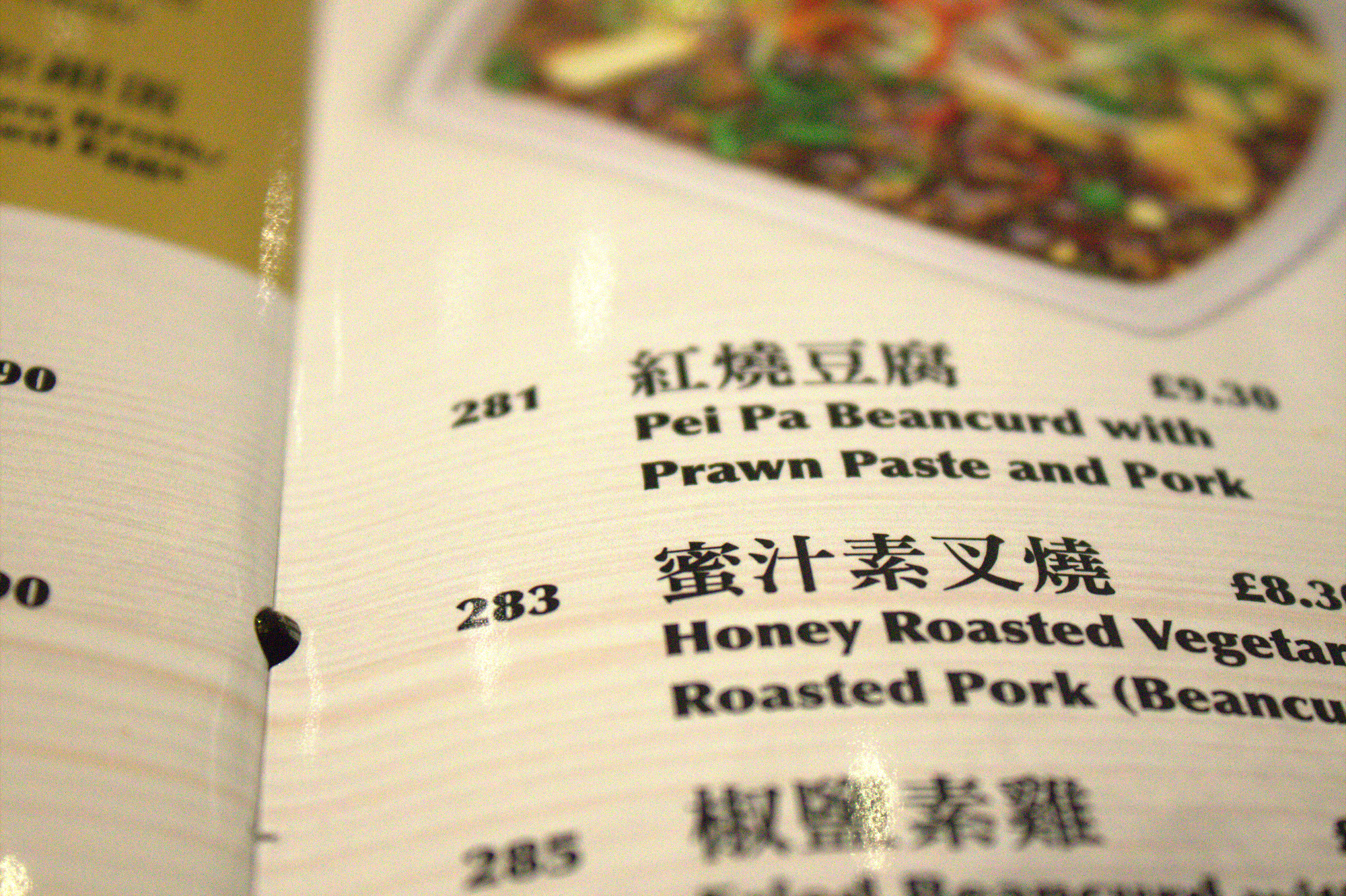