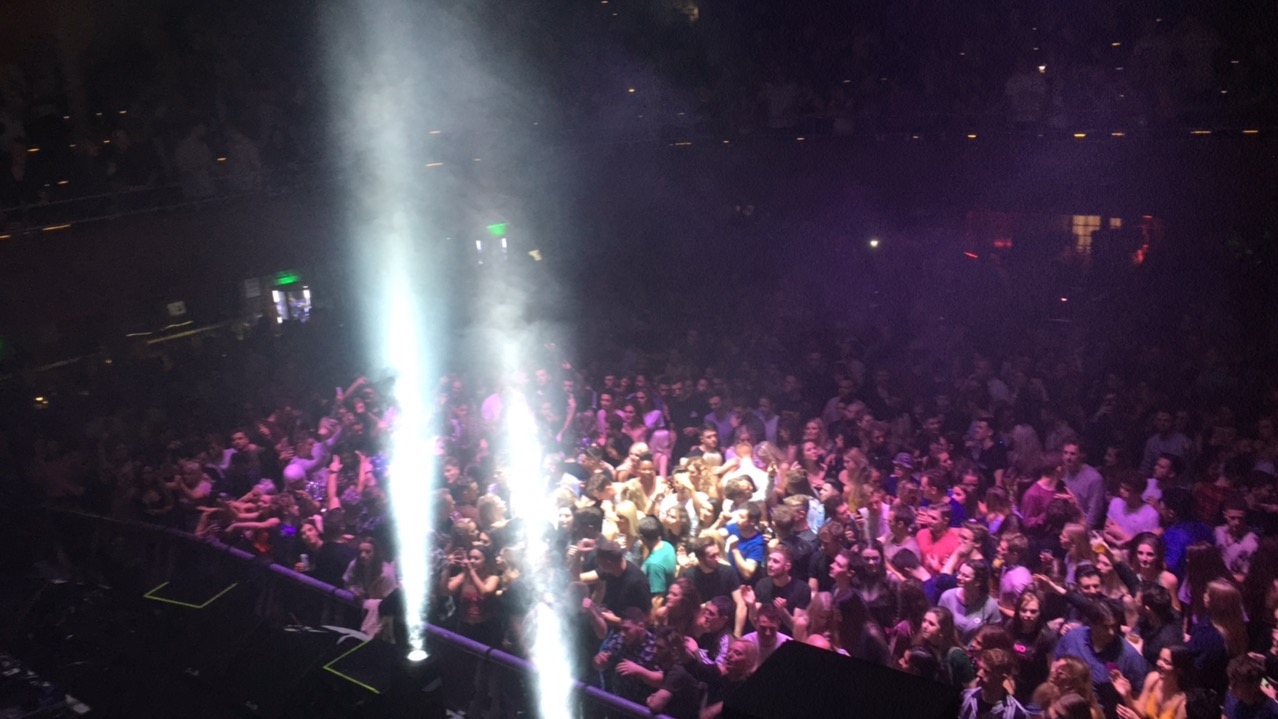 Gorgon City – the electronic duo – came to Manchester to entertain all their fans yet again.

As part of the warehouse project, the two DJ’s blew the night away across the whole of Albert Hall.

Albert Hall, located just in Manchester city centre, is the perfect location to host a huge crowd and talented DJ’s who are willing to show their music to fans and give the audience a great night to remember.

As part of their Kingdom tour too, across the UK and North America, they brought many other talented DJ’s with them to get everyone excited and hyped up for the main attraction – Gorgon City.

Camelphat, Detlef, Lane 8, Kill Frenzy are just a few too name who brought and delivered a great night, helping the duo bring a range of music for all to hear. House, grime, and bass were dropped all night, having the crowd screaming and jumping up and down to their favorite tracks being played.

The Disciples, a trio, stood out, who were on just before Gorgon City. At this point they had been playing a range of music themselves and even got a shout out from Gorgon City themselves on their Instagram story before heading on. One member headed out to the front of the stage throwing hands and jumps into the air, making the crowd cheer and do the same. The effect of having a energetic performer pays off.

Really lookin forward to choppin it up with our boys @GorgonCity this Saturday in Manchester. On our worst behaviour ? pic.twitter.com/wpST1nQwa9

Gorgon City’s aim was to build the audience up, and then come out to the stage like they did blasting out tunes that everyone their listened to on a daily basis. However, listening to something through your phone or on YouTube is nothing compared to being in a great crowd of people who enjoy the same music as you do, with the music being played lived.

The atmosphere from the whole room, downstairs and the seated upstairs continued on all night. Although, the seated upstairs where people went too, to get a better view of their favorite duo had seats; not a single person was sitting down. Everyone was up, making the most of the exciting Saturday night just before bonfire night.

There may not have been any fireworks at the concert, but Gorgon City showed how them and their music were just as loud and beautiful as the fireworks themselves.