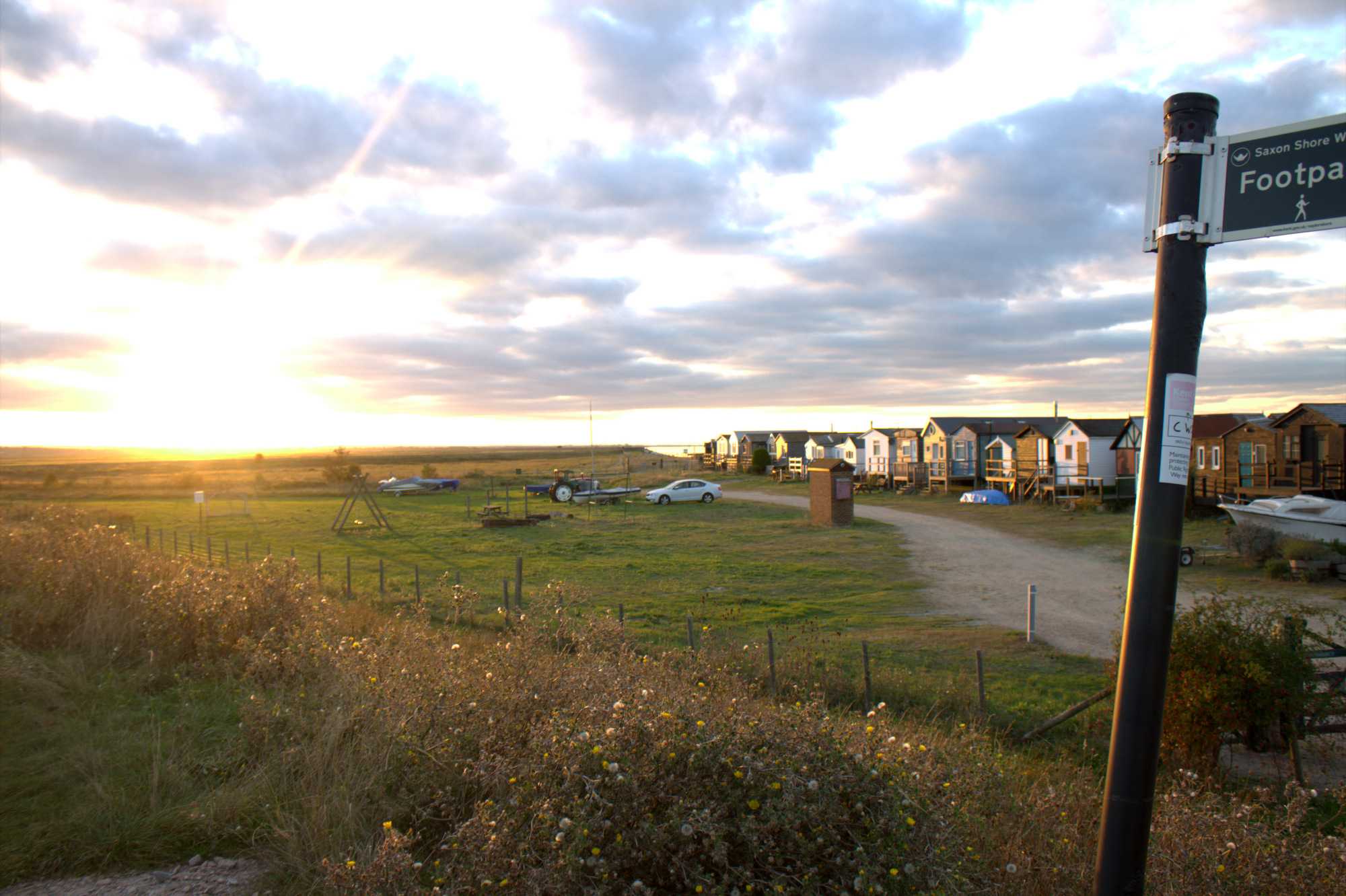 Whitstable is perhaps most famous for its oysters. The little seaside town on the salty Kentish coast is chock full of the little bivalve delicacies. They’re consumed and then become somewhat decorative as the millions of empty shells adorn many quaint little paths and even the front gardens of those lucky enough to own a property there.

I thought it apt, then, that my companion and I were staying in a place called Oyster Cottage – one of the many luxury holiday homes in the UK operated by Mulberry Cottages. We had come to Kent for the weekend, stopping first in the nearby city of Canterbury to catch up with friends and to break my foot – an altogether dramatic experience.

I arrived in Whitstable the day after with a brand new crutch and a burning desire to spend pretty much all my time sat eating as much seafood as I could muster, ideally by the beach.

I’d like to think that that was exactly the wish of the classic English actor Peter Cushing when he retired to Whitstable following a long and successful career on screen and stage. I wondered if he opted for as much luxury as I went for with Oyster Cottage – a six-person, three-bedroomed, three storied affair with a stunning attic bedroom featuring a beautiful roll-top bath and queen-sized bed. 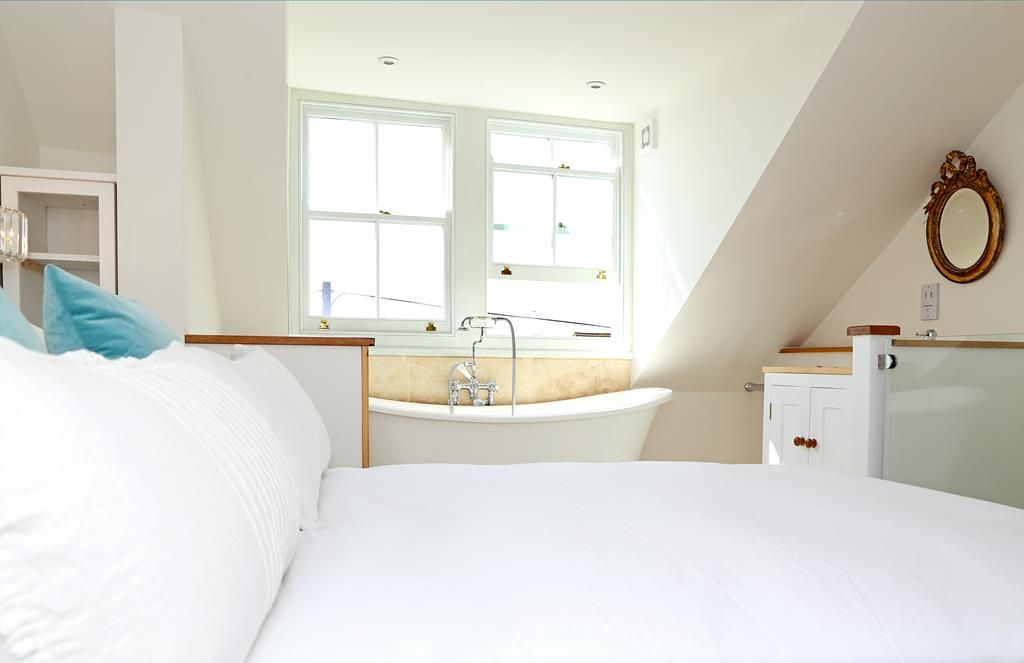 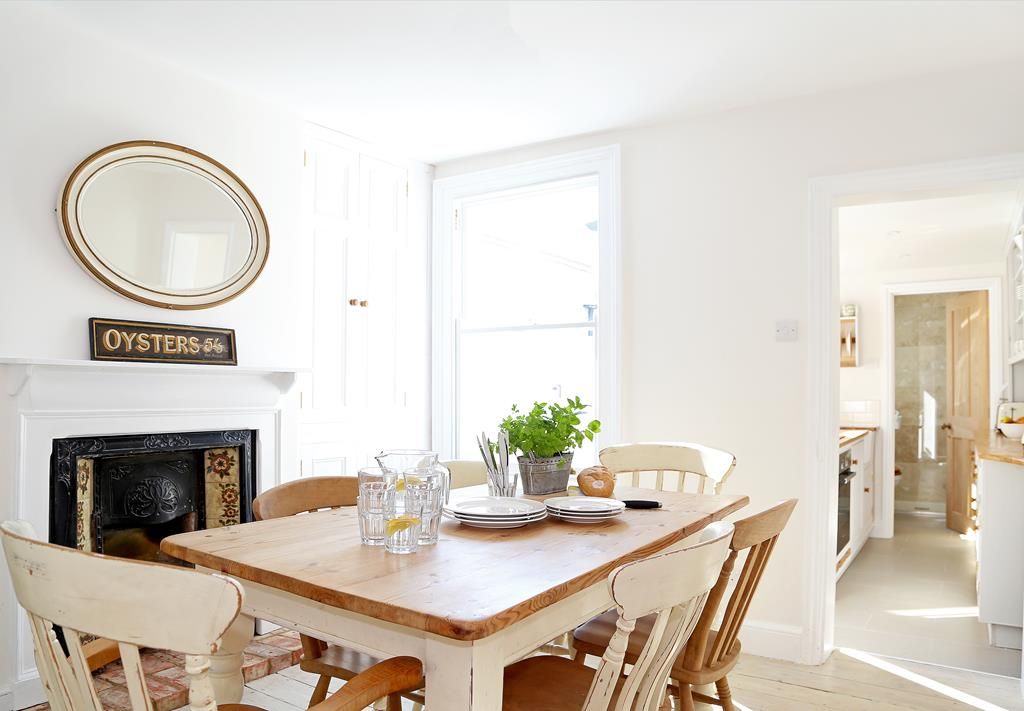 I had decided that I deserved it while limping the short walk from Whitstable train station to the property. Cushing had worn slippers while on set during the filming of one of his most famous films, the original Star Wars, and I was about to follow suit.

A cosy living room, a large dining room with grand wooden table fit for half a dozen guests, and a recently renovated kitchen area and adjacent shower room inhabit the ground floor of Oyster Cottage. A nautically-themed garden lies beyond where we were serenaded by a colony of seagulls as they made their way to the beach with their towels and beer coolers.

Two bedrooms are found one flight up in the cottage – a double and a twin – with the pièce de résistance at the very top of the property: the decadent attic bedroom avec bath.

Our gracious host had already stocked us with butter, marmite, coffee and all other basic essentials so we dropped our bags and went out for a gentle walk to discover our new surroundings and to seek out a fish & chip shop for later.

Oyster Cottage is just a road down from the high-street which is laden with all sorts of little shops and pubs. The beach is just beyond and, as you get closer, the number of oyster shells crunching under foot grows.

It was woolly walk time and it was pretty much ours to have bar the odd, very excitable dog – all of whom had had to check the temperature of the sea by hurling themselves in, and rightly so.

A pint on the seafront at the famous Old Neptune pub, which is consistently named as one of the best summer pubs in the country, was in order and, despite being quite far from a warm sunny day, our Whitstable Bay blonde lagers went down a treat while we sat on one of the many outdoor benches watching tide vs dog. 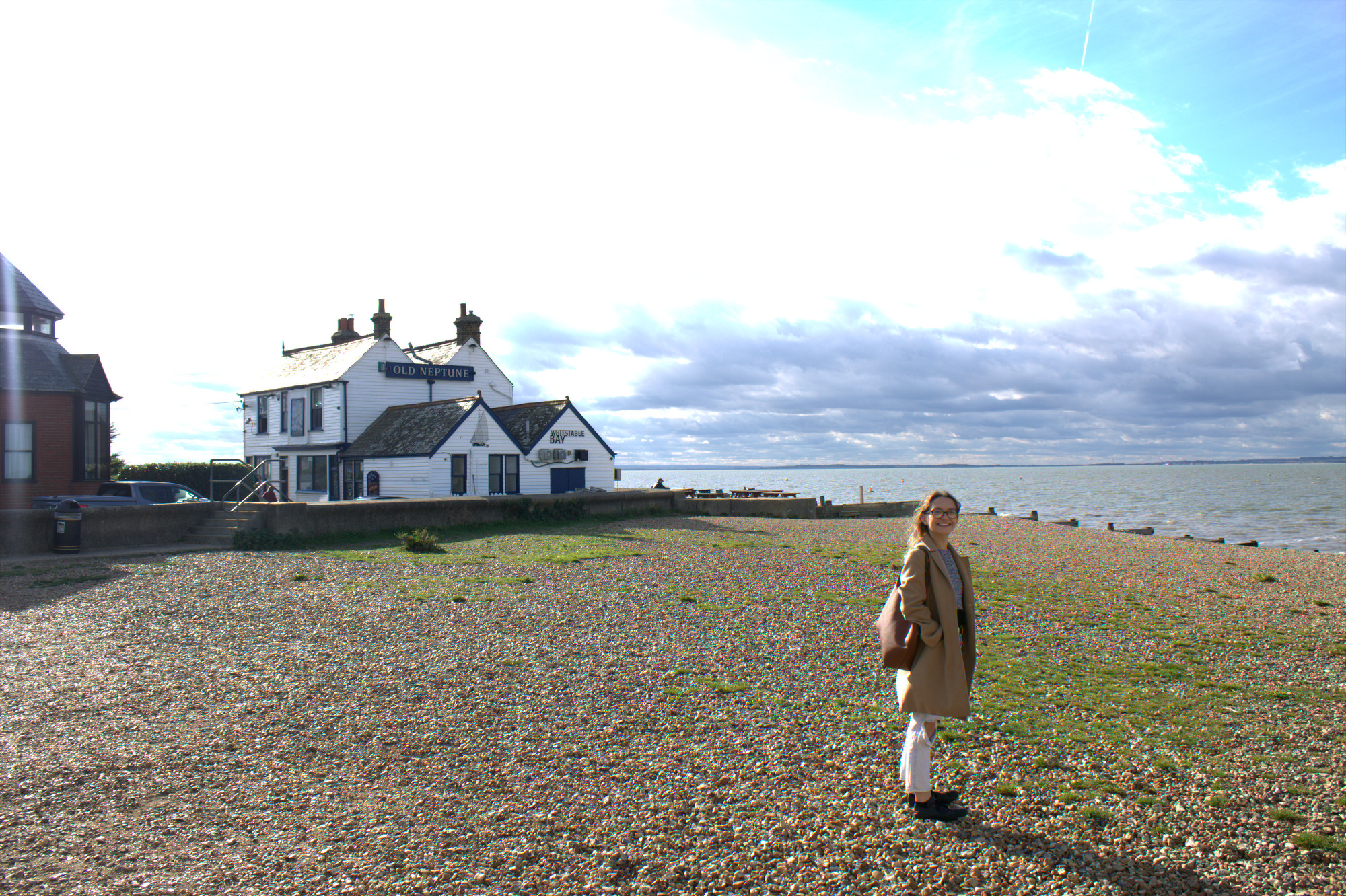 Rock and Chips. That’s what I wanted for dinner. I’d seen the “Only Fools and Horses” spinoff for the first time just a week or so before and that was it for me. We decided to go for a classic chippy, Ossie’s, which is actually opposite the town’s oldest restaurant, Wheelers Oyster Bar.

Wheelers is known up and down the country for having some of the best oysters around so, before indulging my fish fantasy opposite, we stopped in for a pair of rock oysters.

It’s clearly a rite of passage in Whitstable, the oyster, and we were pretty sure that people immediately started to observe us in a better light as we left, almost as if they knew we’d indulged.

With the sun setting and a chill taking its place, our huge rock and chips were whisked away back to Oyster Cottage and to the dining table to enjoy over a number of different board games found in one of the cupboards. Chunky, flaky and overrun with proper chip-shop chips – my fish supper was everything I’d dreamed.

Mulberry Cottages suggest a bath to watch the sun go down but I went rogue and watched the sun go up that next morning, lost in the depths of the magnificent roll-top. 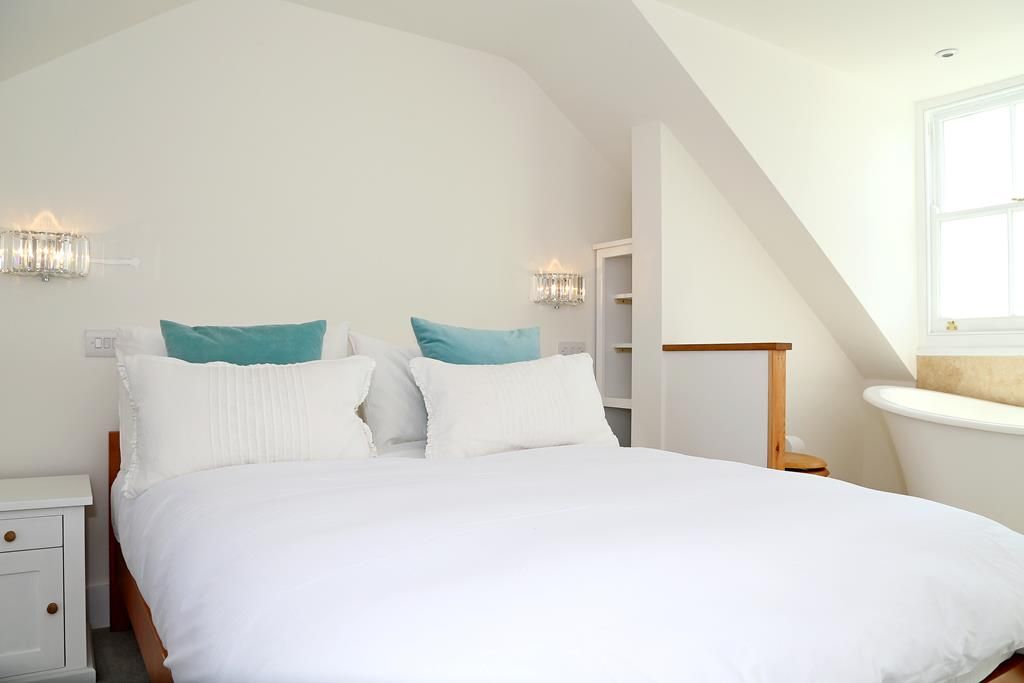 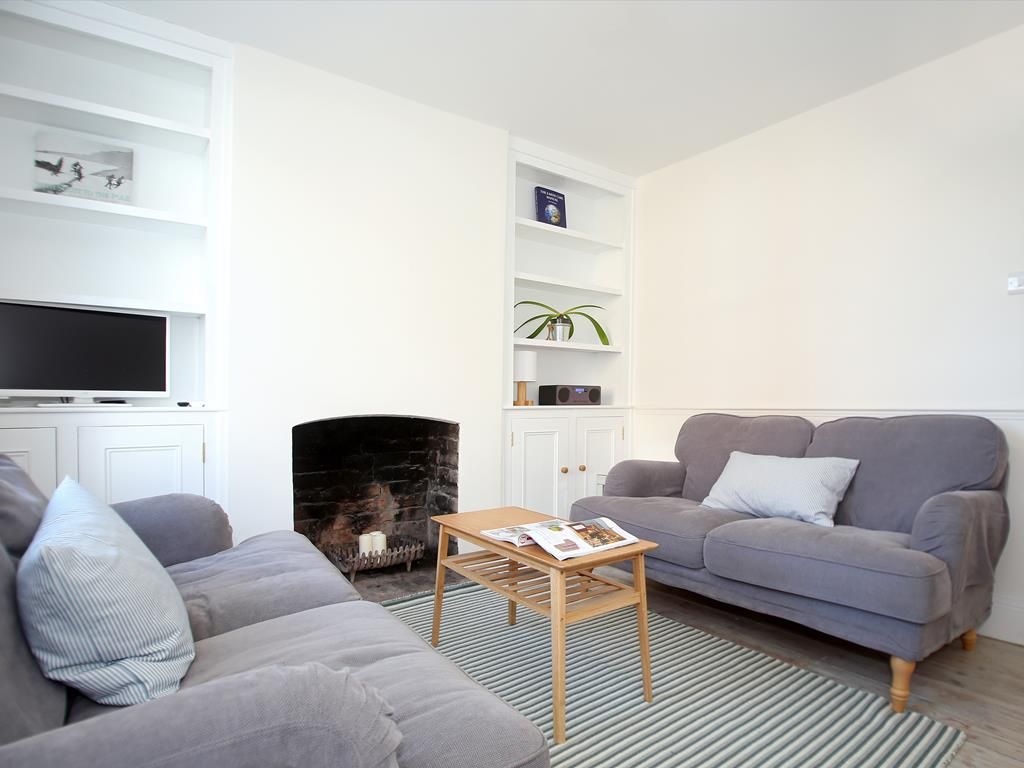 Our host must have seen the look of sadness in our faces as she came to bid us farewell later that morning and suggested we might head over to the nearby town of Seasalter to The Sportsman pub, voted the number one gastropub in the UK in the 2018 edition of the “Top 50 Gastropubs” award.

Little did she know that that was our intended destination anyway as my godfather is the kitchen cleaner there!

It was to be a grand finale to our short Kentish adventure, made all the more opulent by our luxury Mulberry cottage. As Peter Cushing said in “A New Hope”, just before dragging the double-bunned Princess Leia up to watch the obliteration of a planet: “Charming to the last.”