The infamous play Macbeth, which has been surrounded by superstition for centuries, has been resurrected in time for Halloween. The National Theatre has taken its version of the Scottish play on tour after a sold-out run in London.

After a deathly civil war, Macbeth must choose between temptation and it’s bloody consequences when he is given a prophecy that he will take the crown.  Shakespeare’s classic is thrust into a post-apocalyptic world in this completely new rendition. 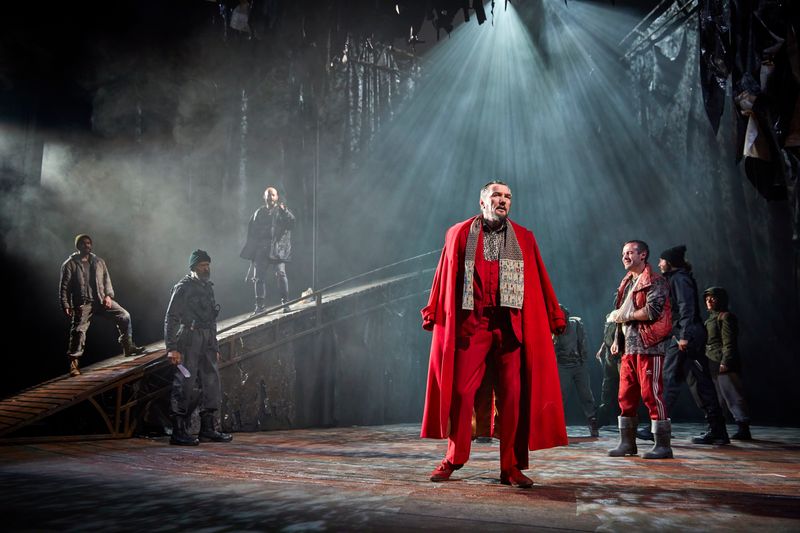 Tom Mannion (Duncan), Joseph Brown (Malcolm) and the cast of the UK and Ireland tour of Macbeth

The plays set is beautifully haunting. Usually, in a play, the characters and action capture your imagination but in this one, it is undoubtedly the set. The centrepiece of the set is a drawbridge structure that moves across the stage and three ‘trees’.

Not only does the set really look the part it is used as a very important prop as well. It’s the platform for the beheadings.

This version is particularly gruesome with dead babies and what looks like real life beheadings. So be warned if you do not like guts and gore – Macbeth is not the play for you, this version especially.

One criticism here is that Duncan is shown without any wounds on his deathbed, even though both Lady Macbeth and Macbeth are covered in blood in the aftermath. It just seemed very out of place. 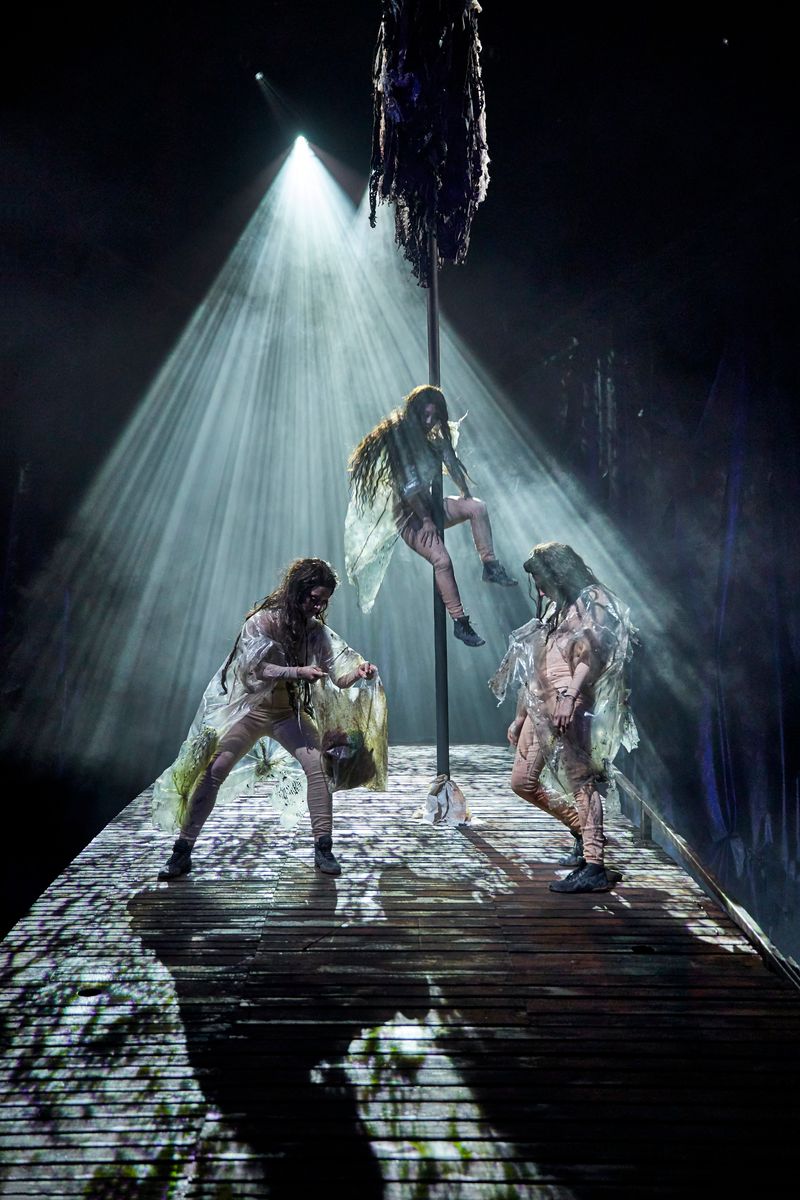 However, the best characters were without a doubt the three ”weird sisters” or witches. Elizabeth Chan (Black Mirror, Coronation Street) Evelyn Roberts (Romeo and Juliet, Funfair) and Olivia Sweeney (My Brother’s Country, The Secret Garden) who play the three sisters, were phenomenal. They were animalistic and unnerving in their movements, especially when they used the ‘trees’, and it just gave the whole play a spookier atmosphere.

Alongside the three witches Lady Macbeth, played by Kirsty Besterman (The Merchant of Venice, King Lear), was perfectly cast too. Besterman really embodied her ambition, madness and greed whilst showing her as an affectionate and loving wife. 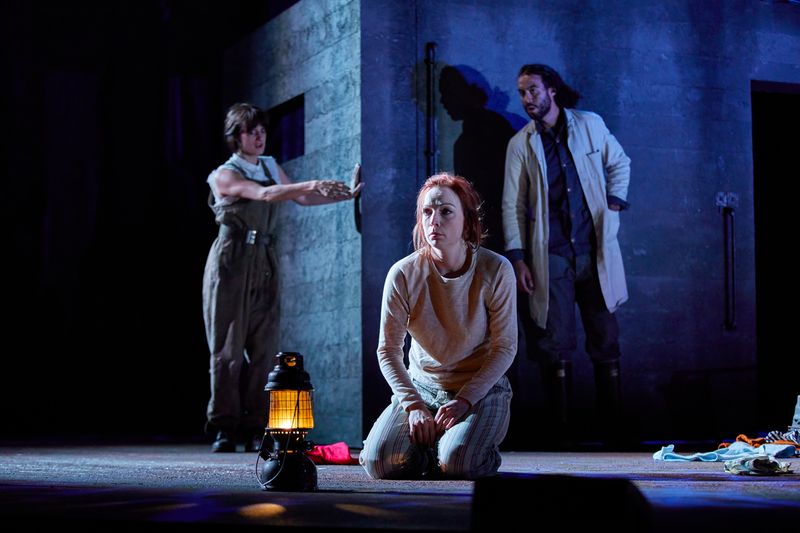 The relationship between Macbeth (Micheal Nardone- Sleeping Beauty, Rogue-One A Star Wars Story) was beautifully played in this production. They were obviously completely in love and enjoyed many passionate moments. One kiss even earned a huge cheer from the audience!

Despite this, Nardone as Macbeth wasn’t overly impressive. He was weak and overpowered by Besterman in most scenes they were into together. He only truly showed his own towards the end of the play in the big fight scene which fell a little flat.

The National Theatre‘s production was genuinely enjoyable and I would recommend going to see it. The fantastic sets, passion and performances make this a truly great show.

Find out where they are next here. 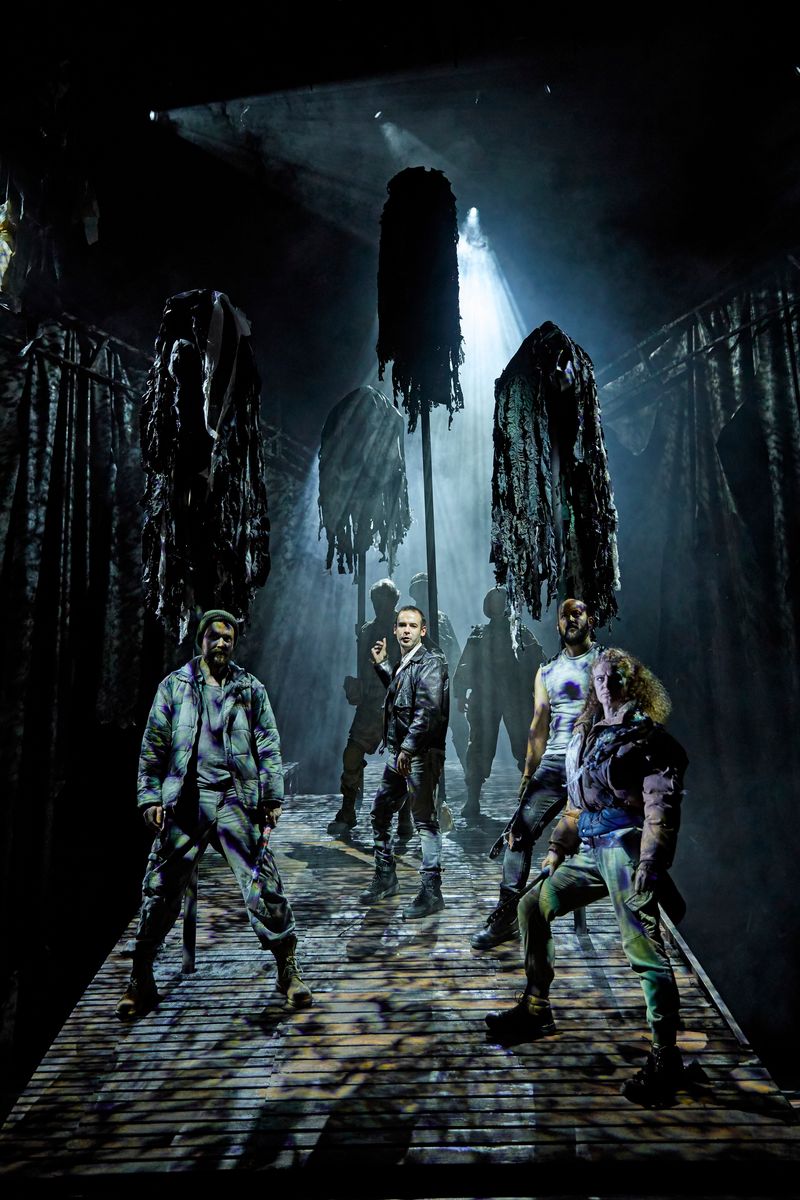