REVIEW: Rag’n’Bone Man takes us as we are at Manchester Apollo

Nobody looks forward to Monday and maybe it is the least liked day of the week as it means one thing, we need to get over the weekend and get back to business. However, for Rag’n’Bone Man’s fans, Monday was the most awaited day.

After playing O2 Apollo in Manchester twice but only as a supporting act, this time Rag’n’Bone Man (Rory Graham) brings his Overproof Tour to town for two sold-out shows of his own.

The singer-songwriter, British Breakthrough Act and Critic’s Choice winner at 2017 Brit Awards has started this year with the release of the album ‘Human’ and he is now touring. 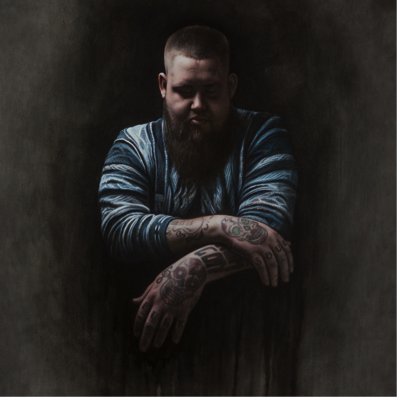 Eagerly and impatiently, they waited for the singer to walk on stage and when he did, the venue filled with cheering and whistling.

The show began with ‘Wolves’, Graham grooving along with the song and soon his towering voice made the O2 Apollo seem a tiny place.

Rag’n’Bone Man got personal with his fans and in between each track, he explained the story behind the song or who it was about. Before performing his song ‘Life on Earth’, the singer admitted:

“I’m not a dude who gets given songs by people, I like to write things about personal stuff.

“My thing has always been that how can you sing a song to people with any heart and meaning if you didn’t write it about something that has a meaning? This song is for my mum’s mother, my grandmother because she deserves it.”

Even though he has been performing this track for so many years, Graham revealed that it always puts a lump in his throat and it’s no wonder why. The touchy and poignant lyrics got to the heart of the audience.

When his songs are quite sorrowful, the singer lightened the atmosphere joking about them: “I write depressing songs, but I also have happy songs…two of them.”

A moment full of goosebumps was created during ‘Skin’, his fans doing what they are best at, singing along to every word. Their voices became more prominent towards the end of the track at the lyrics: “When my skin grows old/When my breath runs cold/I’ll be thinking about/About you.”

Moreover, the singer performed a song that, according to him “doesn’t exist yet”. Getting on stage only with an acoustic guitar, Rag’n’Bone Man started singing an emotional track ‘Don’t Set the World on Fire’.

His set ended with an incredible performance of his song ‘Hell Yeah’, which highlighted his vocals with stage lighting changing between dim and bright according to the rhythm.

For Rag’n’Bone Man, 2017 has been his year and as his tour list suggests, next year will be even greater than this one and we cannot complain!