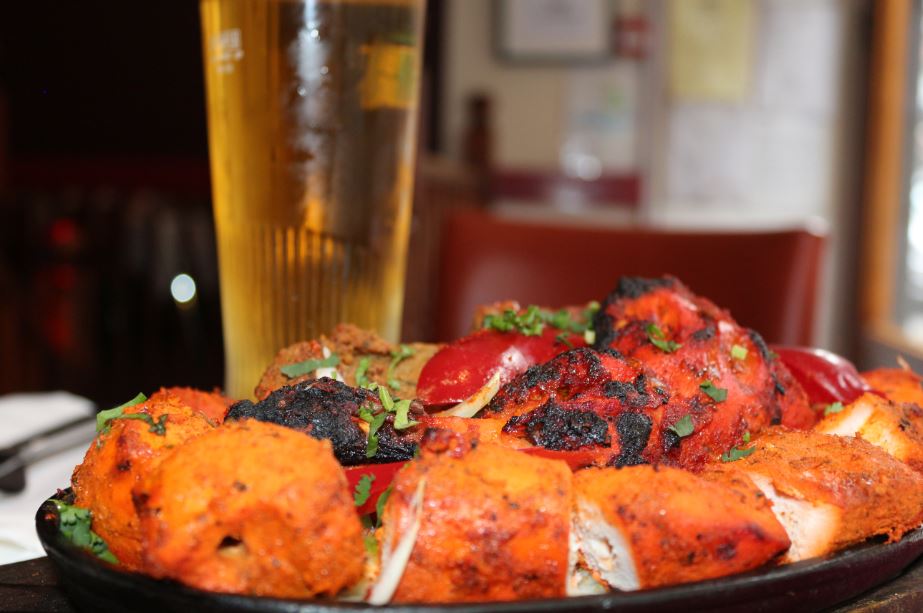 My record down Brick Lane is thirteen. Thirteen different times a restaurant has attempted to take me through their doors for a curry when walking down. They’re a persistent lot down Banglatown. Some may construe these goings on to be a form of pestering, but most Londoners enjoy the breath of fresh air. It is a different world down there, and the curries on offer are similarly otherworldly.

Sheba, around half way down and close to the Old Truman Brewery, was my choice last week. One of the oldest curry houses down Brick Lane, and bristling with the almost customary awards that so often pepper the front of the restaurants here; my companion and I had already heard of them, quite some feat considering the overwhelming competition. Sheba is understated inside, with a large downstairs area that really brings the place to life in the early evening. Portraits of a number of, what I assumed to be, Indian film stars and celebrities lined one wall, with the rest a rather pink and purple-hued affair. White table cloths, red trimmings.

Packed to the rafters by half eight, with a medley of fabulous smells coming from the kitchen; the two of us gladly received our starters – spicy poppadums (£0.90) and Kebab Ke Karisma (£10.95) – in no time and, with two pints of Cobra to assist, attacked the chicken, lamb chop and minced kofte kebab assortment with relish. Well, chutney. 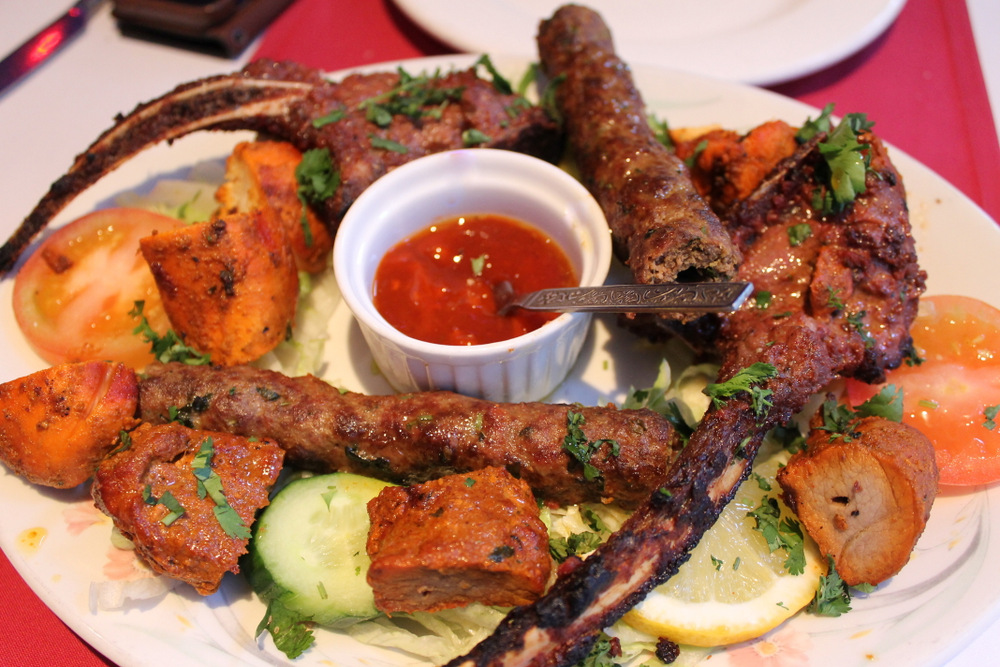 Dry and spicy, the meat was a wonder, and quickly demolished, with pints of beer starting to appear as if we were part of some alternate Stella Artois advert. You know, with the barman timing the pints for the sultry madam as she arrives past the bar. Only this time, each and every one was perfection and delivered promptly to hand.

And we were, quite simply. The Xacuti, a Korma-esque coconut milk and yoghurt concoction (but with added spice) disappeared quickly amid happy hums, but my Shashlik Bhuna stole the show. I wholly concur with the tagline on the menu, ‘Truly recommended for Shashlik lovers’. I was, I am, and it was a delight. Charred with tomatoes, onions and peppers, the lamb was went down a treat, swimming down a river of sauce and my Cobra. Just delicious.

Had we not been quite so stuffed, we would have probably then attempted the Bollywood Blast (£12.95), found after a quick glance back at the sizeable menu.

It read, ‘Not for the faint hearted! Tender Lamb chunks cooked in a sauce of green chilli, Mexican chilli, Naga chilli, African chilli, spring onion and red kidney beans. For die hard Chilli Warriors and mad hatters!’ Something for another visit, we agreed. With a few more friends. And a bucket of milk to douse the flames.

Feeling rather fluffy like the rice, and as substantial as the naan, we squeezed out the door to catch a drink in one of the many neighbouring bars to watch the sun go down. Such was my satisfaction that actually I left my phone on the table behind me. Quite apart from the unscrupulous behaviour I’ve come across before, the Sheba staff hit the red button and proceeded to turn the restaurant over, with the help of the affable diners still enjoying the atmosphere, in an attempt to find it.

And found it was, hiding in the laundry basket, in with a load of table cloths. A credit to the community, and a really outstanding curry house. 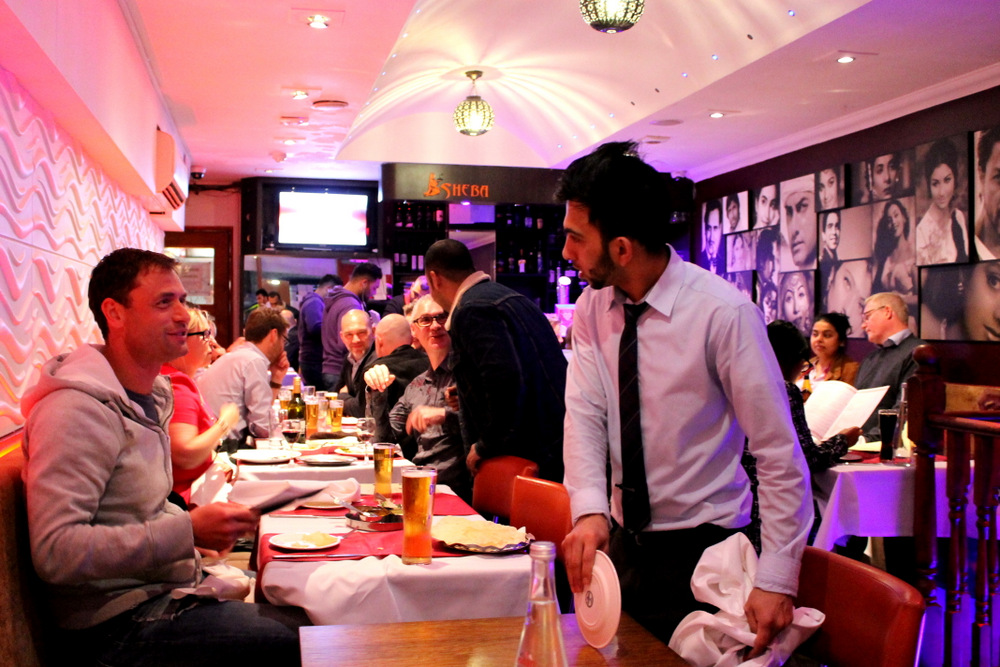