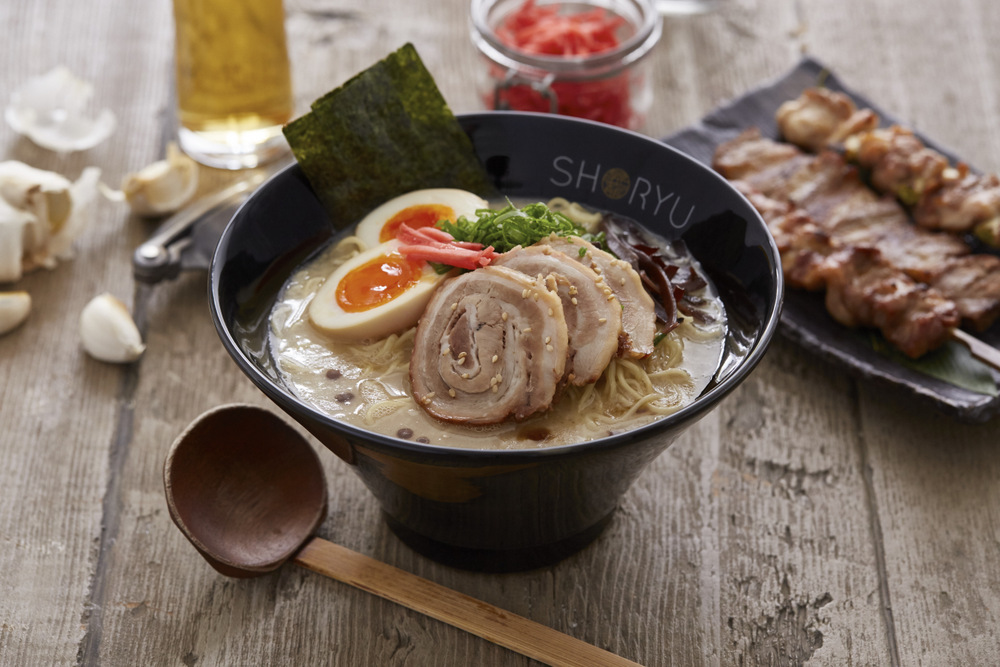 The first thing I noticed was the drum. Sitting pretty on the bar top, small and beige, this drum could be heard right through Shoryu Ramen in Soho. Found down Denman Street, one of four London outposts (and a new food truck), this is a Japanese restaurant of real swagger. The drum, I discovered, was regularly cracked by busy waiters to highlight a diner’s need to be attended to. Then there was my companion, who just couldn’t resist a whack.

While it was a Tuesday, Shoryu Ramen was packed and with a tail. Word had spread that a new autumn cocktail menu had been unleashed to complement their traditional Hakata tonkotsu ramen, with a queue patiently waiting in and outside the front curtain. Thin ramen noodles swimming in a pool of thick, rich pork soup, with as many extras as to create its own ecosystem; the food at Shoryu Ramen is outstanding from the word go, and Soho is well aware.

With her taste for drum satisfied, my companion and I squeezed into a table near the front window. Diners slurped and slooped all around us, gracefully wielding their chop sticks and spoons, making a mockery of the buffet Chinese forks offered in a restaurant just a few doors down. This was serious Japanese cuisine, with all smiles and no suits. The menu is chock-a-block, but broken down nicely by the wait staff, who looked like they desperately wanted to join us in indulging. 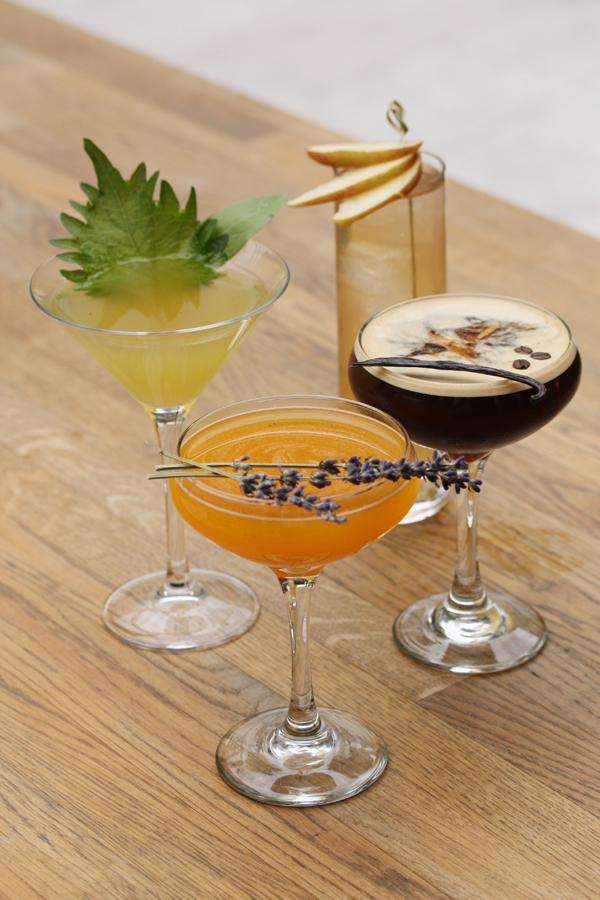 The autumn cocktail list is made up of four vibrant mixes, doused in Japanese flair. The Yellow Ichyo (£12.50), for example, is a simple yet considered offering. Made with yuzu umeshu, shochu and benedectine, with muddled basil and shiso leaves; it would not be out of place in a swanky Mayfair bar, let alone in a ramen restaurant.

No ramen can be without an accompaniment of gyoza, as we were told by our enthusiastic waiter, and so to start we demolished a set of their Hakata Tetsunabe Gyoza (£7 for 6 pieces). Well, I demolished it. My gluten-free, drum banging dinner guest went for the Ginger Salmon Tatsutaage – cuts marinated in starch and deep fried. Both dangerously tasty.

Then it was time for the main event. I received their signature ramen bowl – the Shoryu Ganso Tonkotsu (£11), while she of gluten-free went for the Miso Wafu Chicken (£11.50). We explored with relish, sipping a pair of Kaede Maple (£10.50) – an exhilarating mix of jinzu gin, namazake, apricot brandy, and passion fruit. 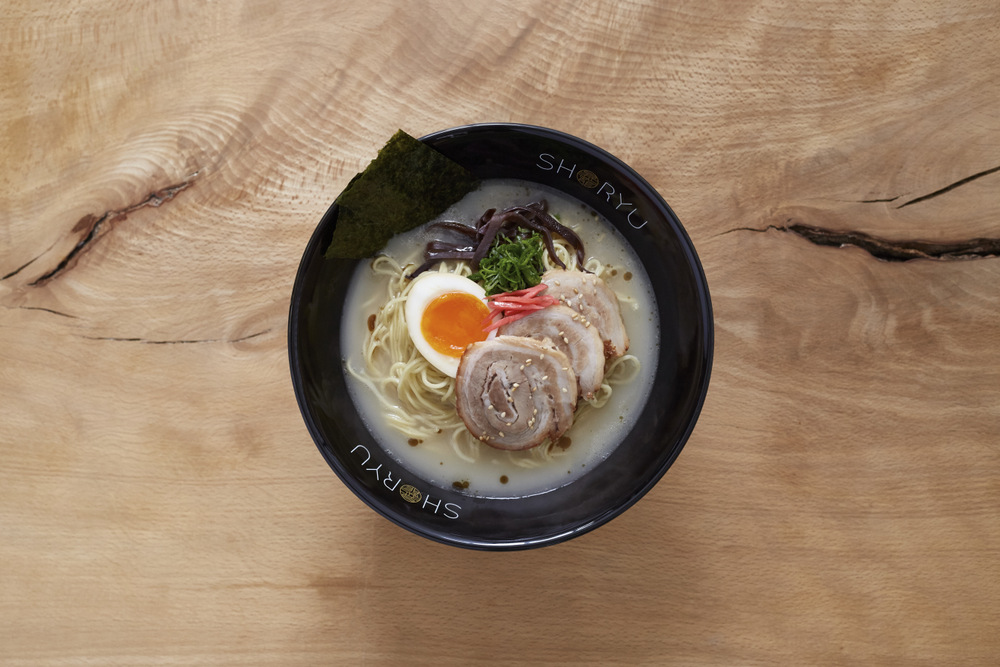 The vortex of swirling char siu barbecue pork belly, nitamago egg, kikurage mushrooms, spring onion, sesame, ginger and nori seaweed was quite mesmerising. No two mouthfuls were the same, and while my chopstick skills are a little rusty since returning from my time in Hong Kong, the two of us had tremendous fun tackling our respective beasts.

The richness of the broth really is key, and there was real character in mine. I mourned the loss of a full bowl as I made headway, a credit to the efforts of Executive Chef Kanji Furukawa. A Hakata boy, born and bred. His is a most authentic recipe, and one that Japanese food-loving, London lubbers really need to wrap their tongues around.

There was still time to try the remaining two cocktails. The Autumn Kaze (£12) – cold espresso, jim beam rye whisky, shochu, cointreau, yuzu umeshu, vanilla syrup and topped with orange angostura bitters – was an ideal digestive-type offering. I was satisfied and full, ready to wind down.

But my companion, however, had a second wind after her Kyoto Fall (£11) – krupnik honey vodka, absolut wild tea and elderflower vodka, hoji tea and apple juice, served long over ice with apple detail. It was time to bounce into Soho central and attempt to find cocktails to match! Suffice it to say, we struggled. Shoryu Ramen had done quite a number on us.

We did find another drum though. On the back of a rickshaw in the distance. Didn’t stop Gluten-Free from chasing it down the street. 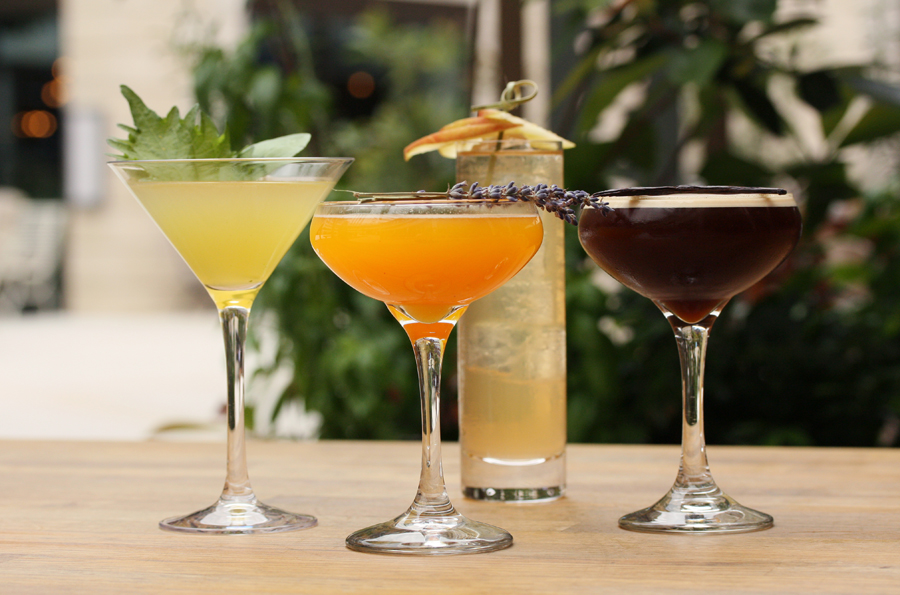