Last night Take That took to the Manchester Arena stage, playing the first of six concerts on their home turf, it was a favourable return for the band who put on a mesmerising show welcoming us into Wonderland. 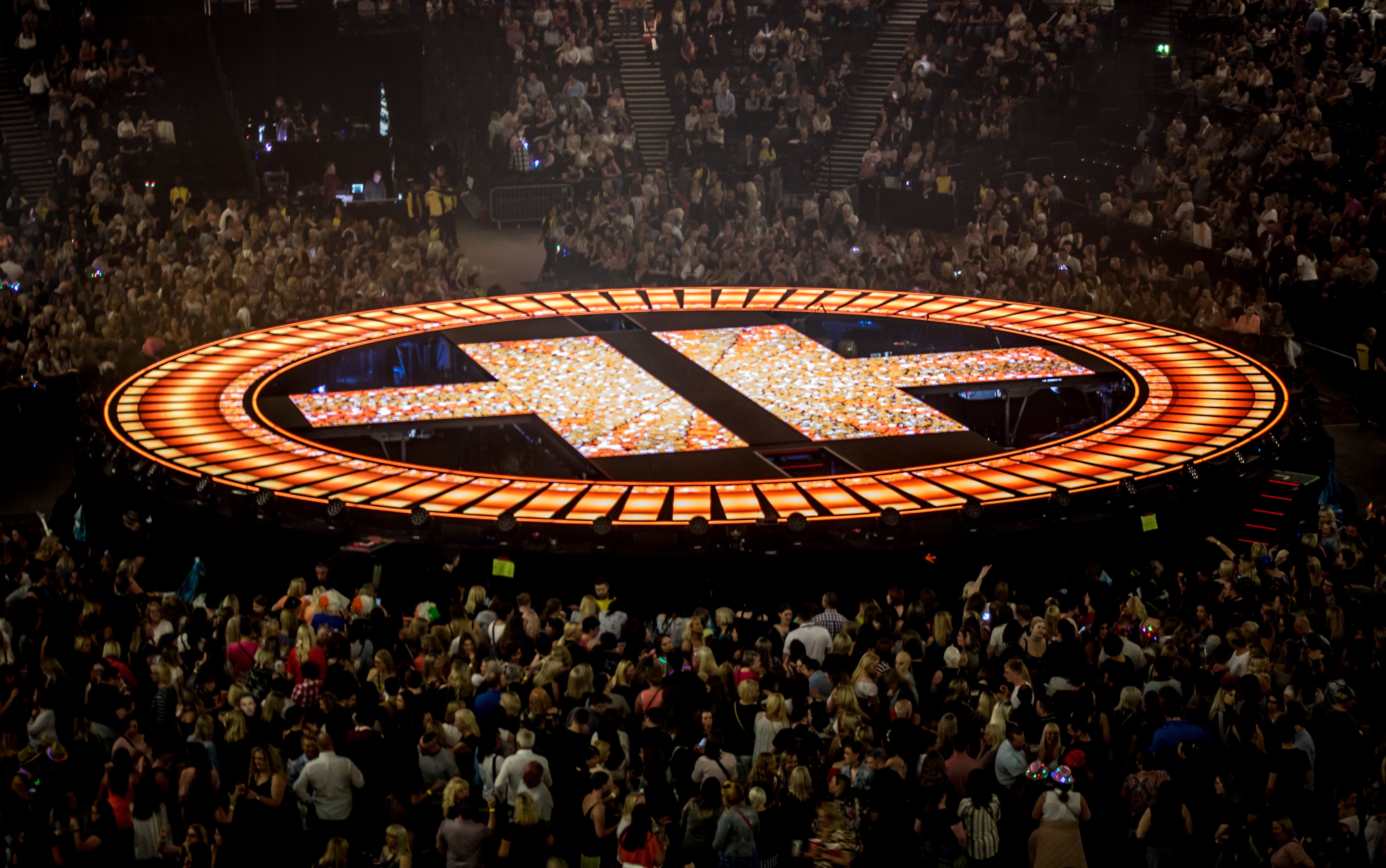 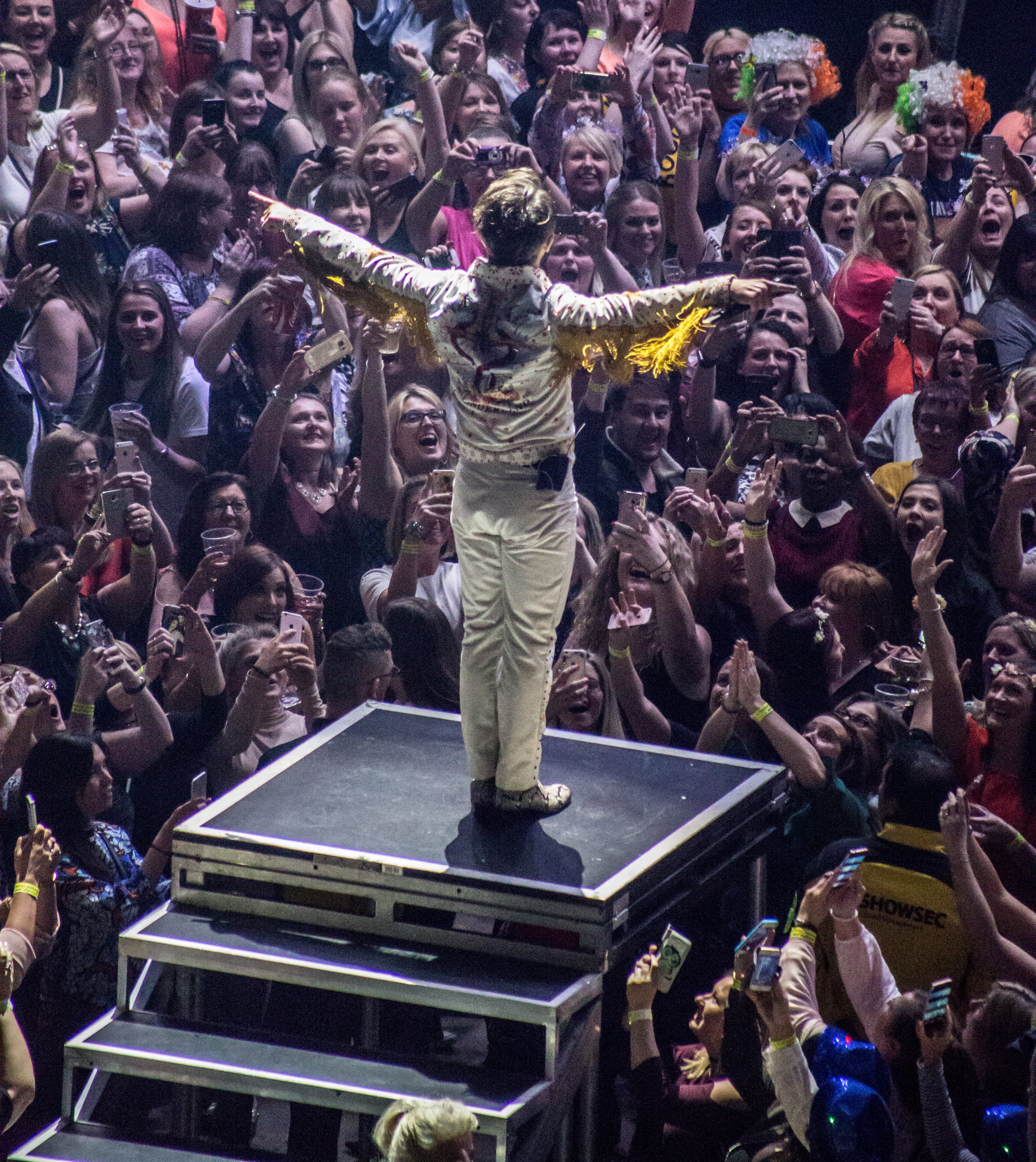 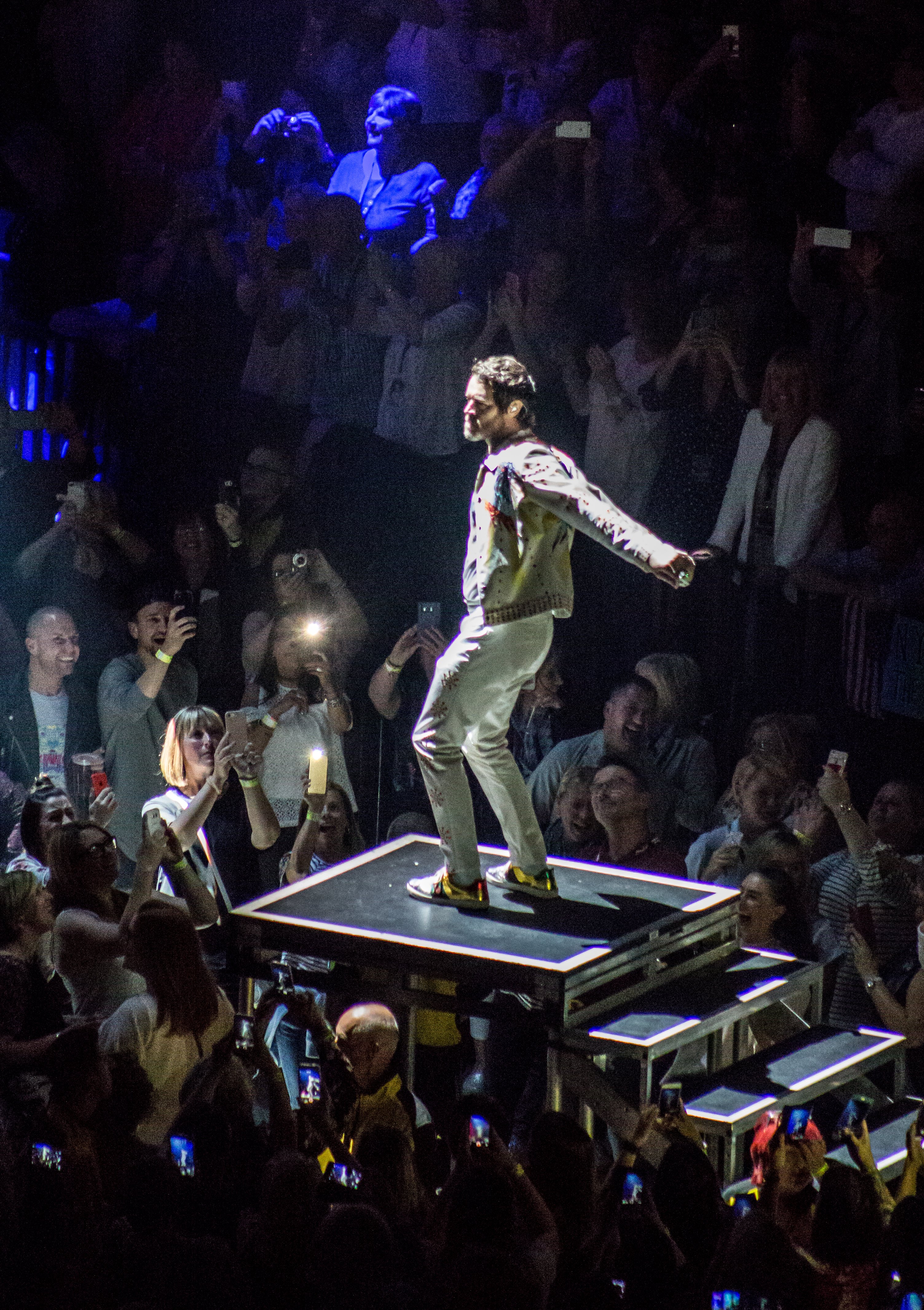 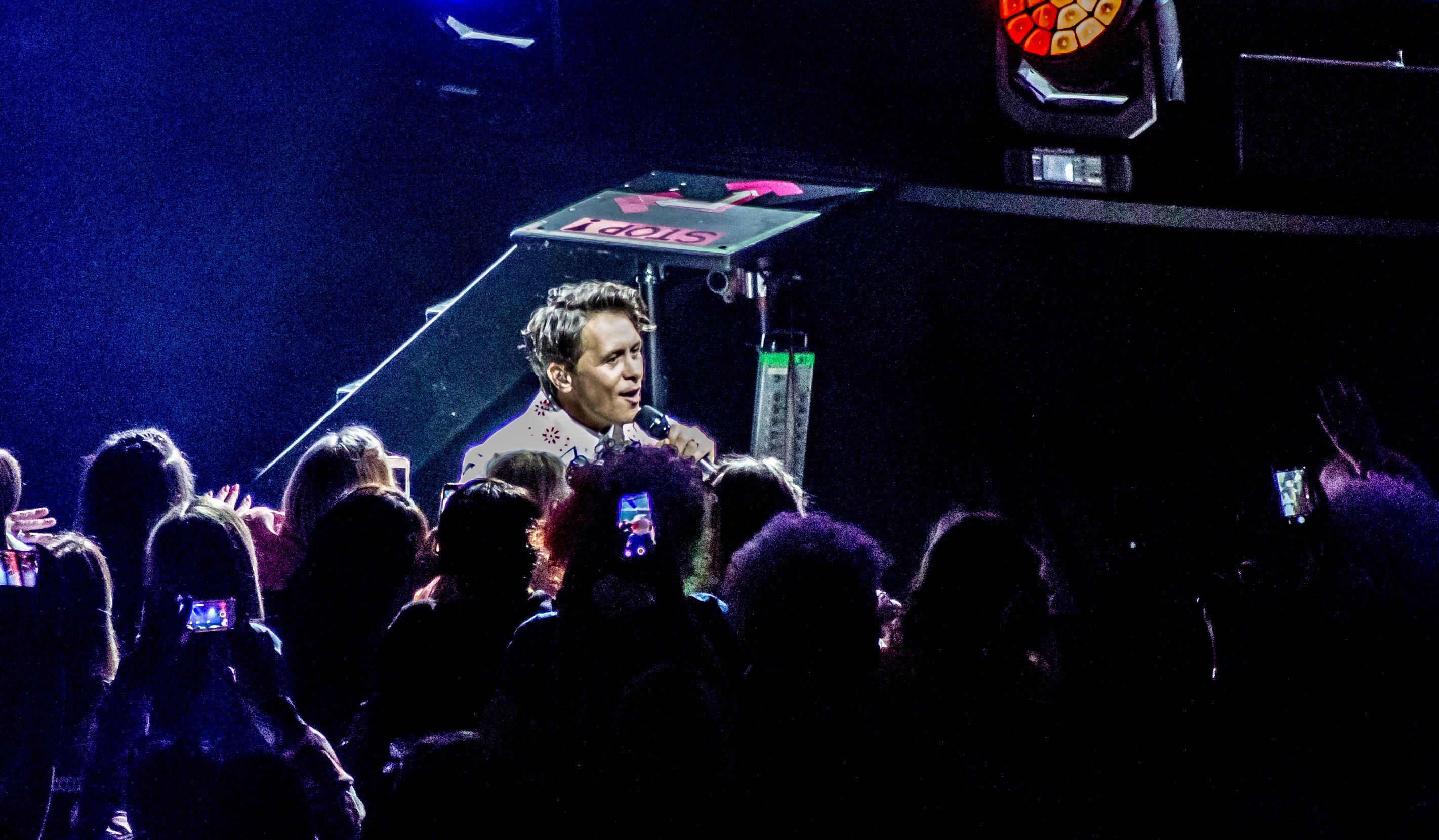 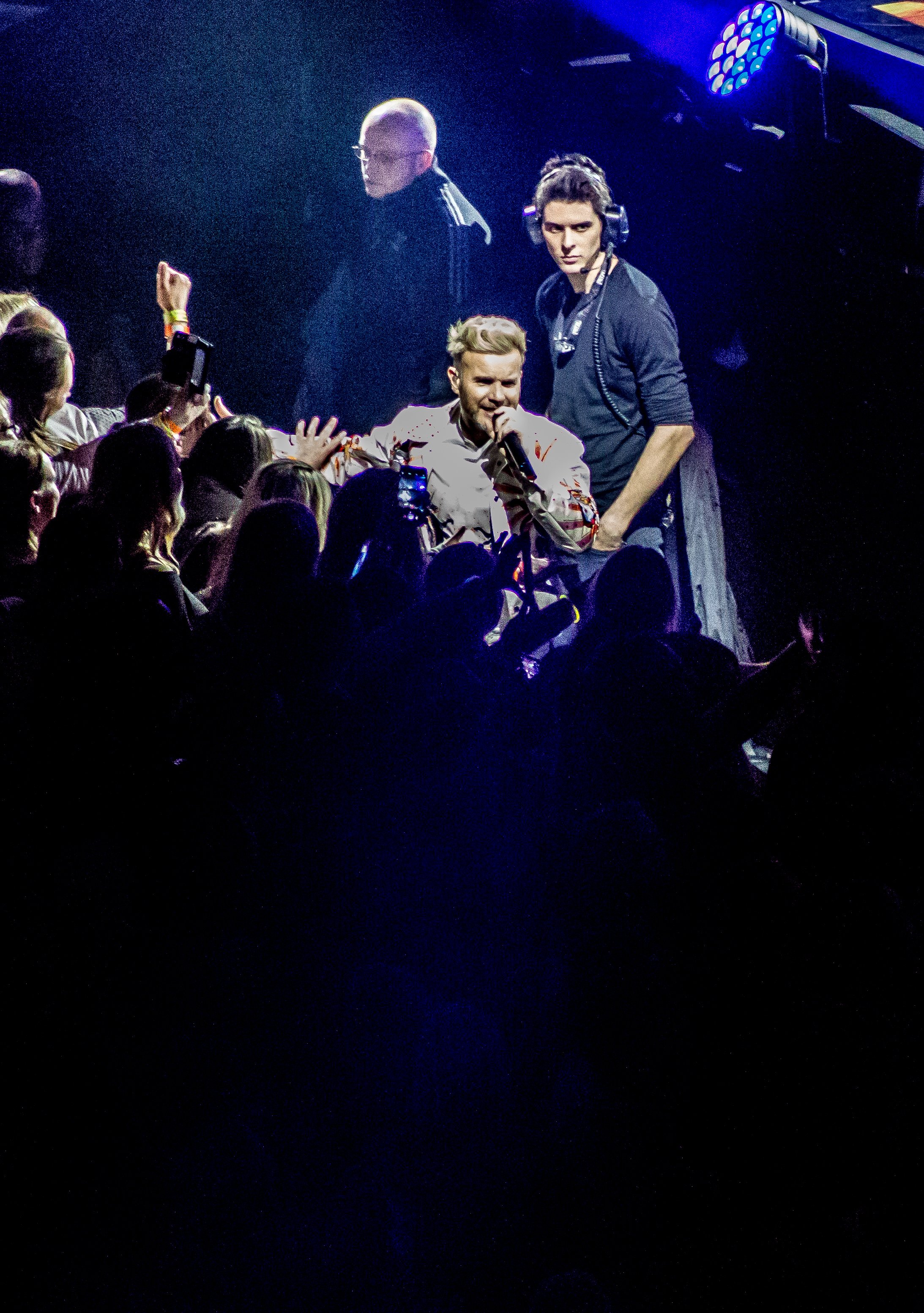 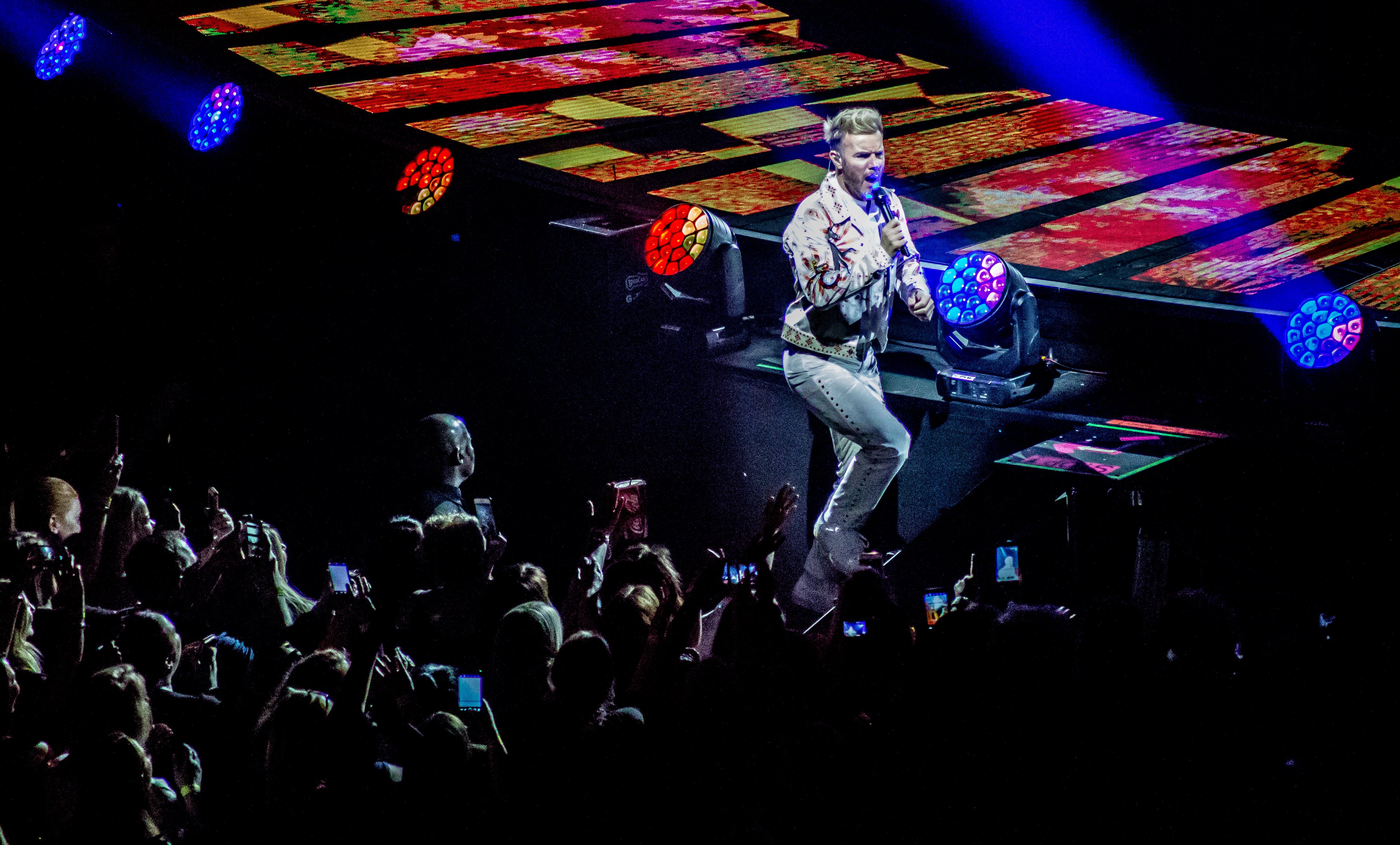 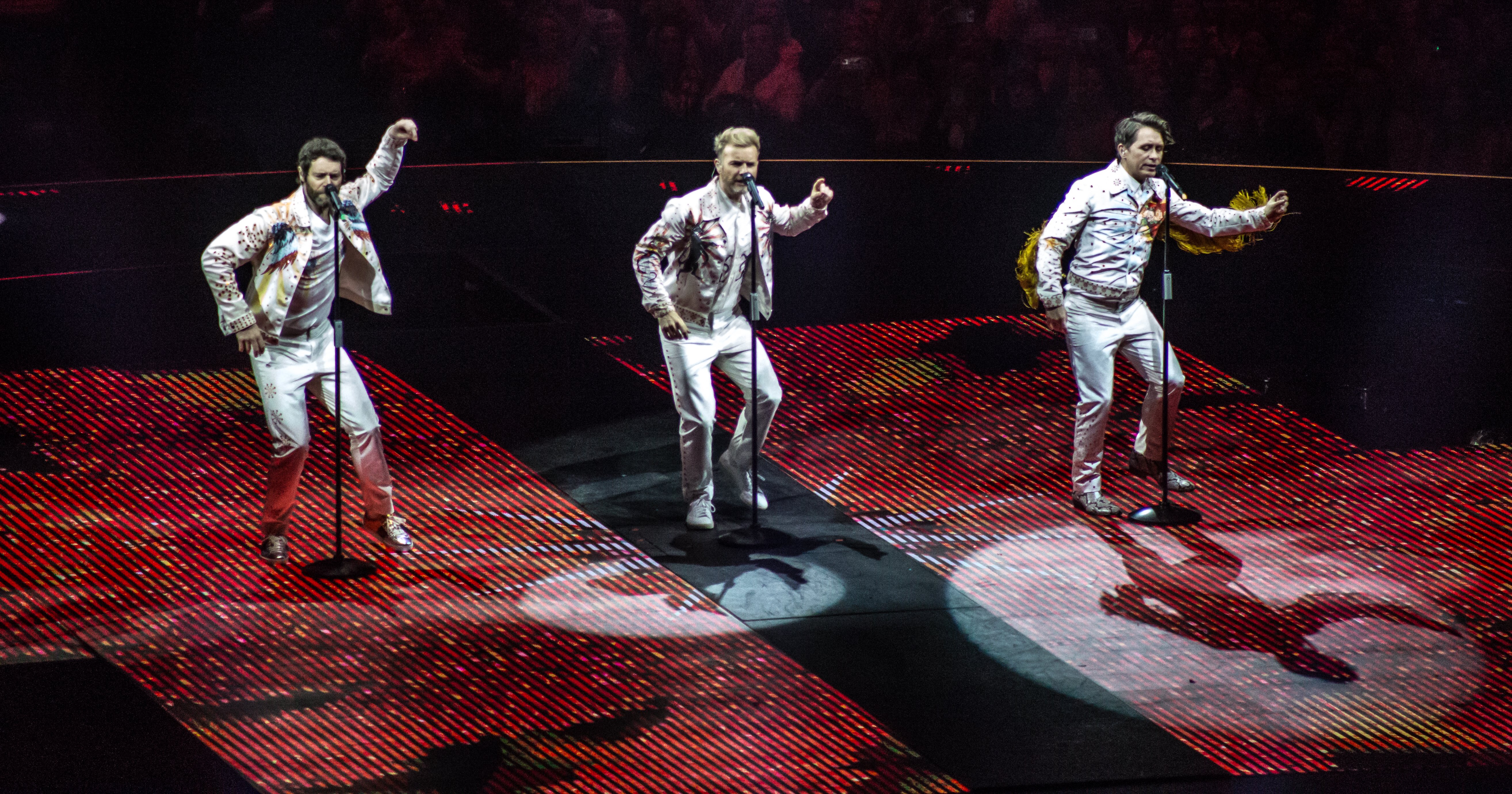 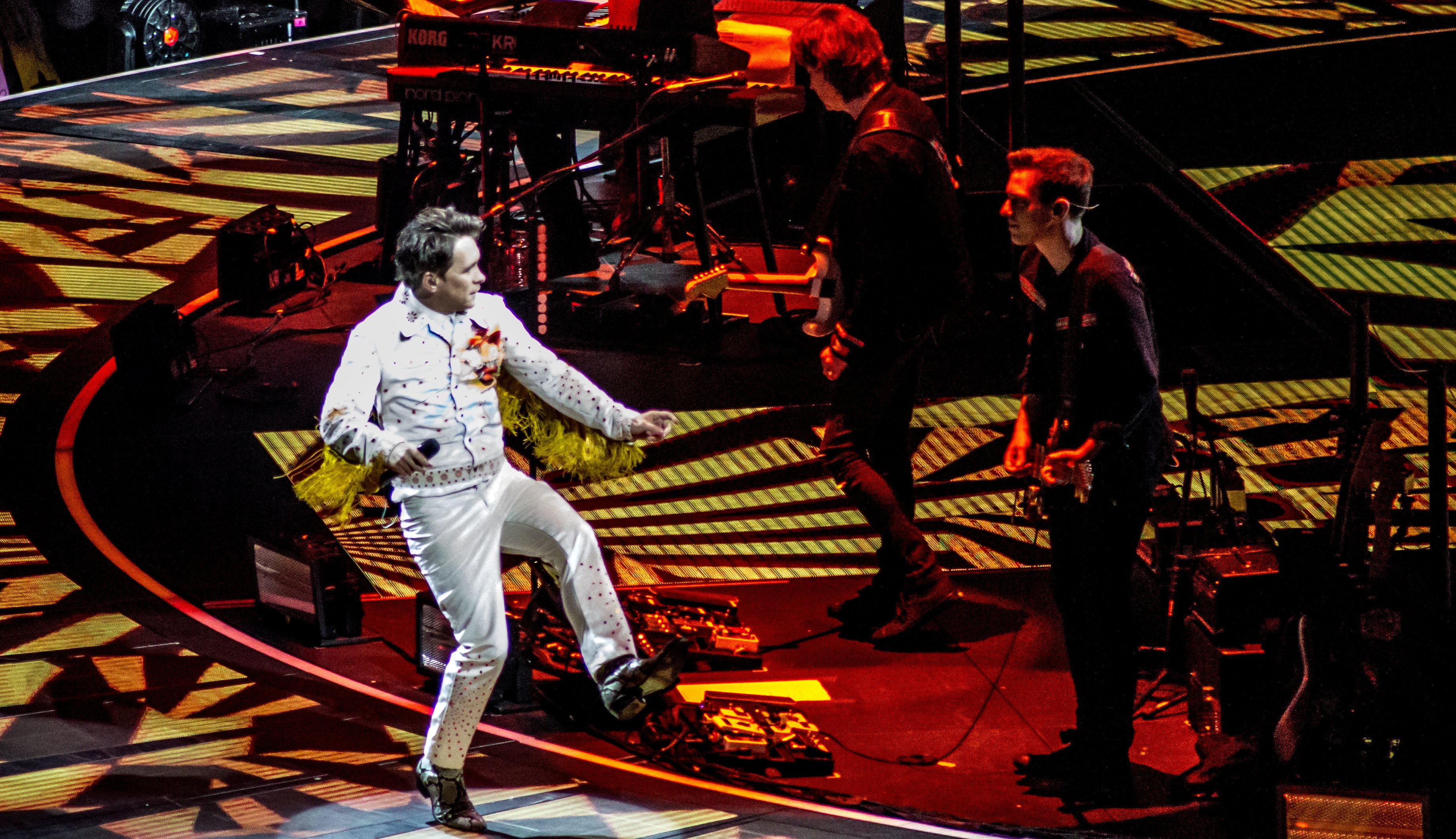 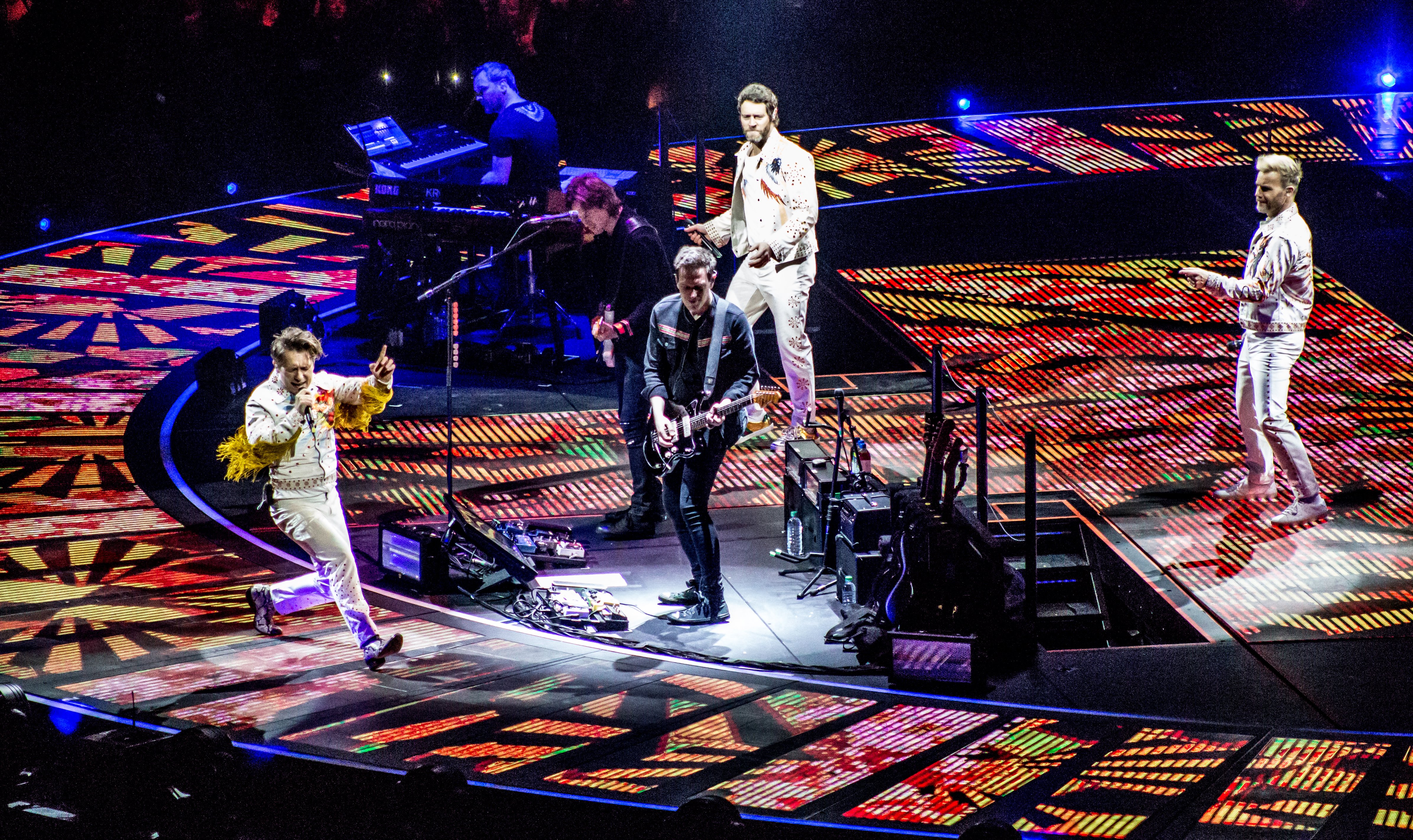 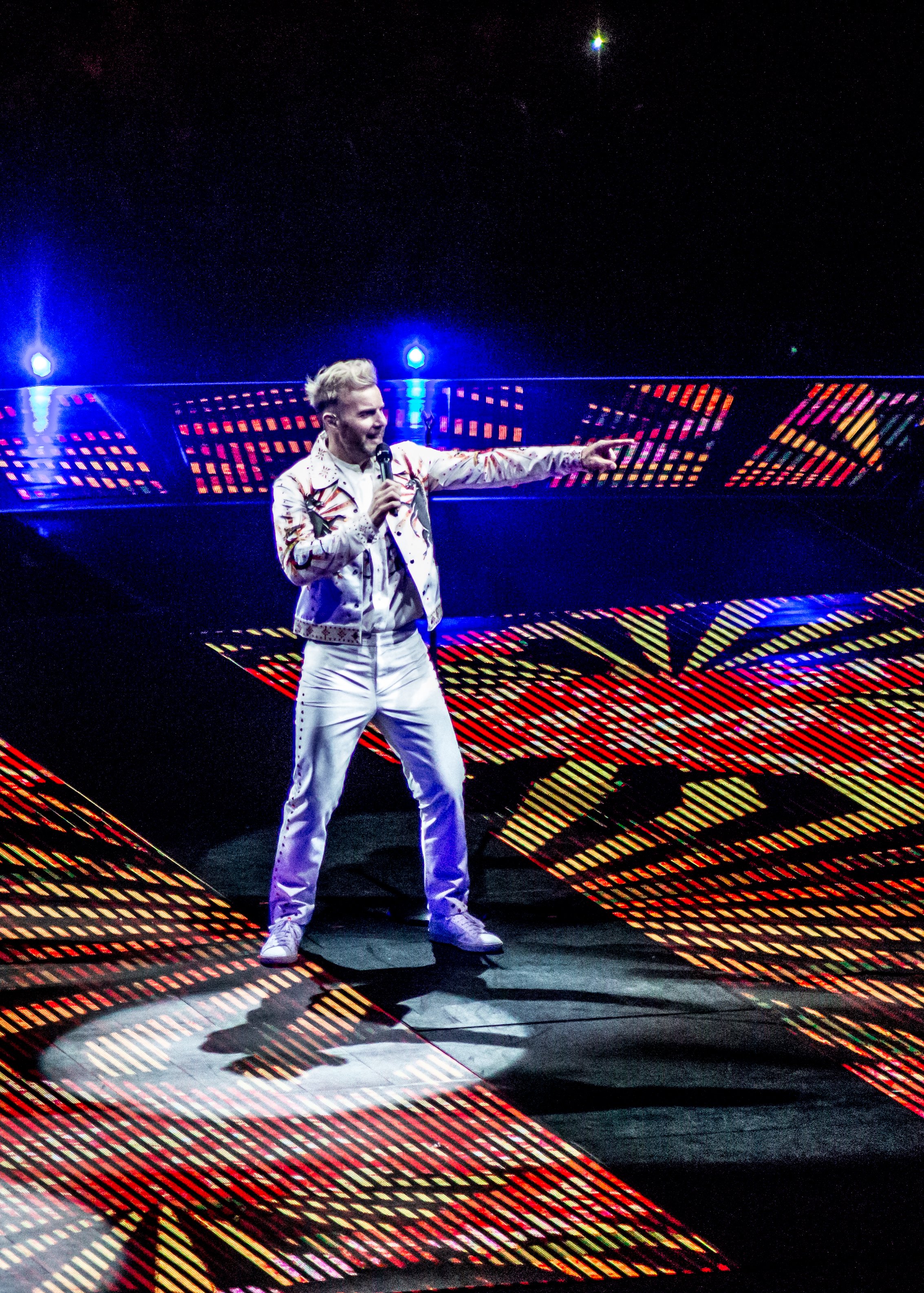 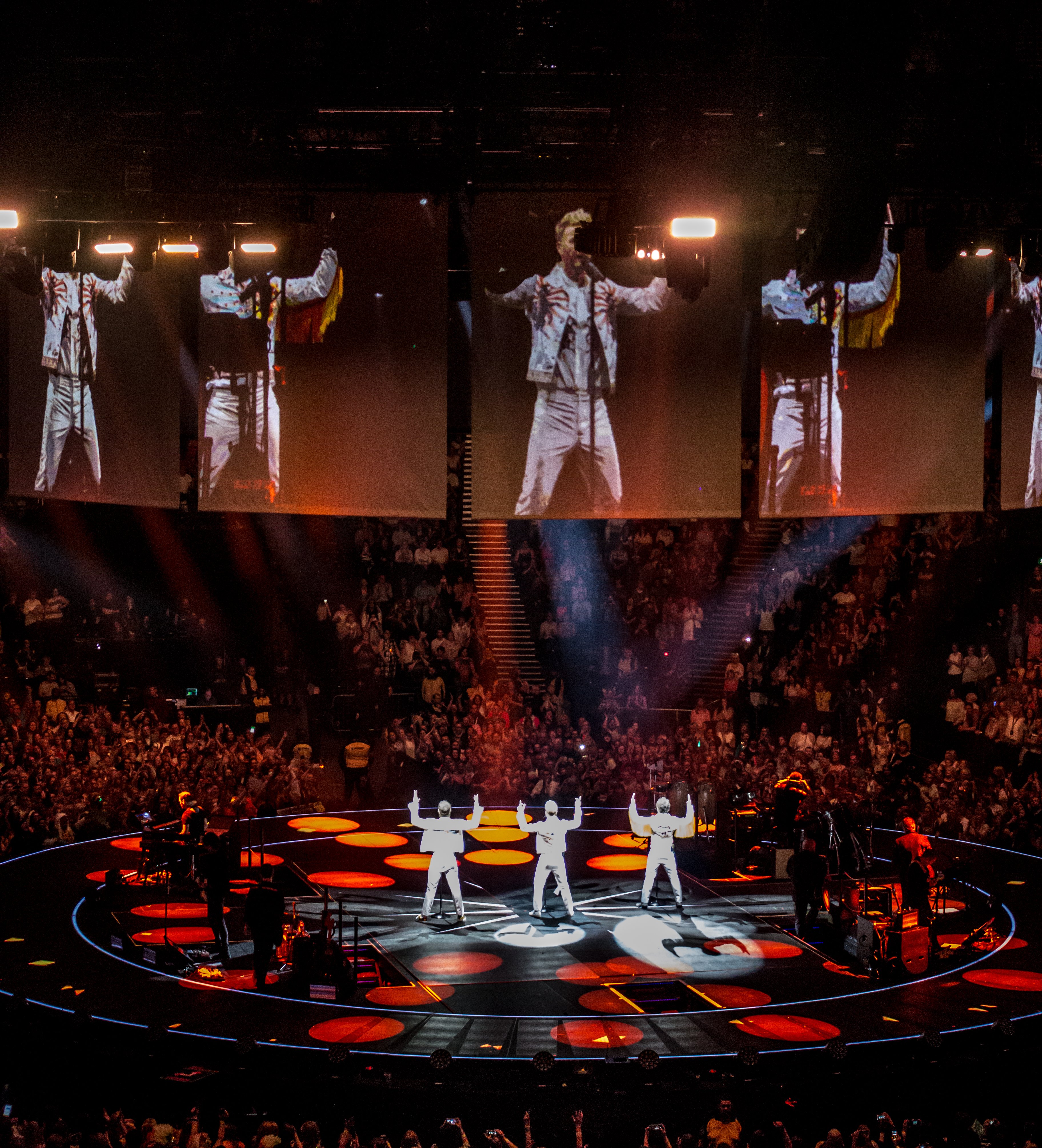 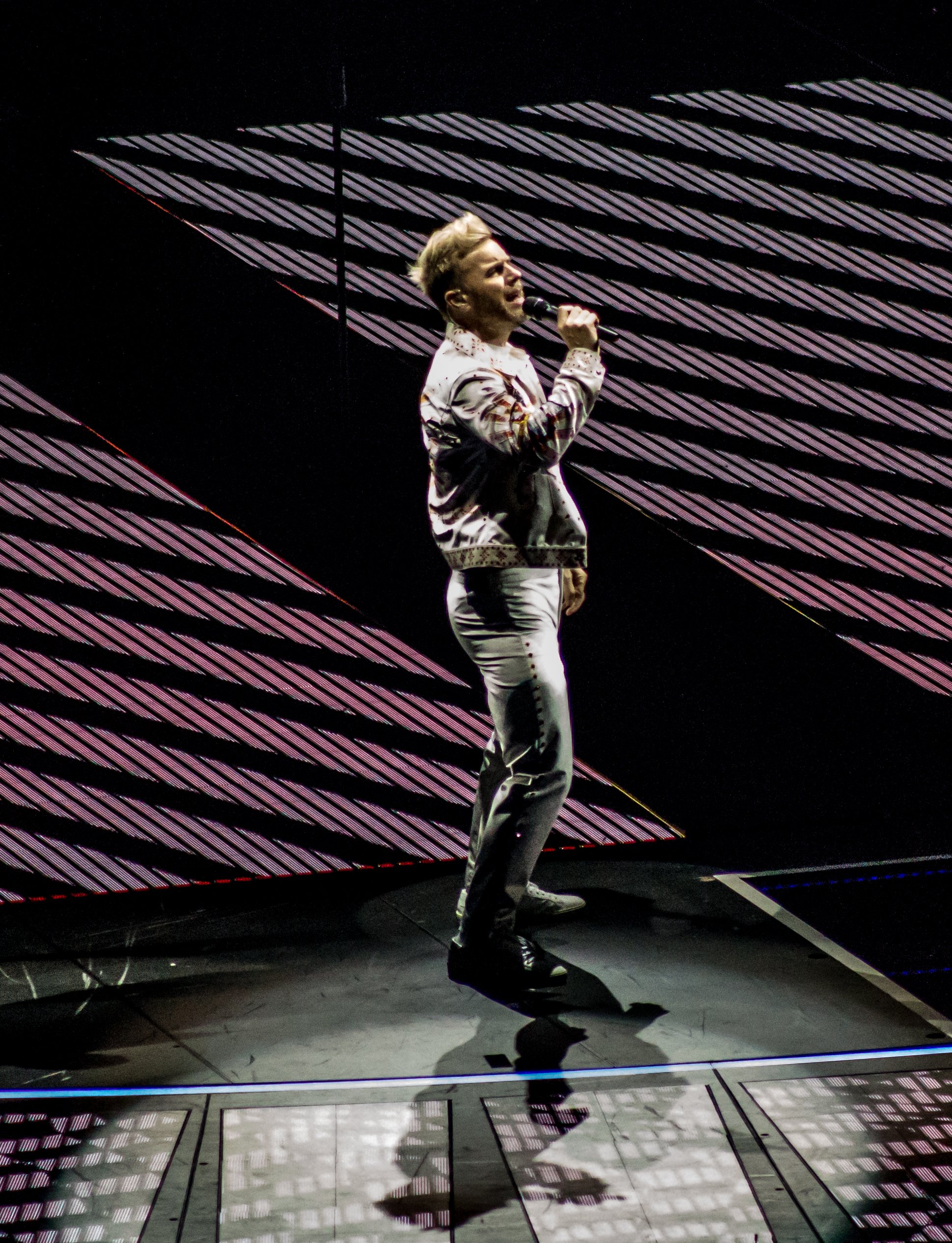 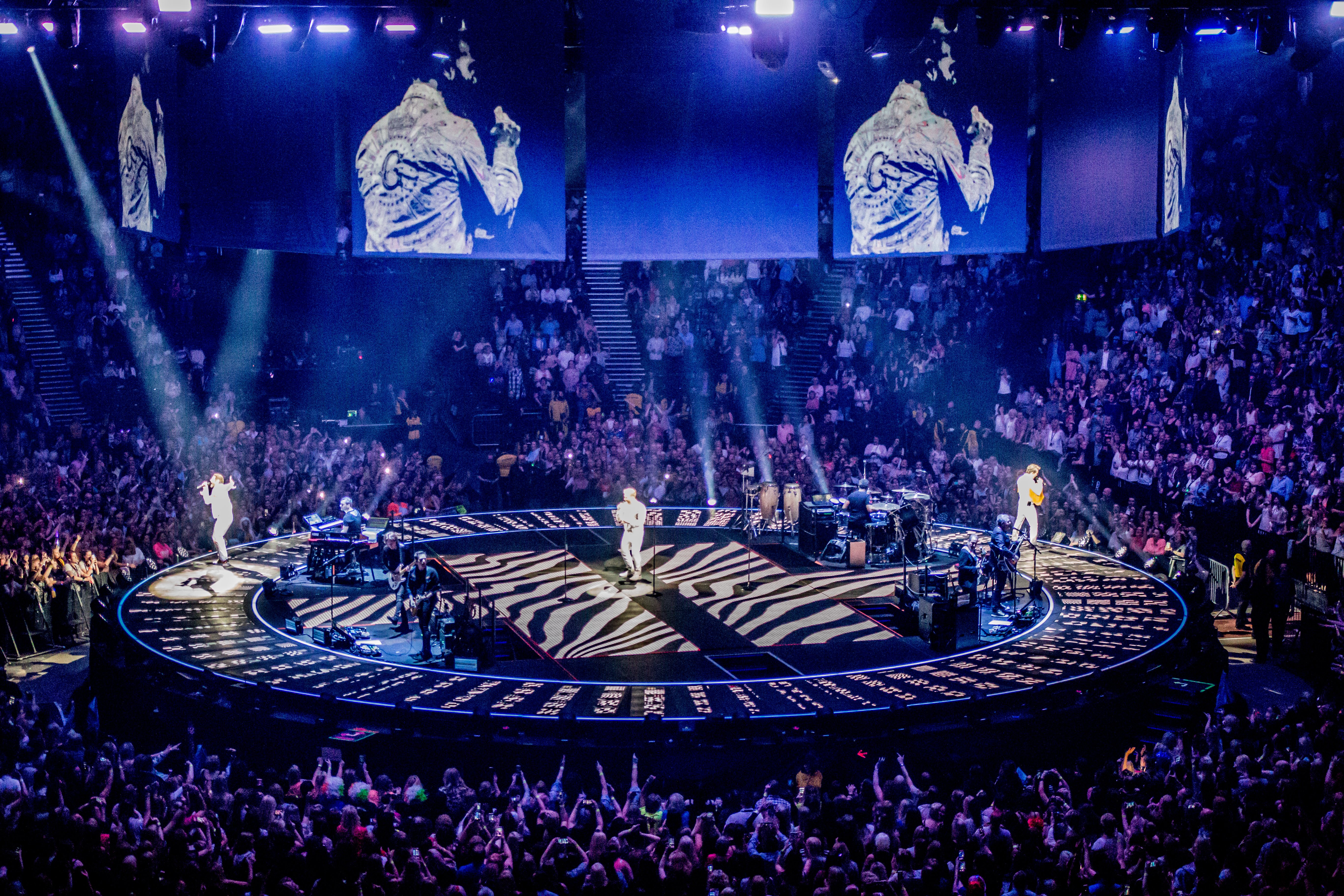 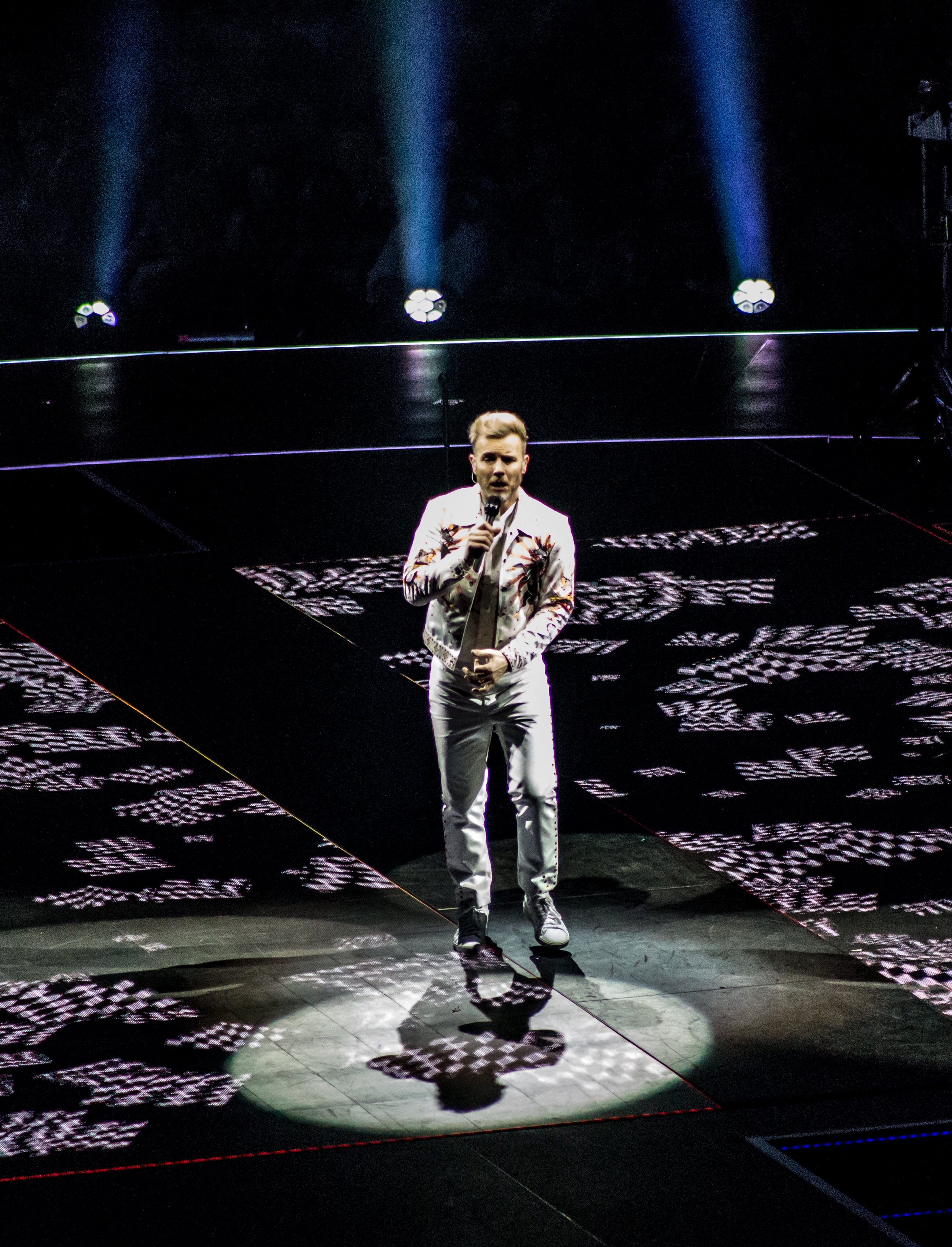 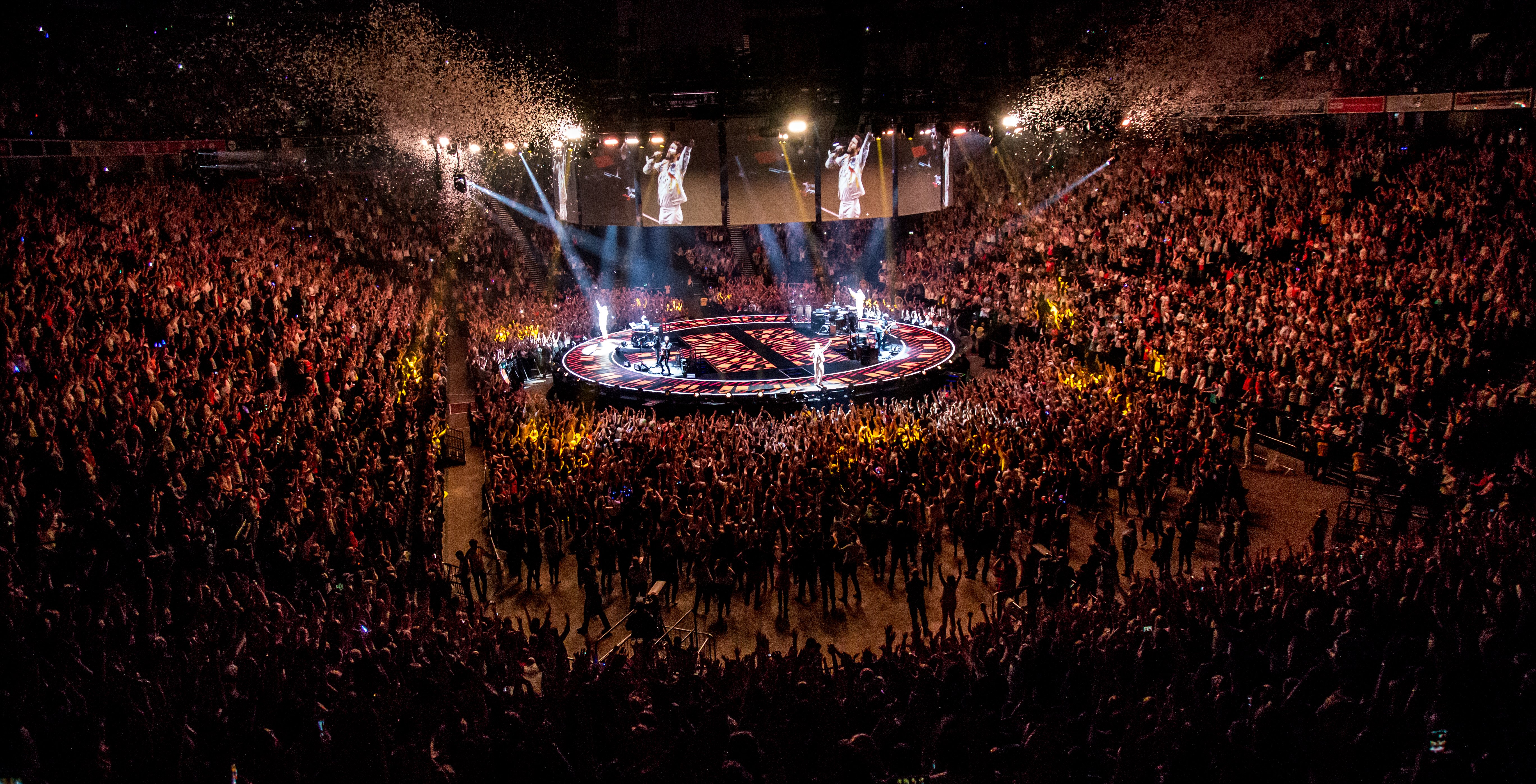 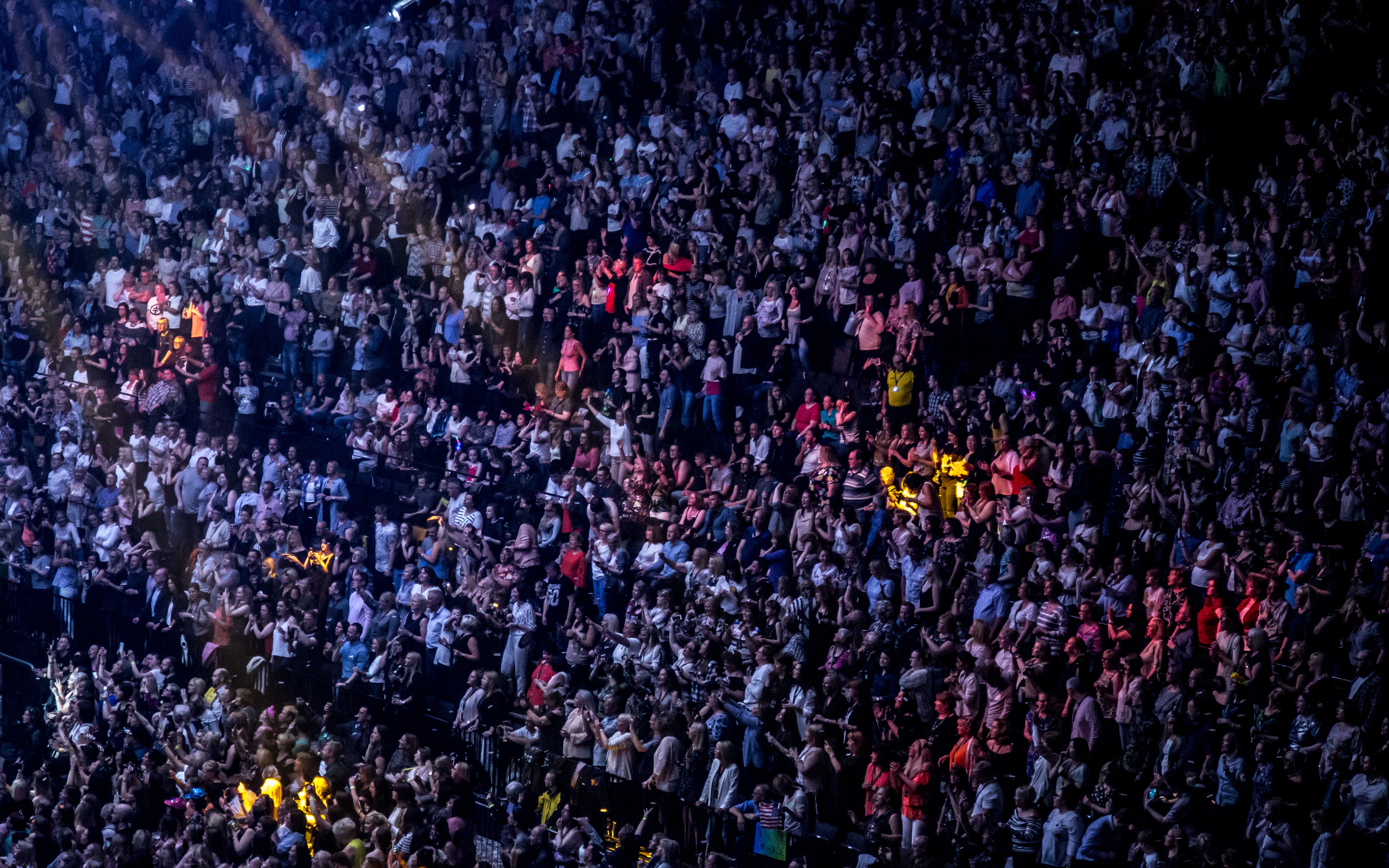 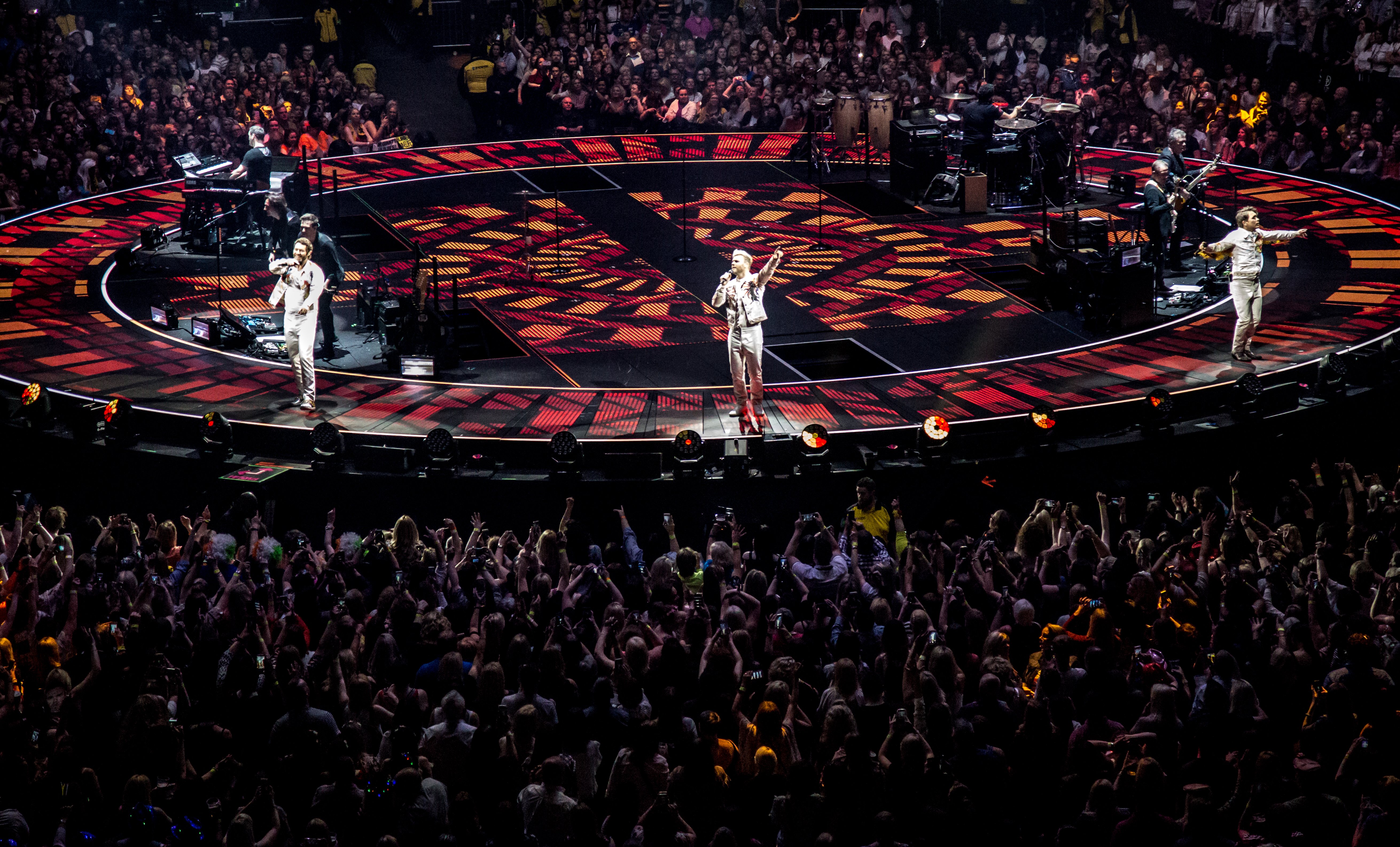 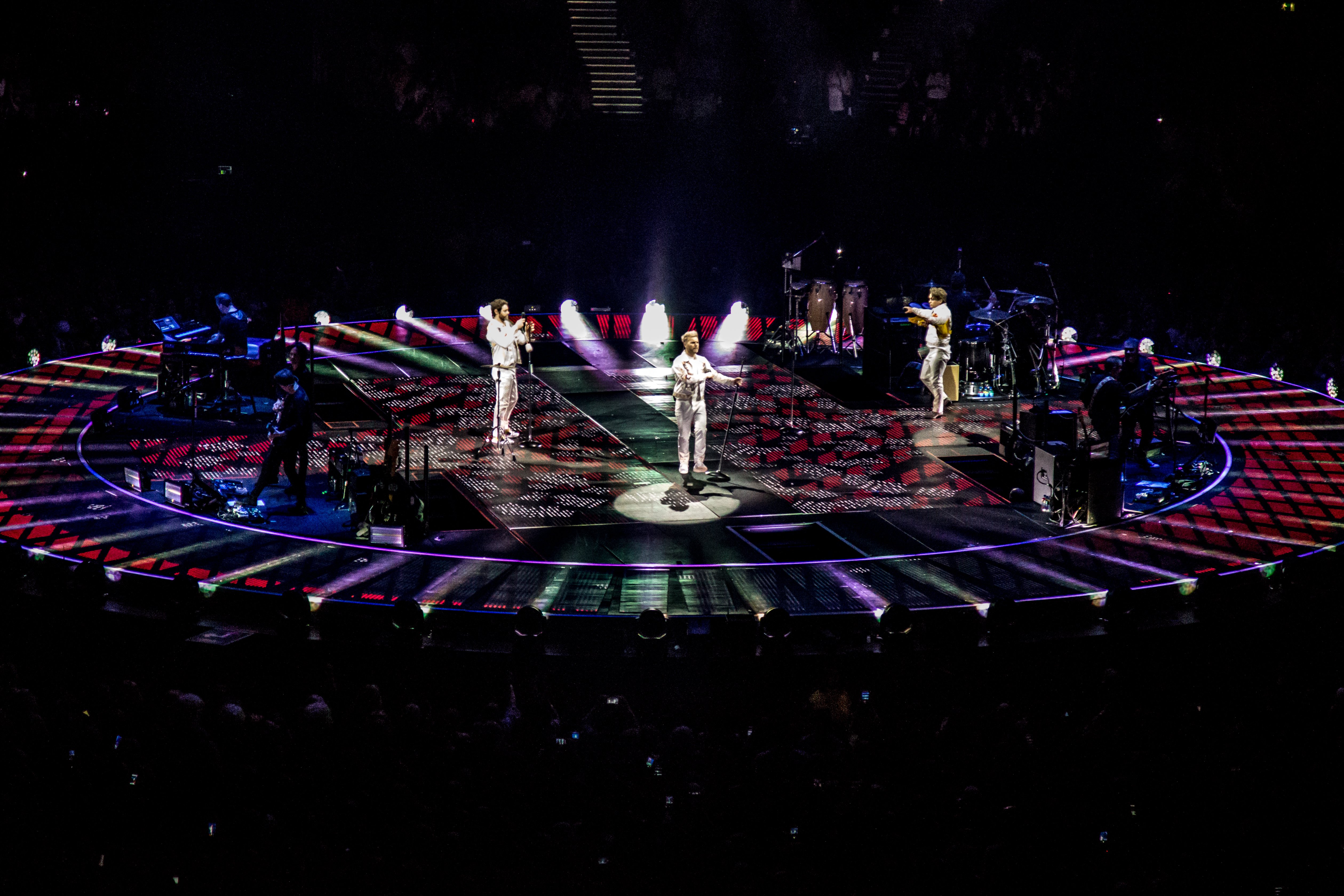 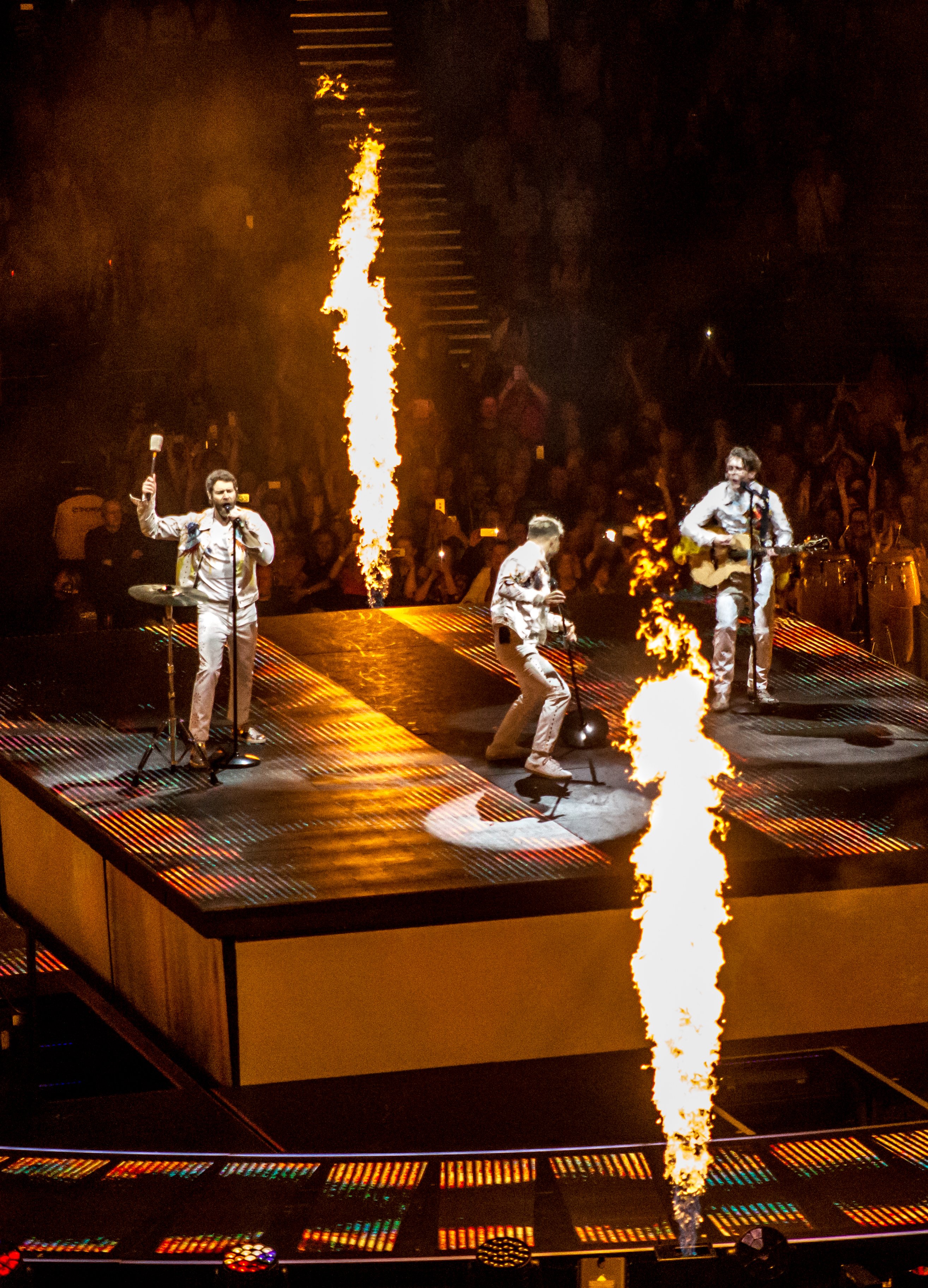 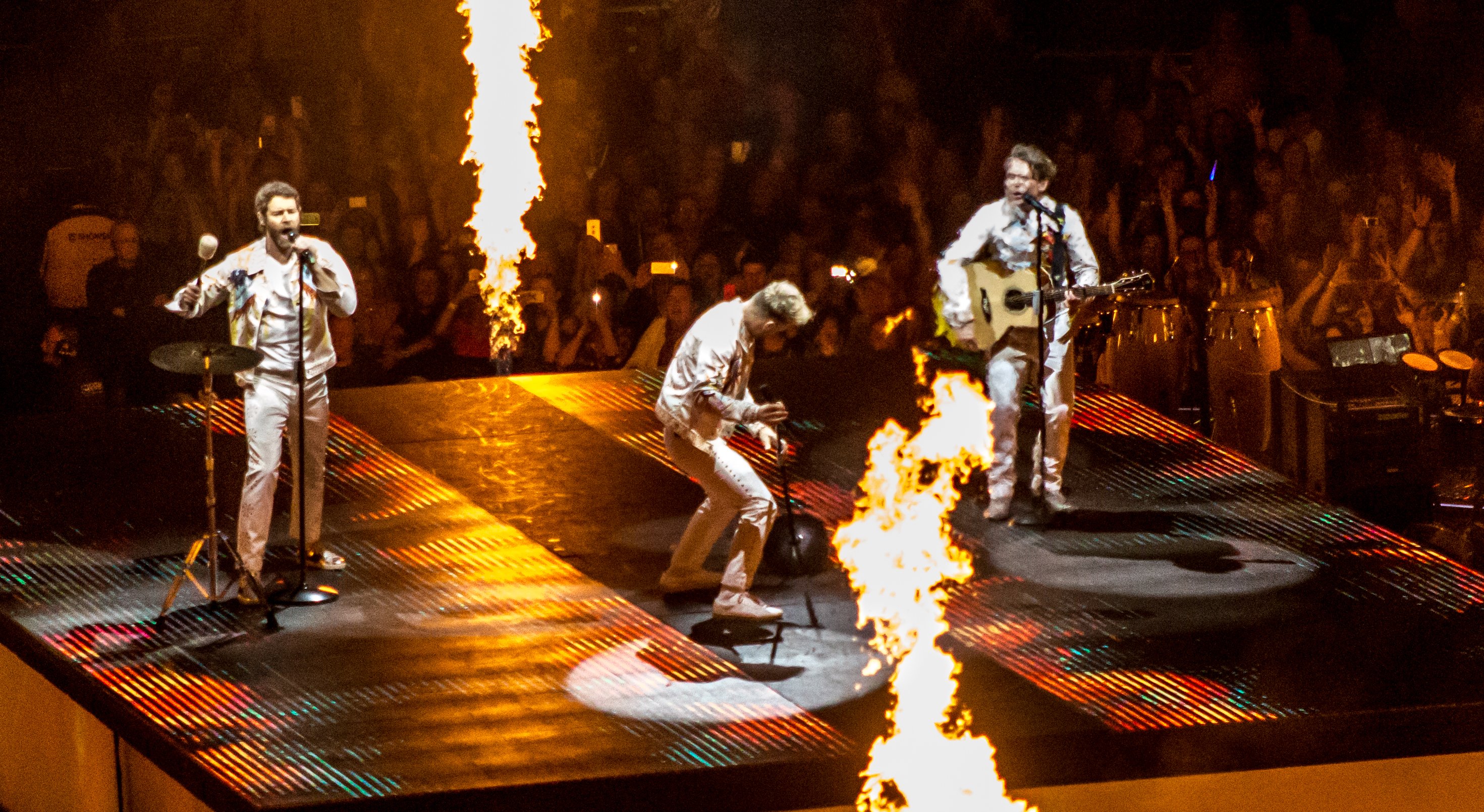 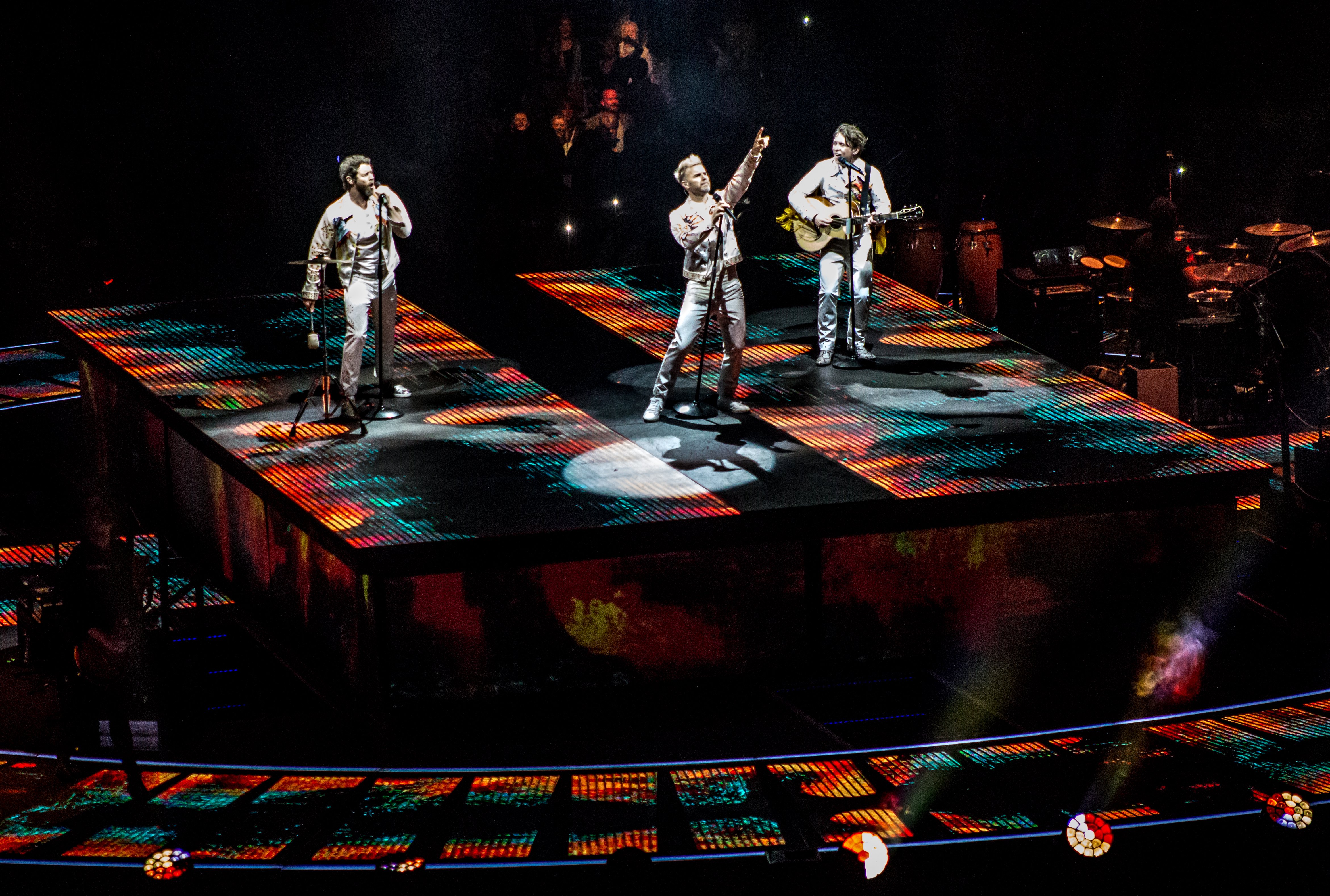 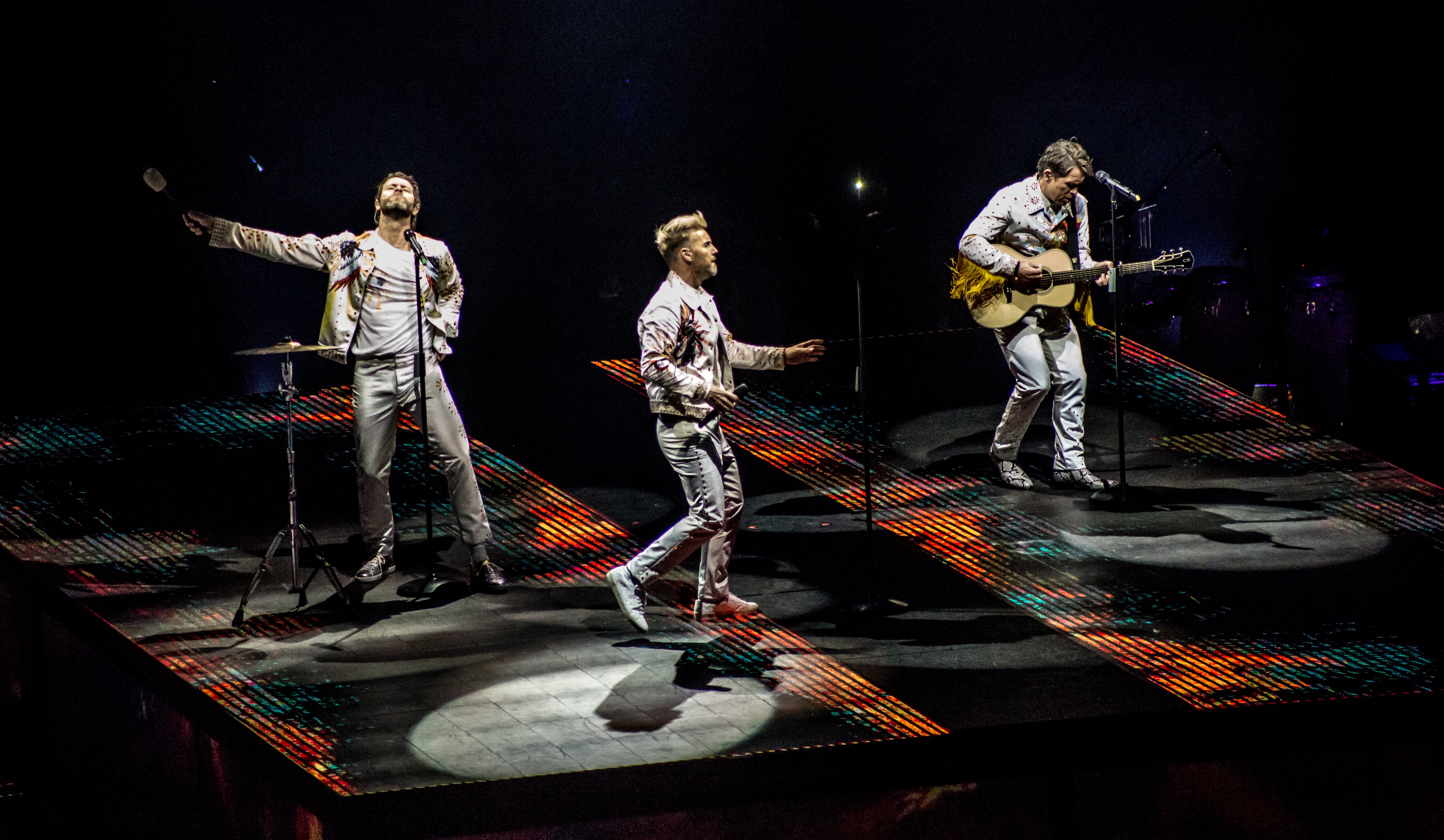 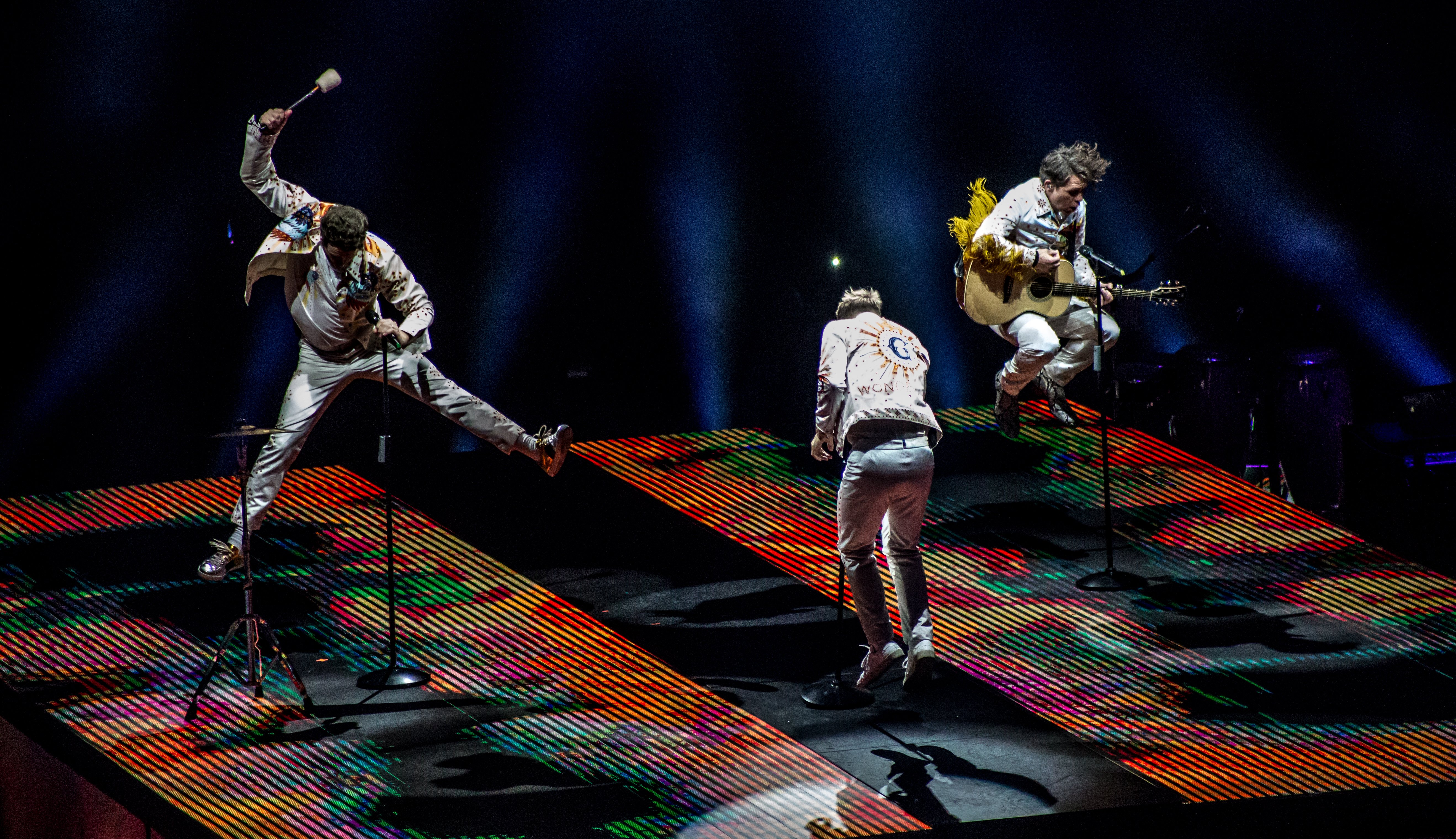 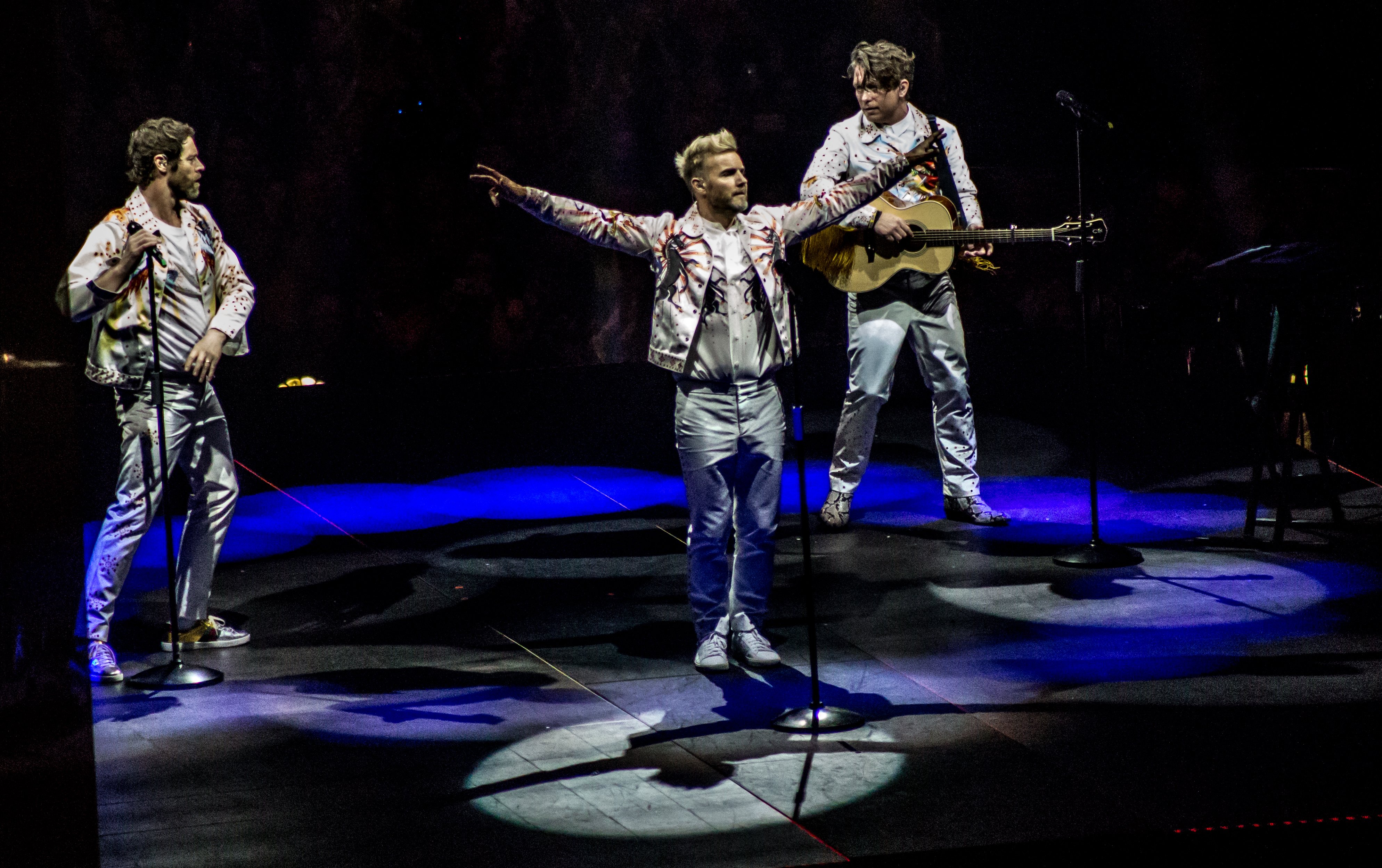 The group, which is currently comprised of Gary Barlow, Mark Owen and Howard Donald, kicked off the show by emerging onto podiums spread out amongst the standing area of the venue – sending fans into a frenzy of screams and cheers, the lads donned a full white outfit with each members first initial and the word ‘Wonderland’ embellished on the back of their jackets. 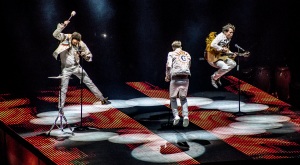 Although it appeared that fans were less concerned with what the lads were wearing, and more with Gary Barlow’s new hair do – giving off serious 90’s vibes, the lead singers blonde coloured locks were getting a lot of attention from where VIVA were sitting.

The staging for the concert was central of the arena and in-the-round, ensuring that all of their fans were fully immersed in the performances, the group worked the stage in true Take That fashion, putting on an unforgettable show that’s not to be missed. 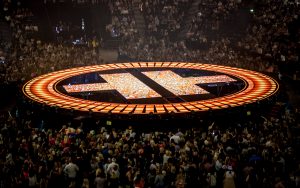 Using retractable screens, staging mechanics, a whole host of stage effects including fluorescent RAIN pouring in the shape of the iconic Take That symbol, and over-the-top props, my favourite of which was the giant flying bed that every girl in the arena dreamed was their’s for the night as it transported lead singer Gary around the stage. Although I’d say this was way less Wonderland and a lot more Bed Knobs and Broom Sticks style.

The concerts set list featured several tracks from their latest album, Wonderland, while also taking delighted fans all the way back to 1992 for Satisfied, and paid homage to the groups successful career with a selection of their biggest hits throughout the years. This medley of musical numbers was a perfect combination of songs, although it was clear from the audience that there were some definite fan favourites. 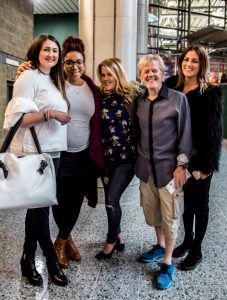 – Take That fans at the Manchester Arena

Clearly getting emotional, Gary thanked the groups thousands of fans by saying: 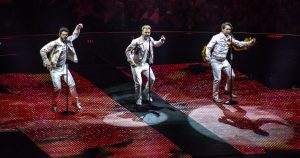 Since the bands huge comeback tour in 2006, they have become more successful than when they were first together. In total, the band have sold over 8.5million concert tickets, and in the UK alone, they have achieved seven Number One albums, 12 Number One singles, and have sold over 45 million records. Internationally, they have scored an incredible 54 No.1 hits and 35 No.1 albums.

On Friday 9th June, for one-night-only, the groups Wonderland show will be broadcast LIVE to 500 cinemas across the UK and Ireland, and selected territories.

“We’re really looking forward to returning to cinemas with the live broadcast of our Wonderland show at London’s O2 in June. The last time we did this in 2015, the atmosphere was amazing. The chance to have so many extra people joining us from cinemas around the UK and in Europe for one night only will be really exciting.”