Since their 80’s heyday, UB40 have performed on stages up and down the UK millions of times and it seems that they have certainly perfected their set as we see them at Manchester’s O2 Apollo. Waiting for the band to come on, crowds flooded the venue, with a variety of ages eagerly waiting for the support act to enter the stage.

Unless you were in the know, Maxi Jazz & The E-Type Boys sounds like your general support act who liven up the crowd before the main event, but to the surprise of many it was the familiar face of the front man from British Electronica band Faithless! “Oh look who it is! I recognise that guy!” was the general shriek from around the room. We must admit, we were eagerly anticipating a special rendition of Insomnia to come blasting out the speakers, although we think Maxi is trying to get away from that scene right now… 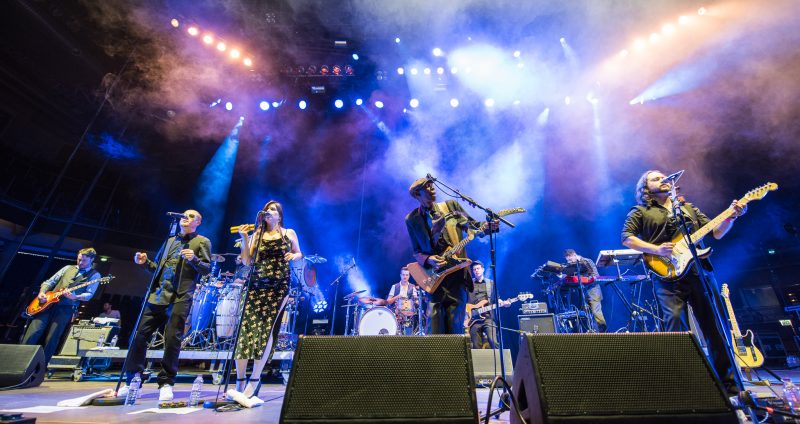 Maxi Jazz and The E-Type Boys

As Maxi Jazz & The E-Type Boys finished up, they had the crowd in the palm of their hands, dancing, singing and ready for the UB40 boys to come on stage. Fashionably late, UB40 entered the stage, consisting of the original band, with the five founding members Robin Campbell, Brian Travers, Jimmy Brown, Earl Falconer and Norman Hassan, as well as the other brother Duncan Campbell, Martin Meredith, Lawrence Parry and Tony Mullings. 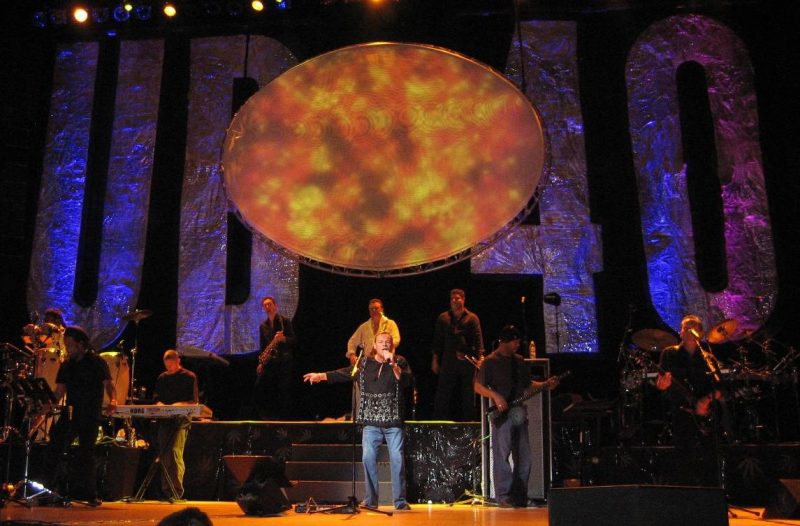 Next, appearing from behind a silhouetted black curtain, Brian Travers began belting out ‘Food For Thought’ on his saxophone and immediately the crowd switched from their comfortable, swaying positions to dancing about all over the venue. With singer Duncan Campbell, who joined the band in 2008 after his brother Ali’s departure, now performing the songs like a pro the band performed an incredible show with smash hits and some new material ahead of the release of their new album.

With the entirety of the place singing and bopping along to the music, it was clear to see why UB40 remain one of the most commercially successful reggae acts of all time and long running bands, due to over three decades under their belts. But during the 90 minutes the band were on stage it was the hits Cherry Oh Baby, Bring Me Your Cup and the final song before the encore, Red Red Wine that got the crowd singing their hearts out.

It’s a shame to think that this band used to consist of three extra members, after Ali Campbell left the band with Astro and Mickey. Although one thing is for sure, we would definitely go and see either part of UB40, because their music and atmosphere will always be something worth queing up for- ‘we can’t help falling in love’!

To get tickets to their remaining gigs click here