Wonderland Inspires With An Opening Night At The Palace Theatre 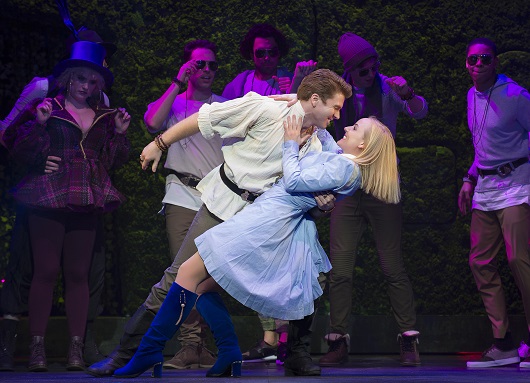 We’re all familiar with Lewis Carroll’s classic tale of Alice in Wonderland which tells the story of a girl who falls down a rabbit hole, entering a fantasy world filled with peculiar, larger than life creatures. Last night at The Palace Theatre (April 24) this magical adventure was brought to life with a musical adaptation featuring an outstanding cast, captivating voices and a modern day take to bring out the Alice in all of us.

Wonderland transforms the traditional fairy tale to a contemporary rendition as Alice takes on the role as a single mother who has lost her way and finds herself in the world of Wonderland to discover who she really is. With strong themes of parenting and relationships, this story touches on the struggles and obstacles of modern day life.

Yet Wonderland wouldn’t be the mesmerising stage show that it is without a touch of magic. As Alice enters the weird and wonderful world, she encounters the extraordinary presence of the White Rabbit, Mad Hatter, Cheshire Cat, the Queen of Hearts and the infamous Looking Glass.

The talented cast includes a diverse number of actors and actresses who each play their eccentric characters extremely convincingly. Kerry Ellis (Alice) excels in her Motherly role as a bewildered woman, too hung up on her ex-husband to realise what’s right in front of her eyes. Her relationship with co-stars Naomi Morris (Ellie, Daughter) and Stephen Webb (Jack) was particularly pleasing with heart-warming scenes exploring love and empathy. 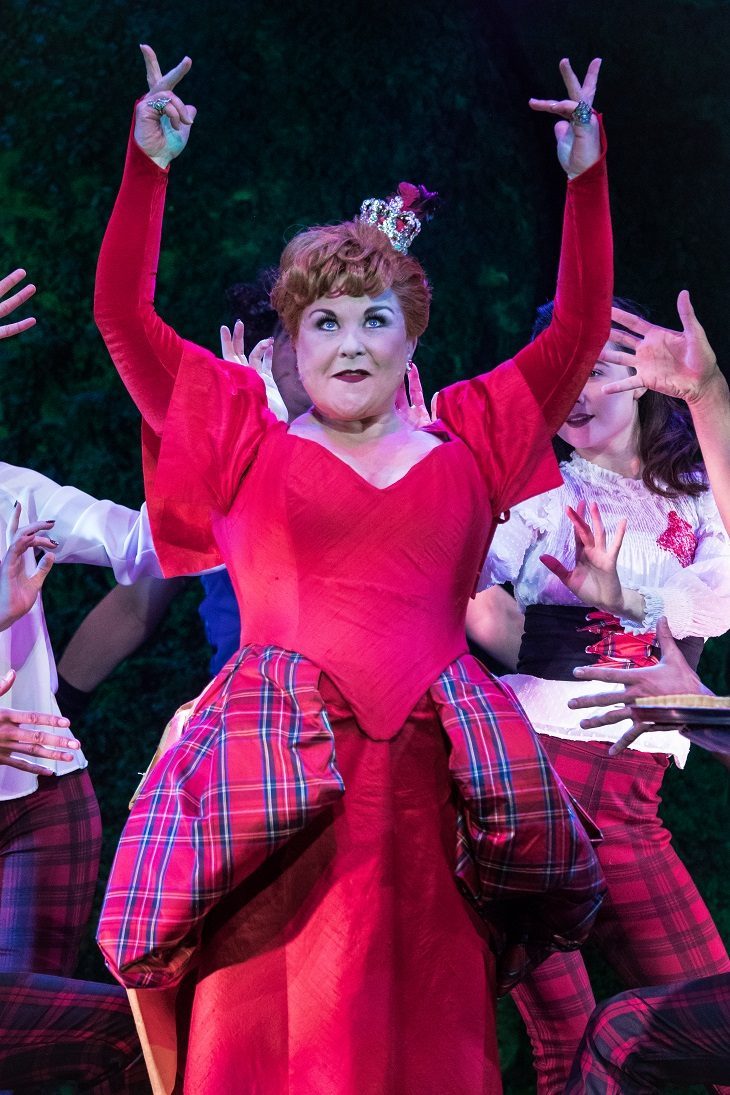 Of course, Corrie’s fabulous Wendi Peters (Queen of Hearts) received a great reception as she pranced around Wonderland munching on multiple jam tarts and projecting her sensational solos of “Hail the Queen” and “Off With Their Heads”.

It’s almost impossible not to love the White Rabbit played by West End Star Dave Willetts. Both humorous and adorable, he particularly shone in his enchanting duet with Kerry Ellis, showing off his outstanding musical tone.

On the opposite end of the scale, Natalie McQueen (Mad Hatter) brought fire and energy to the stage as her experience with the Looking Glass transforms her into a strong, sassy Hatter – who is even crazier than before. 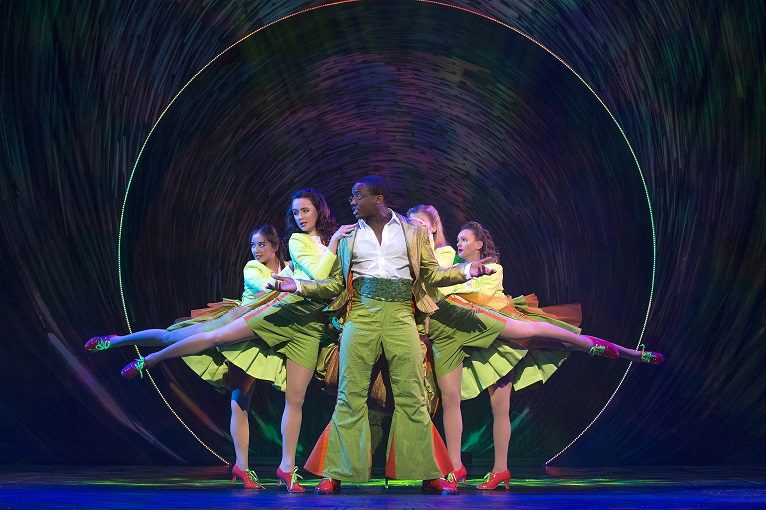 Credit is due to the aesthetically pleasing stage production with a realistic rabbit hole backdrop and lots of colorful costumes. Kayi Ushe brings a touch of the 70’s to Wonderland as the funky Caterpillar who gives Alice some rather comical advice. Accompanied by his four fabulous female legs, Kayi entertains throughout with his old school flares.

As the audience ranges from aged 8-80, this adaptation inspires all through its variety of uplifting songs such as “Wonderland”, “Tea Party” and “Together” which feature harmonious vocals from the entire company. The array of talent across the cast is showcased through the mix of musical theatre, modern, hip-hop and tap dancing with slick movements in all genres.

Despite it’s humorous, witty lines; there are a lot of underlying messages and a final love story which draws a new family together.