REVIEWED: Book of Mormon at the Palace Theatre

The hotly anticipated Book of Mormon has landed in Manchester. Arguably one of the most sought after musicals around, tickets were like gold dust for their stint at the Palace Theatre.

Musical fanatics who hadn’t managed to get their hands on a ticket were even entering their names into a lottery-style ballot in hopes of securing one and catching the once-in-a-lifetime performance.

Cleverly crafted by the writers of American adult cartoon, South Park, Matt Stone and Tre Parker along with Robert Lopez, first premiered the musical in 2011 on Broadway; writing all the songs and scripts by themselves. The outrageous comedy follows the story of two missionaries of the Mormon faith who are stationed in Uganda in order to recruit some of the African locals to the faith. Scooping up copious amounts of awards worldwide, it has grossed over $500m dollars, making it one of the most successful musicals of all time.

We’re all no strangers to different faiths knocking on our doors, and the book of Mormon opens with just this satire for the first scene. With a few giggles errupting from the sold-out audience within the first thirty seconds, this soon turned into rupturous laughter which would continue throughout the remainder of the performance.

It’s not long before we’re introduced to the main characters, model missionary, Elder Price (played by Kevin Clay) and outcast missionary, Elder Cunningham (played by Conner Peirson). Delving into their personality traits from the onset, it’s comedic how delicate and perfect Price is as he describes how he wishes to be stationed in Orlando, in contrast to the geeky traits of Cunningham, who seems to be a happy go lucky soul wherever he goes, and quite frankly, idolises Price. 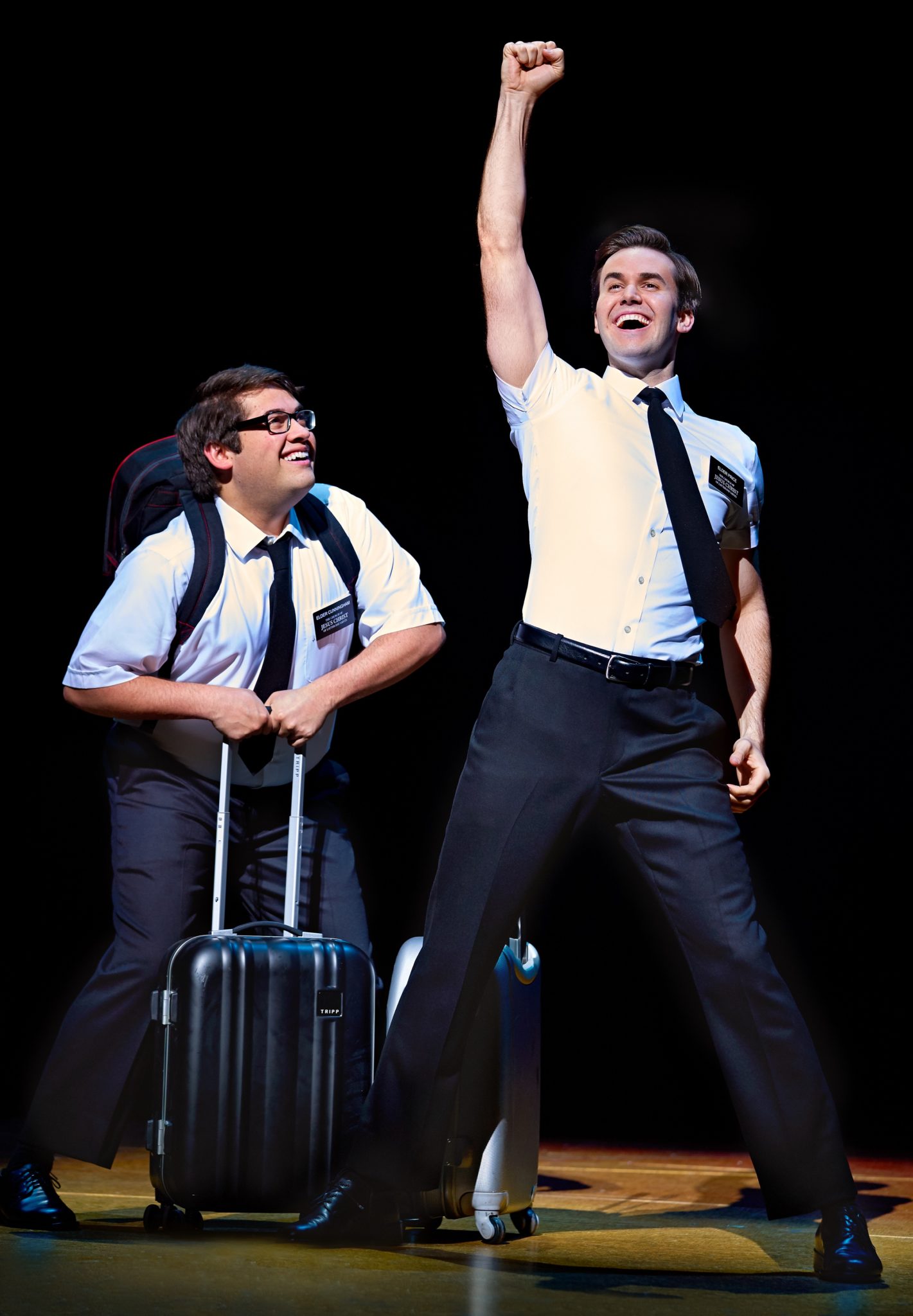 Upon arriving in Uganda, the two are faced with an impoverished village who see no hope for their futures. After Prices failed attempts to woo the villagers into joining the religion, he plays to his spoilt stuck up character and demands a transfer. Meanwhile, Cunningham, who has slight traits of a pathological liar, begins to spin a web of utterly ridiculous lies about the Mormons in order to boost their morale and stop them from performing crude acts. The writers really do not hold back with their crude and almost dark comedy, but it’s this ballsy comedy that holds the musical together and what gives it it’s success and character. 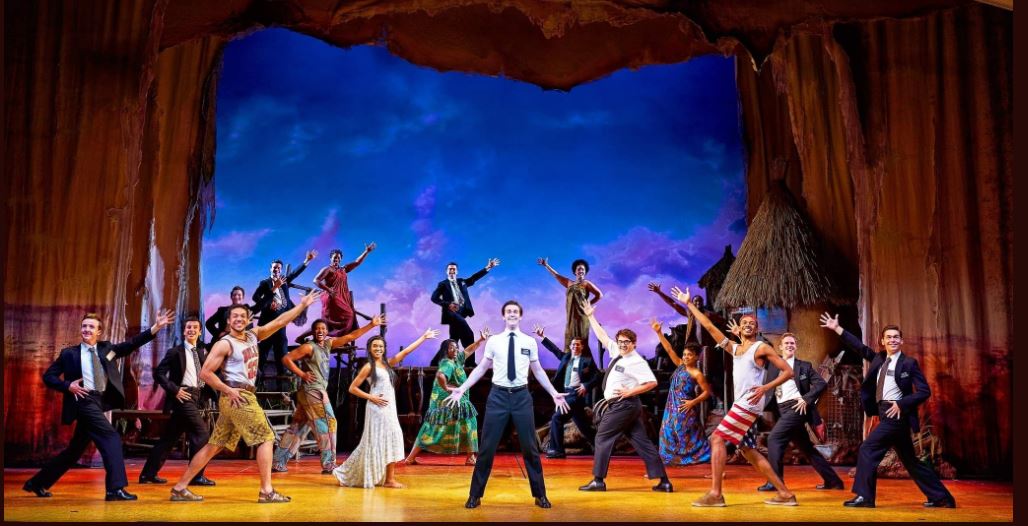 One of the standout scenes had to be when Elder Cunningham baptised a young Ugandan villager, Nabalungi (played by Nicole-Lily Baisden). The scene was cleverly written; hinting at sexual connotations between the pair and suggesting that it was their first time doing something else.

The number ‘Turn It Off’ also was sexually comedic, indirectly making a mockery of how conservative the Mormon church are in accepting gay relationships, suggesting the feelings should be ‘turned off’, despite the preacher of the track, Elder McKinley (played by Will Hawksworth) having ‘stereotypical’ traits of a gay man.

While the songwriting and scripts are expertly delivered, the sets and costumes were just as  fantastic. Elder Price’s nightmare dream was a standout scene for the costume department, with ‘Satan’ dressed in deathly get up equipped with a rock guitar for a solo. The costume also played significance within the comedy too, with Elder McKinley visiting his nightmare donned in the most camp, glittery, glitzy and seductive devil leotard.

After the villages are successfully indoctrinated into the Mormon faith, the elders are so impressed that they visit their trainees in Uganda and a hilarious scene unfolds. Filled with crude comments and black comedy references, the humour would not be able to leave the theatre due to its extremities. However, Matt Stone and Trey Parker are experts in this area of hilarity.

The Book of Mormon is a laugh out loud musical with humour at every corner. The songs are infectious and the cast played the roles perfectly. Its a must see musical, just don’t go if you’re easily offended or ….. A Mormon. 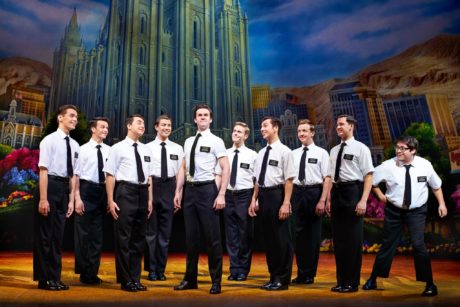