After a sold-out run on the West End earlier this year, the National Theatre’s long-awaited Home, I’m Darling has finally come to The Lowry Theatre in Salford.

Written by Laura Wade, it follows the tale of Judy (Katherine Parkinson- The IT Crowd, Cock and The Seagull) and Johnny (Jo Stone-Fewings- Victoria, King John), a couple who is trying to live in the ’50s whilst existing in 2019. Try to keep us the ruse ends in hilarious chaos when an interfering mother, modern boss, unattainable promotion and feelings come into the mix. 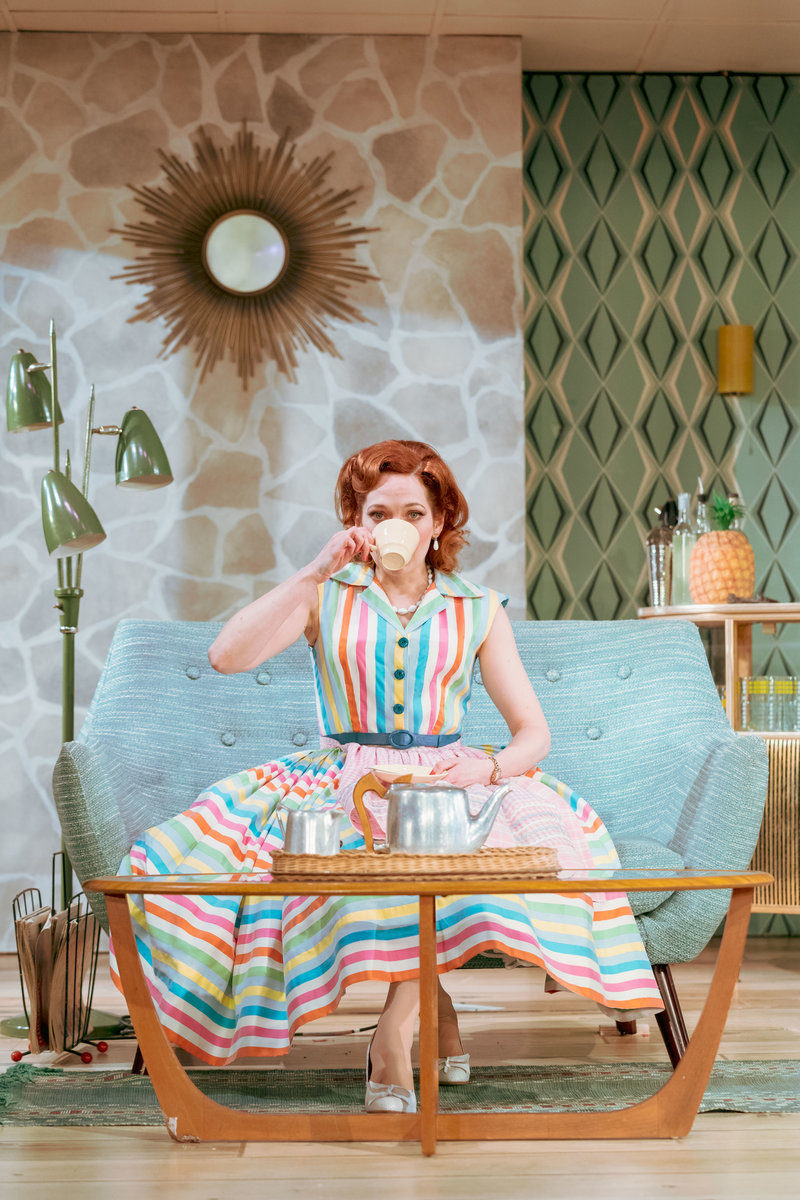 Katherine Parkinson reprises her role as the prim and perfect housewife who tries to keep the unravelling fantasy a reality. Her comedic timing is impeccable and she will have you in stitches with her quick remarks and unstoppable smothering.

Her feisty feminist mother Slyvia (Susan Brown- Belle, Angels in America), may have a monologue that is longer than many but will have you laughing as she unveils some hard truths. Although radical in many of her opinions and actions, she tries her best to give Judy the options she and her own mother never had.

The play is set all in the confines of Judy and Johnny’s 5o-fied home. The set was undoubtedly the highlight of the whole night. Not only did it completely transport you back to the 1950s with its ghastly wallpaper and broken vintage refrigerator, but it gave the show a truly intimate feel. You saw the characters in their safe space and it allowed them to divulge their biggest fears, wants and desires which made the show even more endearing.

The soundtrack to the show, various hits from the ’50s, also add authenticity to the show and will have you boogying away in your seat. 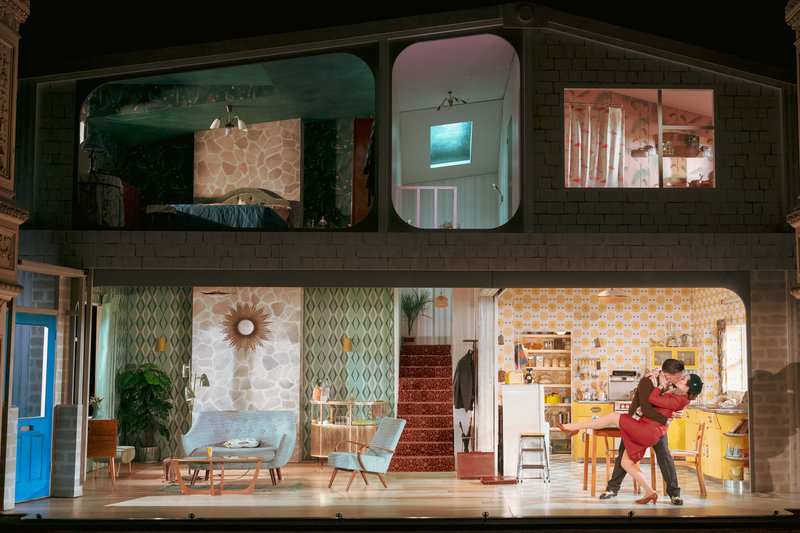 The best scene in the show (be careful minor spoiler ahead!) is the flashback to when the couple decides to live like they are in the ’50s. The scene itself is lovely, you get to see a side of both characters that you don’t in the rest of the play, but the scene change was wonderfully hilarious and very clever.

Home, I’m Darling is as topsy turvy as the title suggests. It is not to all tastes, as is with comedy, and it does adhere slightly more to the political side of things. Never the less it was admirable and amusing too say the least.

To find out more about Home, I’m Darling click here.