REVIEWED: How The Grinch Stole Christmas

Christmas classic How The Grinch Stole Christmas has finally graced The Lowry’s stage and it didn’t disappoint.

The show was hilarious and full of feel-good music that many will recognise from the Jim Carry film of the same name. The orchestra, which was onstage but cleverly hidden from view, was beautiful. They played the classic songs perfectly and really brought the music to life. 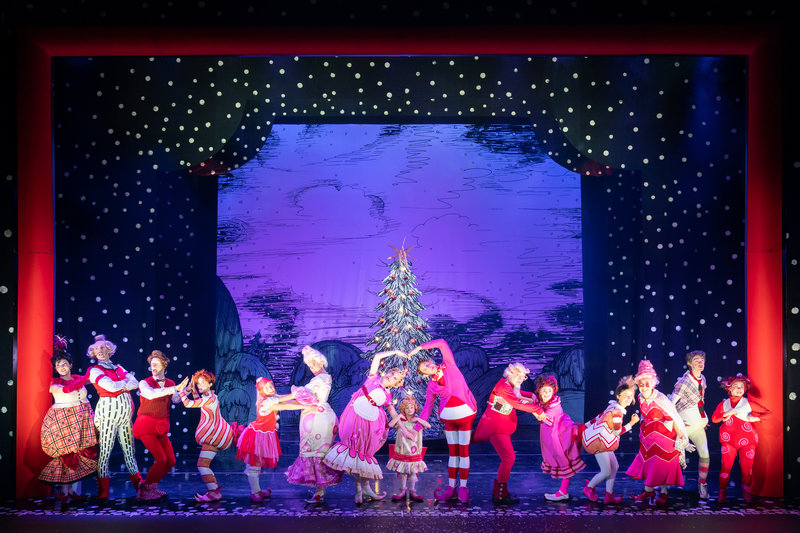 2019 Cast of Dr Seuss’ How The Grinch Stole Christmas! The Musical
Credit: The Lowry

The Grinch was also just as you remember him. Edward Baker-Duly (The King and I, Emmerdale) played the mischevious character to the letter. Even though he clearly took a lot of inspiration from Carrey’s version, he still had his own flair, including interactions with the audience and throwing in a Brexit joke here and there. He was brilliant from the moment he stepped on stage.

Another true highlight was little Cindy Lou. Isla Gie, one of the girls who play Cindy-Lou, was an amazing little actor. She never missed a beat, note or line and considering her age and the difficulty of the show she did incredibly well. Certainly a little star in the making. 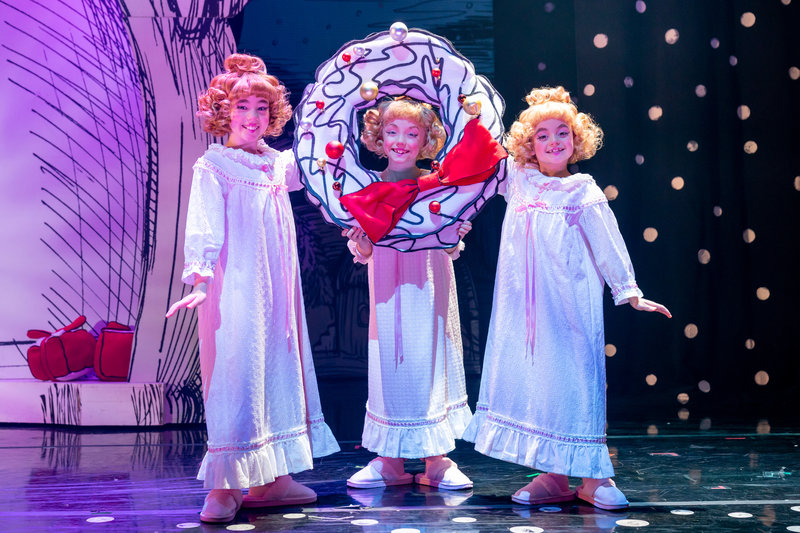 The writing for the show was marvellous too and kept up with Dr Seuss’ traditional rhyming style.

On top of that, the sets were unbelievable. The audience was transported from Whoville to the Grinch’s cave on Mount Crumpit. The set design team have outdone themselves and it’s clear a lot of effort went into the production of this show. 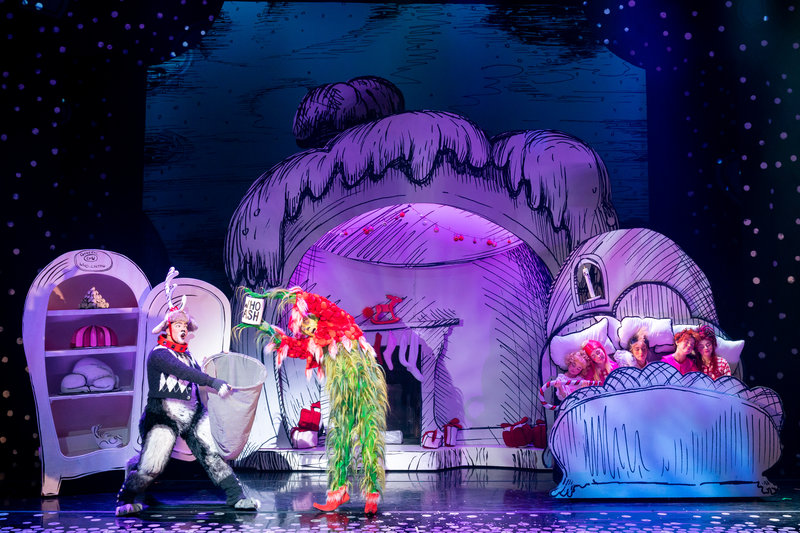 Although it is perfect for little ones and older ones, be careful if your children still believe in Christmas. It does show a little bit too much of the buying experience – very relatable for adults but may slightly spoil the magic for the little ones!

If you’re looking for a Christmas show that the whole family will enjoy then How The Grinch Stole Christmas is perfect. It oozes festivities, fun and friendship and will make you hold your family that little bit closer this Christmas. 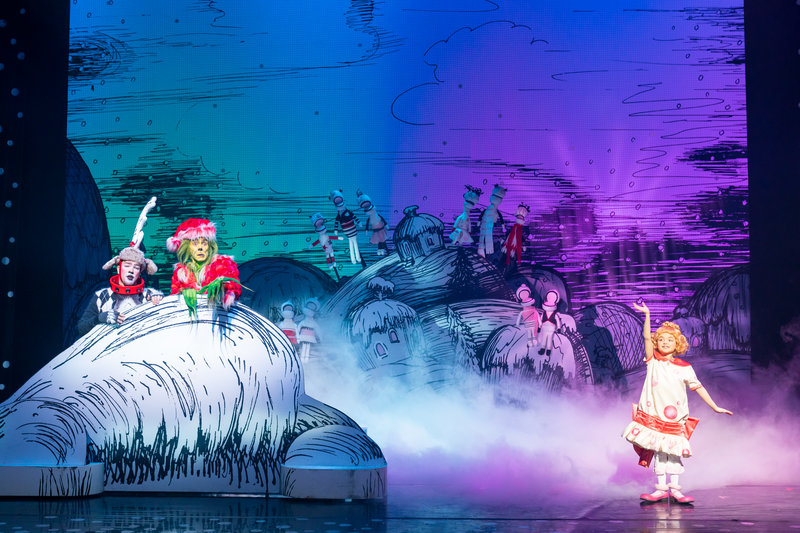