Matthew Bourne’s swans landed at the Lowry yesterday, and they mean business. More than two decades after the original premiere, the now-legendary adaptation of Swan Lake and its flock of male swans is an explosion of power, fun, tragedy and love like no other.

With his unique story-telling style, Bourne has the ability to trigger our emotions with exponential effect. His Swan Lake is full of comedy, and from the supporting roles to all the easily-missed-yet-hilarious details and connoisseur references to the original, the ballet is packed with humour. The night-club scene in the first act (at the Swank Bar – you couldn’t make it up), where the dancers move to the beats of Tchaikovsky’s polonaise as if it was disco music, is a must. And the dancers play a great part in this – Carrie Willis, as the Prince’s mini-skirted socialite girlfriend, is to die for. 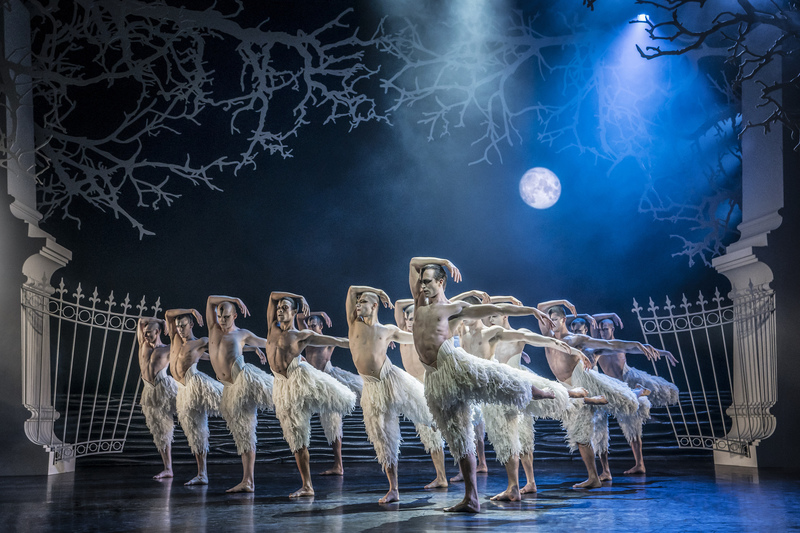 But there is a dark side beyond all the fun and it feels even starker in contrast. The socially awkward Prince (a very touching Dominic North) is a lonely young man who is rejected by his mother and cannot fit in. His encounter with the fascinating Swan (magnificent Will Bozier) is a revelation. As the bird, suspicious at first, becomes tamed and caring, hostility gives way to tenderness and love. And late in the ballet, the image of the Swan who protects the Prince like a mother swan would shelter her cygnets is heartbreaking.

The dancers are stunning, especially the men, who are interpreting the swans with the physicality of dangerous, wild animals. Particularly in the very demanding second act, they dance relentlessly with a feral collective strength. The choreography focusses on the back and arms, creating powerful wings and the signature neck line of the Swans, giving a distinctive, un-human character to the dancers. 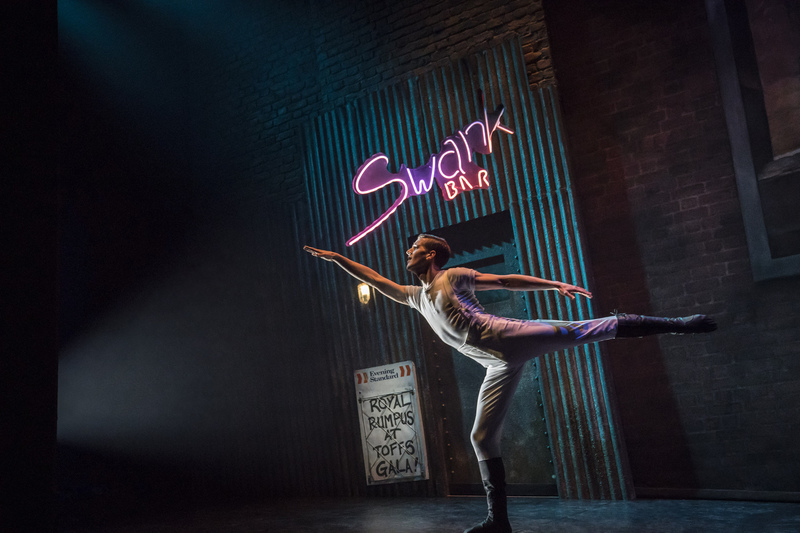 The revamped production, with new set and costumes by original designer Lez Brotherston, is grandiose, a perfect match to Tchaikovsky’s legendary, ever-famous music. The only downside of the evening is the use of recorded music instead of a live orchestra. The score is a timeless masterpiece, and it feels like sacrilege that such a successful show does not use live musicians to carry the epic tunes. The next creation of New Adventures, Romeo and Juliet, to open in spring, will thankfully be using a live band.

Altogether, this Swan Lake is a masterpiece of mise en scene and creativity, and still feels freshly innovative over 23 years after it premiered. Unmissable.

Swan Lake is at the Lowry until December 1. More information and tickets can be found here.