The long-awaited for sequel to the classic Christmas Carol has finally arrived at Hope Mill Theatre.

The Astonishing Times of Timothy Cratchit is a lovely and heartwarming way to kick start the festive holidays.

Set during the time of the great exhibition, Tiny Tim is all grown up and ready to tackle the big world. Fun, romance and the great Grimaldi all await but Timothy must also battle with the guilt of leaving Scrooge, who has become his beloved father figure. 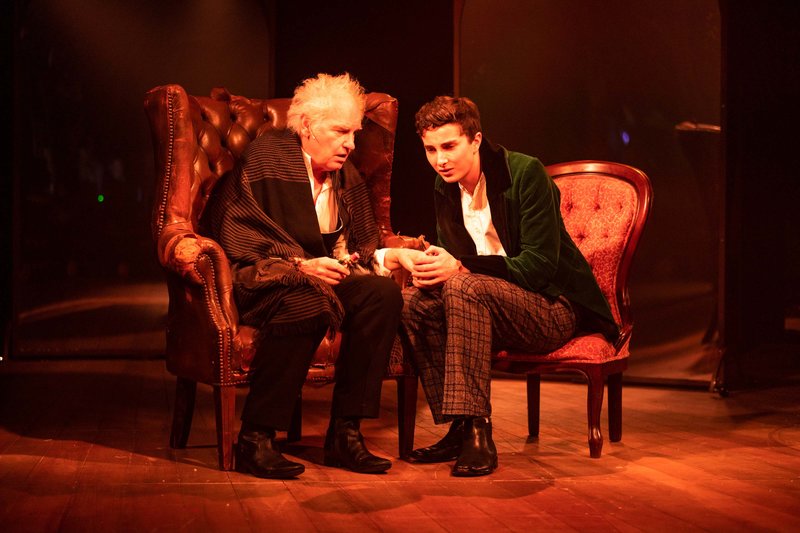 The relationship between the two is affectionately played out by Ryan Kopel (West Side Story, Parade), who plays Timothy, and Paul Greenwood (Chitty Chitty Bang Bang, A Christmas Carol)  as Scrooge.

Paul Greenwood is a fantastic Scrooge showing both his hard exterior and softer side when it comes to Timothy. The last scene between him and Ryan is beautifully played and will stay with audiences forever.

Ryan Kopel, although not as strong as Paul, captured Timothy’s childlike wonder and innocence. His growth throughout the show showed the potential of this young actor. 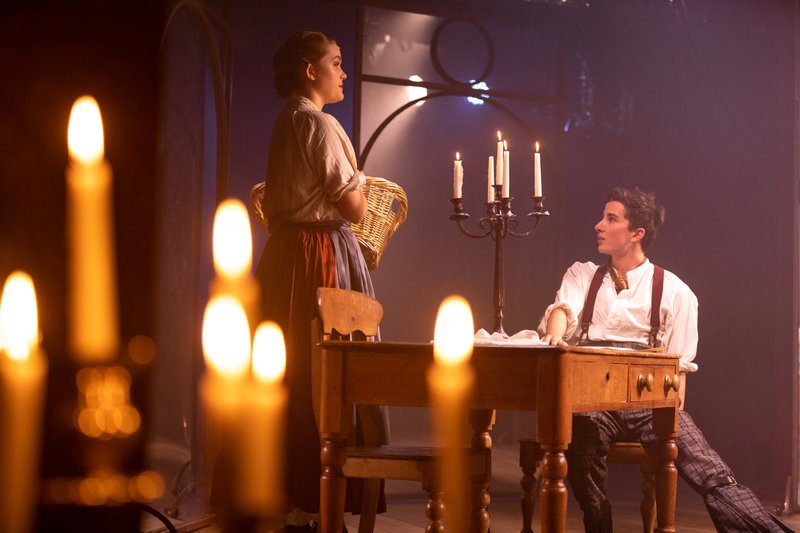 Another highlight within the cast was Dimitri Gripari who played many different characters. He was hilarious as Giorgio and chilling as Jacob Marley. When he was on the stage he brought drama and depth to the scene.

Helen Pearson (Hollyoaks, Roman Holiday) was a gem too. She wasn’t on stage often but both her characters were enjoyable and captivating.

The set was cleverly used but did cause a distraction for the audience. Mirrors made the backdrop for the whole show which elevated the ominous parts but did often refect audience members and warped the cast which was distracting.

However, Timothy’s world is beautiful, wonder-filled and full of Christmas spirit. Ages young and old will relish in the fun, laughter and love that oozes off the stage.