Not so long ago Saadiyat Island in the Middle East was an harsh, desert environment.

Today it is a tourism-cultural capital for nature and Emirati heritage consisting of a large low-lying island 500 metres off the coast of Abu Dhabi. It has since gained global recognition as a leading travel destination.

With its pristine coastline, Saadiyat has a reputation as one of the most desirable beach locations in the world. It really is a thing of beauty.

And although there might now be museums, golf courses and five-star hotels with luxury experiences, the UAE has done well to protect one of its largest and most beautiful natural islands while the vibrant modern city rapidly grows around it.

The island has been mapped out according to an environmentally sensitive philosophy. This not only meant enforcing a low-density master plan, but preserving indigenous wildlife, primarily the endangered Hawksbill Turtles that nest on the stunning, sweeping, white sandy beaches. They are the island’s original ‘guests’ that are now well protected. And it also has a reputation for the occasional dolphin sighting too. 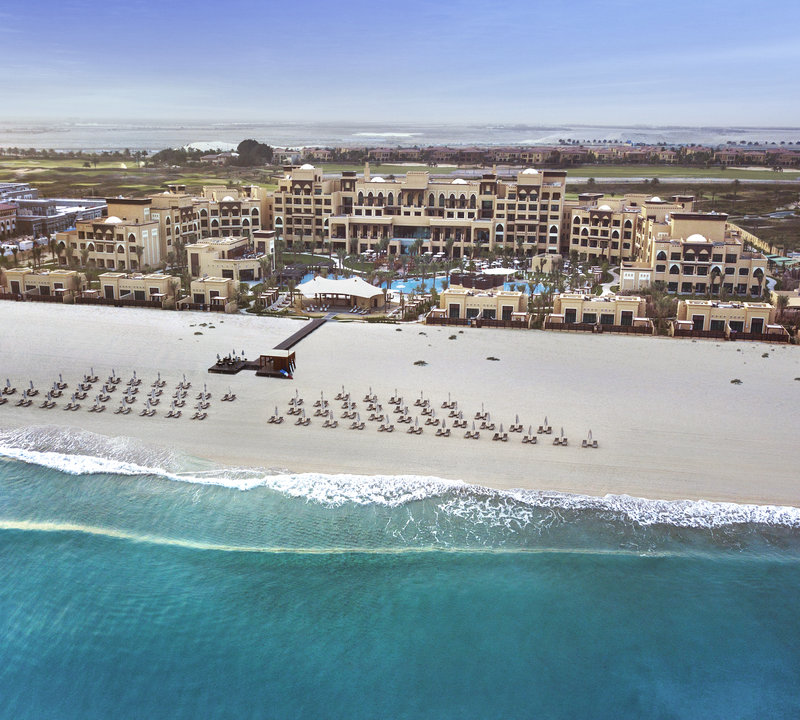 It’s not just the environment that’s been considered here, however, as Abu Dhabi is a place also known for its warm hospitality, the culture and customs that are still treasured. This is something that Saadiyat Rotana Resort & Villas holds at is core at its new stunning five-star beachside property where you can enjoy all these wonders within and around it.

The resort certainly made a statement when it opened its doors last year with its sense of individuality and exclusivity. Running at a minimum 90% occupancy all year round, it’s clearly a hit with International travellers.

Set on a spectacular nine-kilometre stretch of what can only be described and picturesque beach with breath-taking views, it features 327 rooms and suites and 13 beach villas with private plunge pools. The entire hotel is incredibly aesthetic and quite simply stunning!

It’s just a 20-minute journey from the airport, 15-minute drive to city centre and about 2 miles from the Louvre Abu Dhabi museum.

We were warmly welcomed into what can only be described as a property that is palatial. 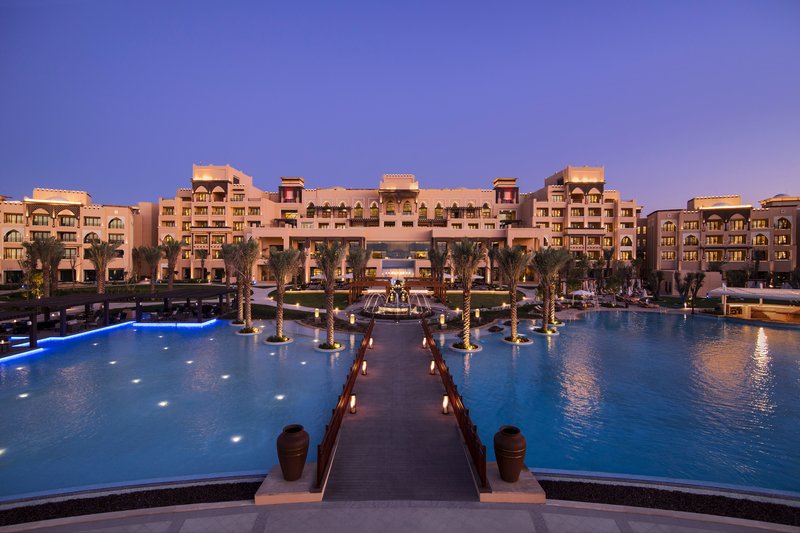 Inspired by culture, the geography and the innovation of Abu Dhabi, the resort brings together shapes and colours of the desert landscape, the elegant precision of Islamic design motifs and geometric patterns inherent in the Arabic architecture.

Guests are presented at the entrance of the hotel with sand from all seven Emirates, inlaid within glass panels in the floor.

As we navigated our way through the long sweeping corridors and under huge archways, we couldn’t help but notice its sheer opulence that makes it by far the most impressive Rotana that we’ve stayed at.

Beach-side and sea view rooms look out over the central pool area and a private beach club overlooking the Arabian Gulf.

The grounds are flanked by manicured lawns and trees while there’s a lovely nod to those Hawksbill Turtles in the form of grand water fountains and statues.

The rooms are equally as impressive inside. We stayed in an Executive one-bedroom suite with a sea view, which has a separate living area and two terraces – one off the bedroom, the other off the living room. 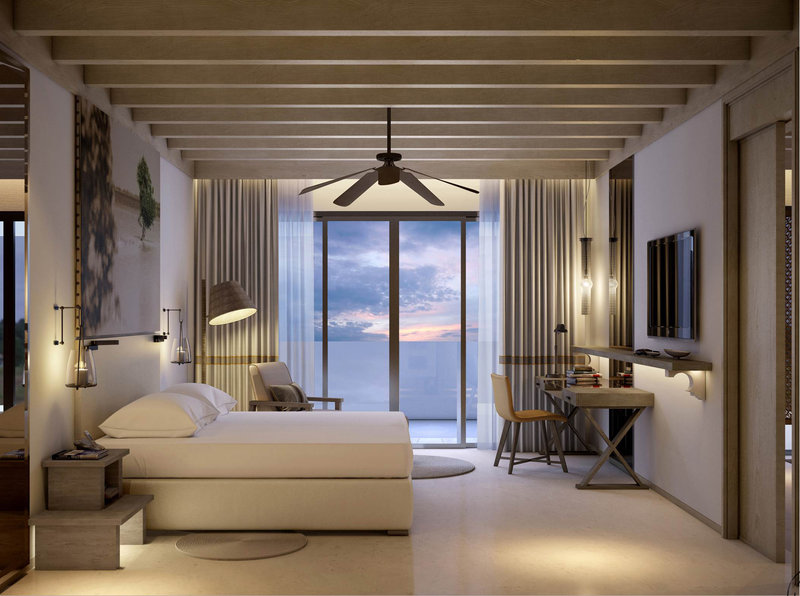 The space is functional in the rooms that are luxuriously comfortable and has a beach-inspired feel, thanks to its neutral, woody and earth colour scheme and artwork selection. Other room categories are similar in style but differ by floor space and views. The villas have a private pool and direct beach access.

It boasts a strong food and beverage concept too. There’s plenty of dining options to choose from including Saadiyat Island’s first gastropub (Hamilton’s) and Italian restaurant (Si). The Ragu is just as good as what you would get in Italy and the pizzas are perfectly cooked within its show kitchen and central wood fired pizza oven.

There’s a more sophisticated dining option at Turtle Bay Bar & Grill, which is positioned by the pool. It’s perfect for alfresco dining while low lighting and super cool décor makes it an intimate setting for dinner in the evening.  In terms of food, there’s surf, turf and delicious grilled delicacies. We had snow crab, lobster, steak tartare and perfectly grilled steaks along with a bottle of 2012 Pinot Noir. It has an impressive list of wines from all over the world, making it one of the best restaurants on the island.

Sim – Sim is the all-day dining concept, where buffets are served for breakfast, lunch at dinner. Its famous Market Brunch club is available on Fridays and features loads of fresh seafood, a smoker and BBQ truck where an endless array of different foods from all over the world are available along with free-flowing champagne and plenty of live entertainment. 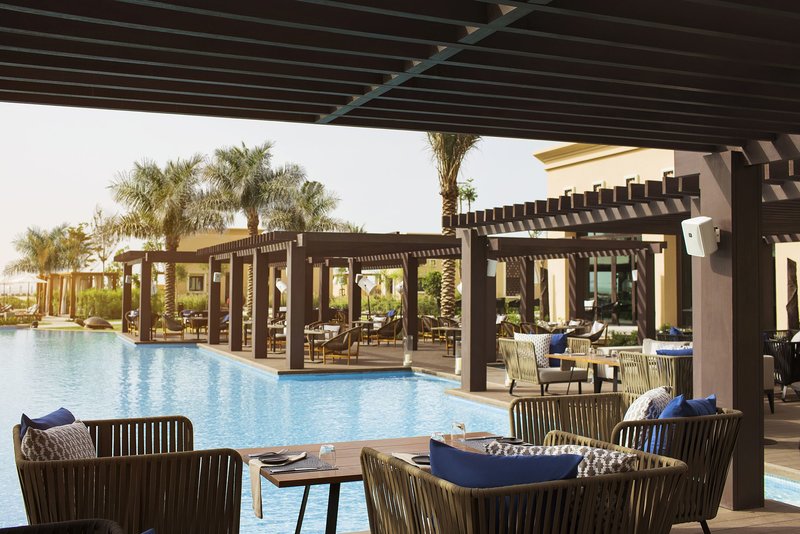 Nasma is a beachfront bar complete with swinging chairs and has a distinctly relaxed vibe. Everything here, from its design and the food adds to the incredibly insta-worthy photo options when you holiday here. It’s open all day for cocktails, bar snacks, sunset drinks – all of which are to-die-for. This is a popular spot at any time of the day given the beautiful setting right next to its beach club on the white sandy shore for guests to enjoy sunrises, sunsets or just to people watch from sun loungers and cabanas.

From huge international buffets to light bites and high-end à la carte cuisine, there’s something for everyone. There’s also a swim up bar for lazy ones that can’t bear the thought of leaving having to leave the pool to be fed and watered.

And if you want to work off all the food and drink then you can. When it comes down to hotel facilities; there’s plenty. The private beach is big enough to get lost on, perfect for all kinds of sports with the option to play volleyball and other outdoor games with the family.

There’s a state-of-the-art gym for those that have fitness regimes. The impressive fitness centre can accommodate around 50 guests with plenty of equipment to use. There’s also steam and sauna within its health club.

Little ones won’t feel left out while you’re soaking up all the sun and enjoying all the luxury. There’s an Aladdin’s Cave kids’ club, waterslides, mini golf and an plenty of pop up entertainment pods across the resort to keep kids entertained. 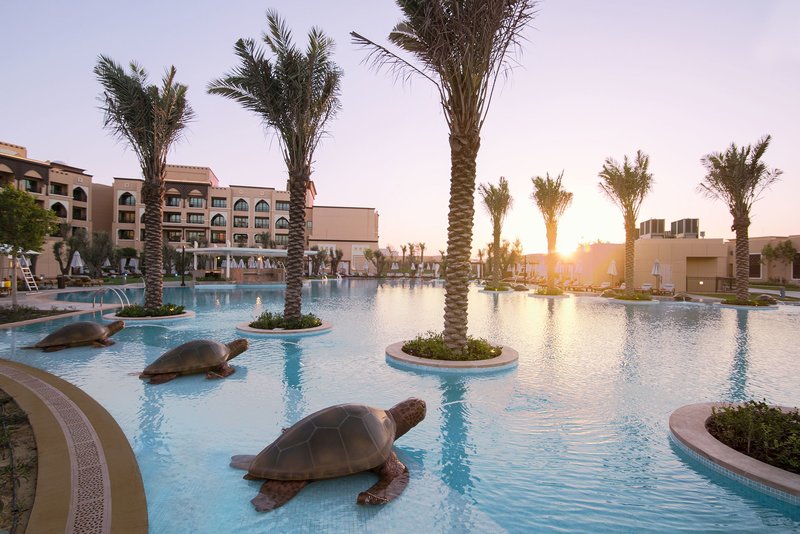 You can also relax at the Zen spa, which has its own private entrance and 10-eleganly designed treatment rooms with tailored made treatments for pure indulgence. Why would you ever want to leave?

This truly luxurious hotel is in a perfect setting with exquisite views. It’s the ideal place to experience wonderful Saadiyat or explore the rest of Abu Dhabi from.

Stay at the five-star Saadiyat Rotana Resort & Villas in Abu Dhabi from 1,193 AED (approx. £248) per night inclusive of breakfast based on two adults sharing a Classic Room. Visit www.rotana.com

How to get there

Fly to Abu Dhabi from Manchester with Etihad. The airline has a twice daily service with return fares from as little as £400 return. 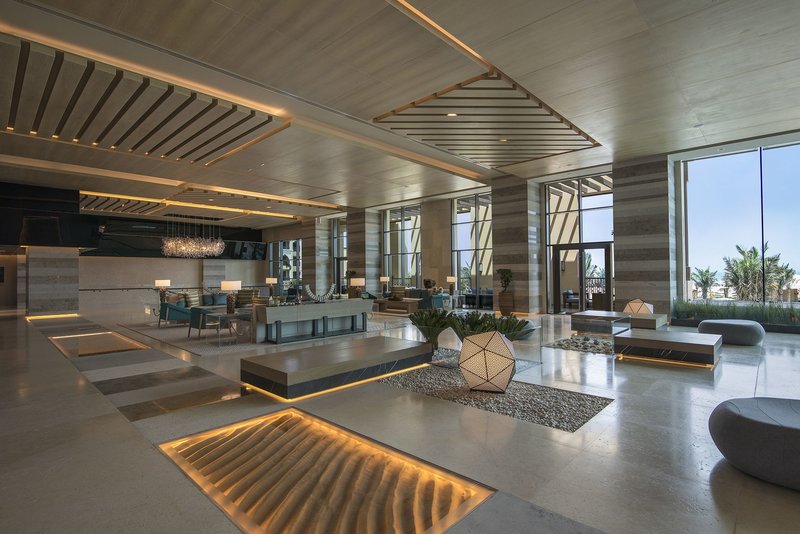 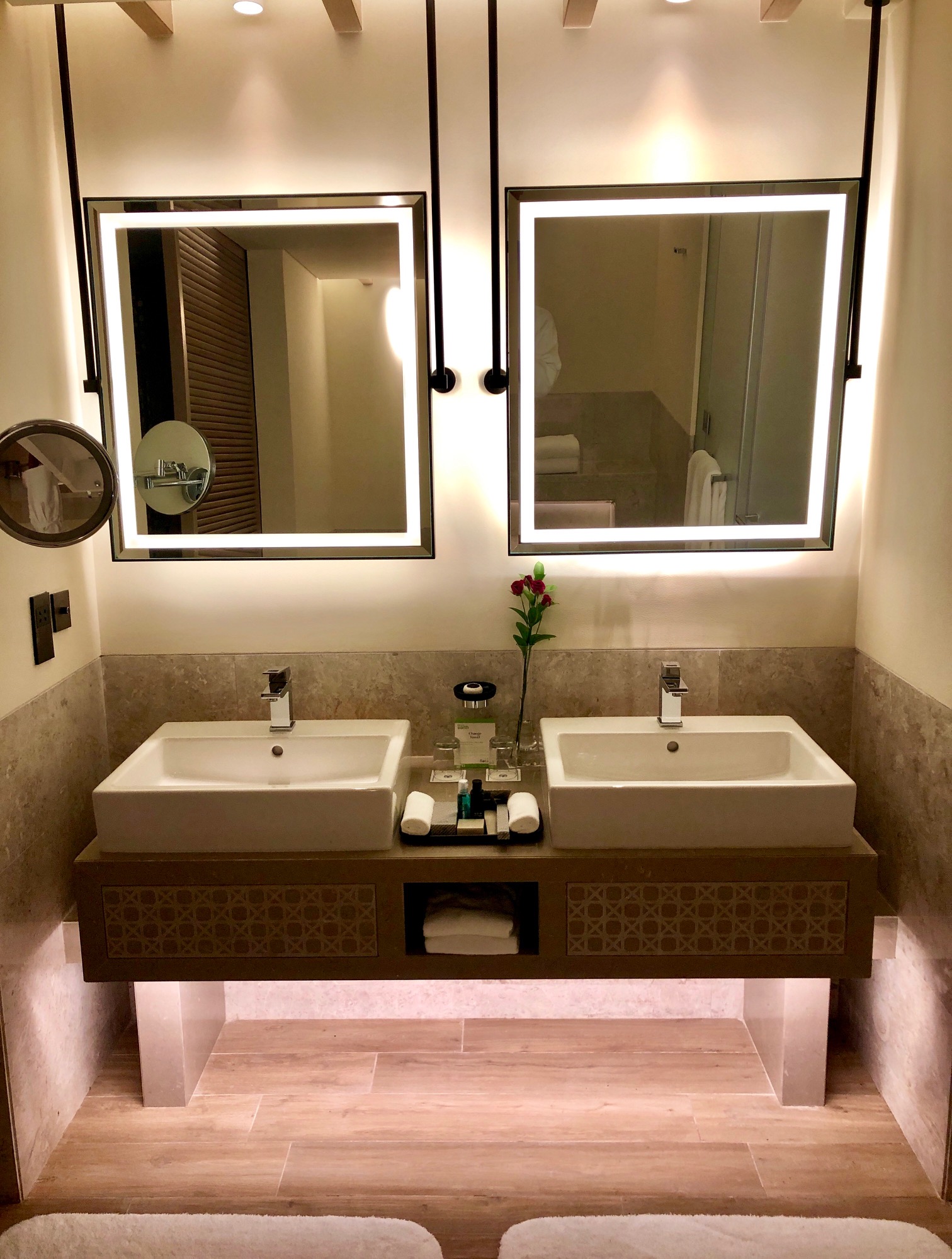 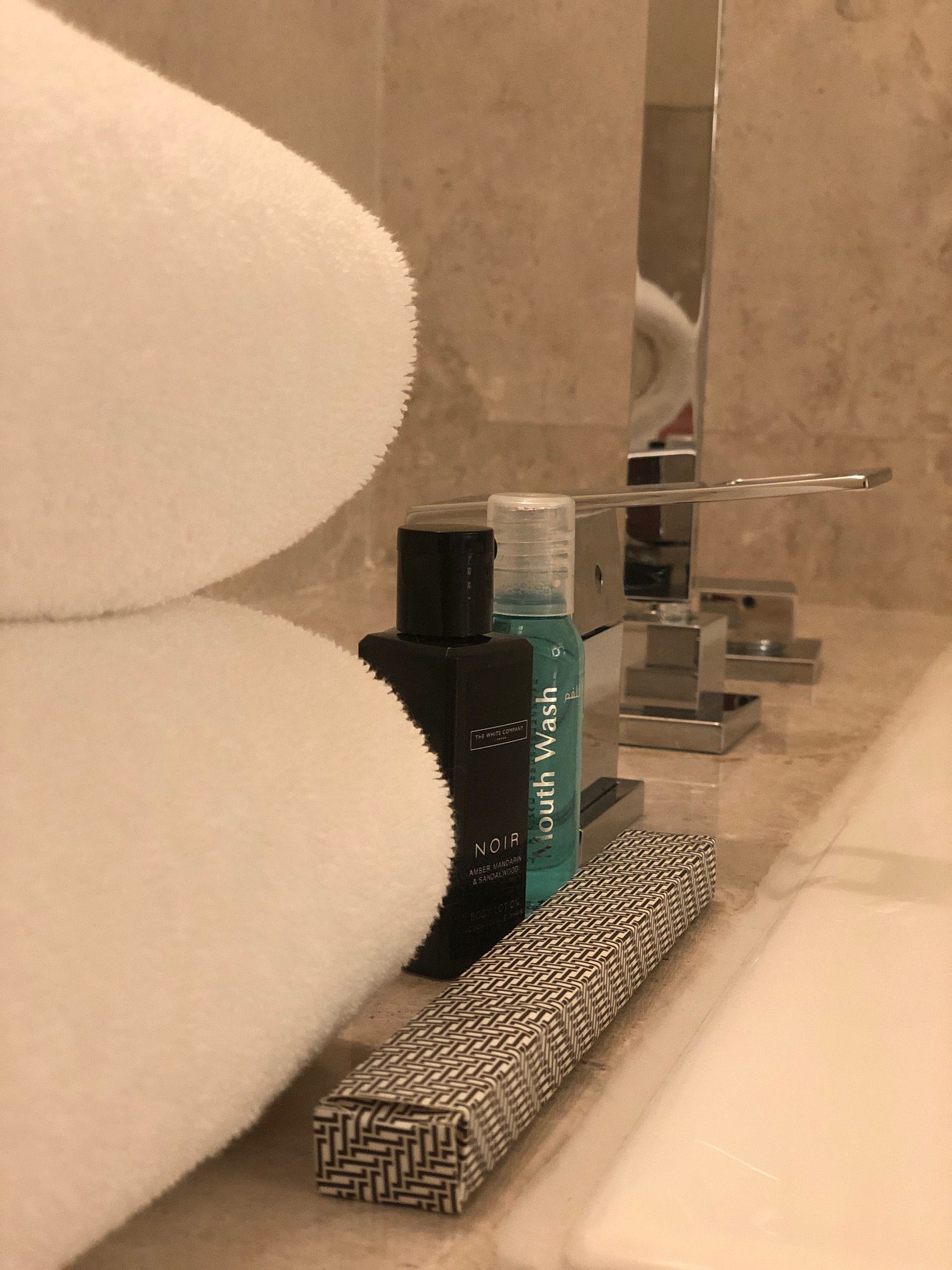 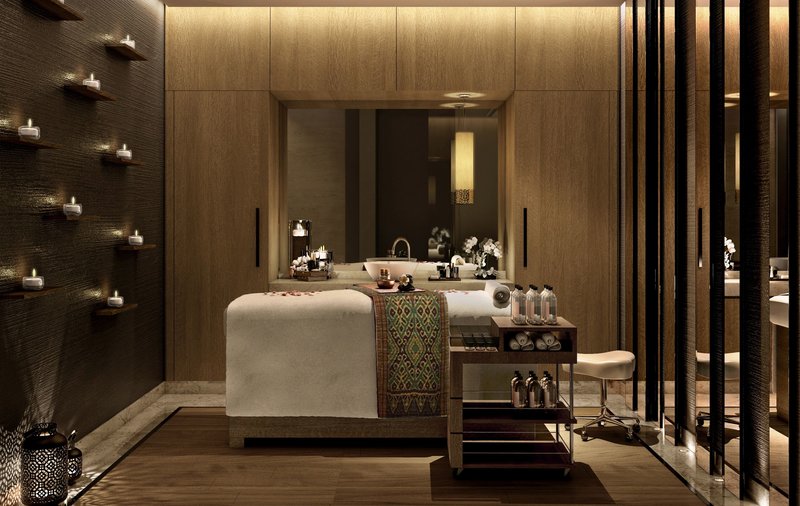 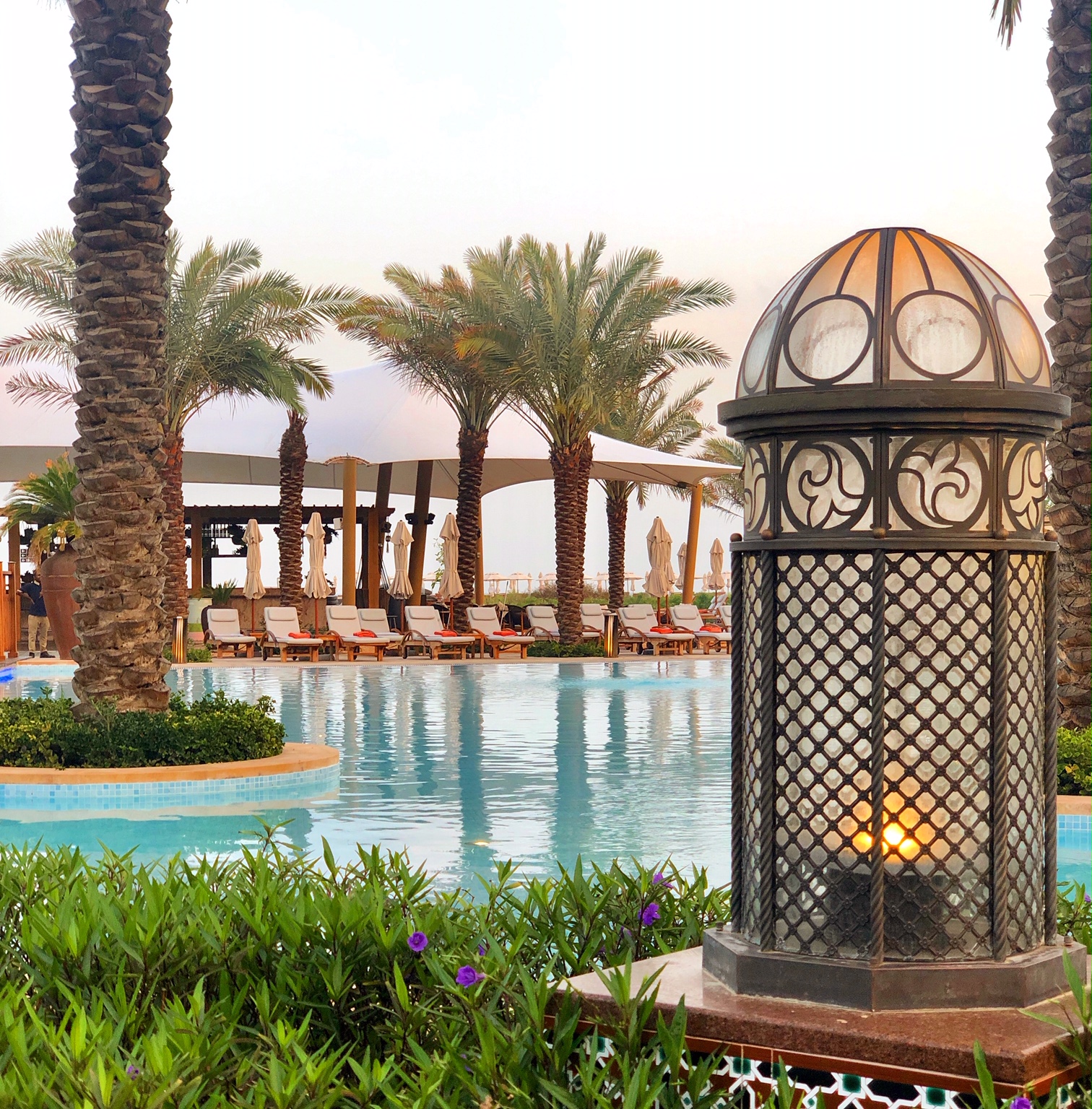 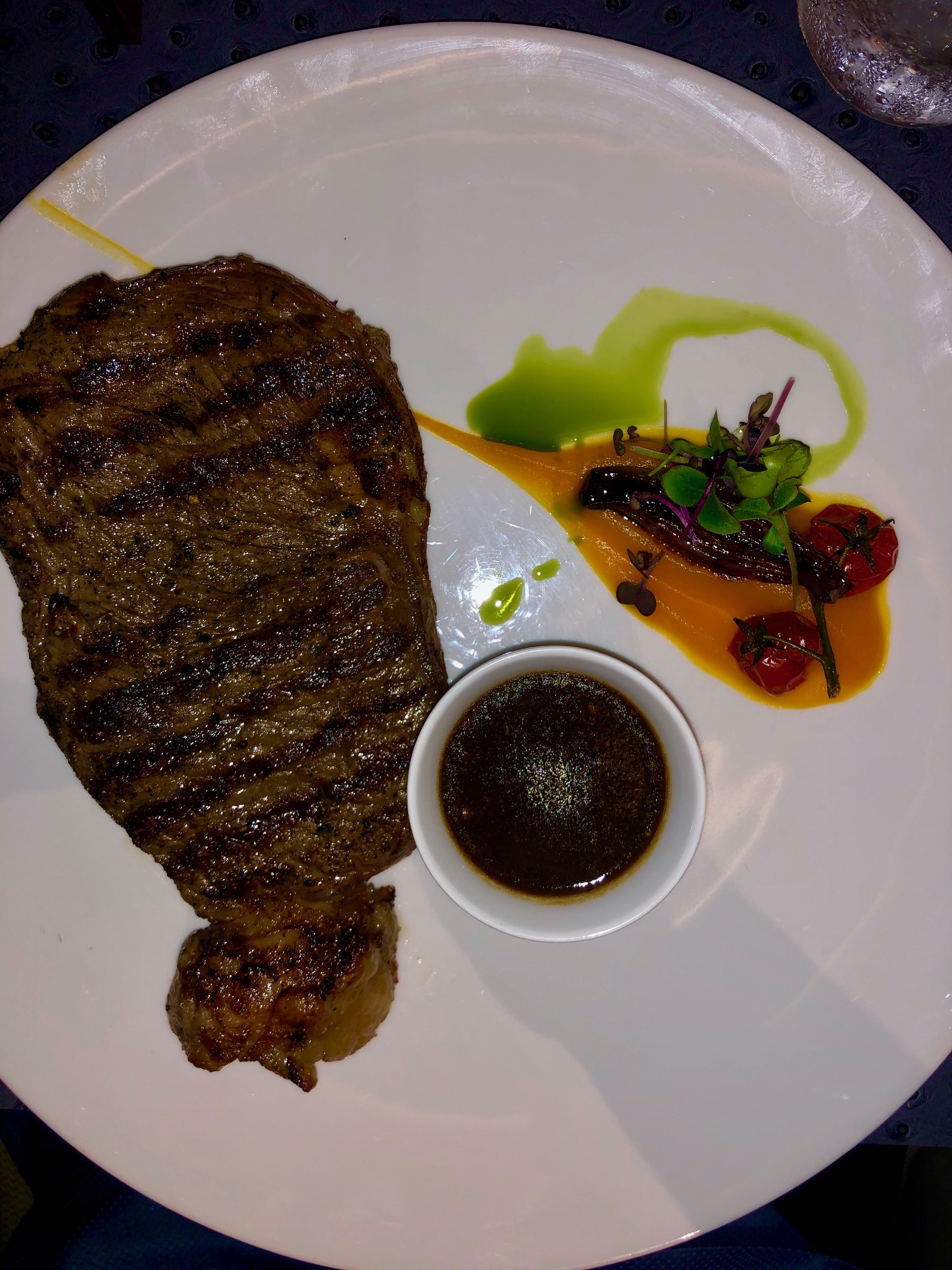 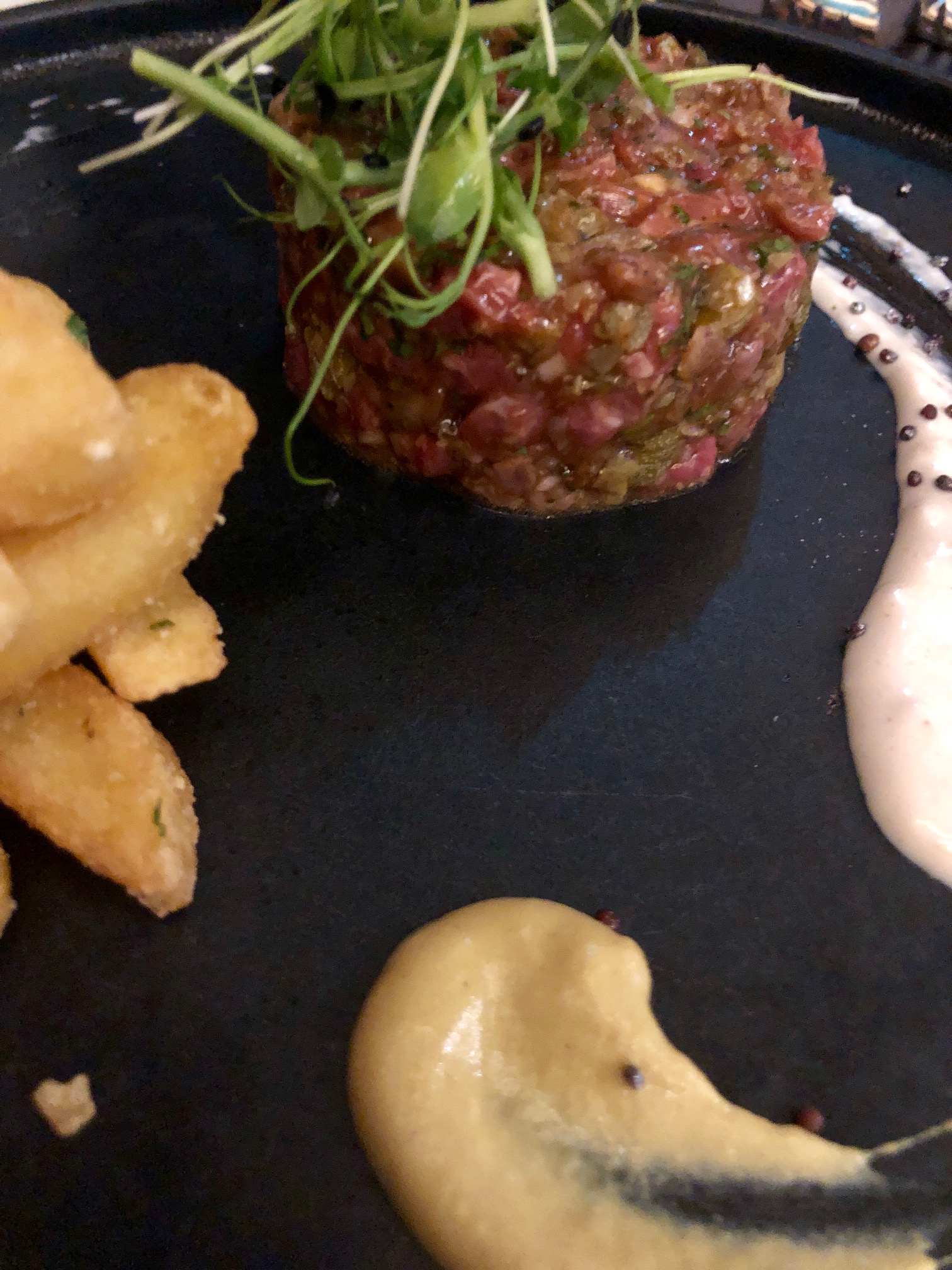 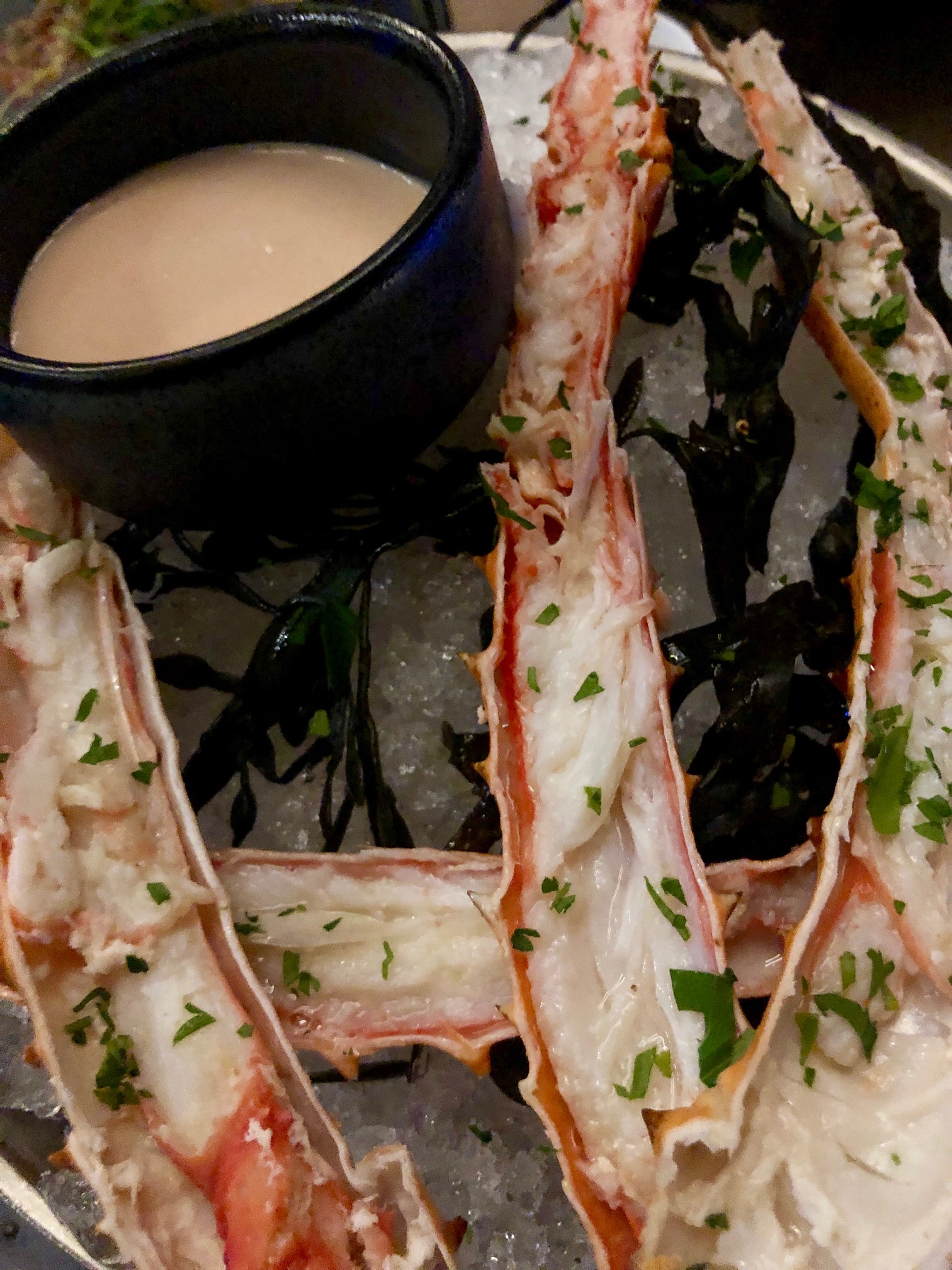 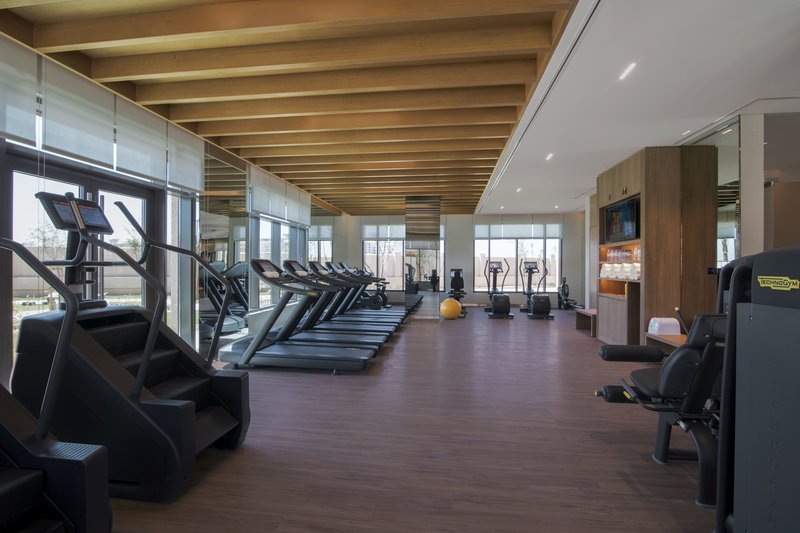 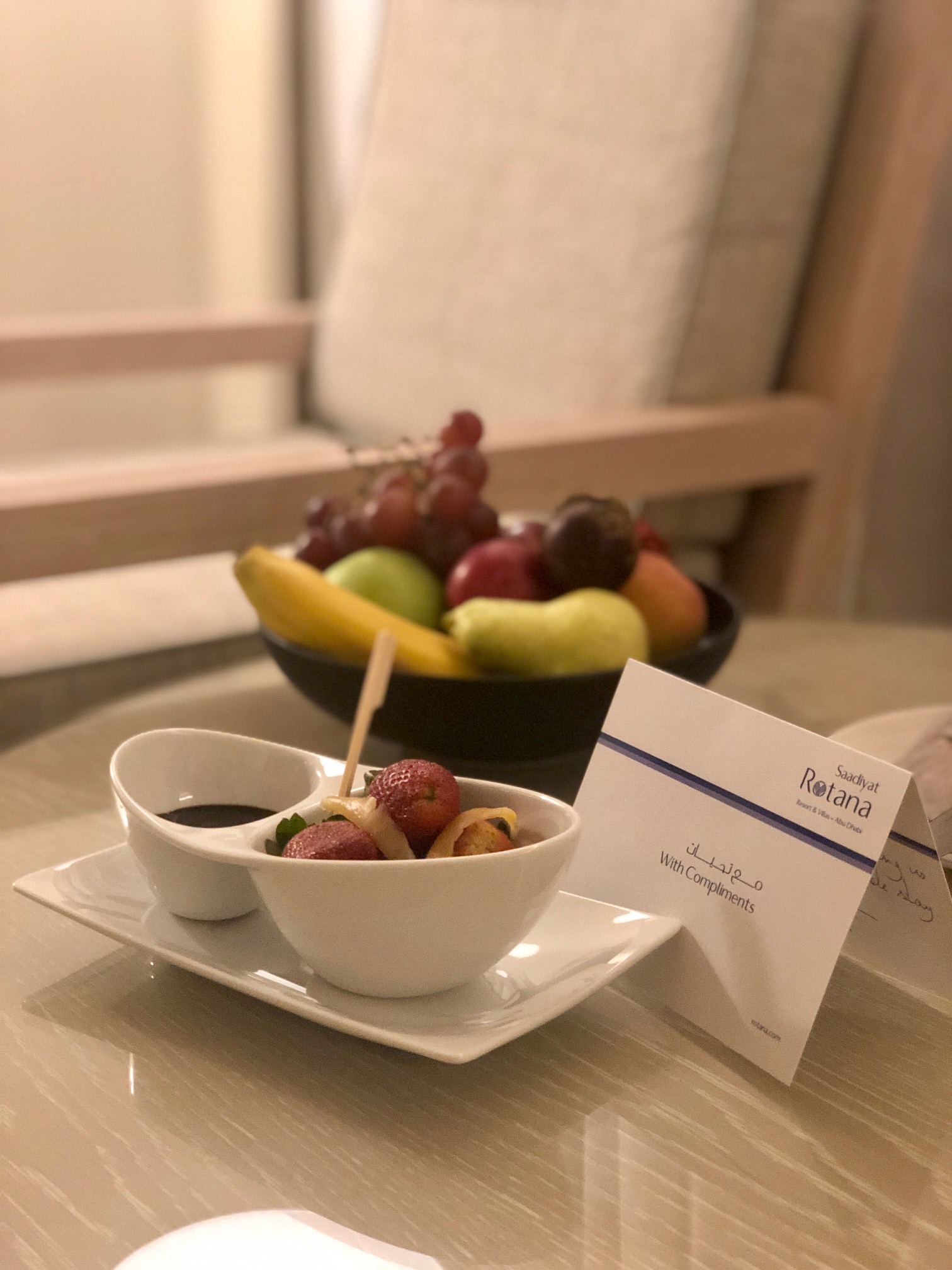 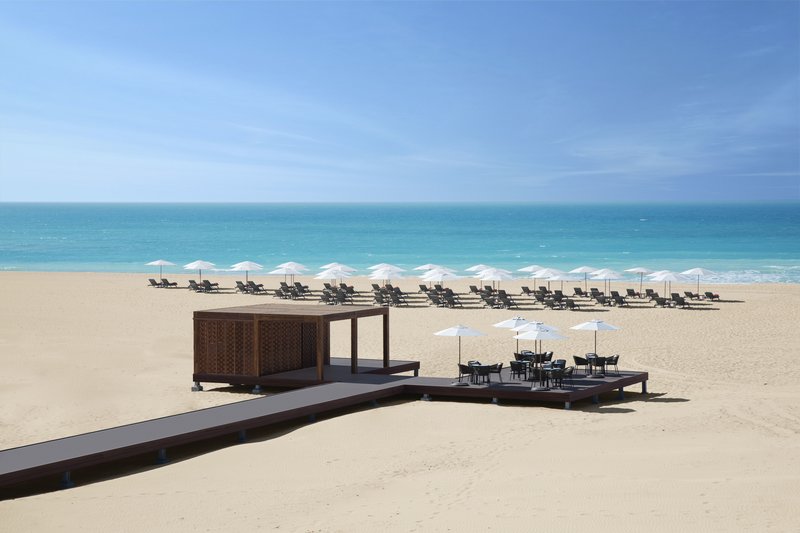