Brunswick Mill Studios is a rather fitting hangout for a band named Cosmic Shambles. On the outside it’s a shabby former textile mill facing a council estate in Ancoats; inside, the walls are spray-painted in a thousand colours and the floors shake with music.

Cosmic Shambles (a reference to the legendary music comedy Spinal Tap) are one of several new bands that rehearse in the Mill, attracted by its’ cheap rent and friendly atmosphere.

“A room costs us 30 quid a month, shared with another band,” singer and guitarist Sam Brunt, 21, explains. “There’s a big community here and we all support each other.”

We are sitting in the Hub; a lounge decorated with shop mannequins and last year’s Christmas decorations. Johnny Cash is playing loudly on a battered old record player. It’s an oddly charming place that is obviously welcoming to musicians – and it’s attracted some big names.

“One of them was actually married to a guy from Chorlton, but then they divorced and she moved back to Sweden. I mean, Chorlton versus Sweden, what a tough choice…” 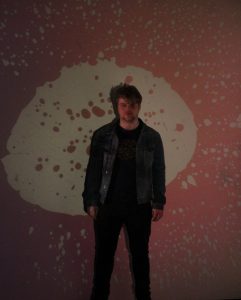 Maybe not. Cosmic Shambles are one of several exciting new bands emerging from the North West, and they’ve formed a close support network.

“We see Scuttlers in here quite a lot,” says Sam. “There’s a band called The Crapsons from Liverpool, they’re really good, and we used to share a room with a band called Sauce. Everyone around here supports each other with touring and stuff.”

Inevitably, all of these new bands have prompted chatter about the return of “Madchester”, the legendary period in the 80s and 90s where chart-topping Manchester bands seemed to emerge every week: New Order, the Stone Roses, Happy Mondays, Oasis… is there a pressure to live up to their legacy?

“Not really, but for us the biggest issue is getting noticed, because there’s so many bands coming out of the area.”

Cosmic Shambles are certainly making a conscious effort to stand out. Their debut single It’s All Over Now is a slow, hypnotic track that builds up to a climax of clashing cymbals and trippy sound effects, all created by Sam using distortion on his guitar. It’s more reminiscent of 60s psychedelia than the “poppy” 80s sound favoured by current bands like Blossoms and The 1975.

“We’re trying to move away from that typical indie sound – the “guy with guitar sound” like Ed Sheeran and create something new,” says Sam, with obvious disdain for Framlingham’s finest.

Out of their peers, they admire Drenge and Royal Blood, while their idols are The Brian Jonestown Massacre.

“When we play live we’ve got this grungy underbelly, this quite 90s sound, which I’d say is quite different to a lot of other bands.”

The band formed less than a year ago but is already drawing attention. It’s All Over Now was chosen as Single of the Week on Salford City Radio, and they are currently mixing their debut EP. Sam describes their songs as “straddling across the spectrum from the whimsical psychedelia of late 60s London to the guttural depths of 90s Seattle,” and says that each song will have a very different style.

“There’s a lot going on with our sound. We write songs that we can do in different styles, they can move around so it’s quite… shambolic!”

There is no political agenda to their lyrics.

“I think it’s very difficult to write political stuff well,” says Sam. “(Mossley punk band) Cabbage do it quite well but a lot of other bands are quite poor at it.

“I think our psychedelic element lends itself more to creating a story and a mood than something based in reality. I tend to write about characters, but I’m trying to become more autobiographical.”

Their fast progress is even more impressive once you learn that Sam is also currently studying English at Leeds University and commutes back home every week. How do they manage it?

“You just have to kinda stick at it. We’ve been playing on and off in different bands since we were about 16 before Cosmic Shambles became a proper thing.”

More worryingly, how do they afford it? It’s now difficult for even major artists to make money from digital streaming. A new, unsigned band like Cosmic Shambles must struggle to find funding.

“We get something like 0.2p from one stream on Spotify, it’s getting ridiculous. For new bands it’s very difficult to start making money. If you’re a covers band it’s quite easy, but for an original band you struggle to get 50 quid.

“People aren’t really going to gigs at the moment. Record companies don’t have the money to take a risk anymore; someone has to prove themselves before they give them a chance.” 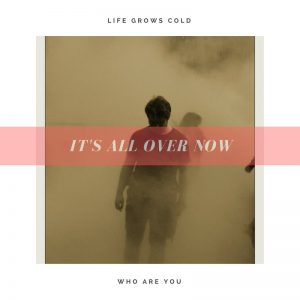 Cosmic Shambles’ debut single, It’s All Over Now, is out now

For bands that do get signed, much more is now expected of them than just playing music; the days when record companies happily funded their artists are long gone. Cosmic Shambles write their own press releases and do most of their own advertising on Facebook, although Sam struggles with it. “Social media are cracking down; they’re forcing you to use ads, which puts the record companies back in control. I find it very difficult to work with Facebook.”

But hasn’t social media also made it easier for new bands to build up a fan base?

“If you’ve got the skills, if you’re savvy with social media then it is. A lot of bands that do well seem to have a bigger picture of advertising and publicity. We fall down there because we just want to go out and play music!

“Merchandise is the main way for us to make money. There’s a company here who do our t-shirts, and we actually made some of our own at our first gigs. You have to be DIY about everything now.”

Fortunately the band isn’t expensive to run: “we just chuck everything in our Ford Fiesta and go!”

Once the EP is released, Cosmic Shambles plan to go on tour and build up their reputation as a live act.

“What we really want is support slots; we think we can mix with anyone live,” says Sam. “We’re not bothered about filling the Ethiad, but I’d love to fill the (02) Ritz; somewhere big enough to get a great atmosphere but also small enough to be intimate and grungy.”

So far they’ve played in London “a few times, although it’s pretty expensive,” and they will be travelling around the country throughout the summer. However, Sam feels that the music industry is now reluctant to support new artists.

“I think there’s been a lack of successful bands in the past five years – the last big band that came through were Catfish and the Bottlemen. I think there’s got to be a big band to come through and kinda storm it, and hopefully that will bring others with it and create a new kind of music.”

Could Cosmic Shambles be that band? Sam laughs.
“I hope so!”