Christened ‘Scarlet Lady’, it is the first of four Virgin Voyages ships which will come into service each year for the next four years.

The ‘Lady ships’ fleet will offer adults-only cruising to a new audience hungry for the luxe of a boutique hotel at sea.

The cruise line, set to make its maiden voyage in April, boasts state-of-the-art technology and is targeted specifically at travellers looking for a more sophisticated cruise experience.

Virgin Group founder Sir Richard Branson, explains:  “I have dreamed of starting my own cruise line since I was in my twenties and I’m thrilled that moment has arrived.

“The Scarlet Lady is truly special and we’ve worked with some of the world’s most sought-after designers, artists and architects to craft an extraordinary experience.

“The benefit of our five decades in business in so many industries is that we can offer a voyage like no other.”

Other features of the ‘Lady ships’ include interiors created by designers such as Tom Dixon, and on-board entertainment which takes inspiration from festivals.

Gigs, nightclubs, comedians, drag artists, and a variety of unusual shows feature, all unlike anything you will find at sea.

Each ship contains 1,330 cabins, and nine in 10 Virgin Voyages staterooms will feature a balcony with an ocean view. 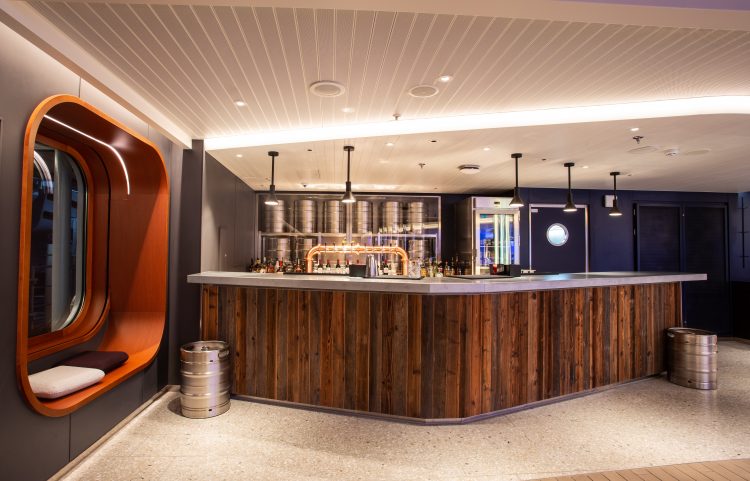 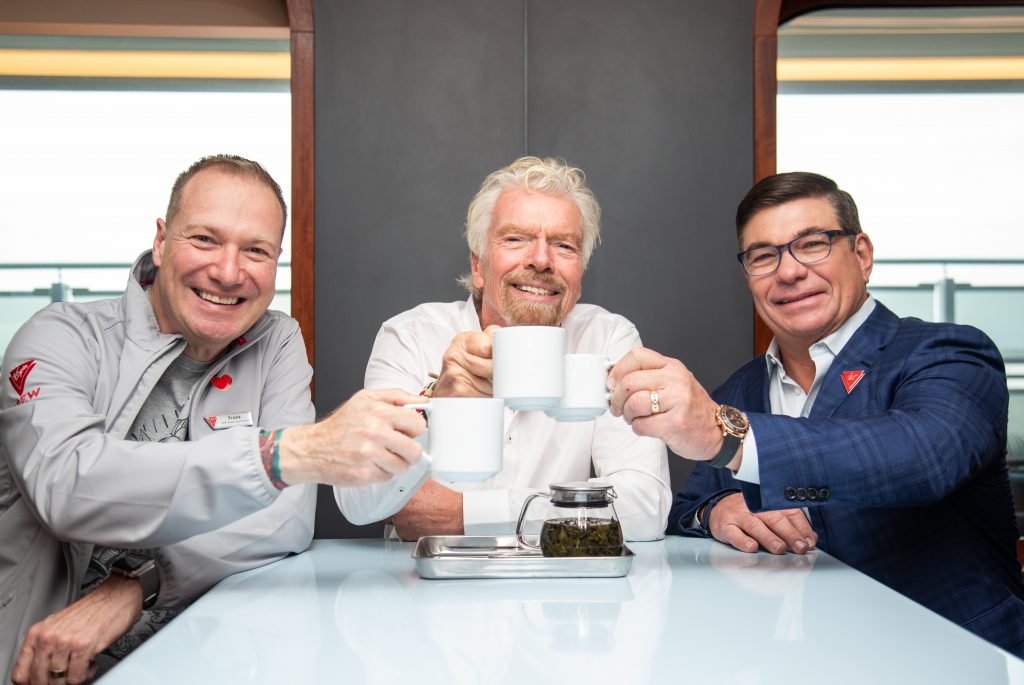 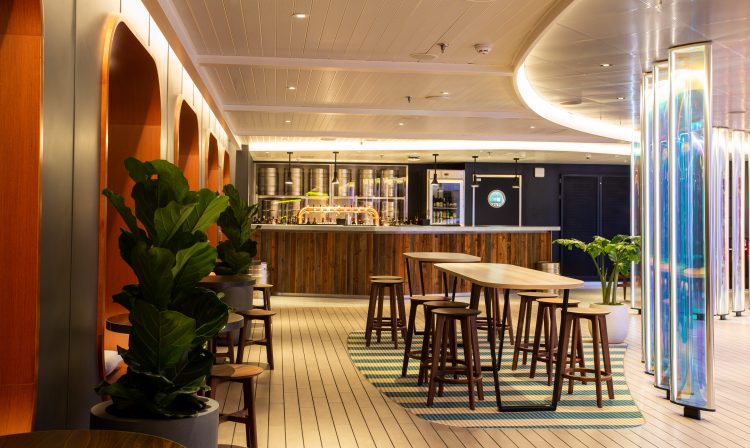 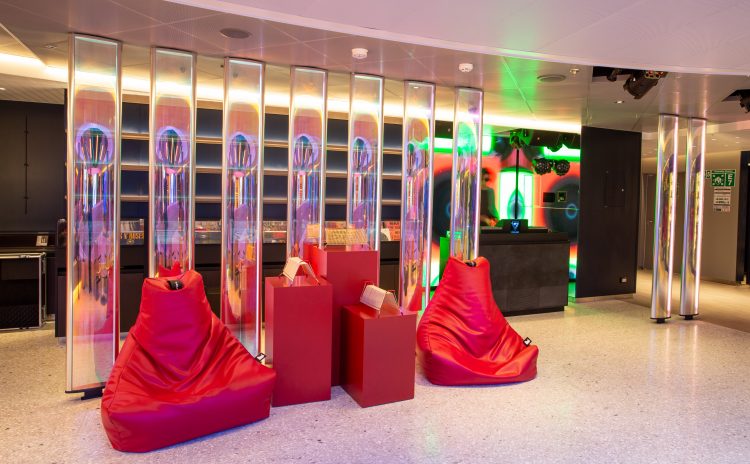 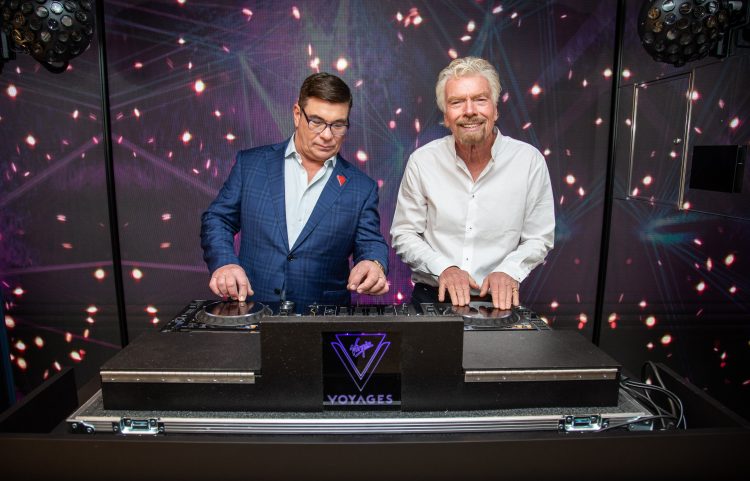 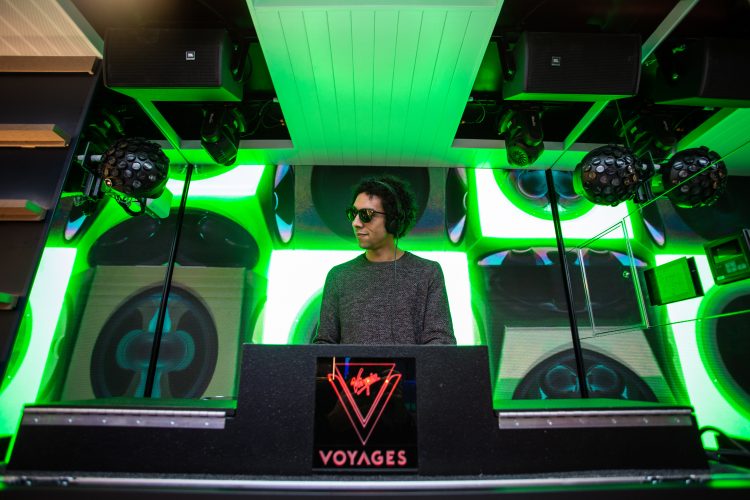 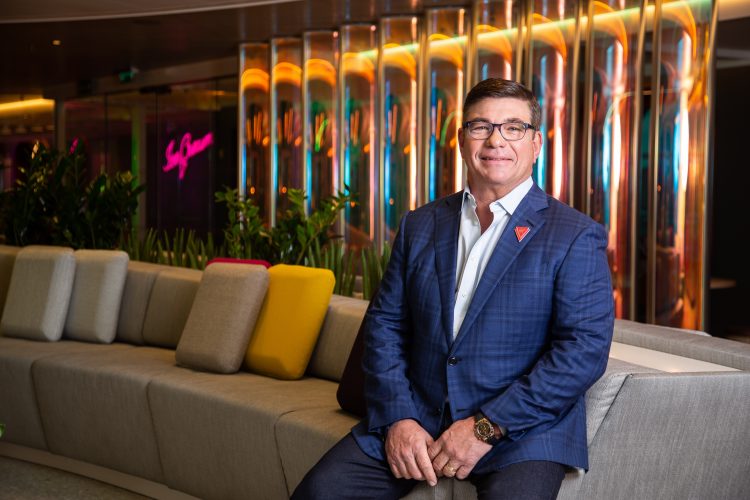 Scarlet Lady has more than 20 eateries ranging from brunch bars to restaurants run by Michelin-starred chefs, including vegetarian-forward cuisine.

There is also a major focus on wellness with spas, gyms, yoga, wellness pools and even a mud room on-board.

Traditional tourist excursions at local ports will be replaced with visits to exclusive beach clubs and authentic, off-the-beaten track experiences catering to the curious traveller.

And as you would expect from Virgin, the crew will be dressed in unique uniforms.

Virgin Voyages is also one of first cruise lines to use Climeon, a technology that utilises heat generated from the ship’s engines to generate electricity, thereby decreasing the demand for fuel.

Scarlet Lady arrived in the UK after her five-day inaugural voyage undergoing sea trials from Genoa in Italy where she was built at the Fincantieri shipyard.

From Dover, she will head to Liverpool for two days before heading across the Atlantic for a star-studded reception in New York, and then on to Miami where she will make her inaugural passenger voyage around the Caribbean in April.

Routes on offer include a five-day sailing to Costa Maya in Mexico, Puerto Plata in the Dominican Republic, and a quick getaway to Key West and Bahamas.

The ship will later be joined by sister liner Valiant Lady which features seven-night Mediterranean itineraries out of Barcelona, Spain when she debuts in May 2021.