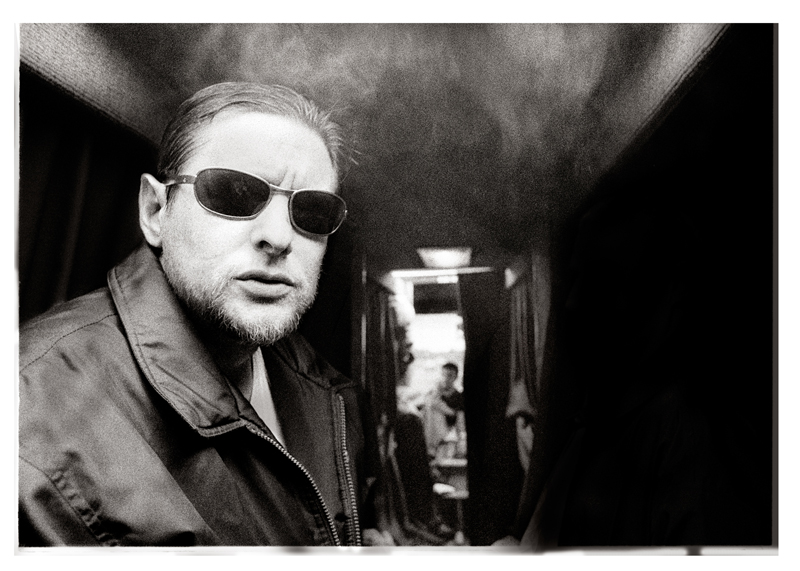 SHAUN RYDER is the ultimate Manc. I was fortunate to get to know him in the mid-nineties, when this photo was taken, when he was on tour with Black Grape.

On assignment with Northern Uproar at a festival in Sweden I met Shaun’s Dad, Derek; Black Grape was headlining the event and I was asked if I would shoot the band. As I walked on to the main stage I was lit up by the spotlight, thousands of hands went up in the air, followed by a loud roar. They had mistaken me for Shaun! This was my only and very short-lived moment of feeling famous.

The band finally appeared and the shoot led to an ongoing photo-documentation of Shaun, on and off stage. It’s almost twenty years since this photo was taken and Shaun is still as famous as ever.

Since the Happy Mondays reformed, a new generation (who grew up listening to their parents’ indie music) has had the opportunity to see them live. Shaun is one of the most loved and respected Mancunians. A genuine, funny, down-to-earth songwriter whose lyrics, style and performance are forever Manchester.