The Almighty Return Of Lawson: Interview With Andy Brown 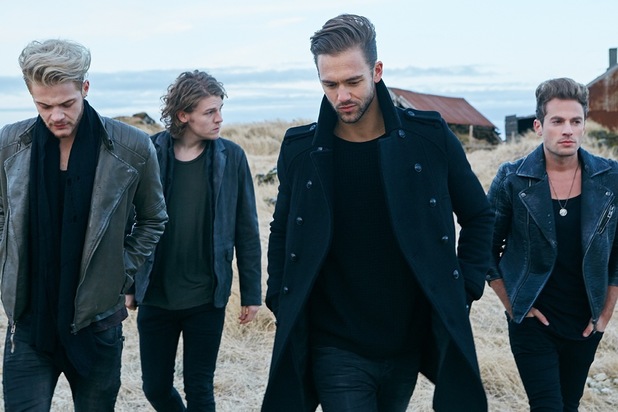 Screaming fans filled the walls of Gorilla last Monday to welcome back the long, awaited return of boy band, Lawson. The easy of the eye foursome have been hiding away for a while, across the pond in Nashville to be precise, writing their brand new album which is expected to be released in summer. With new music to be released, a  growing herd of loyal fans and an exciting summer of festivals ahead Lawson have a lot to be excited about.  VIVA caught up with lead singer Andy Brown to talk about the return of Lawson…

You guys were great the other night at Gorilla, did it feel good to be back performing new music in Manchester?

It was awesome! We love coming to Manchester, it’s probably one of our favourite places to gig. We’ve played a lot of venues in Manchester from some of the real small venues like Sound Control and went on to play Manchester Arena. We always get such a great buzz playing there and Northern crowds are always great to play to, we had a good laugh!

The new single Roads is out next month, is your new music different to stuff you’ve done before?

The new music is more mature really. I think I’ve gotten a lot better as a song writer over the last few years so I’d say the new music is just a lot more grown up. We recorded the album out in Nashville so it’s definitely got that American rock influence.

Are there any current artists or bands that have influenced Lawsons new music?

Definitely, we’ve been listening to a lot of cool bands like Imagine Dragons and Bastille and we’ve taken influences from that sort of big anthemic sound so a lot of that has gone into the new album. I’ve been listening to a lot of stuff though, like a lot of country music because when we were out writing in Nashville, that sort of music was on all the radio stations. I also love One Republic, I’m a big fan of Ryan Tedder as a song writer and we’ve met a couple of times and locked horns about song writing as well so he’s definitely a big inspiration.

As a band, do you ever get nervous that fans might not like new material as much or are you just excited to put new music out there?

I think we’re always just excited to put stuff out there. We’re very lucky that our fans always seem to love everything that we put out…I don’t know whether they just say that or if they actually mean it! But they look as though they mean it when we’re playing live and all the amazing comments on Twitter and YouTube. We spend a lot of time making sure that new material is top drawer and me, as a writer, I just wouldn’t like to put anything out there that I wasn’t really proud of. We all know that the fans are going to love the new music and hopefully we can also win people over who maybe aren’t into Lawson with our new stuff as well.

In the show you got your support act, Andreas Moe on stage and sang with him. Is having a good support act that you’re fans of important to the band?

Absolutely yeah, I mean it’s all about a show isn’t it? When you go and see your favourite bands you want to be entertained for the whole night, so it’s all about having a great support band or artist. Andreas is someone that we’ve been fans of for the last year. He’s been on tour with John Mayer, Kodaline and a lot of other big artists so it’s great to have him on board and he’s just a really great talent as well, he’s definitely got a big future ahead. We always think it’s important to get people on board who we connect with as well and who we’re friends with off stage to.

Does the band have any rituals or routines before going on stage?

Not really, no. We’re quite boring like that. We always usually do a shot of whiskey before we go on, just to settle the nerves at times, but then we just go straight on and love it. It’s just about the adrenalin more than anything, you’re just always buzzing before you get on. We don’t have any weird rituals though, just a quick shot and then bang, we’re out on stage.

It’s fair to say that most of your fans are predominantly female, who gets the most female attention or is it equally distributed?!

I don’t know really, I think we just all appeal to different people. It’s cool for us because our fans are so loyal but as we’ve been releasing new music we’ve also been getting a lot of guys on board as well and some older people to so it’s just brilliant to have a real mix of people listening to the music, that’s what we always wanted from the beginning. We’re very lucky to have that.

A lot of your songs are about ladies and love, are these two topics you feel passionately about?

I think it’s just something that I find easy to write about to be fair. Roads for instance, the lyrics are all true to life and it’s all been taken from personal experience. I’m sure other people out there have had relationships that you talk about to your friends, but for me, I like to put it all down into music and lyrics. That’s just what I get inspiration from the most, but it’s not just about love. The new album is very triumphant, there is a song called Mountains which is about if you’ve ever been through dark times then you can always see light at the end of the tunnel.

Are there any obscure instruments that you’d love to be able to play?

There is quite a few yeah! There are a lot of obscure instruments on the album to. We’re all quite multi-instrumental and we’ve all been playing our own instruments for ages. I mean I’ve been playing guitar for nearly twenty years, I think I started when I was like ten! As you saw the other night at the gig though, Joel was on an instrument called a pedal steel which gives you that really nice string texture underneath the songs, so we’ve used a lot of that on the album. We also had some flute and we also had some harpsichord which was quite strange because we didn’t have that on the first album. It’s good to experiment with a few different things and see what works and what doesn’t and just have fun with it.

Finally, what’s the most exciting thing planned for the band this year?

We’ve got a lot of amazing stuff coming up. Obviously Roads, the new single, is going to be dropping 10th May so we’re very excited about that. You can also watch the video on YouTube now and we’ve been getting some awesome comments about it which is great news. Later on in the year we’ve got the album coming, there’s not currently a date for that yet but it will be around summer. We’re also doing some cool festivals like V Festival which will be good fun and then just loads more stuff to come as well. Just keep heading onto lawsonofficial.com to keep up with all the exciting news!