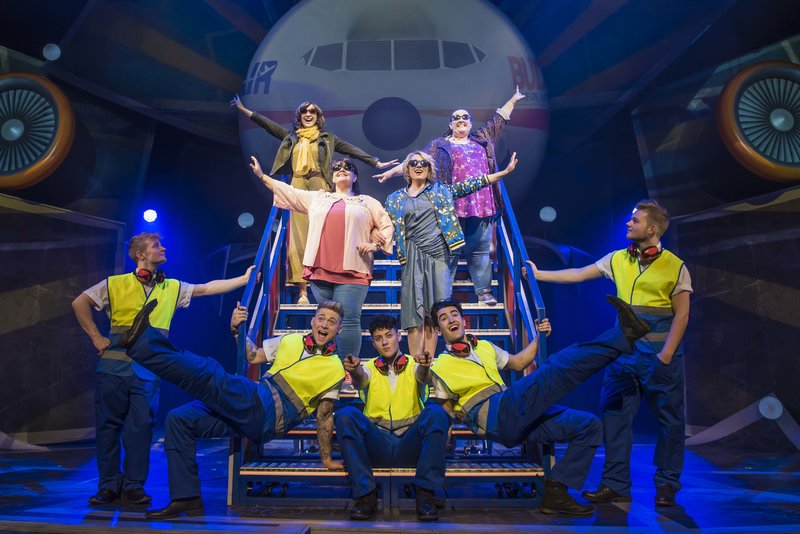 (Left to Right) Jayne McKenna as Zoe, Rachel Lumberg as Rachel, Emily Joyce as Heather & Alison Fitzjohn as Claire, with Five To Five as The Band

The Band, Tim Firth’s smash hit musical, is finally home. The Band has come to The Lowry and will stay until Saturday the 26th of January. Featuring the music from the Mancunian band Take That and a Tim Firths wonderous script,  this show is the most fun you will ever have.

The story begins by following five 16-year-old girls on their first ever gig, to see The Band – their idols. The night ends with a tragic accident and the girls lose touch. Twenty-five years on and The Band is reuniting, but they aren’t the only ones. The girls head out on a trip of a lifetime to Prague finally meet their heroes but not everything goes to plan….

This musical will make you laugh harder than you ever have before but you won’t leave the theatre without a tear in your eye.

The musical is without a doubt only as good as it is because of the phenomenal cast. The original cast from 2017 have re-assembled and are bringing The Band back again. Rachel Lumberg (Calendar Girls, Romeo and Juliet), who plays Rachel, perfectly encapsulates Rachel’s bubbly yet very-much-broken demeanour and leads this show to victory. 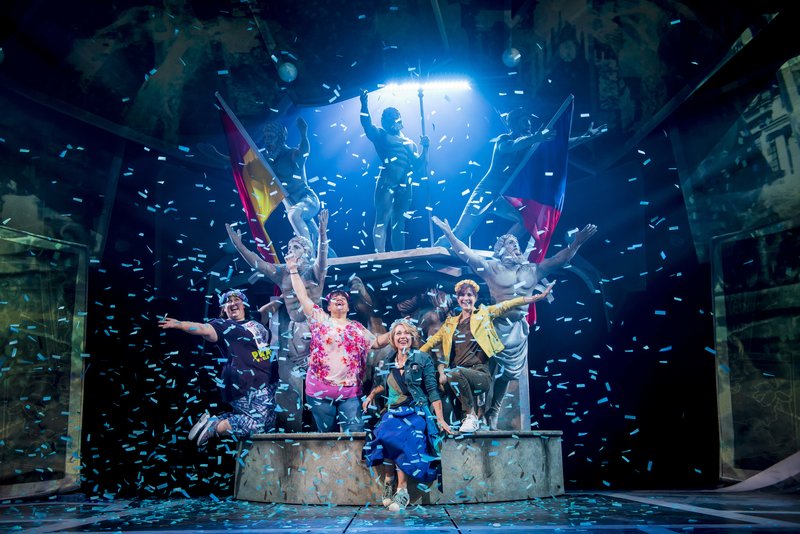 (Left to Right) Alison Fitzjohn as Claire, Rachel Lumberg as Rachel, Emily Joyce as Heather and Jayne McKenna as Zoe in The Band

Alison Fitzjohn (Gangsta Granny, The Wizard of Oz) is hilarious as Claire – The moment she steps out on stage she will have you howling.

The fabulous Emily Joyce (My Hero, Eastenders) plays the vivacious Heather with such attitude she commands the whole stage.

It wasn’t just the adults that brought heart into the show – the child versions of them did too. Faye Christall, Katy Clayton, Sarah Kate Howarth and Lauren Jacobs played the parts just as beautifully.

Of course, Rachelle Diedricks deserves recognition as the feisty Debbie. The Band is her first professional show and you wouldn’t have known- she was born for the role.

Aside from the cast, the sets are absolutely spectacular especially when they involve The Band. Throughout the show, The boys find themselves in the centre of the action as Rachel, and the other girls, imagine them in every scenario. This could easily take away from the main action but the way they do it is mind-boggling. They hide in the most inconspicuous places and it really just adds to the whimsical and nostalgic feeling of the show. Who else imagined their heroes hiding in their locker? 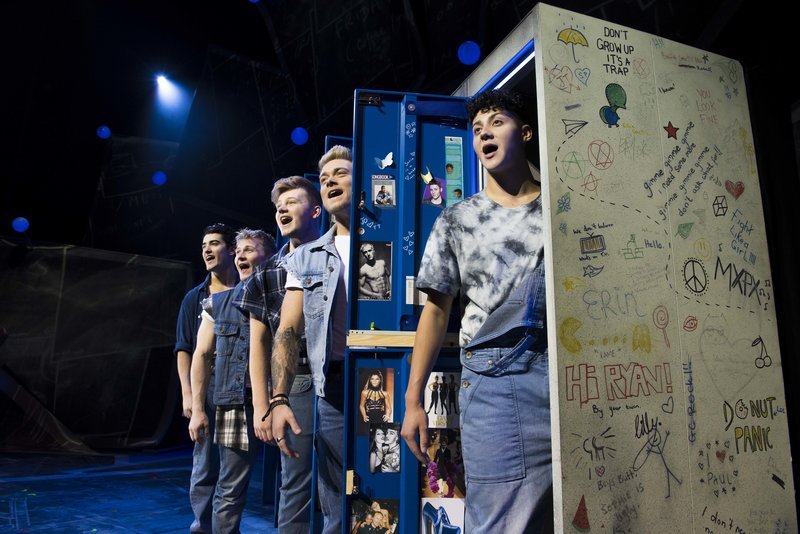 The ‘old meet young’ moment in the show uses this really well. No spoilers here but it is such a heart-wrenching scene- there wasn’t a dry eye in the theatre.

This show is a must-see for everyone not just Take That fans. It will make you cry with laughter and with love. It will remind you how it feels to be young, obsessed and in love with that band. 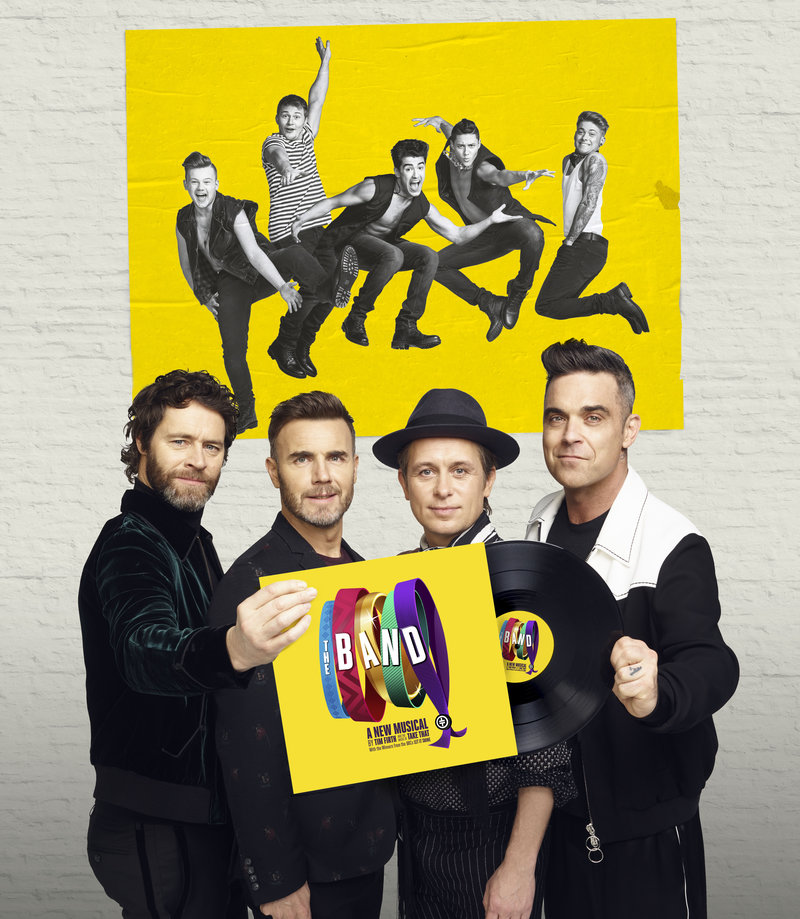 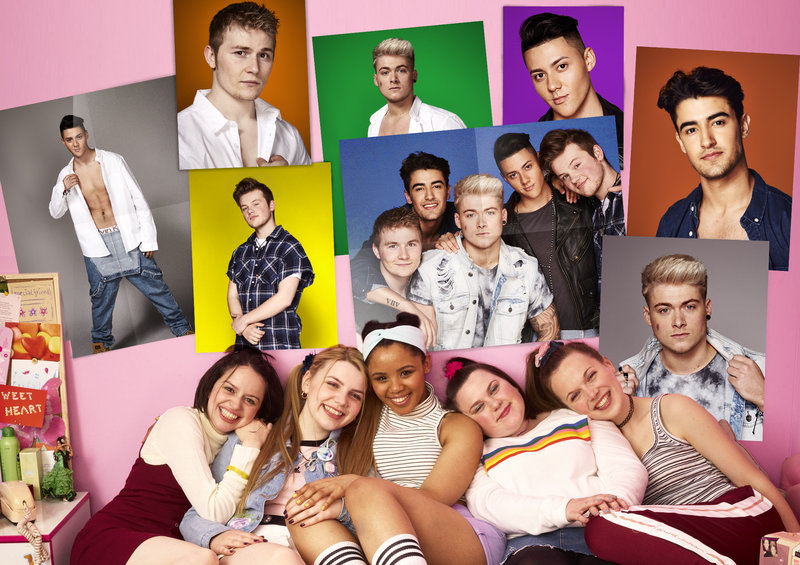 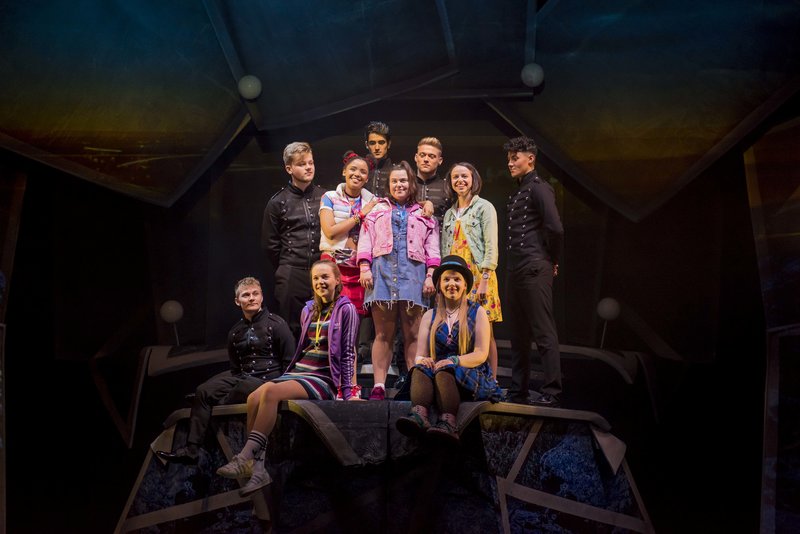 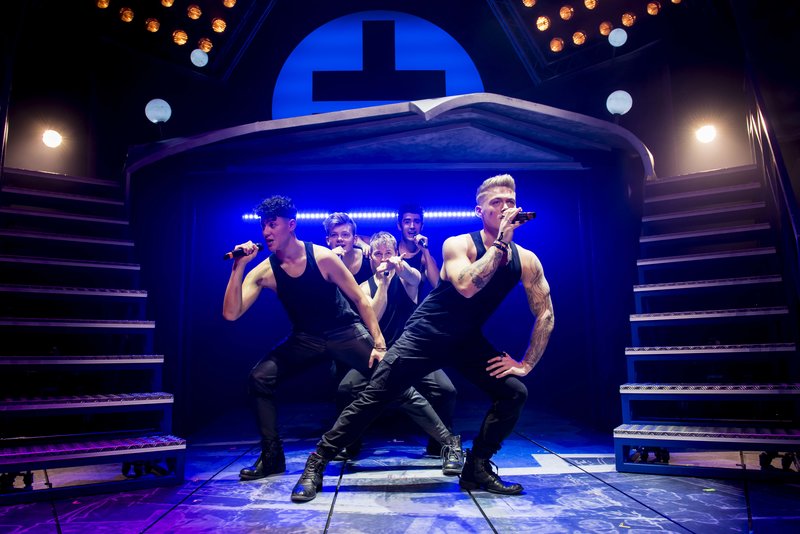 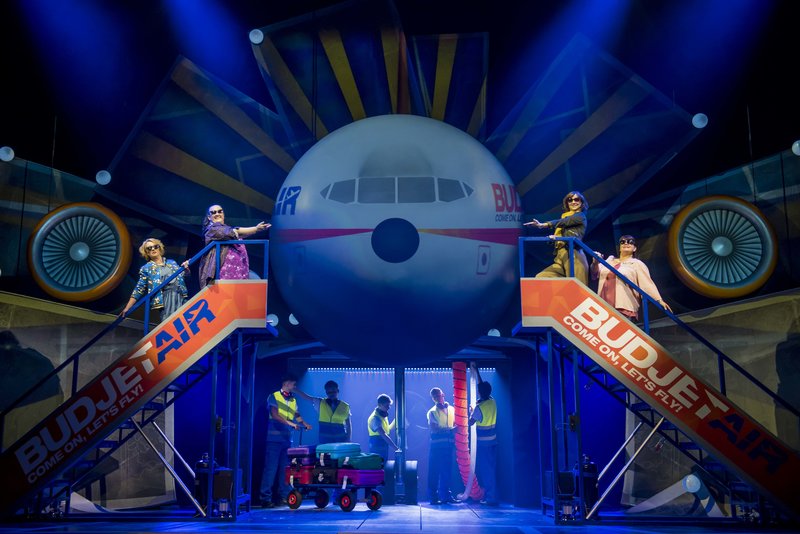 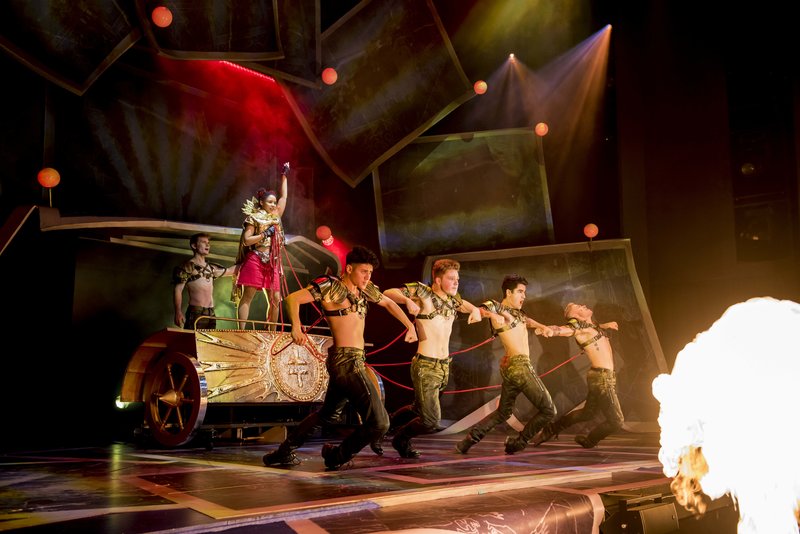 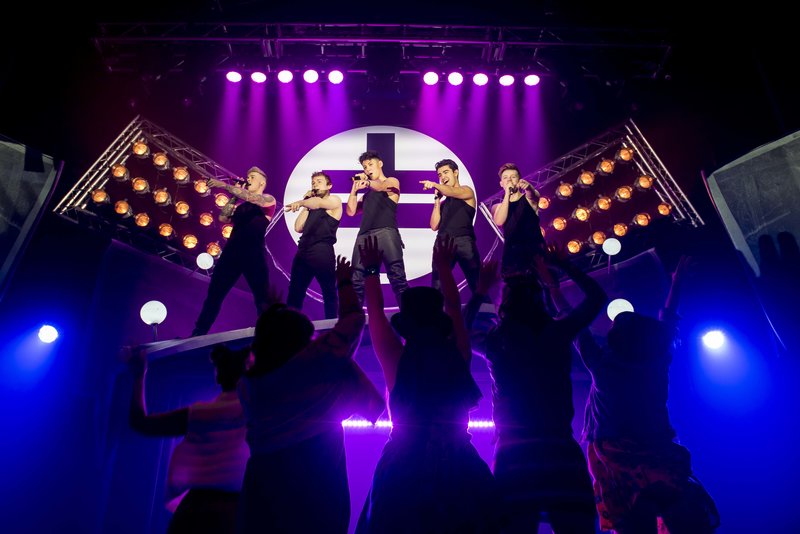 Find out more about The Band here.