Cutting Edge: The effects of modern technology within the music industry 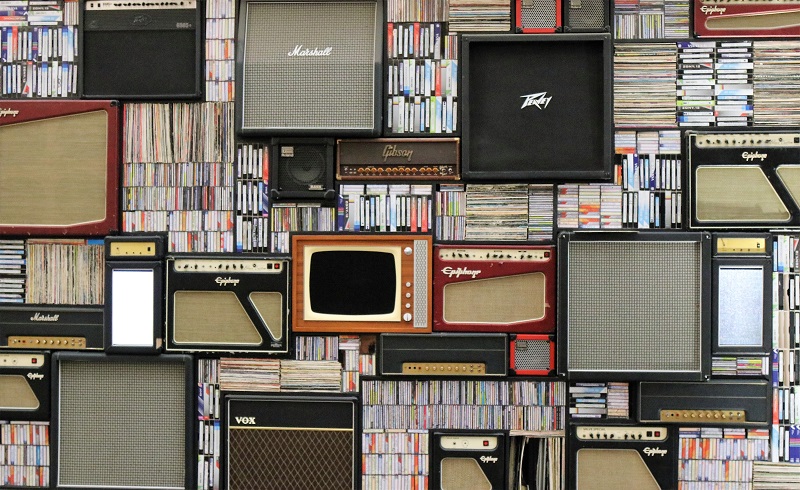 As technology becomes increasingly prominent in day-to-day life, the effects it is having on industries spreads further. In the music industry, Spotify, for example, is commonly used as a means for listening to music.

The effects of these technologies are creating a wide impact on how smaller artists become well known in the industry, but in what way?

Mark Orr, Director at Lab Records, an independent record label releasing music in the pop and rock genres, with bands from the United States and the United Kingdom, believes “we’re seeing a trend of acts that are becoming successful without having success in the traditional medium, so without much radio and television support, or without a huge spend by a major label, so I think that’s been quite a dramatic change in the way that Spotify specifically has affected the industry for up and coming and developing acts.

GREAT ESCAPE – We are teaming up with @KillingMoonStagram for this #AltEscape show at The Hub in Brighton on Friday 18 May. Here’s your first announcement! #TheGreatEscape #TGE18 #GreatEscape #LAB #LABRecords

“As an industry, particularly the part of the industry that we deal with, which is developing acts near the start of their career, there’s probably too much of a dependence on Spotify right now,”

Media technologies have intensely developed over the years, progressively aiding a discovery for small and developing artists. It generates a higher platform for artists to get their music heard around the world, as well as being amongst some of the biggest names in the music industry entirely.

There has, however, been a visible disconnect between the number of streams, and the number of tickets sold. Playlists on Spotify make passive listening easily available to the public, forming new challenges which could be rendered a negative part of the streaming service to some artists. Spotify has over 50 million subscribers and over 100 million streamers.

“You may have 250,000/500,000 monthly listeners, but if they’re listening passively on an easy listening playlist or on a coffee shop playlist, they might not even know the name of the artist.

“If they don’t know the name of the artist, they’re not going to buy a t-shirt.” Says Orr.

Just because a song has been streamed on Spotify thousands of times, doesn’t mean the artist is well known and has a lot of financial backing. This is where another adverse concept of Spotify streaming comes in.

According to Spotify themselves, on average artists earn around $0.006 and $0.0084 per play, meaning it is still immensely important to have the financial backing of a label and traditional routes, for example CD’s and gig tickets, if you are looking to make a career out of your music.

Relying solely on Spotify and other streaming routes could result in large numbers of listeners, however this may not be replicated in physical sales.

Whitney Bluzma, member of the band Black Helicopters, made up of three people based in Manchester, states “Spotify isn’t something you do for the money. It’s good for the sake of looking like a proper band, you just need to get the distribution deals, even though you’d never get to see any money, it’s always like a quarter of a penny per play.

“Even quite successful bands are just making pennies from tens of thousands of plays.”

Streaming does not affect all artists in the same way. Depending on what kind of artist you are and how well known you are, streaming has different effects on careers.

Record of the Day writer, a company that creates online magazines providing the latest original and aggregated news from all UK and international media outlets, Elizabeth Stokes, says “it’s a two pronged world, because you’ve got the Indies and you’ve got the majors. In the majors they have a lot of muscle behind them, and in terms of creating a buzz around a new release, they have funding and they have a budget to do a massive campaign outside of technology, so use traditional routes.

“The Indies don’t necessarily have that money, so in terms of what they can do, it’s a much more slow burning process. It’s not just ‘our CD’s out there, go and buy it’ and then the money’s there, the money takes a lot longer to come in because those streams take longer.

“They don’t necessarily have a plugger so they don’t get on the playlists in the way that a major artist would,” she says.

New technologies in all aspects are growing faster each day, making it the industry’s largest source of income, but the effects they have on music specifically is incredibly dominating over traditional routes.

The question is, will it continue to grow, or will it die down in the way that other music platforms have?

Over the last year, there have been three new streaming services made to compete against Spotify, Amazon, SoundCloud, and Pandora, along with Tidal, Apple Music, and YouTube Red made in the previous year.

Stokes believes, “it’s just going to keep growing. In terms of specific technology, I think Blockchain is going to play a really big part in the future of music rights.

“We’ve learnt a lot as an industry from the age of piracy and we’ve learnt that instead of fighting technology, we should embrace it.”

Sony has a weekly meeting with new technology companies who come in and present what they have, so they are constantly integrating the new media within their business to create an enticing outcome for the public as we thrive in the new age of technology. As well as this, Universal has a whole section dedicated to looking into new technology and how they can use it.

“We’re finding a way that we can incorporate technology in the music industry.

“There is going to be a massive broad range and not every single one will be right for every artist, but learning how we can make each one financially viable for the correct artist is probably the future.” Stokes says.

Another challenge music artists and record labels face, is creating new and exciting product experiences ‘off’ and ‘on platform’.

“One thing that the new digital streaming services like Spotify are killing off are the small record labels, which would be your first step for getting financial support if you were an artist back in the day.

“The small labels are struggling so it’s harder to get your foot in the door, whereas it used to be you make a demo tape, then you get picked up by small labels and if you’re successful and people like it, then you move on to somebody bigger.

“That first step isn’t there anymore so the bigger record labels take less risks. They will only invest money in the music that they know is really middle of the road, Bluzma claims.

As the new technologies progress, the music industry has adapted in order to compensate artists for the changes.

There are a wide range of positive and negative impacts streaming has on small artists, based on the thoughts portrayed. Although incorporating the new media technologies in the industry is extremely important, it is key to follow through with traditional routes also.

The income from selling CD’s and gigs is significant in the development of small artists becoming well known. Streaming services not only play a crucial part in being up to date with the times and keeping people interested, they also create a new means for people who may not be able to afford to buy CD’s to retain their involvement within the music industry.

New technologies are forever evolving, so who knows what’s next for the artists of today and in the future.