Described as a ‘play with a borderline personality of its own’, RACHEL certainly took the audience on a rollercoaster of emotions from start to finish last night at The Lowry.

For one night only it was a full house for Stevie Helps’ production of RACHEL. The small Aldridge Studio Theatre in Salford’s Lowry creates an intimate and unnerving atmosphere between the actors and audience.

The play opens with a comedic monologue from old lady Nosie Rosie, played by Sophie Osborne, who introduces the play with a warning that it’s not going to be a pleasant experience “it’s his head, not mine!” she says (in reference to director Stevie). 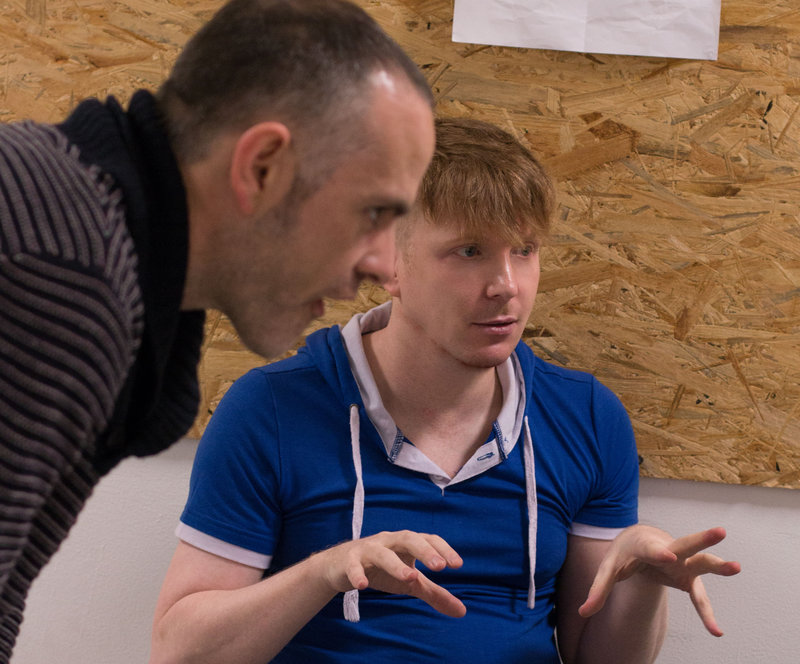 Writer Stevie Helps talks to the cast in rehearsal

She continues to add a spark of comedy throughout the play and lightens the mood in-between scenes from the twisted tale.

RACHEL explores what it’s really like to deal with psychiatric hospitals and mental health.

Sophie also plays the character of Sarah who is in what seems to be a normal relationship with Andy (Joe Walsh). As the play progresses it quickly deteriorates into an abusive relationship which follows the play’s theme about consequences through lack of support.

Many of the other actors play dual roles believably showcasing both their acting and singing talents which led to very believable performances.

The play feels like you’ve immersed yourself in a psychotic nightmare which can only help remind us that for some people with mental health this is their harsh reality. RACHEL gives the audience a glimpse into what it must be like to live with Bipolar, ADHD, and Borderline Personality Disorder. 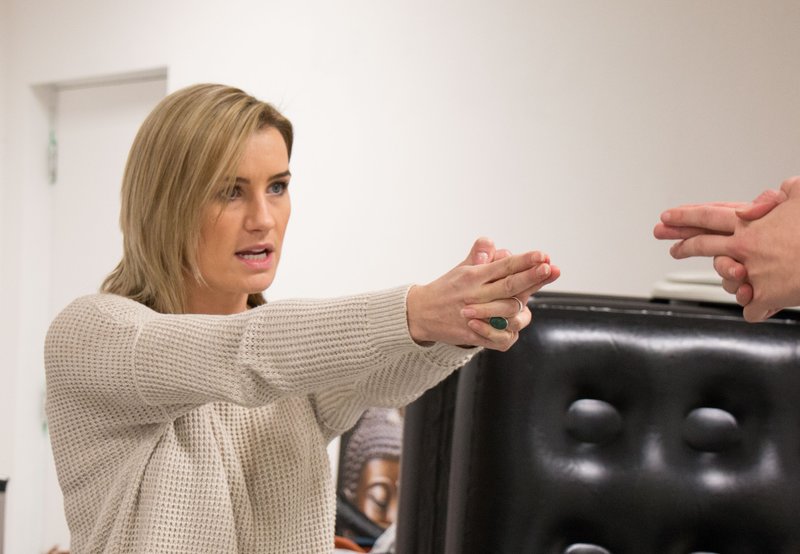 A cast of 15 actors all gave powerful performances with the lead character Rachel strongly portrayed by three formidable actresses, Brogen Campbell, Lauren Cotter and Jennifer Hayden who allow the audience inside a head dealing with split personalities.

The scenery, which took me by surprise, was minimal and almost non-existent. The simple set included an unusual mix of inflatable furniture and cardboard props, however, it enabled for slick scene changes as actors held props on stage to create the scenes. 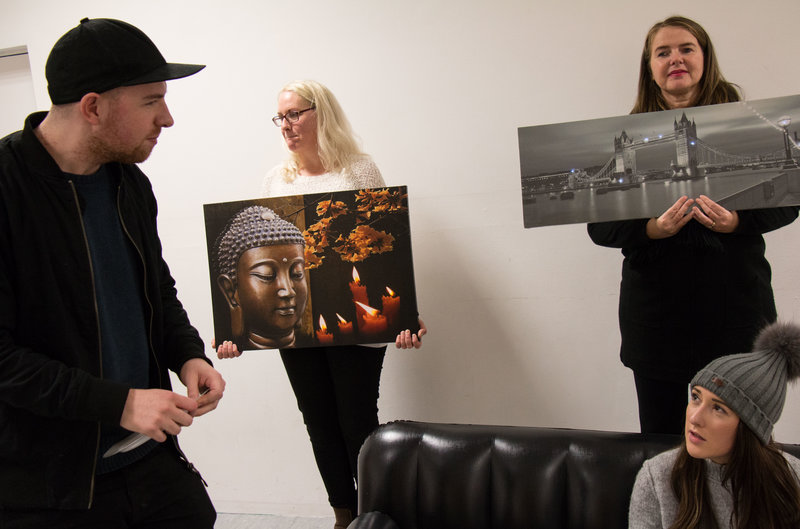 Although the play plunges deep into surrealism, melodrama and overall craziness, the sinister scenes are broken up by the angelic voice of Kat Rawling. She sits quietly in the corner of the stage gently strumming her guitar, her effortless lovely vocals add pathos to the play.

RACHEL was full of dark, twisted, and traumatic scenarios. You could practically feel the audience squirming in their seats, shocked and horrified at the uncomfortable scenes unfolding, in particular, the incestuous relationship between Rachel and her father (Simon Bugg).

There was never a dull moment during the performance with the frantic energy from the cast pulling the audience along with them each traumatic step of the way.

Violent scenes of rape, nurses forcing tablets down patient’s throats and schizophrenic violence involving bricks were all powerfully performed in a thought-provoking way.

The play may be overdramatic in parts with excessive swearing and crude jokes but to me this is seen as a smart choice from director Stevie, as it gives the audience an insight into the uncontrollable mind that people with mental health struggle with.

The final scene with Nurse Susan (Anna Prior) and Nurse Michelle (Coimbra De Oliveira) brings a whole new wave of emotion to the audience, which didn’t seem possible after the whirlwind journey we’ve already been on. 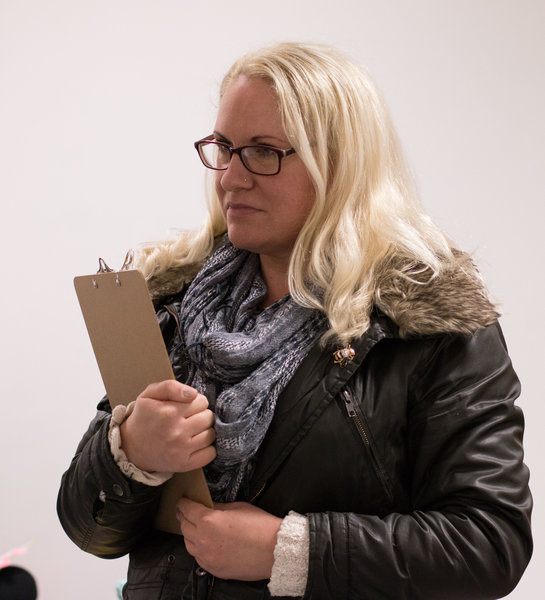 Nurse Susan ends the play talking about the issues faced by mental health nurses within the NHS. She gives a heartfelt performance, almost coming out of character to talk about the lack of support and resources under the current government cuts. Her final question to the audience is: “What do you do? Give up, complain or go along with it?”

Another key message that comes out of the performance is that no two people suffering from the same mental health diagnosis behave in the same way.

The play is based on the personal experiences Stevie Helps’ faced during his battle with mental health. In my opinion, the cast has definitely ‘done him proud’, not only through their brilliantly realistic acting and performance but also through their delivery of the raw, sometimes uncomfortable, message that safe recovery for mental health is often put on the back seat by the government.

If you want any advice or more information on ADHD, Bipolar, or Borderline personality disorder visit the NHS website.