These are the top 25 winter worries set to test us

Being without heating or hot water, illnesses – and falling on ice are among the biggest winter stresses.

As the country braces itself for a return of the ‘Beast from the East’, hiked energy bills, worrying about home repairs and having to get up when it’s dark outside also featured on a list of top anxiety triggers.

Having to pay for Christmas Day, putting on weight and doing less exercise also boost stress levels over the winter months.

The study of  homeowners also revealed one in five are concerned about a deep freeze causing their pipes to burst, while a tenth are worried their heating isn’t up to the task of warming their home.

Many are right to worry though as 45 per cent have experienced their boiler breaking down in winter, taking an average of seven days to get fixed – at a cost of almost £940.

But almost half of property owners don’t set anything aside to deal with home emergencies, despite the average person expecting to spend £1,278 overcoming testing times this winter. 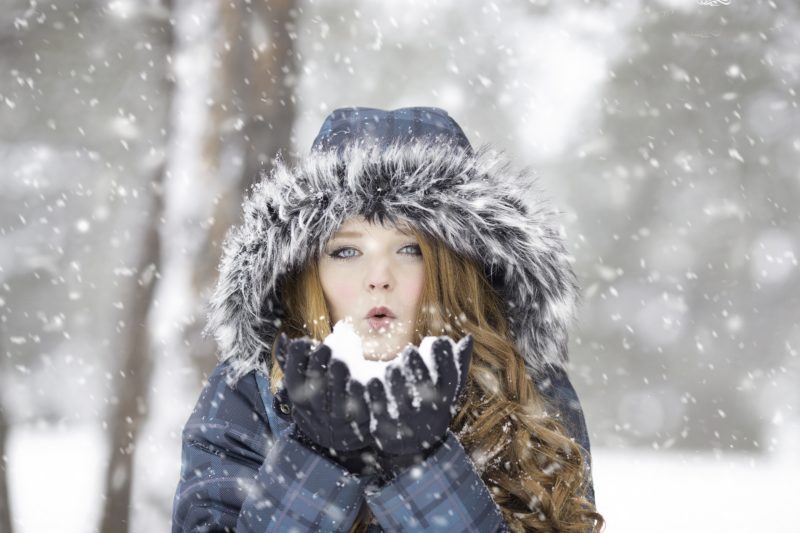 Andy Kerr, co-founder of smart home tech installers, BOXT, which commissioned the study said: “When it comes to our homes, health and finances, more than half of homeowners agree that winter is far more stressful than summer.

“One in six respondents feel they have overpaid for emergency repairs in the past as they didn’t feel clued-up as to how much it should cost.

“If your heating breaks, your spirit really doesn’t have to though. It’s now simple with BOXT to get fixed-price quote in 90 seconds and have it installed the next day.”

The study also found that worrying about being ripped off for home repairs is a major source of stress for two thirds of property owners.

And in total, people estimate they paid £383 on repairs to their home during winter last year.

But 24 per cent believe they wouldn’t be financially prepared to do the same again this year and would have to consider putting the expense on a credit card.

Despite knowing the risks, one in seven homeowners have never serviced their boiler, while 13 per cent are unaware of how much a new heating system would cost.

A third also said they wouldn’t have the disposable cash to cover the cost of a new system if it broke tomorrow.

As for fielding basic maintenance ahead of the winter months, worryingly, one in five do not know where to turn the gas off at the mains, while an eighth do not where the stop cock is.

More than a third (36 per cent) of those surveyed in the study, have also never checked their boiler pressure, with 52 per cent unaware of what the correct operating pressure of their boiler should be.

Andy Kerr added: “With forecasters predicting the coldest winter in 30 years, it’s well worth taking the time to make sure your home is in good working order, before temperatures really start to bite.

“It’s only when you’re without your boiler you realise how much you rely on it.

“We’ve removed all of the confusion and pain points of buying unfamiliar items for the home such as boilers and air-conditioning units and made them as easy and quick to order as your favourite takeaway.”

Tips on how to prepare your heating for winter:

1. When it comes to the health of your boiler – boiler pressure matters. A LOT. The pressure is crucial to your heating operating properly. Too low and the boiler will cut out and you’ll have no hot water. Too high pressure puts unnecessary strain and the system could break down. So, what’s the magic number? 1.5 bar.

2. If your radiators are cold at the top and hot at the bottom, then they need bleeding. Arm yourself with a cloth, container and radiator key and turn the heating off. Locate the valve at the top of your radiator, turn the key anticlockwise until you hear a hissing sound. Once the water begins to flow, tighten and you’re done.

3. Look for leaks on the boiler and around pipes. Excessive banging or gurgling noises can also suggest there’s a fault. It’s best to get in touch with an engineer who will be able to correctly identify the problem.

4. Familiarise yourself with where the mains gas isolation valve is and fit a carbon monoxide alarm.

1. Being without heating and/or hot water
2. Paying more for energy bills
3. Battling winter illnesses e.g. cold and flu
4. Getting up when it’s dark outside
5. Falling on ice
6. Winter Blues – e.g. Seasonal Affective Disorder caused by darker days
7. Burst pipes
8. Constantly feeling cold
9. Worrying about being able to afford the cost of winter energy bills
10. Not being able to repair my boiler and having to purchase a new one
11. Cold hands/feet
12. Not having enough to pay for a significant home emergency over winter – such as replacing a boiler, burst pipes, roof repair
13. Getting snowed in
14. Putting on weight
15. General Christmas Day stress
16. Roof/gutter problems and repairs
17. Not having enough money saved for Christmas
18. The car breaking down
19. My heating not being up to the task of keeping my home warm
20. Doing less exercise
21. Public transport delays
22. Worrying my car will break down
23. Worrying about break-ins
24. Christmas party season
25. Spending more on health and pharmacy products – i.e. cold and flu remedies, vitamins, lip balm