These are the world’s worst airports for flight delays

2019 is expected to set a new record for the number of scheduled air passengers and it’s estimated almost 4.6 billion will fly to their travel destinations this year alone.

However, latest data available reveals which airports around the world have the most and least flight delays.

Those travelling around Europe are the most likely to face flight delays, as six of the worst ten performing airports are located on the continent.

In 2018, an investigation revealed Stansted to be the worst airport in the UK for flight delays. Stansted blamed this on “adverse weather and air traffic control issues”. However, it also comes second globally for the highest number of delays (2.59) in Stasher’s most recent study.

The airport does seem to be taking its negative reputation seriously though and reports reveal it has received a multimillion-pound investment from Ryanair to help deliver significant service improvements to flight punctuality.

Other UK airports included in the study also performed badly, with Manchester Airport in 96th place, Gatwick Airport in 93rd and Heathrow Airport in 65th.

Those travelling to exotic and luxury destinations like Indonesia, the Philippines and Vietnam (which are very popular with honeymooners) are, ironically, also likely to experience flight delays. Completing the bottom five is Brussels Airport (3.46) and Lisbon Airport (3.68).

Soekarno-Hatta International airport in Indonesia (0.00) has the highest number of delayed flights in the world, followed by The Philippines’ Ninoy Aquinto Airport in Manila in third place (3.17) and Tan Son Nhat International Airport in Vietnam in sixth (3.73). 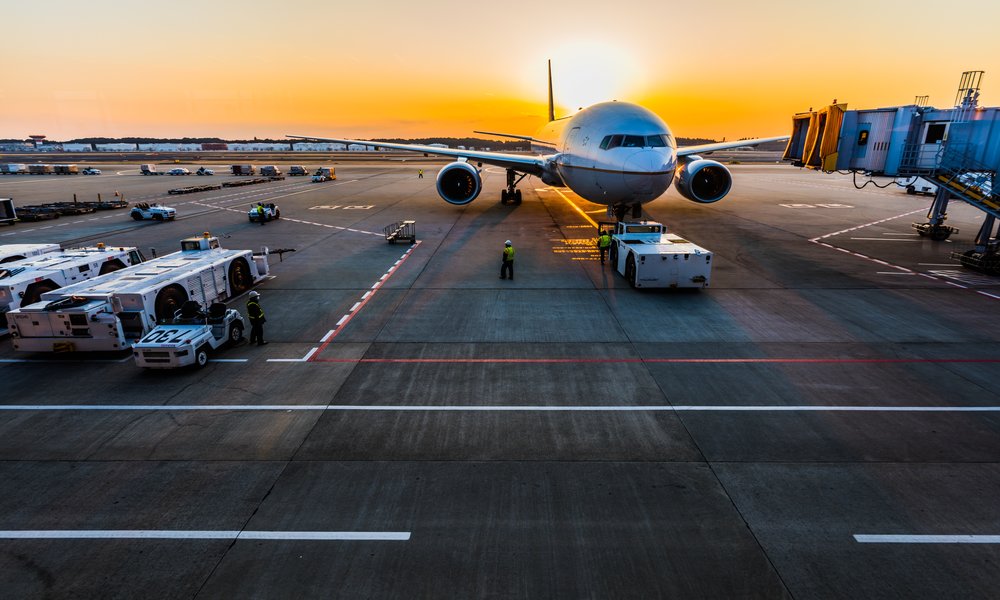 These results could be due to South-East Asia’s growing number of business travellers and tourists and the related infrastructure which has failed to keep up with this surge in demand.

In fact, the Asia-Pacific region is expected to experience 5.5 percent growth in passenger air traffic, compared with an estimated world average of 4.4 percent. Flights in the region are also frequently impacted by unpredictable, adverse weather conditions, especially during local rainy seasons.

Sheremetyevo International Airport in Russia had the fewest number of delays globally. It was the only airport with less than 10 percent of delayed flights over a year. Just 6 percent of flights were delayed for longer than 15 minutes.

It is also ranked as the overall best airport in the world, according to luggage storage firm Stasher’s research, receiving top scores for key categories including affordable parking costs, the number of lounges it offers passengers and airport hotel quality.

Commenting on the findings, Anthony Collias said: “There’s nothing more frustrating than arriving at an airport in good time to find out your flight is delayed.

“Our latest study has produced some fascinating and unexpected results. It’s great to see so many airports with a low flight delay rating, and those who are underperforming, investing money and expanding infrastructure to improve passenger experience.”

Each airport was reviewed on its performance in eight areas including Google reviews, quality of restaurants and food, access to shops, number of lounges, likelihood of a delayed flight, airport hotel quality, distance to city centre and cost of parking.