Tom Daley is ‘helping the nation to get more flexible’

Tom Daley is helping the nation get more flexible this summer: Because the average person now sits down for more than 43 hours a week – that’s the equivalent of 93 days a year!

According to new research, millions around the country are parked on their backsides for six hours and 20 minutes every day and almost half of those polled work in a job where their primary position is sitting down.

Due to home working, they average persona will go n hour and a half without rising from their chairs to stretch their legs, shoulders and backs – although more than a tenth will go twice that long.

On top of this, another three hours is spent sitting down in front of the TV after work.

The study commissioned by Vodafone to launch its flexible mobile offering is leaving more than one in five per cent with aches and strains across their bodies from spending too long sat down and inactive.

To combat the impact of home working, with people often forced to work from the kitchen table, the company has teamed up with Olympian and Double World Champion diver, Tom Daley, and Nuffield Health to deliver FREE online ‘VodaYoga’.

Tom Daley said: “After the pandemic and lockdowns, it’s no surprise Brits are feeling stiff, achy and more inflexible than ever.

“Like many people in the last year, yoga is something I’ve turned to, to unwind, be mindful and help with my flexibility, which is why I’m really pleased to be a part of this campaign.

“In preparation for the upcoming Olympics, we’ve done a lot of yoga to help loosen up our bodies and maintain peak flexibility and increase mobility.

“My favourite poses – which are included in the routine – are basic moves that address tightness in your hip flexors, glutes and hamstrings, such as forward fold and downward dog, which both allow gravity to do a lot of the work for you.”

The study also found more than a quarter of Brits (27 per cent) are suffering more aches and strains than ever before.

A more than a third (34 per cent) don’t stand up and stretch as much as they really should be, while another one in three know they slouch in front of their workstations, rather than sitting up straight and doing their backs a favour.

But four in 10 have also spent more of their free time sitting down than they did pre-pandemic, as there has been little else to do. 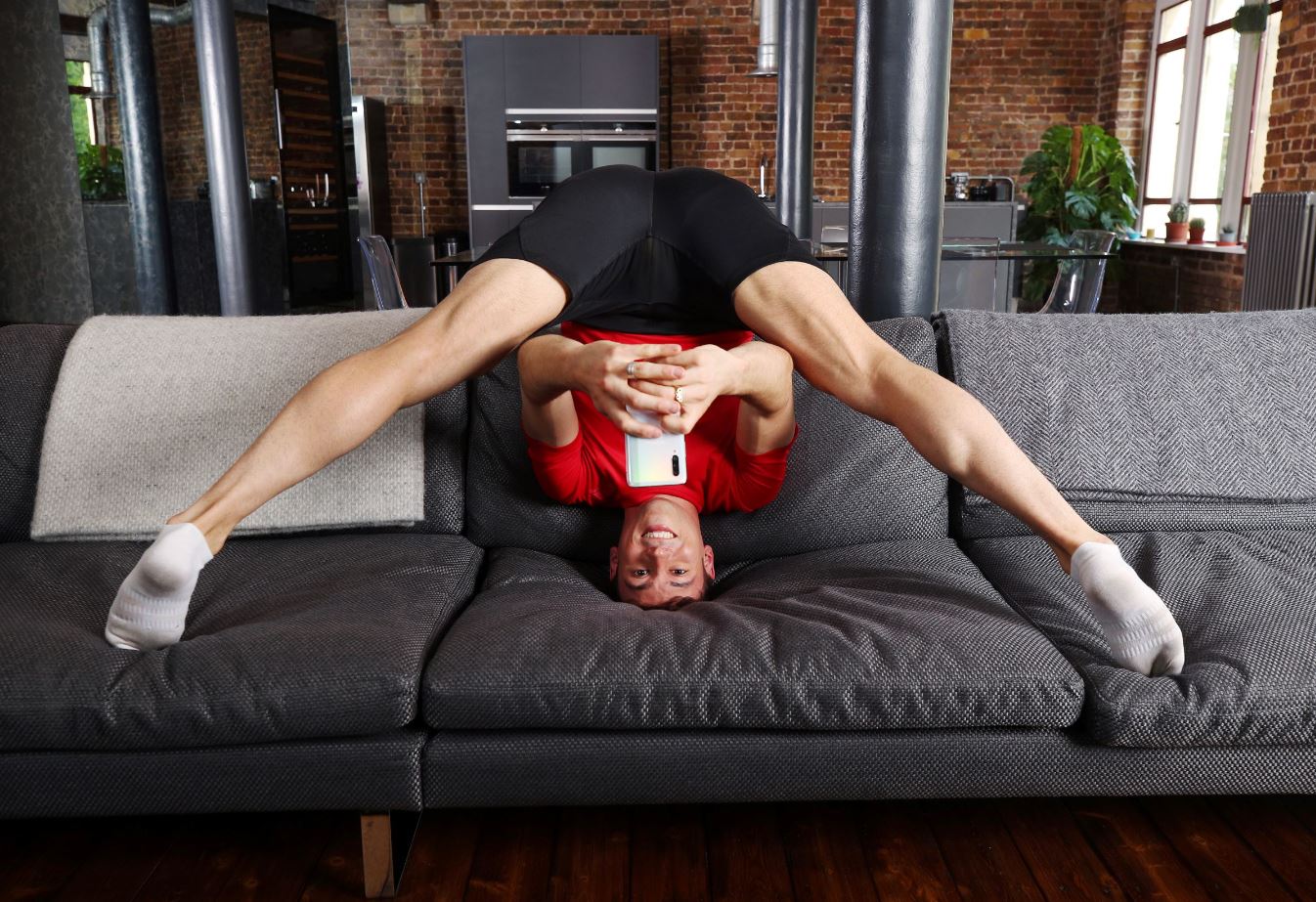 It also emerged 44 per cent of those polled via OnePoll would like to increase their flexibility, as 31 per cent are unable to touch their toes without bending their knees.

But one in six feels apprehensive about returning to gyms or exercise classes.

Sharon Helsby, Senior Physiotherapist Lead at Nuffield Health said: “Classes like yoga are so important, not only for a healthy body but also for mental wellbeing.

“We know that sitting in a sustained position for a long period of time can lead to pain, this has been exasperated over the pandemic when sedentary behaviour increased.

“During the last six months over a third (35 per cent) of people seeking physiotherapy treatment with us have had neck or upper back pain, which comes as no surprise given the trends the research has revealed.

“By far, the best way to combat this is by making regular movement throughout the day.”

The EVO network is all about giving customers the phone you want at the price you choose – giving you the most flexible mobile plans you’ve ever had, at what is a really difficult time for many people given that people have been stuck at home, and home working is set to continue for a lot of us, so it’s vital that we stay fit and flexible.