20 foods that are hard to resist

Chocolates, cheese – and garlic bread are among the foods that we simply can’t resist, even if when we’re full up.

A study found 48 per cent claim of us love eating and find it hard to avoid picking at food when it’s in front of us.

Roast potatoes, pigs in blankets and nuts are also among the nibbles people can’t turn down.

One in three even admitted to stuffing themselves to the point where they’ve felt ill over the festive season.

And 50 per cent have been so enthusiastic at the dinner table they’ve had to undo the top button on their trousers to deal with tummy over-spill.

The study, commissioned by Vitabiotics’ Wellzyme , also revealed that thanks to the Christmas and New Year celebrations, 65 per cent are more likely to overeat in winter.

This is compared to just nine per cent who think they overdo it at summer BBQs and five per cent who enjoy tucking into Easter eggs in spring. 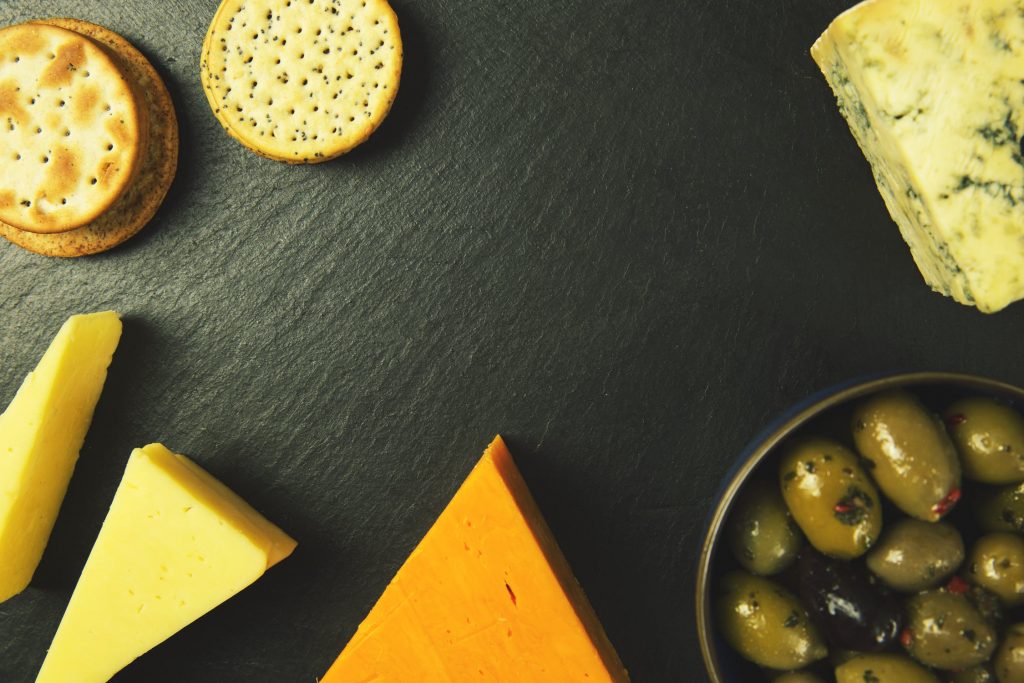 A spokesman said: “The festive period brings levels of indulgence that are rarely rivalled throughout the rest of the year which can prove challenging for the body’s digestive system.

“Many see the food and drink on offer over the Christmas period as one of the best things about the festive season, and will make the most of it at various parties and social events.

“Even people who spend most of the year being more careful about what they eat can find themselves falling victim to the ‘It’s Christmas…’ mentality.

“This can easily lead to overeating and drinking on rich, sugary or fatty foods, which our bodies can have a hard time processing.”

The study also found 48 per cent admit to feeling tired as a result of overeating, while three quarters struggle with the dreaded ‘bloat’.

A little under 50 per cent have also experienced something they describe as an ‘eating hangover’ after overextending themselves at a meal.

Nearly one in 10 have even felt the effects of their overeating overnight, not feeling right again until the next day.

And three in 10 have been so full up they’ve ended up going to bed early, while another 52 per cent have disappeared to have a nap to let their food settle.

It also emerged nearly six in 10 find it impossible not to pick at leftovers over the Christmas period, even when they’re not hungry.

As a result, four in 10 of those polled agree their gut health takes a beating during the festive period, thanks to all the food and drink they consume.

But the same number are happy with the trade-off, confessing that food and drink is one of the best bits about Christmas and New Year.

Each December, the average person will tuck into three Christmas dinners, as well as seven mince pies, 56 pieces of chocolate and various alcoholic drinks.

THE FOODS THAT ARE THE HARDEST TO RESIST, EVEN WHEN WE’RE FULL: