Are these the most draining things of modern life? Terrible weather, family arguments – and the ongoing Brexit saga are among the things wearing the nation down.

One in four get exhausted trying to juggle their finances, and 31 per cent can’t drag themselves out of bed when it’s freezing cold outside.

And a fifth feel tired just at the thought of beginning their Christmas shopping.

Traffic jams, bad WiFi and having to repeat things over and over again to your children also featured on the list of draining things in modern life.

The study, by Healthspan, also found nearly two thirds of British people think the current news agenda around Brexit and politics is making them feel drained.

This ends up wearing them down so much, 32 per cent avoid watching the news altogether, fearing it will sap their energy.

Almost three in 10 feel so worn out, they suspect they suffer from Seasonal Affective Disorder (SAD), with just under two thirds feeling lower on energy during the winter months.

In fact, nearly half of adults claim they are drained ‘all the time’ from December onwards.

Dr Meg Arroll a psychologist, said: “SAD is due to the lack of natural light in winter, which can play havoc with our innate sleep-wake cycle (the circadian rhythm), leading to poor quality sleep, fatigue and daytime sleepiness.

“This study shows what a big problem this can be for Brits as the rates are notably higher here than previous reports.

“This may be because there are now so many factors in modern life that is draining us of energy.

“Reconnecting with old friends and using the long winter days to declutter the mind will supercharge your vitality.

“Also, by changing your mindset and thinking of winter as a wonderful time to try a few things you wouldn’t normally do, you’ll be able to nourish your mental well-being, boosting energy and mood.” 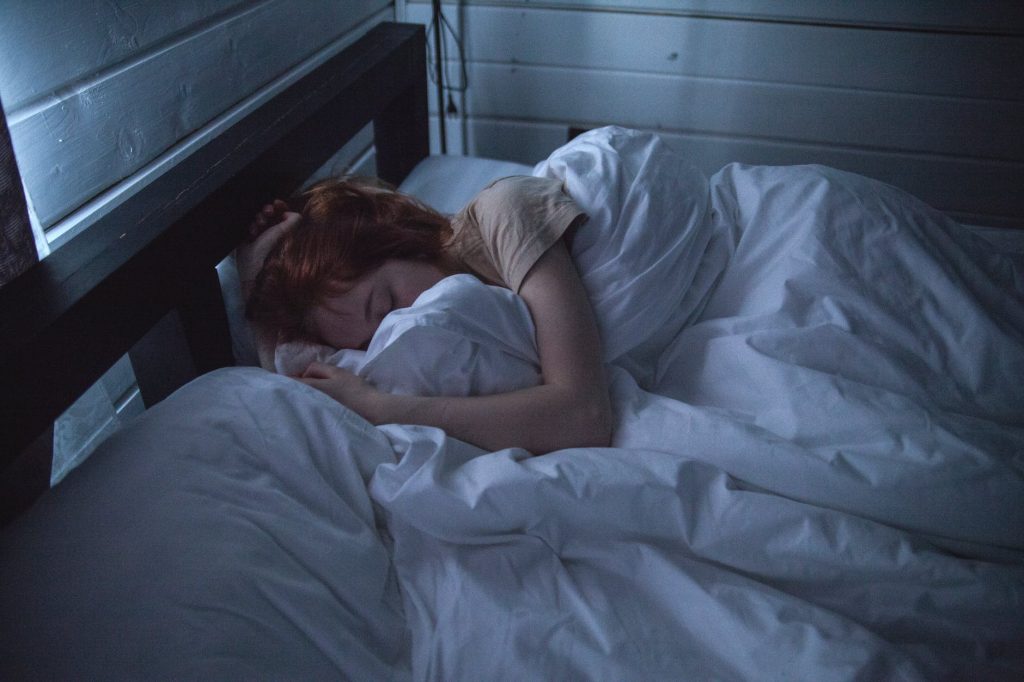 The study also found three in 10 adults feel less like themselves over winter, and a worried one in five believe their tiredness and lack of energy affects their personal relationships.

A fifth have made an error at work due to feeling so low on energy, while 16 per cent have called in sick.

Around one in three have also ended up giving in to cravings and tucked into an unhealthy meal rather than making something more nutritious because of their tiredness.

And 17 per cent have decided not to go to the gym or do any exercise when their energy levels were too low.

But to try and give themselves a boost, 43 per cent of those polled, via OnePoll, drink more water and 37 per cent bring bedtime forward to get more rest.

Dr Sarah Brewer, medical director at Healthspan, said: “Two thirds said they have lower energy levels in winter and 45 per cent said they felt drained pretty much all winter.

“With the clocks going back and nights drawing in, many people’s reserves of vitamin D post-summer are at an all-time low.

“What is worrying is even though there are government recommendations in place advising people to supplement with vitamin D during the winter months nearly half claimed they still don’t bother to take it.

“The National Diet and Nutrition Survey (NDNS) shows that more than 40 per cent of Brits are lacking this nutrient during the winter and low levels can contribute to tiredness and fatigue.”

1. Use the long evenings to speak to an old friend – this will re-engage rusty mental synapses to make you feel a bright spark on dark days.

2. Use the cold as a mental ice blast – in the winter we live in over-heated rooms that can cause daytime sleepiness so wrap-up and take a brisk walk in the cold air. You’ll feel invigorated and ready to power through the rest of the day.

3. Think variety – just as eating a range of foods helps to support our physical and gut health, stimulating the mind with diverse mental ‘nourishment’ will build strong mental stamina. An easy way to do this is to read a type of literature or material that you may not normally seek-out – if you’re a romance fan, try a crime thriller; if you like to read the financial pages why not reach for a sci-fi book? The mind needs variety so feed it well this winter.

4. Marie Kondo your mind this before and after Christmas – just like our attics, our minds can be full of clutter. Therefore, if you tend to have recurrent thoughts that niggle, write these down. Decluttering your mental space will give you more energy as it releases capacity for more creative and fulfilling thoughts which can become muffled over time, especially during the busy festive period.

5. Get as much natural light as you can – our circadian rhythms are controlled by daylight, so we need to be mindful of this in winter. Even if it seems a bit grey outside, do try to spend at least half an hour outdoors, in the mornings if possible, to regulate serotonin and melatonin.

1. Endlessly terrible weather
2. Brexit
3. The flu
4. Traffic jams
5. The state of British politics
6. Having to get out of bed when it’s freezing
7. A hangover
8. A tedious or long drive
9. Arguing with family members or partners
10. Making small talk with people you can’t stand
11. Staff who don’t pull their weight
12. Money or housing worries
13. Delayed flights
14. Housework and domestic chores
15. Bad WiFi
16. Going to work when it’s dark and leaving work when it’s dark during winter
17. The news in general
18. Juggling finances
19. When the self-checkout says ‘assistance is on the way’ every five seconds and no one comes to help
20. Having to repeat things to people or your children over and over again
21. Train delays
22. Eating too much junk food
23. The thought of starting your Christmas shopping
24. The thought of another General Election
25. Friends cancelling on plans which were organised ages ago
26. Thinking about the state of the planet/climate crisis
27. Celebrity gossip
28. Your commute
29. Building work
30. Clothes shopping
31. Social media
32. Dieting
33. When your bank or credit card gets declined for no reason
34. The state of the economy
35. Wearing heels
36. Having to deal with your ex-partner
37. Going to the gym/exercising
38. Hosting a dinner party/BBQ/family function
39. People talking about the weather
40. Watching complicated movies/box sets