Try Out The French Cuisine At Bistrot Pierre In Altrincham- But Don’t Worry, There Isn’t A Frog’s Leg In Sight!

As part of Altrincham’s regeneration and their growing food and drink scene, French restaurant, Bistrot Pierre, opened their doors on the high street back in 2016. One year later, and the 17th restaurant in the chain is bustling with customers on a Thursday evening…

We were welcomed into the restaurant and opted to go for the ‘Pre Theatre’ two-course menu. This is a fantastic offer and enables customers to choose any two courses for £14.95 before 6.45pm on Monday to Saturday, or 7pm on Sundays. The ‘Pre Theatre’ menu isn’t limited either, with plenty of French foods to choose from, but don’t worry, there isn’t a frog’s leg or snail in sight!

For starters, we chose the ‘Brioche et champignons,’ which consisted of a fluffy brioche bun topped generously with mushrooms with the optional addition of bacon, which we would definitely recommend! We also chose ‘Ravioli au fromage’- Ricotta and basil ravioli with roasted garlic butter and shavings of Le Saint Mont des Alpes cheese, but if you opt for this please note to check if this dish contains nuts… Having a nut allergy myself it did appear that the Ravioli had nuts sprinkled on top, just one to bear in mind.

One notably nice welcoming was that we weren’t left hungry before our starters. At every Bistrot Pierre, guests are offered freshly baked crusty French baguettes, served sliced with butter. 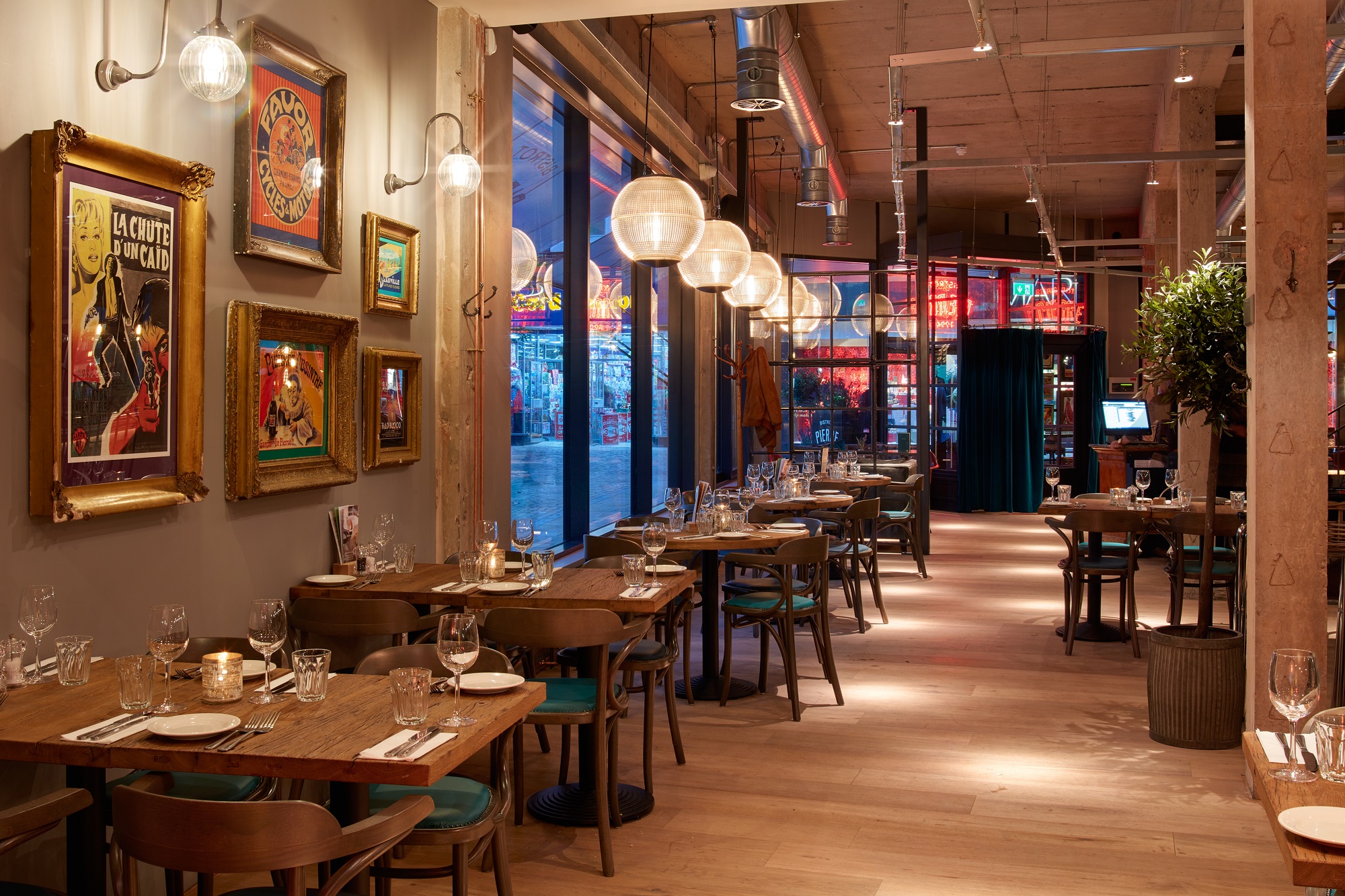 The Interior of the Althrincham Restaurant

The mains were however a little less impressive, as we chose the ‘Porc sauce Béarnaise’- slow cooked pork with Béarnaise sauce and crispy bacon, and ‘Morue gratinée’- a baked fillet of cod with a lemon, herb and garlic crust, sautéed green beans, sun-blushed tomatoes and basil.

The topping of the Pork béarnaise sauce teamed with the bacon was an excellent combination and there was a generous portion of pork, however it did seem a little fatty. Additionally, the cod was also tasty but a little under whelming from how it was described on the menu.

Despite this, the restaurant had generously filled us, treated us with fantastic service and gave us a taste of French cuisine through their décor and food.