We Stood Together for One Love Manchester 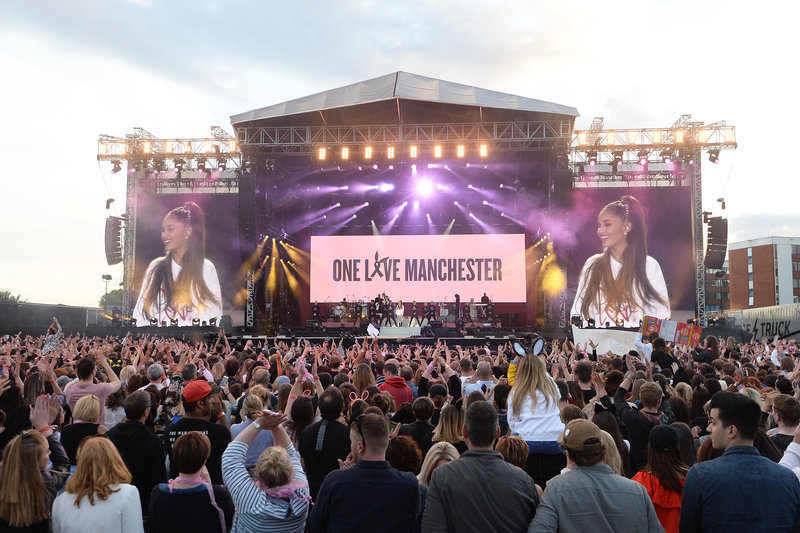 Last night, Sunday 4th June saw pop star Ariana Grande return to the city of Manchester for her One Love concert just 13 days after the attack at her show at Manchester Arena.  The attack on the 22nd of May claimed 22 lives of concert goers and injured 116.

The One Love concert invited the audience of the original show to attend for free, alongside anyone who wished to come and show their support. Grande also ensured that councillors where present onsite for anyone affected by their attack. Similarly, security and the Police were out in force to look after the concert goers.

Spirits were high as the crowds cued for the show and a clear sense of pride and resilience was amongst everyone who attended. Rich Short, student said, “The message of tonight is clear: we are strong and we are together”. 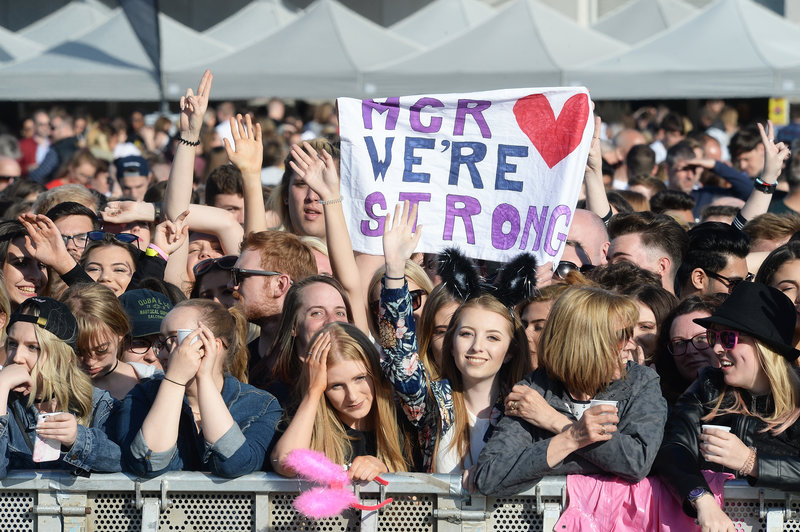 The atmosphere was extremely emotional throughout the concert as the City of Manchester stood together in honour of not only the attacks in the city but those even more recently in London on Saturday 3rd June.

The show opened with acts such as Marcus Mumford, Take That, Robbie Williams, Pharrel and Miley Cyrus, who gave an impression of love and true compassion to the cause of the show, she also returned later in the show to duet ‘Don’t Dream it’s Over’ with Ariana Grande, one of which they had performed in 2013 also.

A particularly poignant introductory speech was that given by Grande’s manager, Scooter Braun who implied that Grande got in touch with him saying “If we do nothing I can’t live with that, we must do something”. He then went on to describe her as “One of the bravest people I know”. 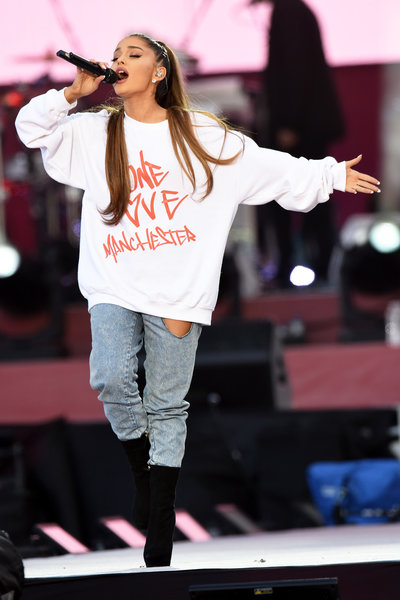 Ariana Grande opened with her song and original opening to her Dangerous Women Tour “Be Alright”. she maintained a strong image throughout the performance and those that followed with the odd tear being shed in between.

A touching performance was given when Grande was joined on stage by The Black Eyed Peas to sing their hit ‘Where is the Love’. The crowds took to this performance immediately and was one which was sung by the concert goers as they exited the grounds alongside Oasis’s ‘Don’t Look Back in Anger’ which the band Coldplay covered in the show. 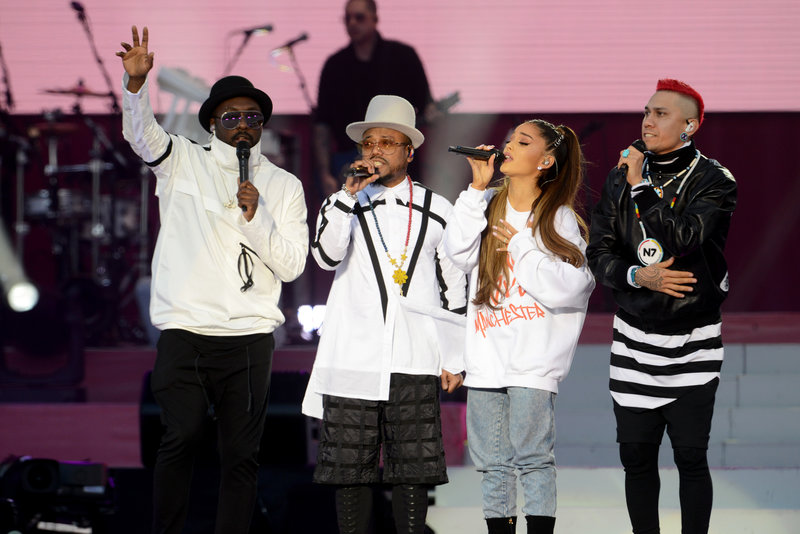 Another moving performance was by the Parrs Wood High School choir who sung ‘My Everything’ alongside songwriter Ariana Grande. This made for an emotional performance as the young choir came to tears and Grande supported them.

Other distinct performances were given my Justin Bieber, Coldplay and, Liam Gallagher who in fact boosted the Northern spirit generously singing the famous track ‘Live Forever’. Also, Gallagher notably took to Twitter after the show to say, “Manchester I’d like to apologise for my brothers’ absence last night very disappointed stay beautiful stay safe LG x”. 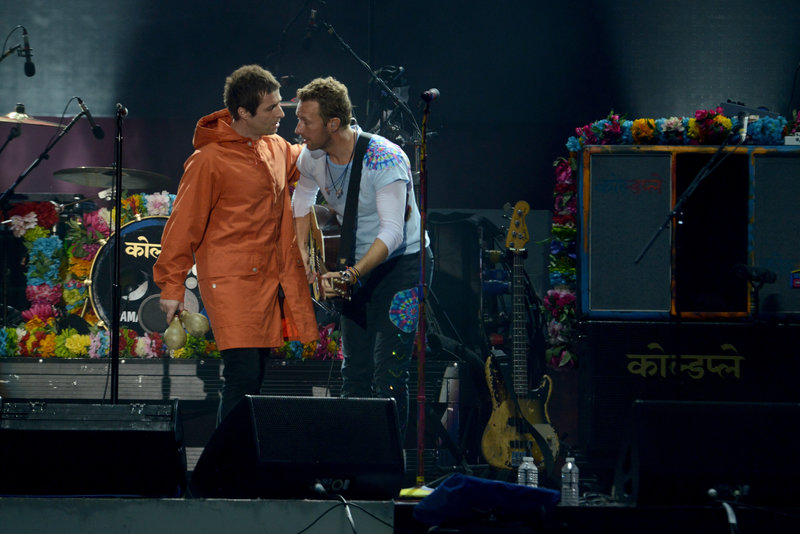 Overall the concert was special and will not be forgotten. It displayed pure British bravery and pride.

As an individual who attended Ariana Grande’s concert on the 22nd May, this environment gave me personally a sense of closure to the horrific events which took place that night.

The uplifting spirit of all the performers, ticket holders and staff allowed for an enjoyable evening which stands as the opposite to the night of the 22nd.

I speak on behalf of everyone last night in saying thank you to all those involved in putting together such and evening which made all evil seem irrelevant and proved love to conquer all. 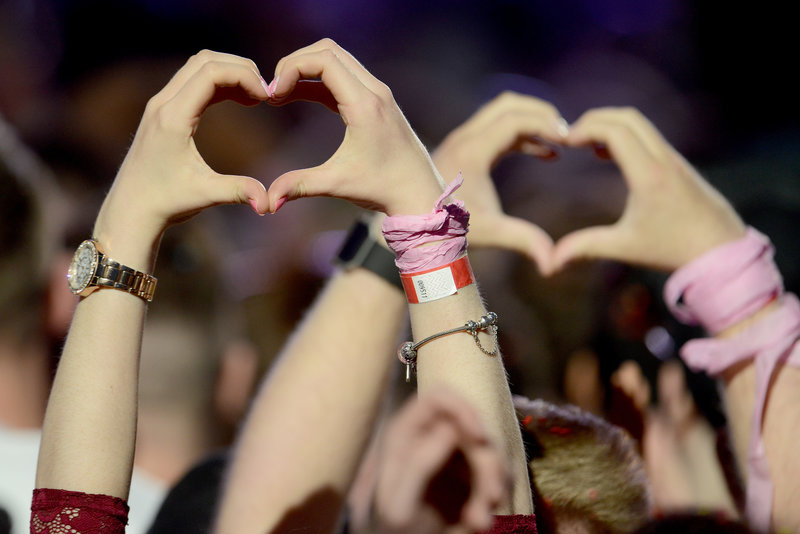 Ariana Grande’s concluding performances of ‘One Last Time’ and ‘Somewhere over the Rainbow’ will leave a long-lasting memory in the minds of all those who watched the One Love concert last night as we remember all those we have lost to the evil in the world. 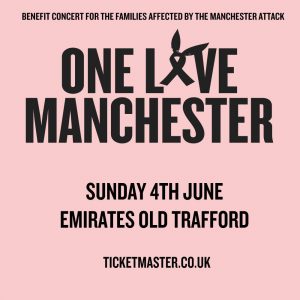 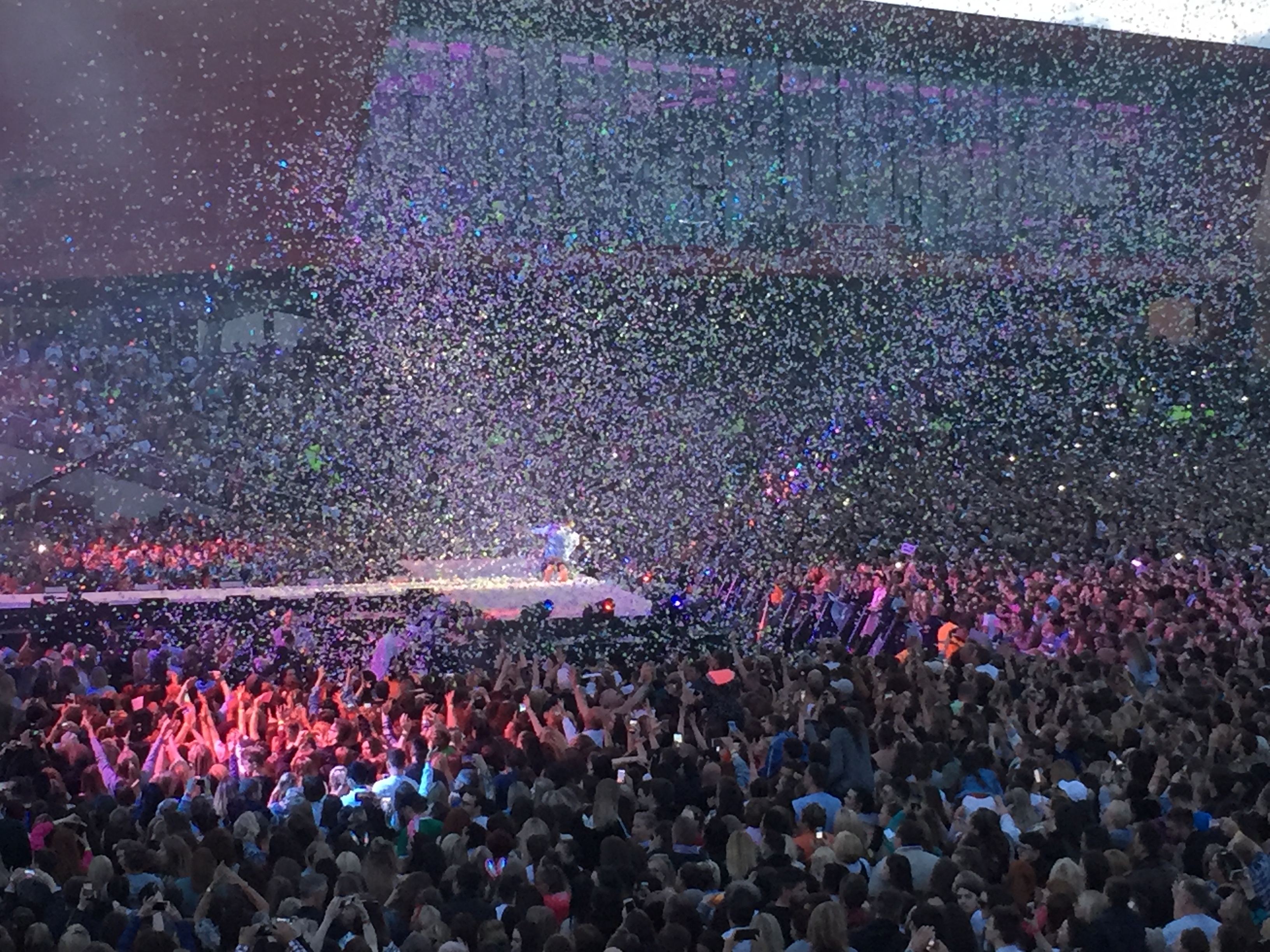 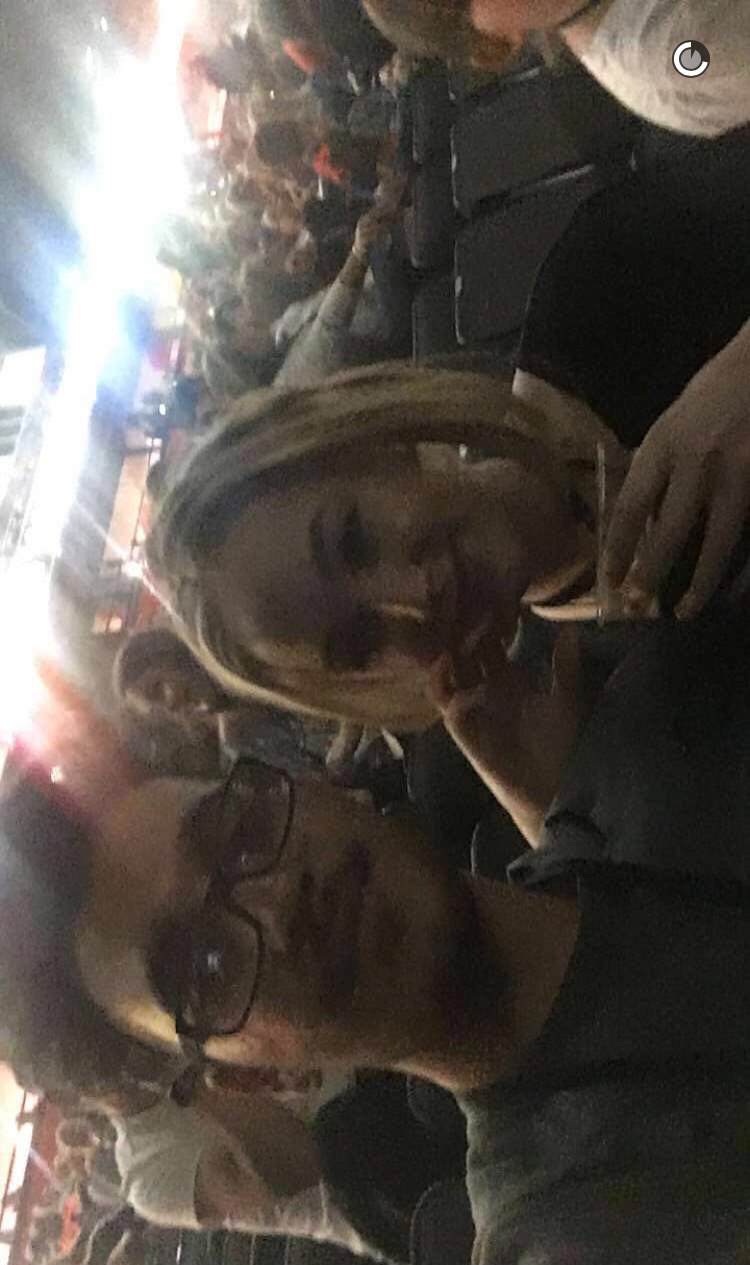 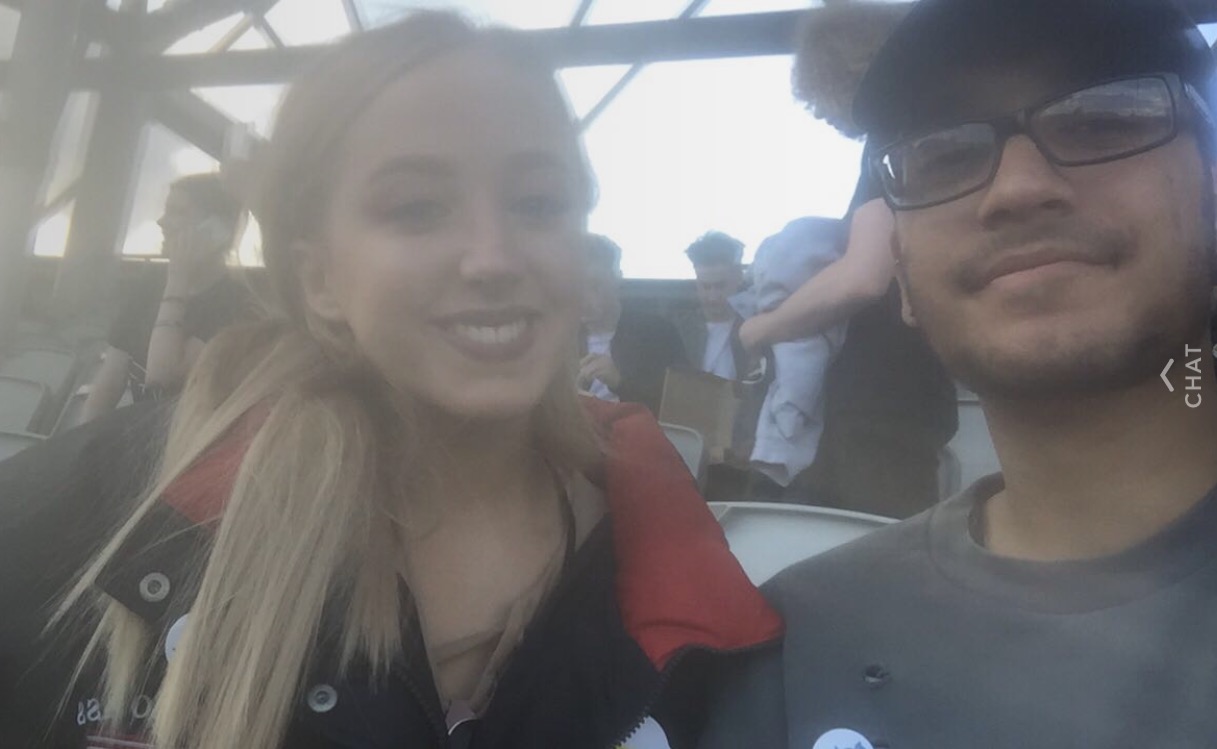 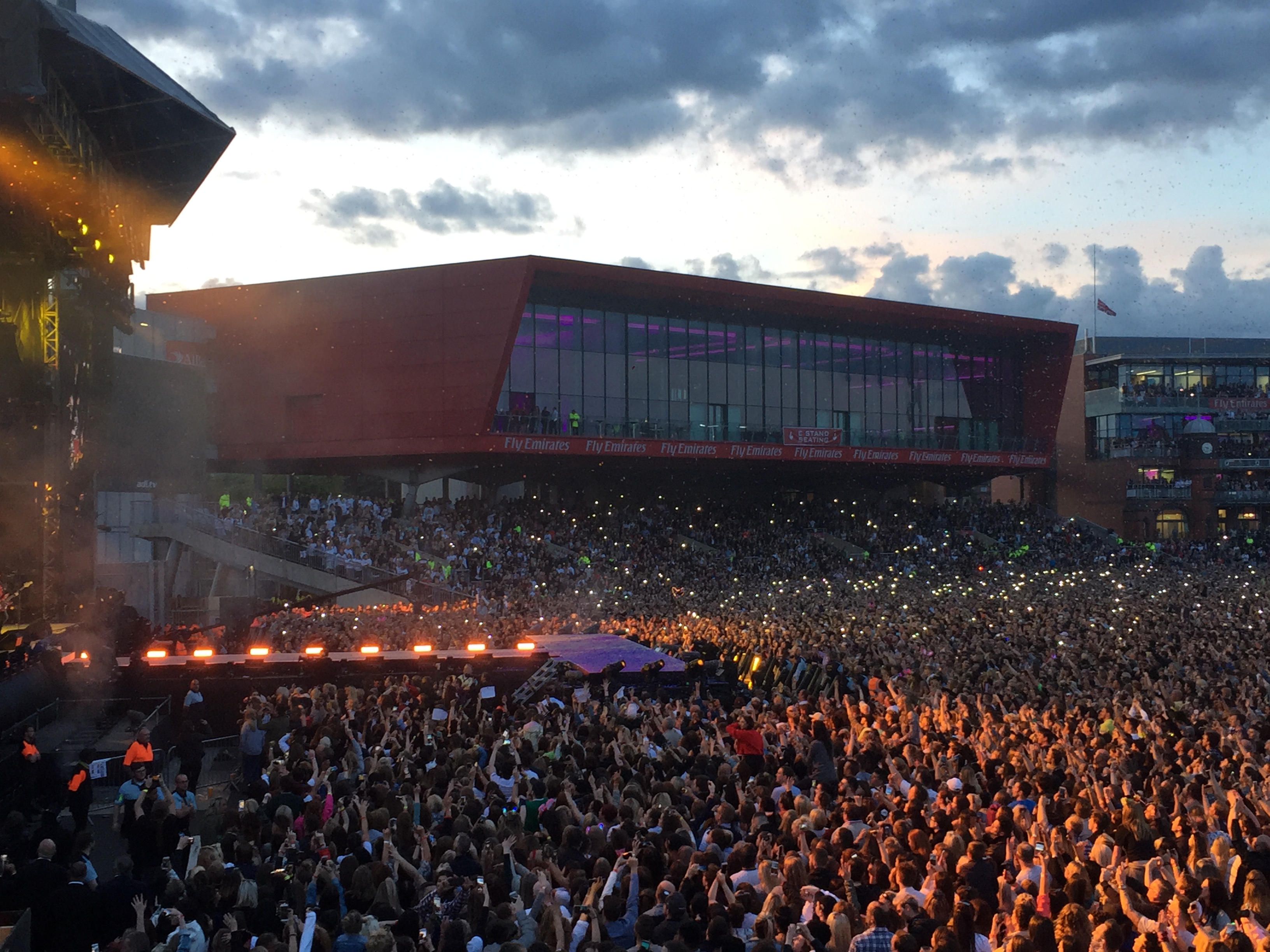 You can donate to One Love Manchester HERE

Or, you can donate to the We Love Manchester Emergency fund HERE

Or, you can give to the British Red Cross HERE