What the fonk – E.M.A chats with superstar DJ DANNIC in China 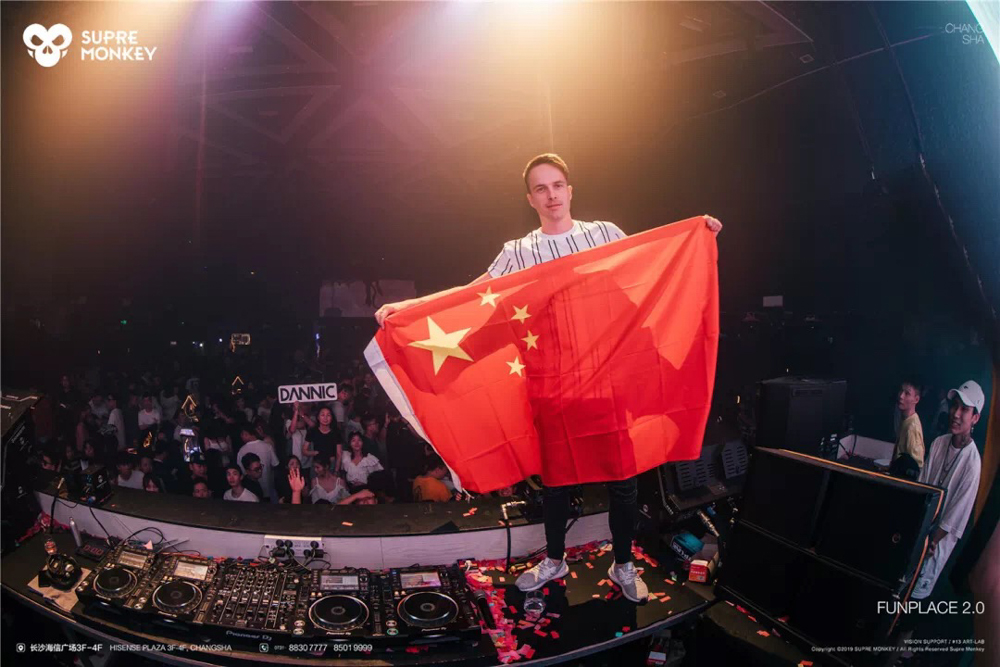 Described by Hardwell as: “a technically gifted DJ, Dannic’s mixing and selection skills are second to none, he’s one of the best up and coming producers in the scene.”

Dutch DJ Daan Romers, known by his stage name as Dannic, started his career at the tender age of 17 years old playing in a bar in his hometown of Breda, which is also famous for being the hometown of Tiesto and Hardwell.

Dannic has been an internationally recognised artist within the DJ Mag Top 100 DJs poll. His Beatport chart toppers have been played by the likes of David Guetta, Axwell & Ingrosso, Hardwell, Tiësto, Laidback Luke, Fedde Le Grand, and many more.

He supported Hardwell on the ‘I Am Hardwell’ world tour across 34 shows, with over half a million fans attending, has also graced the main stages at major electronic music festivals including EDC Las Vegas, Tomorrowland, Sunburn India, Dance Valley plus many more.

And it just so happens that a couple of weeks ago Dannic was playing in Changsha, the city I’m living in right now, at one of China’s most famous night clubs, Supre Monkey.

Unfortunately, I couldn’t make his gig as I was DJing myself that evening, but I manage to hook up with Dannic in the afternoon for a chat over a cup of tea before his gym sesh (well actually I was on the mojitos). Here’s what I found out about the Dutch DJ… 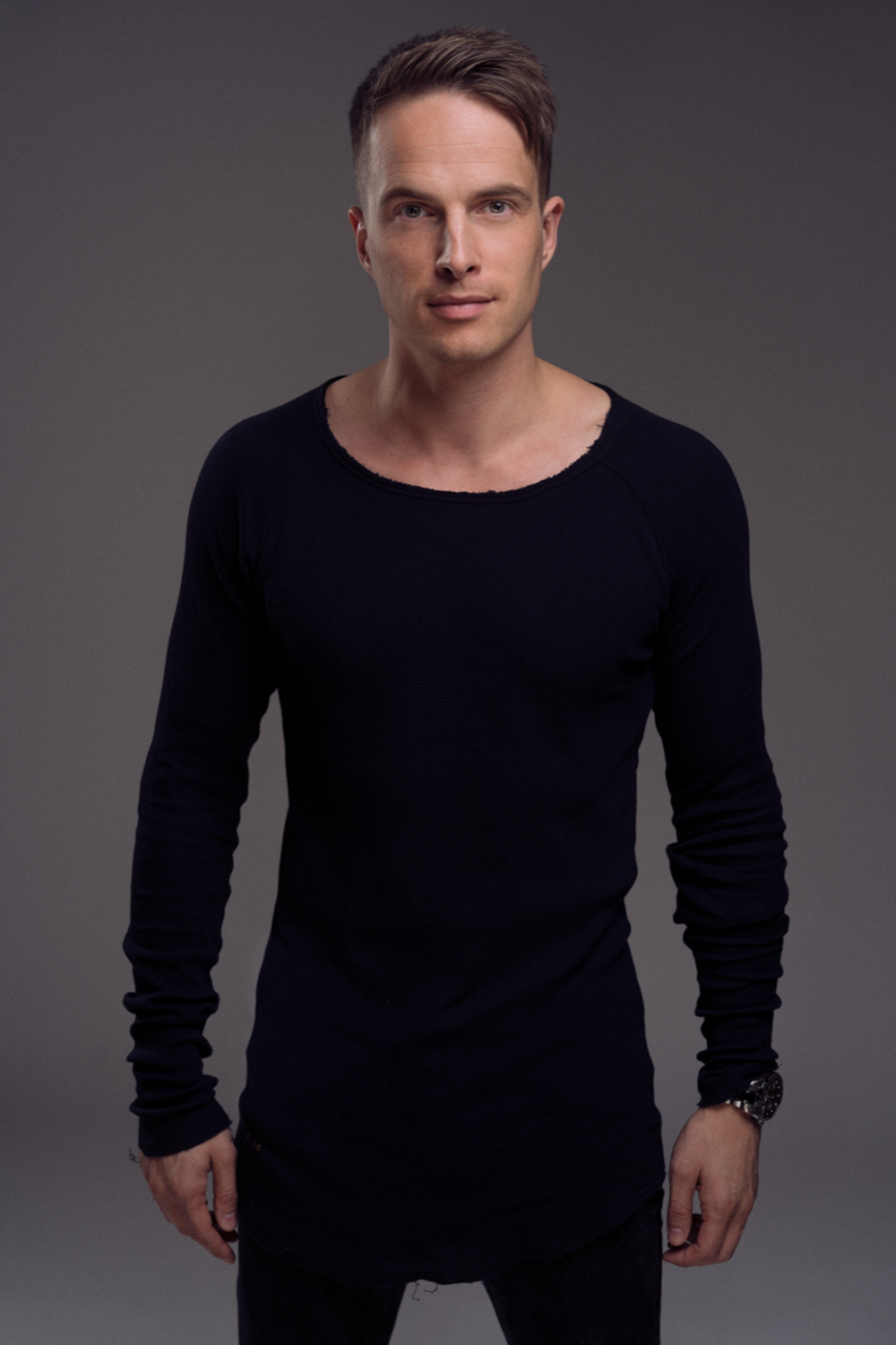 E.M.A: Cheers for taking time out this afternoon to chat with me, have you been to Changsha before?

DANNIC: Ya this is my third time, I love it here, China’s catching up really fast, and they party every night of the week!

E.M.A: So, I was looking forward to seeing you DJ tonight but your set clashed with mine, I’m absolutely gutted as I’ve never seen you play live. Do you have any crazy moves you do on stage like Steve Aoki throwing a cake or Fishers flick of the wrist?

DANNIC: Ha-ha! No not really, I mean I sometimes jump up on the booth but I’m mostly just there getting stuck into the music.

E.M.A: Your current DJ name is Dannic, but I also know you’ve gone by other names such as DJ Funkadelic and Brainless! WHY didn’t you keep the name Brainless?

DANNIC: Ha-ha! It’s funny right! It was my name when I was DJing with a friend at school parties, we would mix Spice Girls into house beats, it was a no brainer and the most fun I ever had DJing was with that friend. We were just being brainless and making stupid music, then people started to pick up on us and played our tracks, then Hardwell wanted to release them, we were blown away! 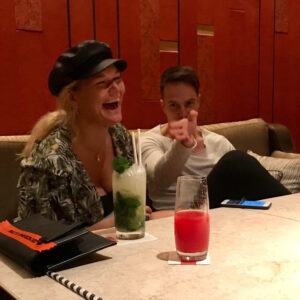 But in the end I just wanted to do my own stuff under the name of Funkadelic, but the more successful and serious it all got I had to change that name for legal reasons as it was a 70s’ funk band from the US, so that’s how I got to Dannic.

DANNIC: I don’t really focus on the rankings but thank you very much.

E.M.A: Can you remember the day when you realised you’d gone from being just a regular guy DJing in your local club and making music in your bedroom to then being a worldwide superstar DJ?

DANNIC: It didn’t go from zero to a hundred in 10 seconds, it took a good few years, but one of the main things that happen was I won a DJ competition in my home town of Breda which gave me a gig to play to 10,000 people, and that’s when I was like: ‘ OK I have a day job and I make and play music on the side but now this is what I really want to do’!

Hardwell is one of my best friends, he was really supportive and said you should stop your day job and come on tour with me!

It’s a big risk because you don’t know if you’re going to make it, but in the end, it paid off and I had more time to focus on my music and it’s all turned out well!

E.M.A: I was just going to come onto Hardwell, you seem to have worked a lot with him and I saw he said,  “When I see one of Dannic’s new tracks land in my inbox I can barely contain my excitement”, have you been friends since school days?

DANNIC: No, we met in a bar drinking beer and had the same passion in music, we just connected really well. He started sending me ideas for music, at the time I wasn’t really producing I was just making edits, but I had loads of ideas, so he taught me how to make my own tracks, it was so great to learn from him. 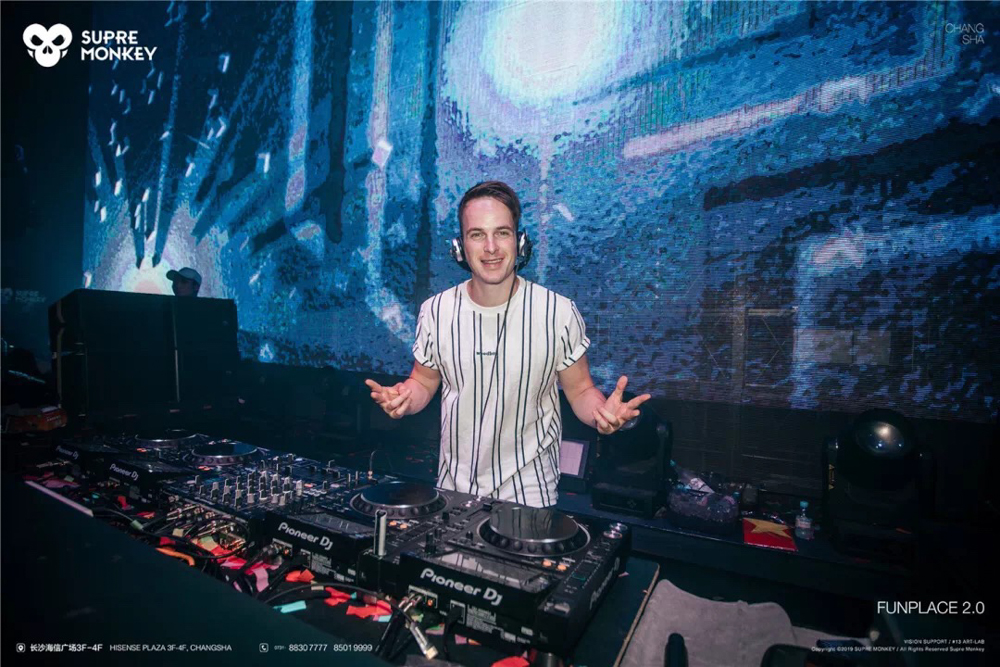 E.M.A: You’ve also got the opportunity to work with one of your hero’s Fedde Le Grand and I love the track you guys produced together; ‘Coco’s Miracle’. How did this come about working with Fedde and was he everything you expected?

DANNIC: Yes this was special, obviously it’s a well-known vocal that we used, Suzanne who’s on vocals sent them to my publisher and said I want to do something with Dannic, and I thought if I want to make a track with Fedde this is the right one, and he was like ya man let’s do it!

We got in the studio together and made the first version in two hours, Suzanne was really happy with it and it was just amazing to be sat in the studio with someone who you’ve looked up to your whole career. He’s the most down to earth chilled guy I know. I only spoke to him a couple of days ago on the phone actually, we’ve got some big things coming!

E.M.A: Exciting! I’m guessing back home you have a pretty big studio that you produce in, but what’s your set up when you’re travelling?

DANNIC: Laptop with Logic Pro and a pair of headphones, obviously with noise cancelling. I had to get used to making music on the go and being in a different environments all the time like hotel rooms, airplanes etc as I was always a bedroom producer, but it was just a matter of time before it was sounding good and sometimes now I’ll make something that day and play it out that night, cause I have to test it right!

It gives me much more creative freedom, and I can work way faster, nowadays every tune I make starts off on the laptop and then I’ll finish it in the studio back home; mixing and mastering everything properly.

E.M.A: You have a signature FONK sound, for the VIVA readers who may not of heard your music describe this FONK sound! 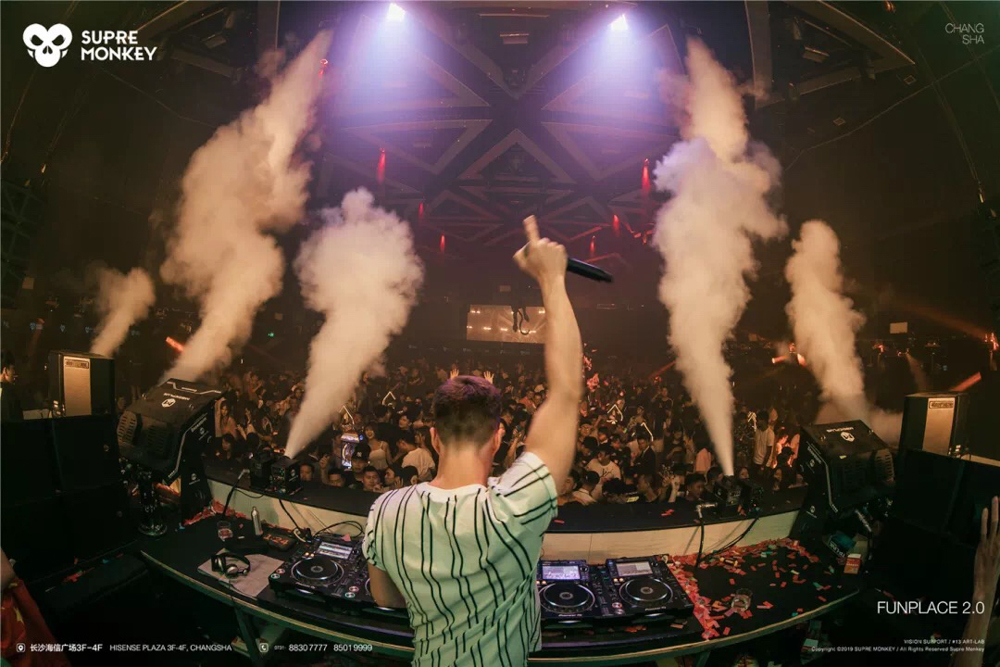 E.M.A: You have a record label called FONK Recordings what advice would you give to music producers starting out and trying to get their music on an established record label likes yours?

DANNIC: I think it’s really important to make music that comes from your heart that you really love rather than following the trend, so then you’re not making different stuff all the time, for instance some guys send me tracks which are trap and then progressive, there’s no style, stay true to yourself then eventually you will come up with something unique.

But also get inspired by listening to others music then grab what you like and make it your own!

It all comes down to scarifies and spending a lot of time producing, out of 200 tracks I make only, 20 will get released.

E.M.A: You’re from Breda in the Neverlands, I’ve never been but it looks really beautiful. What do you like doing in your spare time back home?

E.M.A: If you weren’t a superstar DJ what do you think your job would be right now?

DANNIC: I used to be a marketing manager for a company that sells LEDs, so I think I would be working in marketing somewhere. I still use my marketing skills for my DJ life, as it’s a business now, it’s not just me DJing and making music it involves promotion and marketing too. 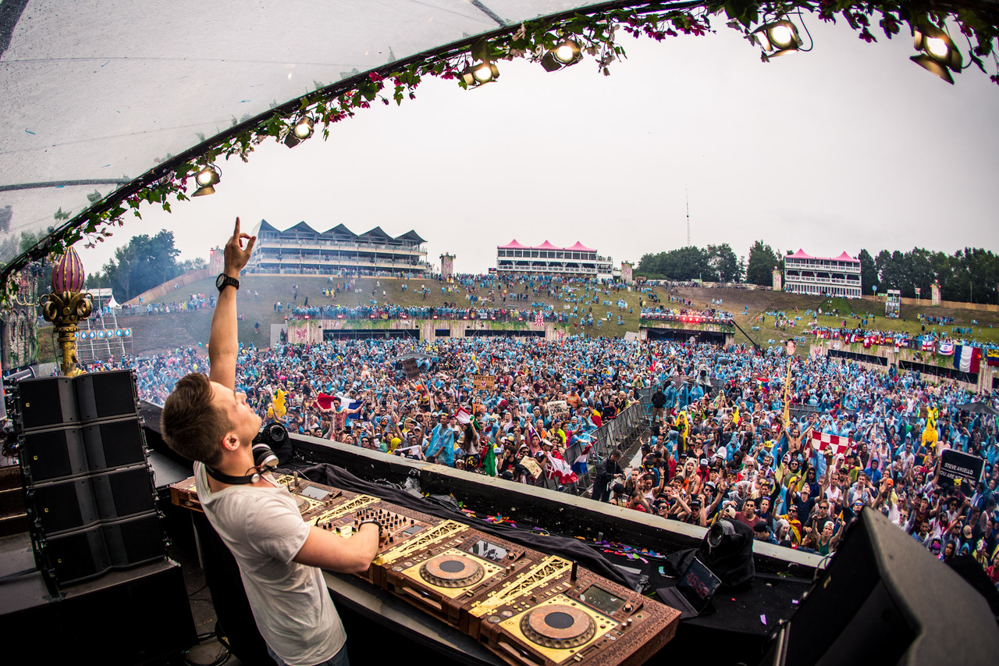 E.M.A: I watch quite a bit of Tomorrowland online this year, it’s a dream of mine to play that main stage it looks like an incredible atmosphere, have you played it?

E.M.A: But some of the DJ’s playing on the main stage were doing such bizarre things; Salvatore Ganacci was pretending to be asleep halfway through his set, Timmy Trumpet brought out a guy dressed up as an alien singing in an alien high pitch voice. What’s the most bizarre thing you’ve ever seen a DJ do?

DANNIC: I’ve seen a lot of crazy things happen on stage one guy was literally pulling down his pants, but these guys are all entertainers, and it works really well for a certain crowd and you either hate it or you love it!

Some people say there’s so many hard-working bedroom producers and DJs who put a lot of time in, then these clowns comes along playing main stage! But Salvatore Ganacci is actually a great guy and he just makes fun of himself, and at the end of the day it’s all great marketing.

E.M.A: Last question can you give me a bit of a Dannic exclusive?

DANNIC: At the moment I’m focusing more on solo stuff making tones of new tracks but another collaboration with Fedde Le Grand is on the way to follow on from Coco’s Miracle. And I’ve got lots of touring, so I hope to see some of you at the gigs!