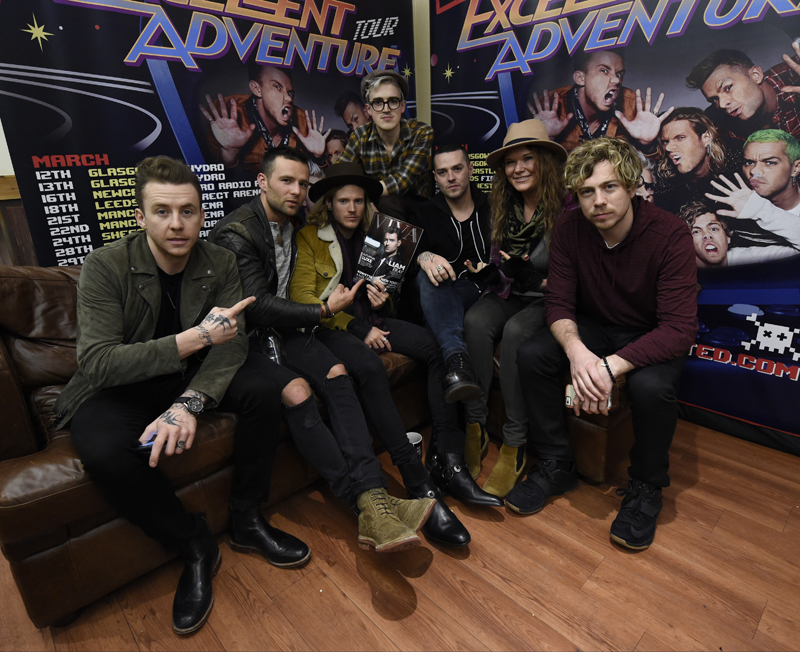 With the excitement of 2014’s most incredible, jaw-dropping arena tour still ringing in fans’ ears nationwide and almost exactly one year on from their formation, McBusted announced their return to the live stage in spring and we sent VIVA Ems down to Manchester Arena for a chat with the boys…

It’s Tuesday evening and my last work mission for the day is to interview McBusted at the Manchester Arena. Pretty good last work assignment but after waiting over an hour for the cheeky chaps to arrive, “Ya no worries about being late lads, I didn’t  want to get home to chill and watch Big Brother or nothing.” Tom, Matt, Harry, Dougie, (who was wearing a very stylish hat bit like the one he wore in the jungle) James and Danny came over one by one and introduced themselves.

I will admit now I was more of a Busted fan growing up than a McFly fan and gutted that Charlie Simpson hadn’t joined the McBusted madness but I was still excited to meet them all.

The interview didn’t start out according to plan as the boys actually started interviewing me about VIVA Magazine, how much it cost, who was our biggest paying advertiser, where could they pick it up, are you putting us on the front cover? ‘Right enough of me and VIVA Magazine lads, I’m suppose to be interviewing you! After a bit more banter I finally get a word in edgeways…

READ THE INTERVIEW IN FULL IN OUR NEW EDITION OF THE MAGAZINE: 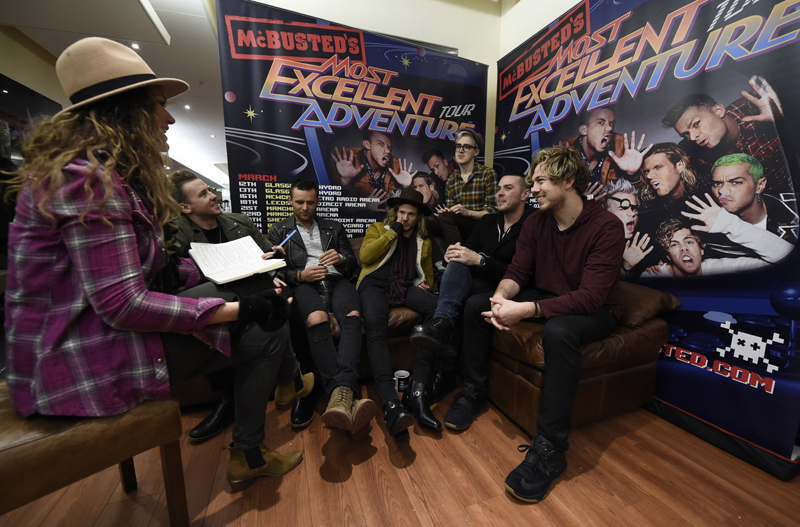 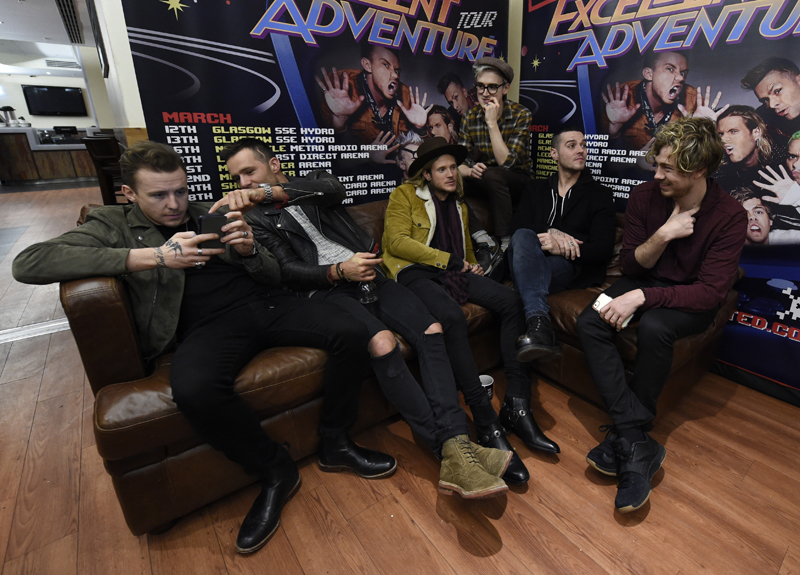 The McBusted Tour will be coming to the Manchester Arena on March 21st and 22nd. Click HERE to win tickets!