VIVA Investigates why Corrie’s Sinead Tinker is on the run… 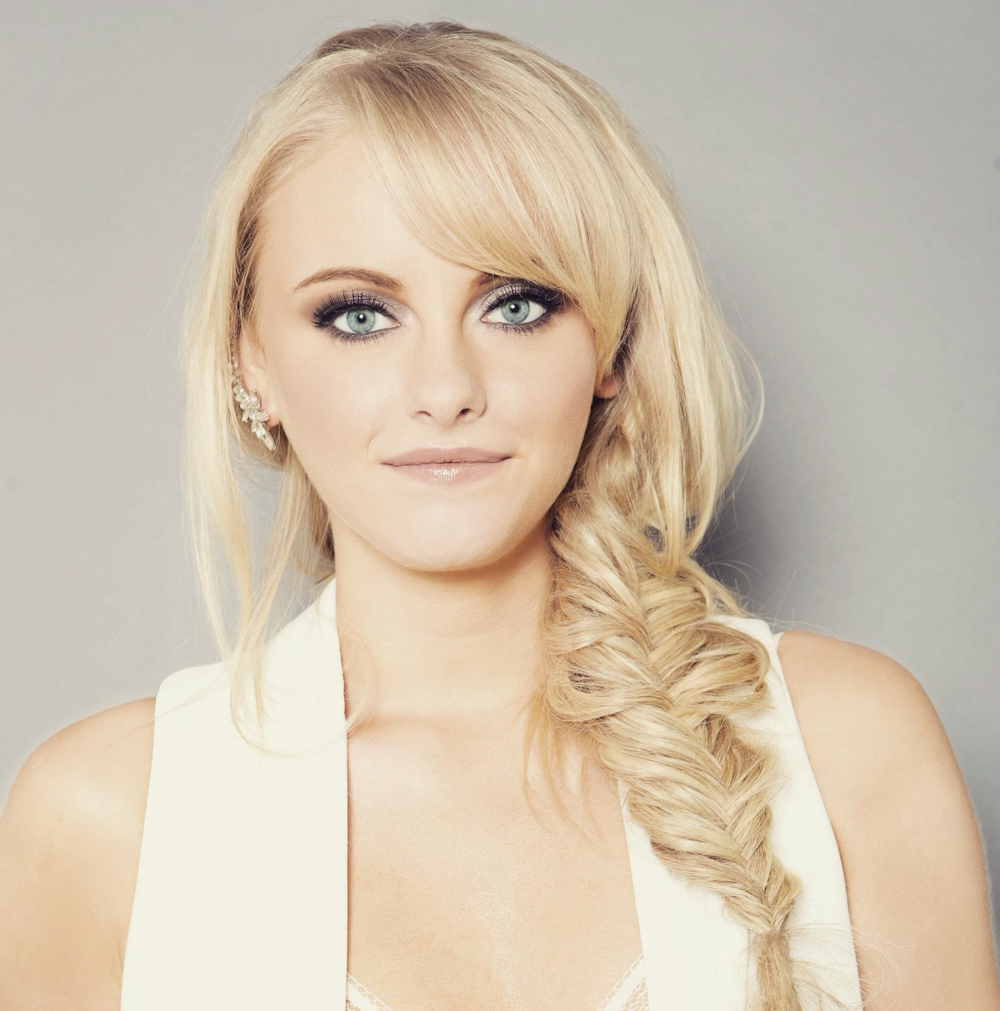 It’s been a living nightmare recently on Coronation Street for Sinead Tinker and by the sounds of it, it’s not over yet!

Over the years Sinead has been romantically involved with Chesney Brown, got tragically paralysed in a bus crash, went on a wild camping adventure with Paddy McGuinness, finally married the love of her life Daniel Osbourne and now is going through her biggest story line ever of being diagnosed with cancer whilst being pregnant.

We got VIVA Ems on the blower to McGlynn to chat everything Corrie, Mummy’s Star charity and running the Greater Manchester Run with co-actor and on-screen hubby, Rob Mallard… 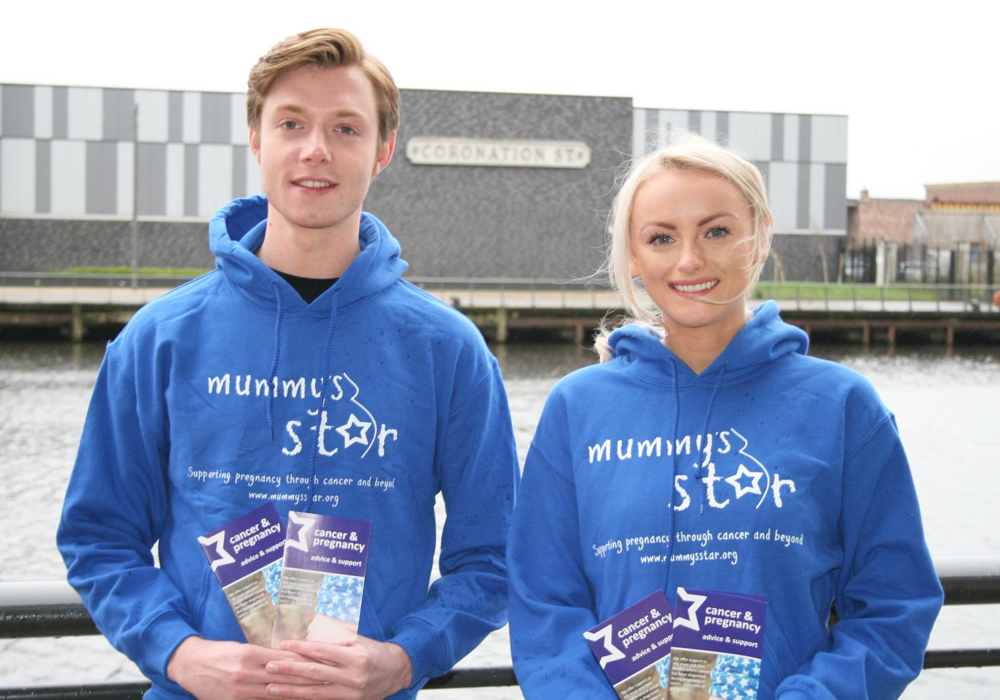 VIVA Ems: Great news that yourself and Rob who plays your on-screen husband Daniel are new patrons with Mummy’s Star, what has this roll involved so far?

Katie: Yes, we are really honoured to be part of this amazing charity. So far, we’ve been raising more awareness through the platform of Corrie and we’re both running the Great Manchester Run.

We want to make a difference as it’s a small charity that not many people have heard of and it’s a taboo subject! Before I did this storyline, I wasn’t even aware you could get cancer whilst being pregnant, it’s become an important charity close to my heart because I’ve been working so closely with them throughout this storyline.

VIVA Ems: From what you’ve experienced playing this storyline so far, what advice would you give to any mothers going through the same nightmare as Sinead.

Katie: To remember at the end of the day it’s your decision as a mother, there’s no right or wrong answer and be true to yourself. But make sure you ask love ones for help and support and to get as much advice and help from Mummy’s Star charity.

VIVA Ems: I’ve always wondered if new-born babies that you’re working with on set are real? Or are they fake babies like the plastic ones the Love Island people get given to look after?

Katie: Ha-ha sometimes we do have a fake baby if it’s in a pram or asleep and you’re not really seeing it, or for us to practise with we use fake dolls.

At first when my baby Bertie was so poorly and so early, he was so, so small we had to get a special doll because we couldn’t affectedly get a baby that small, it would have been dangerous.

But now we have a real baby on set which is a joy!

VIVA Ems: Playing an intense story line like this I can imagine you get a lot of heart felt stories from fans on social media going through the same thing or know someone close to them that is!

Has there been one story that has stuck out for you?

Katie: Yes, I’ve been getting a lot of messages from people that watch the show and all of them have been heart breaking. I always tell people to seek help form Mummy’s Star as I don’t think I’m equipped to give people official advice they need to speak to a professional, but it’s been so humbling people coming forward and messaging me.

VIVA Ems: If you could write a storyline in Corrie for Sinead what would it be?

Katie: That Sinead was a murderer! I think that would be fun and unexpected! But she would have to kill them for a specific reason. The cliff hanger would be – would she do it would she not? You’d have to find out and see, I think she would, she’s secretly a feisty one.

VIVA Ems: If Sinead was to have an affair with someone in Corrie who would you want her to have it with? It can be male or female!

Katie: Ha-ha I think she would be quite funny with David Platt, played by Jack Shepherd. We’ve had a few scenes together and their characters are so far apart, it would be hilarious if they got together. 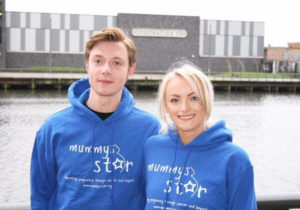 You and Rob are doing the Great Manchester Run next month. Have you been training together? And if so what sort of training?

Katie: We haven’t been training together yet, but we are planning to. I’ve been doing my normal training down Ultimate Performance and I’ve also been going to Blaze at the David Lloyd in Trafford Park, which is high intensity cardio mixed with weights, plus I’ve been doing a bit of swimming and going running once a week.

VIVA Ems: Ya sounds like you’re taking it easy with all the above ha-ha!

I hear Robs never done it before, does this mean you’re going to be first one to the finish line? (Place your bets now)

Katie: Rob is not into fitness what so ever! But he’s joined a gym and has been going swimming and doing short spirts of running to get into it, so this is a huge challenge for him.

VIVA Ems: So, you did the run last year and vowed near to do it again! What’s going to be your strategy this year after learning from your previous experience?

Katie: Yes, I did vow never to do it again as it was so hot last year, I nearly fainted over the finish line. But I’m happy I’m doing it again now as I’m running for such an amazing cause.

My strategy is to not over train, last year I did a lot of 10k runs leading up to the main event, and I really didn’t need to, then by the time it came to the actual day I was all run out.

I’m going to be more relaxed with it this year and make sure I have some good music on my headphones, some banging house beats all the way round!

VIVA Ems: If you could have anyone person cheering for you at the finish line who would it be?

Katie: A lovely lady that I’ve met through Mummy’s Star Charity called Rosy who suffered a similar case to my character Sinead, but she had breast cancer. Rosy is a real person who’s lived the nightmare so it would be great to see her face at the finishing line.

VIVA loves her and Manchester loves her too! Get behind Katie on her mission to take on the Greater Manchester Run again by clicking on the link below to donate money for Mummy’s Star Charity…