Women splash out £700 during their pregnancy – on maternity clothes

During the nine months they are carrying a baby, women will buy 21 new items of clothing, including two pairs of jeans, three pieces of new underwear and one dress for special occasions.

But these clothes will only be worn, on average, from 16 weeks into the pregnancy, until five weeks after they give birth – leading to many seeing maternity wear as ‘fast fashion’.

And while more than a quarter donated their old pregnancy clothing to others expecting a baby and three in 10 donated them to charity, a tenth admitted to simply throwing the items away.

It also emerged more than a sixth believe clothing brands and retailers are not doing enough to encourage sustainable maternity wear, with two thirds adding that the sector should do more to reduce waste.

One in 10 even claimed they would rather spend more on an item if it is eco-friendly.

Geoff van Sonsbeeck, co-founder & CEO of maternity brand Isabella Oliver, which commissioned the research to encourage a ‘buy less, care more’ attitude after introducing an industry first Pre-Loved initiative, said: “The research shows just how
affordable maternity wear actually is when you put it into perspective.

“It’s time for significant change in our industry. We believe in producing less but at a higher quality so that the clothes can be worn pregnancy after pregnancy, so the impact to the environment is vastly minimised. 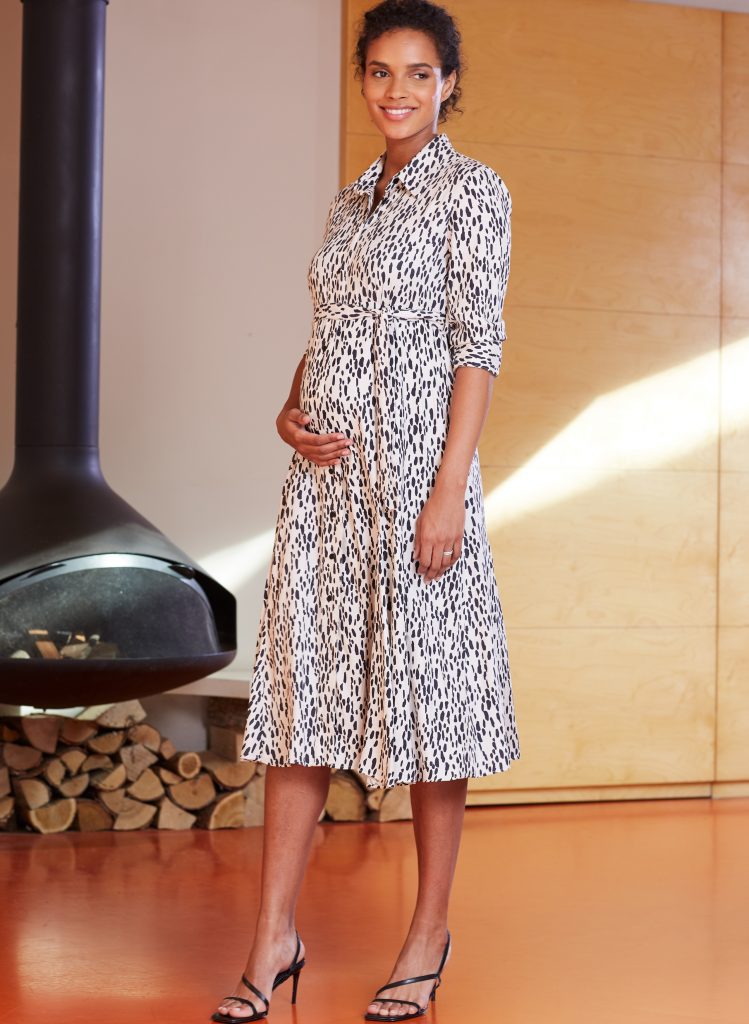 “The goal of the Pre-Loved programme is to decrease the levels of maternity wear production and radically reduce the maternity fashion waste going to landfill each year.

“With 50 per cent of net proceeds from Pre-Loved sales being donated to a selection of maternal charities we are committed to reducing the environmental impact of maternity clothing.”

The study, of 500 mums who have had a baby in the past five years, also found that during their most recent pregnancy, an average of three items of clothing were second hand, either from a charity shop or peer.

Of those who had successive pregnancies, four in 10 said all of their maternity wear was re-worn, but nearly one in five items did not last the full term.

Three in 10 said the quality of products was important when sourcing garments, while more than a quarter looked at the longevity of an item.

But one in five wanted versatile items which could be dressed up or down.

Surprisingly, the items mums-to-be struggled to find the most was casual wear, followed by work and outfits for special occasions.

And a third of those polled admitted they got ‘frustrated’ when shopping for maternity wear, with 43 per cent wishing there were more choice on offer.

Overall, two in five didn’t enjoy shopping for clothes when they were pregnant, because of the difficulties in finding suitable and comfortable products.

Almost a quarter found it hard to find clothes which complimented their figure and as a result one in four felt ‘fat’ and ‘frumpy’.

Geoff van Sonsbeeck added: “At Isabella Oliver we offer a variety of choice, comfort and quality in our products, allowing our customers to feel their most confident when pregnant.

“This past decade has been about the world waking up to climate change.

“On the eve of the next decade, we must make it a green one.”